Yes, Steve Atwater gets the banner pic.  He fucking earned it.  The Smiling Assassin was a childhood hero, and remains a damned fine human being.  Another thing to celebrate in this damned fine season of FITBAW.

Of course, there was the little matter of Sunday night’s game.  Fat Andy v. Baby Shanny.  Mahomes-y v. the ceiling-shattering Janeane Garofolo.  Plenty to be happy for, no matter the final result.  No Belicheat nor Dreamboat anywhere in sight.  Fuck and YES!

Pre-game was horrid (even muted), and I will say nothing of commercials.  You have annoying co-workers and/or aunts for that.

Fuck me, there was all kinds of motion and shifting in this mofo.  KC went behind early (again), but this time only by 3 before a nice, long TD drive at the Q1 death.  Fat Andy did right by going for 4th and 1 on the Tomsulas’ 5, and surprised everyone (at least me) with a run up the gut.  Playing against tendencies is well-important, even if you might look silly when it backfires.  I like all the adjustments both sides are making thus far.

Against typecasting, it was the CHEFS’ D-line that make the first major impact, pressuring Janeane into a pickerception.  You have to think KC would feel good with a two-score lead.  But despite another 4th and 1 conversion, the drive bogged down and they settled for 10-3.  Punch, counter-punch.

Colonel Mostert and one-armed Tevin Coleman smashed back.  Janeane settled down, too.  Then the fullback caught a touched down and every white man over 60 came simultaneous-like.  Yes, we can has tie.  And Saleh’s charges made sure a tie it would stay in time for half.  Huzzah, all HT moneyline bettors – y’all done pushed.  Crucial OPI BLEERGH to prevent a Tomsulas FG, after some really smart punch/counter-punch timeout game of chicken.

Tomsulas get the ol’ pelota to start the 2nd half.  They would throw successfully down the field, until Baby Shanny decided to be un-frisky on 4th and 2.  42-yarder is good, Santa Clara back into a slender lead.  Mahomes took his turn to make a pickerception.  That Fred Warner dude is underrated as fuck.  As good an all-around LB as you’ll see.  I’d say these defensive coordinators brought their A-games.

Peoples also don’t talk about Deebo! enough.  A better version of Tyreek Hill, who also isn’t a (known) piece of shit.  This Tomsulas bandwagon might just last awhile.  Colonel Mostert made it to the touched down place, now Kansas City is in trouble.  Playing Santa Clara from multiple scores behind is a very not-good idea.

Then Patrick made pickerception #2 on 3rd and 6.  Yeah, already in FG range, but you have to be thinking TD there.  It was just a poor throw.  Because Santa Clara has the best DL in FITBAW, by a factor of around a billion.  Made things tough on the young QB.

All of a sudden, Mahomes remembered he was good.  A perfect “drop in the bucket” to surprise hero Sammy Watkins took us to the 10, and Fat Andy called/designed the perfect play on 3rd and goal.  Surprise hero #2 Damien Williams scored his 2nd TD, juuuuuussssst before stepping out of bounds.  24-20, but still plenty of time and 3 timeouts for each squadron.

Santa Clara had one chance, but Emmanuel Sanders seemed to pull up a tad lame, on a bomb that was just a tad overthrown.  That combination of tads would be the difference, as KC took over on downs a play later, leading to Damien Williams score #3 in clock kill mode.  31-20, and everybody in the world breathes a big sigh of relief for Andy Reid.

As a Broncos fan, I recall what it was like for Elway/the franchise to get that 800-pound gorilla off our back.  It is stupid, but I cried like a baby.  Championships are something special.  Relish it, The Revanchist!  And congrats on a fantastic season, Ms. Nel and Madame Covalent.  I suspect both of these QB/coach combinations will be back.

The 2019 NFL season was a true treasure.  We don’t get many like this, so I feel it is important to savour things.  Thank you for reading.

Re, halftime show: I had to watch it. Bad Bunny was performin’ and Shakira’s great. No complaints about JLo. Hell, everyone in the world deserves moar Spanish and crotch shots.

(and the idiots that thought it was Tejas)

And thus, it is over. Now I face 6 months of shit sports: basketball and baseball. But lucky for me I’ll be freezing or sweating my ass off watching my spawn play lacrosse and golf.

Also, while I enjoy thick ladies, boobs, and shimmy shakin’ hips – what in almighty fuck was that halftime show all about? I mean, I know NOTHING about choreography, cause I’m a straight white boy, but that shit looked majorly uncoordinated.

How many Trumpites fucking shit their La Z Boys when they trotted out the US/PR flag? 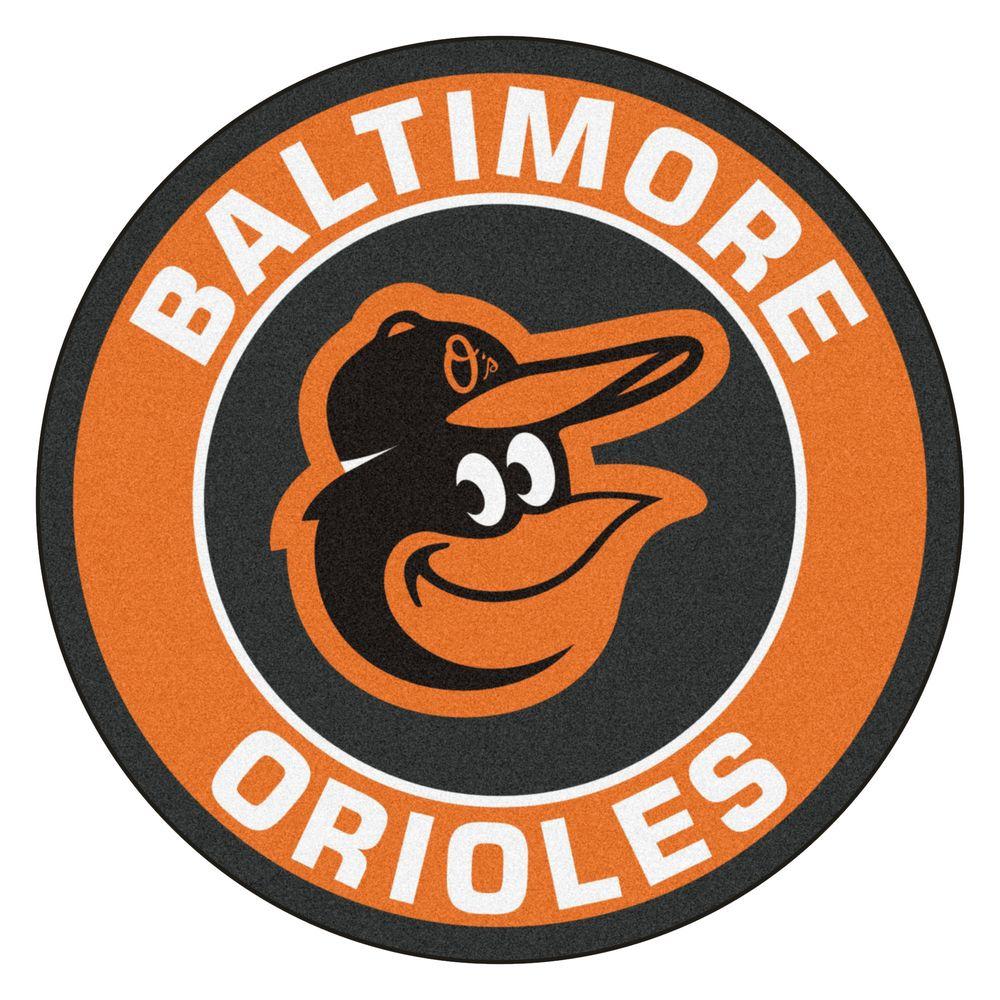 I actually have TWO Balmer starting pitchers on one of my DMB squadrons. I suspect this won’t end well.

Anything Means and Wojo give me beyond this replay season is gravy. My rotation…is just not good with Carlos Martinez stuck in relief.

“ How many Trumpites fucking shit their La Z Boys when they trotted out the US/PR flag?”

I feel their pain. And, would add to it.

It was a good game, and even though I hate the Chefs I enjoyed it. Didn’t watch the half time. Seemed as though the theme of the commercials was “we need at least cameo of a recognizable celebrity to overcome deficiencies in our ad writing.”

I have no idea when/how my Chefs hate mellowed like this. Likable QB and head coach, but shit, Tyreek Hill is there.

When I do manage a complete thought, I think of Our Equine Lord and Saviour finally breaking through for the franchise. Just felt SO FUCKING GOOD to shed that unfair “loser/choke artist” label.

Fat Andy had the same, unfair label/gorilla on his back. He’s the rare “universally beloved” dude in coaching circles. You had to smile for him, and his long-suffering FITBAW spouse – who seemed MOAR intent on celebrating and grabbing the mic than Andy.

Going to miss seeing these until next season starts. it’s by far the best thing about Monday morning.

I’m thinking if Hippo has a weird or bad weekend that he should chime in with one of these every now and then….. it may be cathartic.

Exactly…. in the dark.

You see, that’s what I miss with pills instead of actual heroine. That whole never knowing exactly what strength one is getting. It would be SO COOL.

So, we lose Hippo to the Odinsleep now?

so it is written, so it shall be

I think it’s more “Hippo grabs a 12pack of beer from the corner gas station, and wonders off into the wilderness until NFL Preseason Week 3”.

When you have more than one Tad…you’re gonna have a bad time.

Honestly unless you are from Philadelphia, you can’t help but be a bit happy Andy Reid won one. He doesn’t seem that hateful of a guy.

Yeah I thought SF was gonna put it away with a two-score lead.

Is there any teams left without coaches who are waiting to cannibalize these staffs?

Most NFL teams lack that killer instinct and don’t know how to finish the game. They don’t play to beat the other team; they play to finish with the higher score. That allows the other team to catch up and beat you in the last minute or two.

I mean, it’s not like Kyle Shanahan is known for that….

Great; another tired meme to replace the Reid playoff one. Still funny tho.

That may be true in a few cases, but for the NFL with the current state of the rules it it easier to lose a lead because of the passing and QB/WR protections. A lot of teams will use the “killer instinct” and keep “the pedal down” by going out and throwing and have some quick three-n-outs. The team that is ahead has shown their cards on how they are going to attack the other team and make less adjustments because what they are currently doing works. With the running game less emphasized it is more difficult for teams to close out. Another factor is that due to the nature of the game defenses wear down. For other sports; before they changed hockey a bit if you had a one or two goal lead all you had to do was go into the grab and interfere game and no comeback was possible. Bottom line is they pay both sides.

They should play as Fulgore then.

I was certain, after that pickerception. And I don’t think Baby Shanny or Janeane really screwed anything up. KC just stepped up and snatched the title belt away.

The best kind of FITBAW. No hawt taeks.

And thus ends another season of teh Hippo Thoughts. Unless…

Anything for mandatory viewing between now and September?

We have not discussed XFL ’round these parts….so Aussie footy it is!

Balls will have y’all covered (in the Monday slot, heh, PHRASING) on that front.

I will just rant about Everton a bit, and do my #BFIB routine in the comments. Otherwise, off-season all about keeping one’s head out the oven.

Dear #BFIB – your organization seems to have the momentum of a runaway freight train. Y r u so popular??

Alternate – heavy is the thighs that wears the jorts

And just as your off season begins, mine is over.
/ punches time clock

I do so very much enjoy your machinations!