Stay strong, friends.  The yawning chasm of the Off-Season is upon us, but we’re going to make it through this. Together.

We have real Oscar coverage coming, but I figured I would kick things off with my traditional I Ain’t Seen Shit preview.  Like  most of you, I have not seen most of the nominated movies.  However (like any good American) that does not stop me from having Strong and Deeply Held Opinions on the subject.  As a service, I will now share them with you so you can sound Intelligent and Worldly at your significant other’s BFF’s Oscar Party.

Ford v Ferrari: Vrroom! I actually saw this one. Essentially it is the semi-true story of two arrogant industrialists trying to prove which of their micropenises was bigger, and the wonderful automobiles that came out of it. Don’t be fooled by Jon Bernthal’s performance – Lee Iacocca was a weaselly cunt who fought environmental and safety regulations with every fiber of his being instead of adapting and succeeding. It’s a pretty decent waste of 2 hours. No chance it wins.

The Irishman: a shockingly frank biopic on the amazing life and tragic death of Lucky, the Lucky Charms leprechaun. Nice to see Martin Scorcese branching out from his usual glorifying-violent-white-gangsters.

Jojo Rabbit: saw it. Had some really good moments, but it’s deeply flawed and often hits the wrong tonal notes. And that’s not something you can afford when your walking the Nazi-comedy tightrope. There’s a reason Springtime for Hitler was a joke idea for a musical.

1917: continuing the prequel trend, this followup to Steven Spielberg’s “1941” casts Jim Belushi as a crazed, cigar-chomping balloon pilot on the Western Front. Shot to appear to be one continuous shot, for some reason.

Once upon a Time…in Hollywood: Feet and the n-word.

DOOOON’T CAAARE. I suggest you watch The Replacements, both the finest football movie and best Keanu Reeves joint ever made. Closer to real football than the XFL anyway… 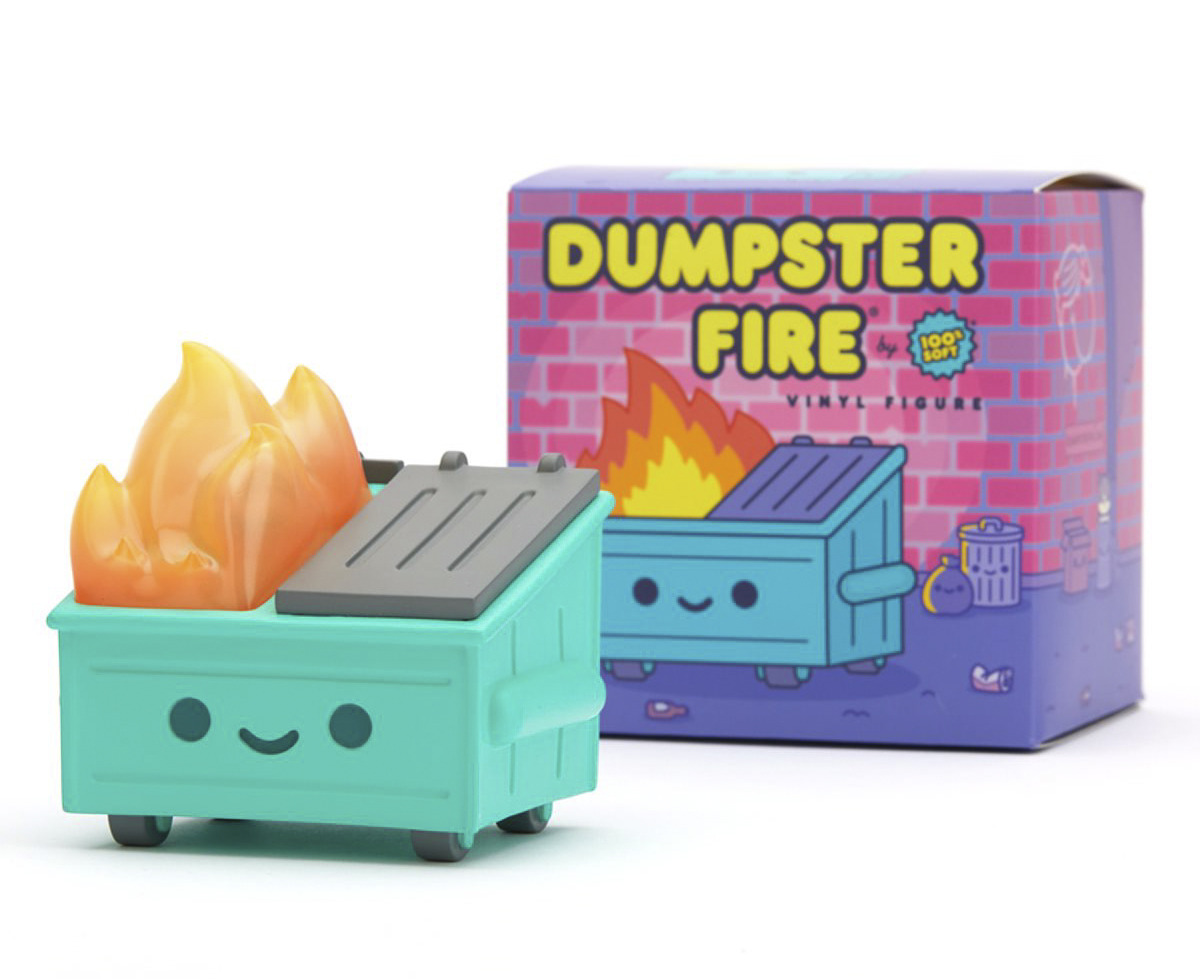 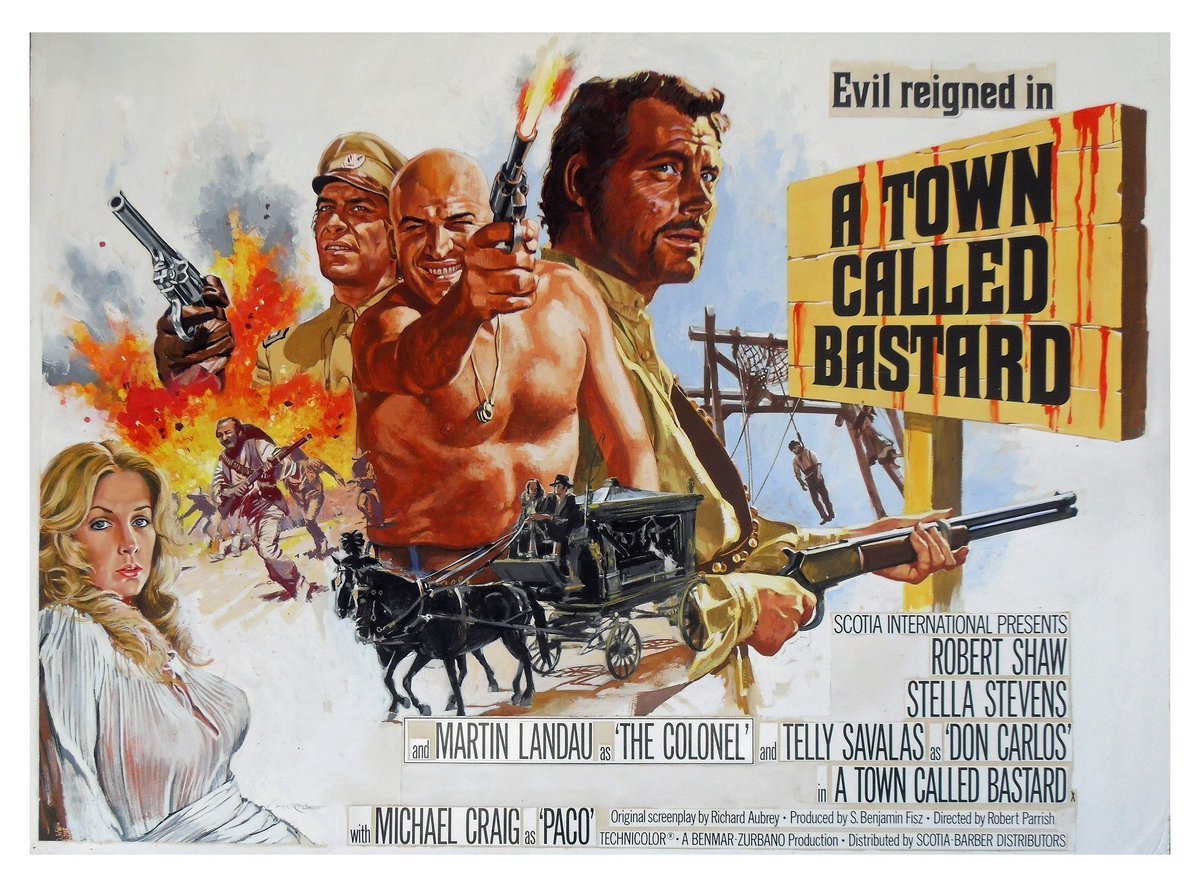 I’m just now reading about the Iowa Caucus in the New York Times (so at least I’m not getting this info from Fox or fucking Twitter) and it just amazes me how completely stupid all these people are.

Well, at least he didn’t further tarnish the office of the president by awarding the countries highest civilian honor to a criminally dishonest, partisan demagogue and felon who has spent the majority of their lives deceiving and doing damage to the public, becoming rich off of deliberately stoking the tension and division of the country, mainly just to award that person’s uncritical sycophancy towards the president; having become an expert in playing off the president’s egomania…… Oh wait…

At least he didn’t do that.

I’M WRITING AN ANGRY LETTER ABOUT THIS:

My take on yesterday’s shenanigans:

They take a lot of shit, but they’re probably my favorite band of the last ten years.

Politics is the abusive relationship I can’t quit, and I’m not even sleeping with it.

I really wish that the Dems had listened to Maher, and invited the 25 women who have accused Trump of sexual impropriety to the SOTU and sat them right the fuck up front, just like the Repubs did with the three accusers of Bill Clinton during one of the Clinton/Trump debates back in 2016. Turnabout is fair play.

You are absolutely correct, I am just cuffing my carrot here.

Did Pelosi give another sincere but artificial looking clap for Trump?

Not watching, but I certainly will be disappointed if she did not.

She ripped up the transcript. But he also didn’t shake her hand at the onset.

LOL LEGIT
Nancy Pelosi immediately RIPS IN HALF
the speech that the president just gave….. 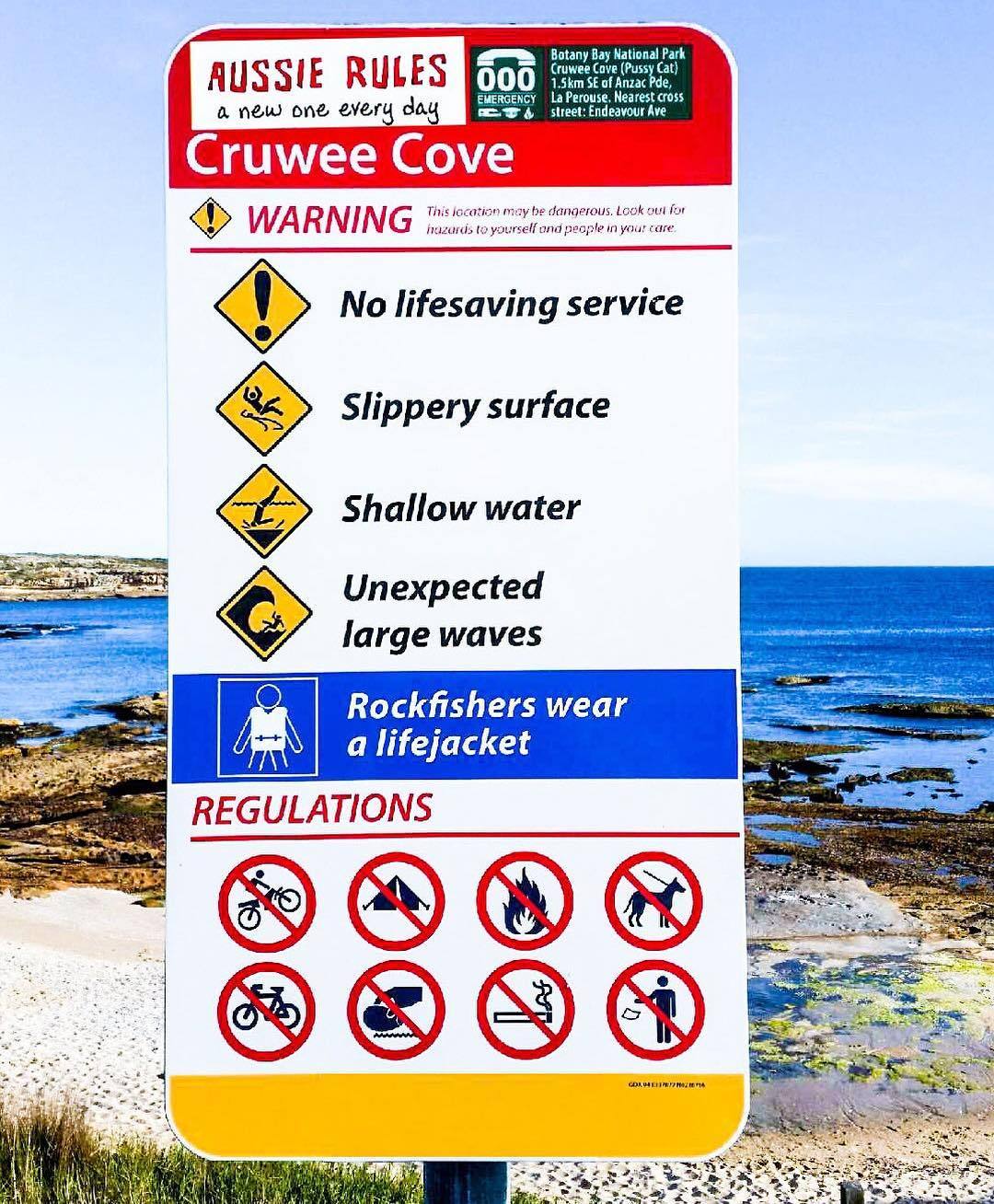 What a fucking child. 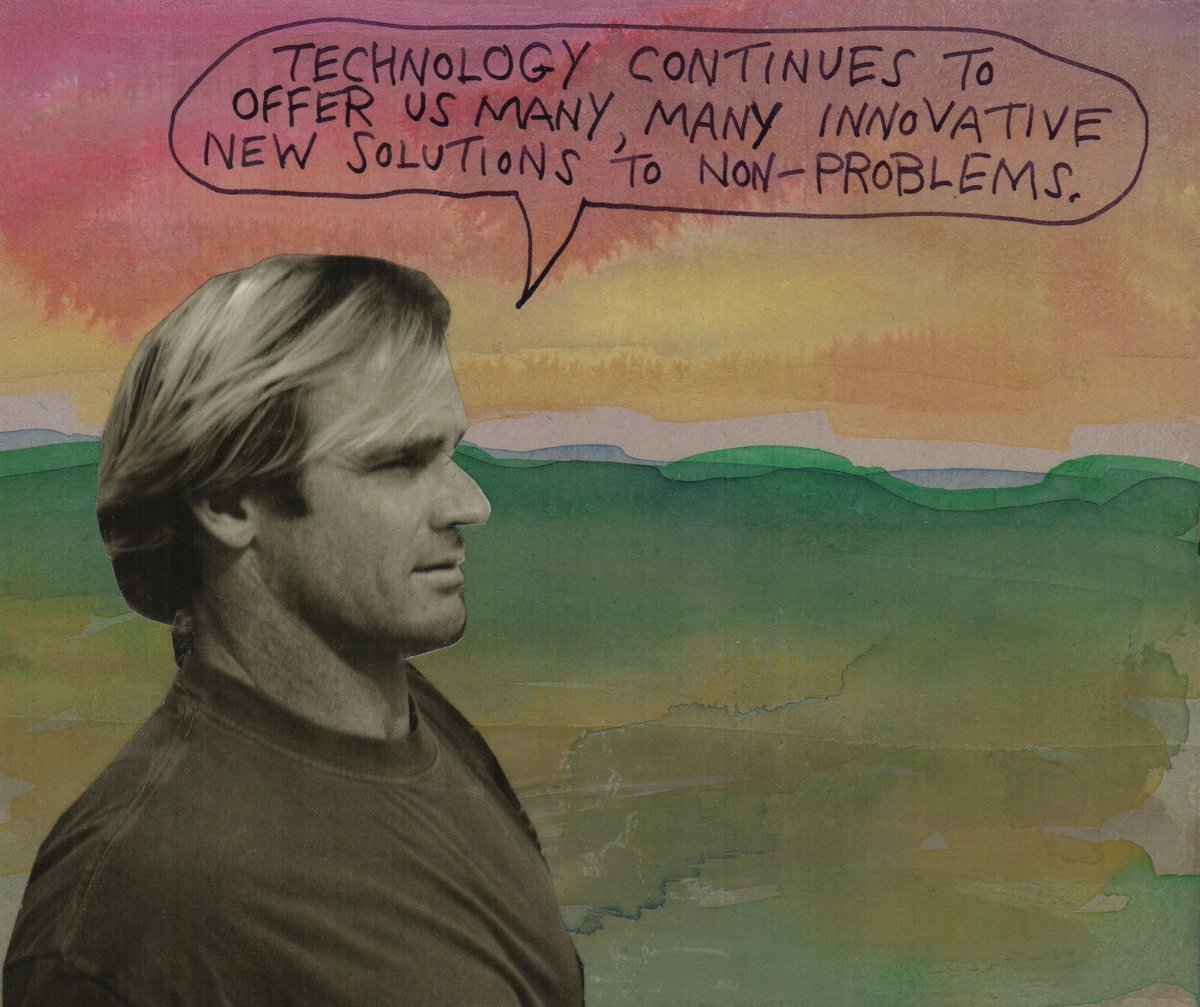 LOL
OMG
A surprise Military Family Reunion during the State of the Union?

Probably a person from a foreign country who served and will now be deported. It’s happened plenty of times before, do not see it stopping.

quick question:
Will the president start a war before the election? 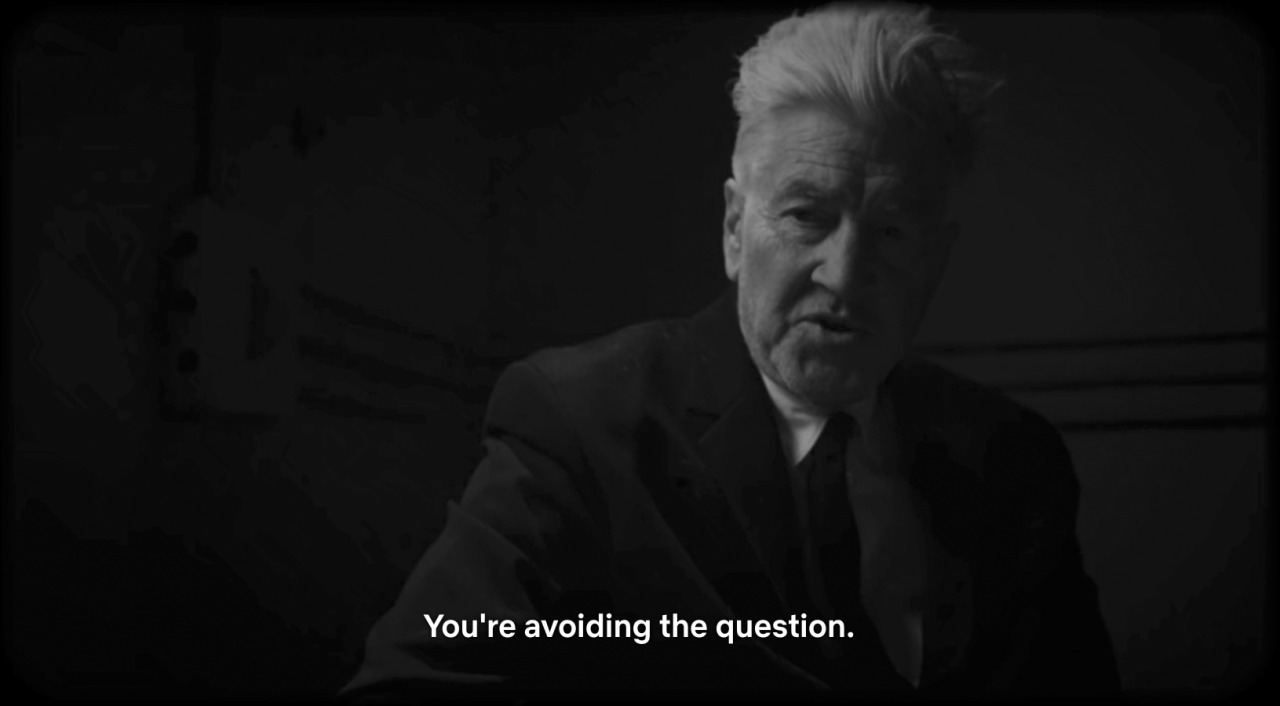 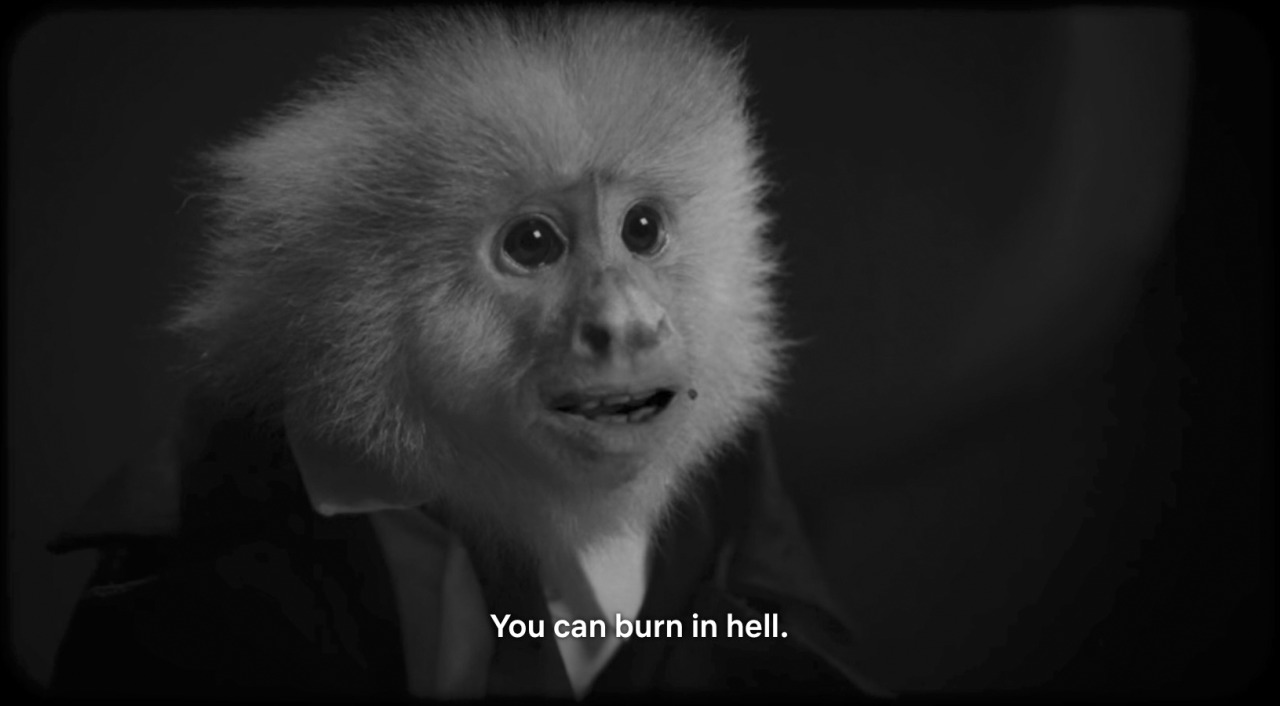 Where will the president start a war before the election?

I think a civil/race war is what he’s aiming for, right here in the USA

“Our top story tonight, Friday, February 4, 3020, the Confederation of the Sol and Alpha Centauri Solar Systems met with representatives from the Andromeda Galaxy at the Neutral Planet to begin the peace negations to end Galactic War IV.

On the lighter side, the Democratic Party of Iowa has announced that they expect to get the final results to the 2020 Caucus any day now.” 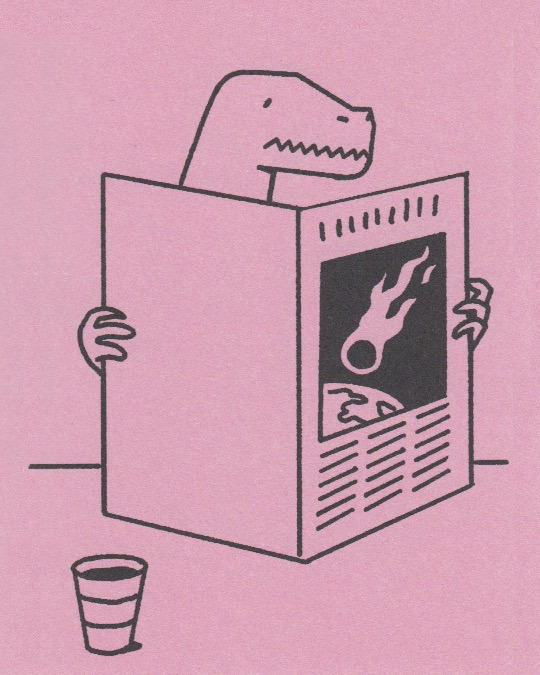 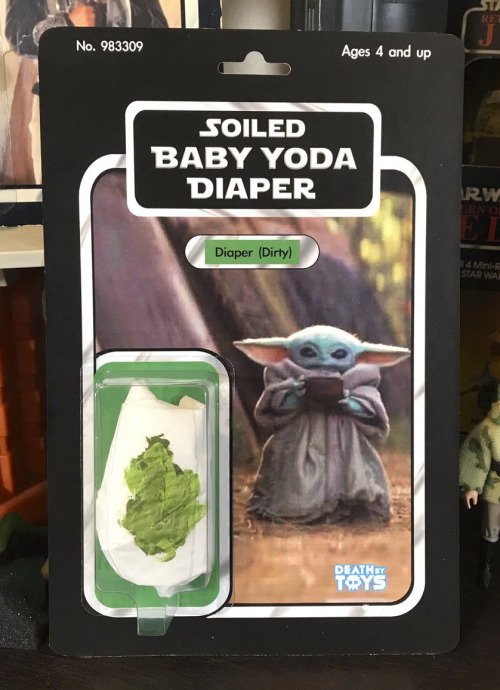 whait wait…..what???
the president just awarded the medal of freedom to Rush Limbaugh
DURING the state of the union? 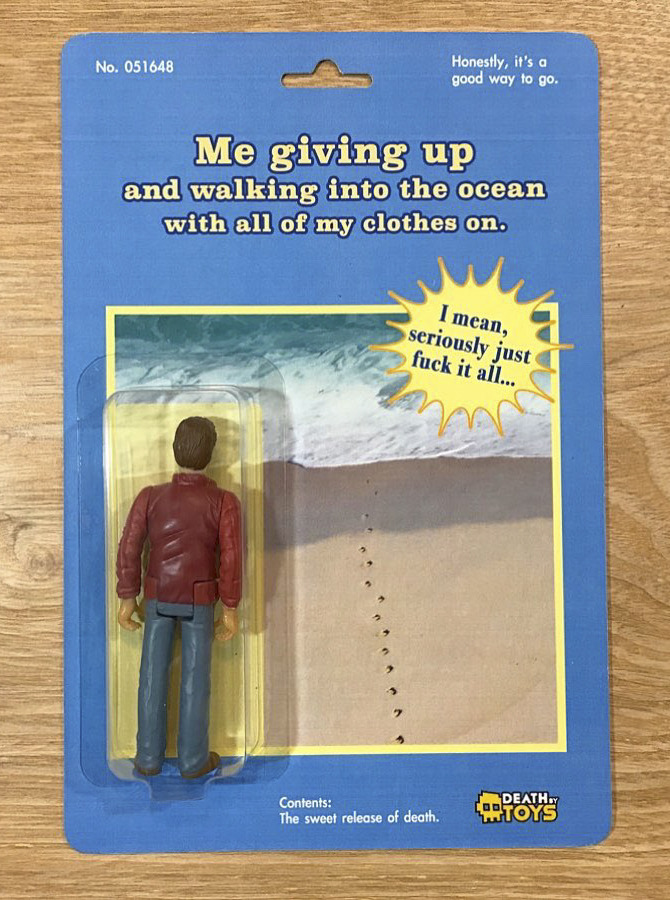 “Would you please get us some ice from the machine?” 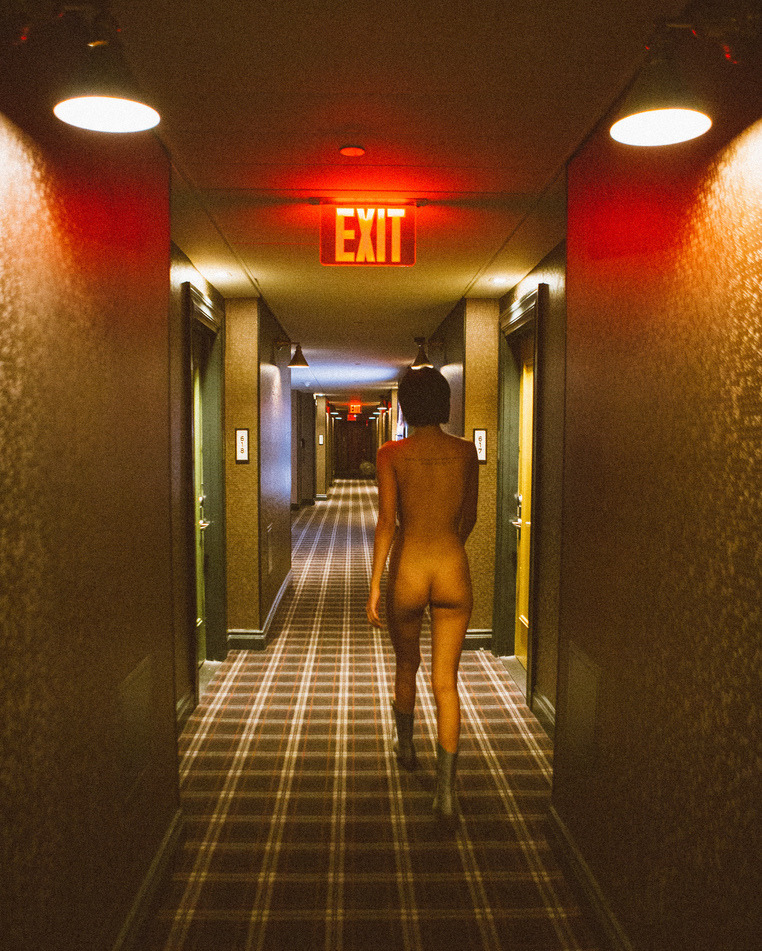 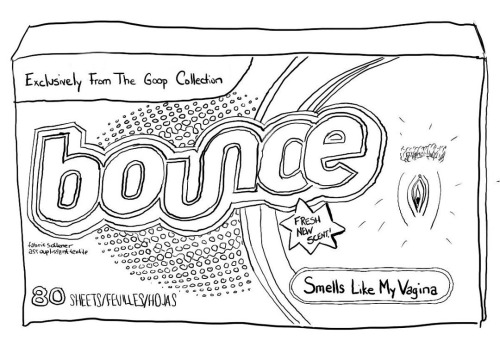 I worked in a factory where they made the Bounce scent they put into the dryer sheets. Your joke isn’t that far from the truth.

I would have showed up for work early.

I had a buddy that worked at P&G up in Southern Ohio. HIs specialty was laundry soap for export to Mexico.

My vote for best fitbaw movie would be Water boy. Runner up would be “Any given Sunday”

Forgot about that one. Good call

The MASH one is worth tracking down the whole game/movie, I couldn’t find it on Youtuble.

Agreed, but “The Replacements” gets my #3. 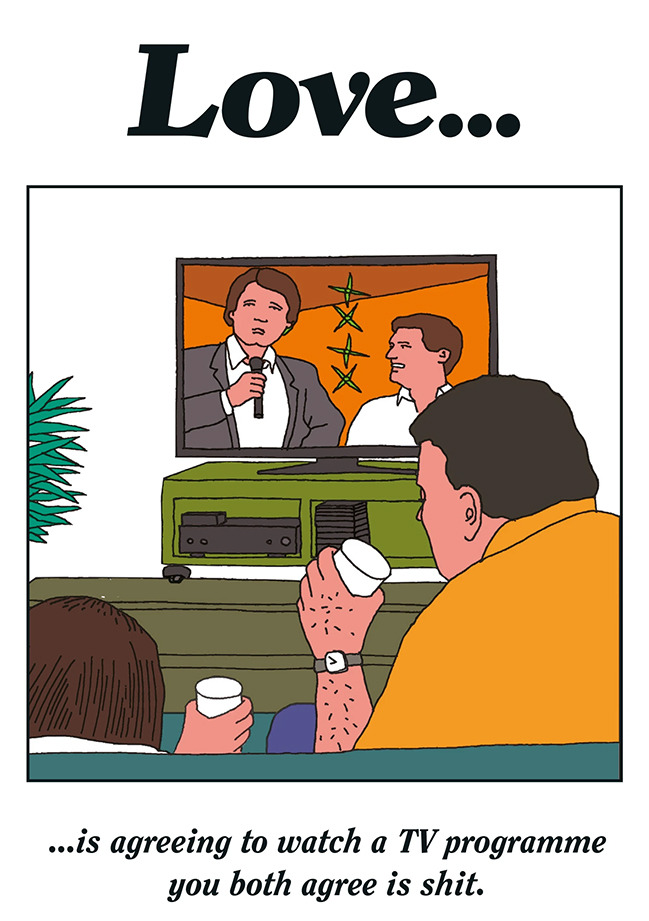 If Obama had gone on stage at a rally with his 5 children from 3 different wives like Trump did back in 2016, imagine the outrage from the right.

I’m treating tonight’s State of the Union like how Captain Picard treated the Bible when he went over to the evil Mirror Universe in the novel “Dark Mirror”; I’m curious about it, but ultimately I’m not watching because I’m terrified of its contents.

I can’t stand to listen to Trump’s voice, so I am going to have to wait for tomorrow to maybe just read transcriptions or catch clips of the most insane moments. Which of course may end up being the whole thing. Who will be our Leni Riefenstahl?

LOL
AMERICA!
“The place where the action is.”

I would have expected that slogan from the American Athletic Conference instead.

/Also it would be a lie 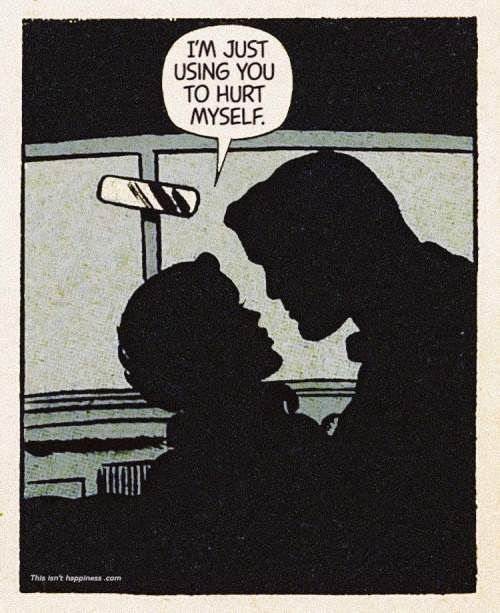 And voter suppression to boot

Just the eligible who didn’t vote would have soundly beat Trump.

Has Order 66 been executed yet? Order 66 being two large number 6’s, of course.

When you execute them they’re just hookers, Cyril!

Yikes.
Rush Limbaugh sitting next to the first lady.
Alright…

Hope he coughs up some cancer sputum on her.

I vote for The Program as best football movie. Steroids, illiteracy, and alcoholism. Whence true football stars are made.

It’s a shame they cut the street chicken scene. Does anyone else also remember Lattimer smashing in car windows with his head?

hanging out with the roommates
watching the State of the Union
obviously smoking weed for this….
Oh my.

I wonder what the o/u is on how many minutes into the SOTU address it will be before Trump loses his shit, descends into the gallery, and tries to choke out Schiff.
And what the odds are that the Secret Service tries to restrain him or shoots Schiff.

He does not have the physical courage to do that. He would openly encourage his sycophants to do so while saying he would.

I would watch the ever-loving hell out of your version of Joker.

For a second I thought that was a for-real synopsis. Shows how much attention I pay to popular culture anymore.

Okay, so after sitting on the sidelines for way too long, I’m going to finally put my hat in the ring for party office for the 2024 Presidential cycle. Nothing huge, just chairman of the Democratic National Committee. I’m going to keep my platform so simple that even people in Iowa can follow it.

1. Reviving Howard Dean’s 50-State strategy that gave us legislative control in 2006 and kept Bush II from continuing to run roughshod over everything right and good in the world. We need it now more than ever.

2. Iowa, Nevada, feel free to keep your caucus system if you like, however until you switch to a one-person, one-vote primary, preferably with paper, mail-in ballots, we won’t be seating your delegates at the national convention. That goes for other states that I’ve missed that still run stupid, anachronistic caucus systems. Enjoy your straw polls.

3. New Hampshire. You can continue your reign as “First Primary” state. You’ve actually sued successfully for the privilege, it’s a waste of resources to fight the courts. However, we’re going to run a dozen other primaries across the nation the very next DAY.

4. Promote union labor across the workforce spectrum. My own pet project.

Anybody else on board? Let’s get this shit done. 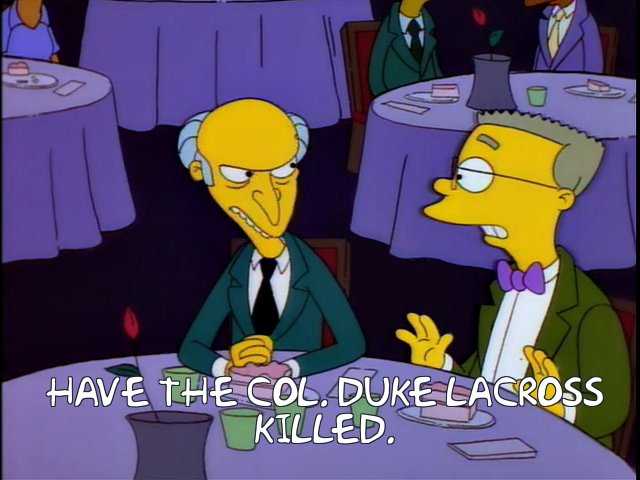 You have my vote.

The number of people who think a private (right?) political party’s primary system is a fair contest to begin with, and therefore able to be rigged, is too damn high

The term “private” doesn’t really apply. They are publically sanctioned and subject to so many laws and regulations that they are quasi-public

But ultimately the party can do whatever they want, and nominate anyone, regardless of any primary or caucus, right?
/only a member of the “Fight for your Right To” Party

I like how people actually believe the DNC is actually competent enough to rig a race for local dog catcher, let alone a presidential primary.

The 2020 Padres Spring Training cap looks like a terrible Photoshop that I probably made back in high school. 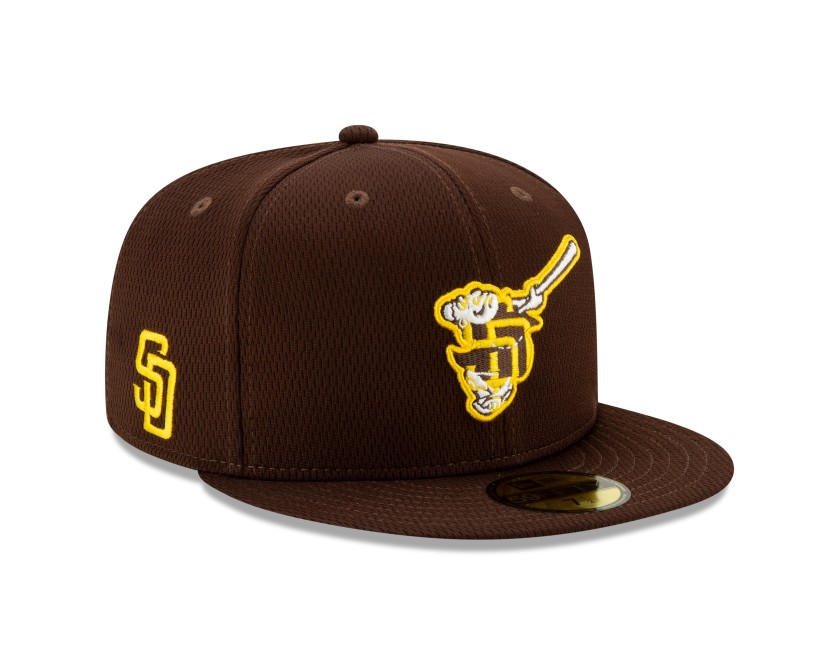 I enlarged this, and looked at it from every angle. No idea what it’s supposed to be, other than fugly!

Does the SD represent that contorted man’s intestines?

The Padres’ mascot always puts me in mind of my avatar. Ron Perlman is kind of a badass. 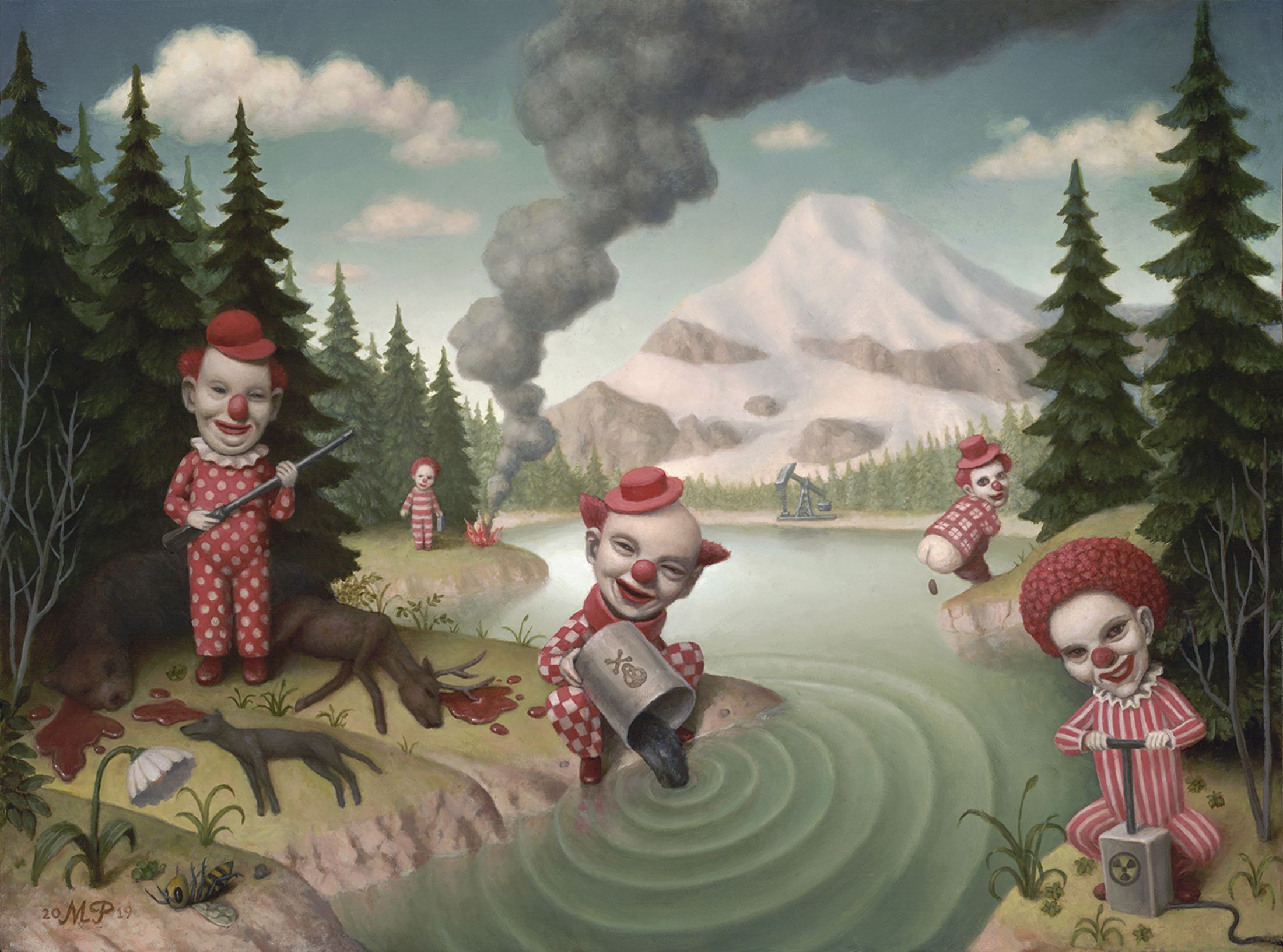 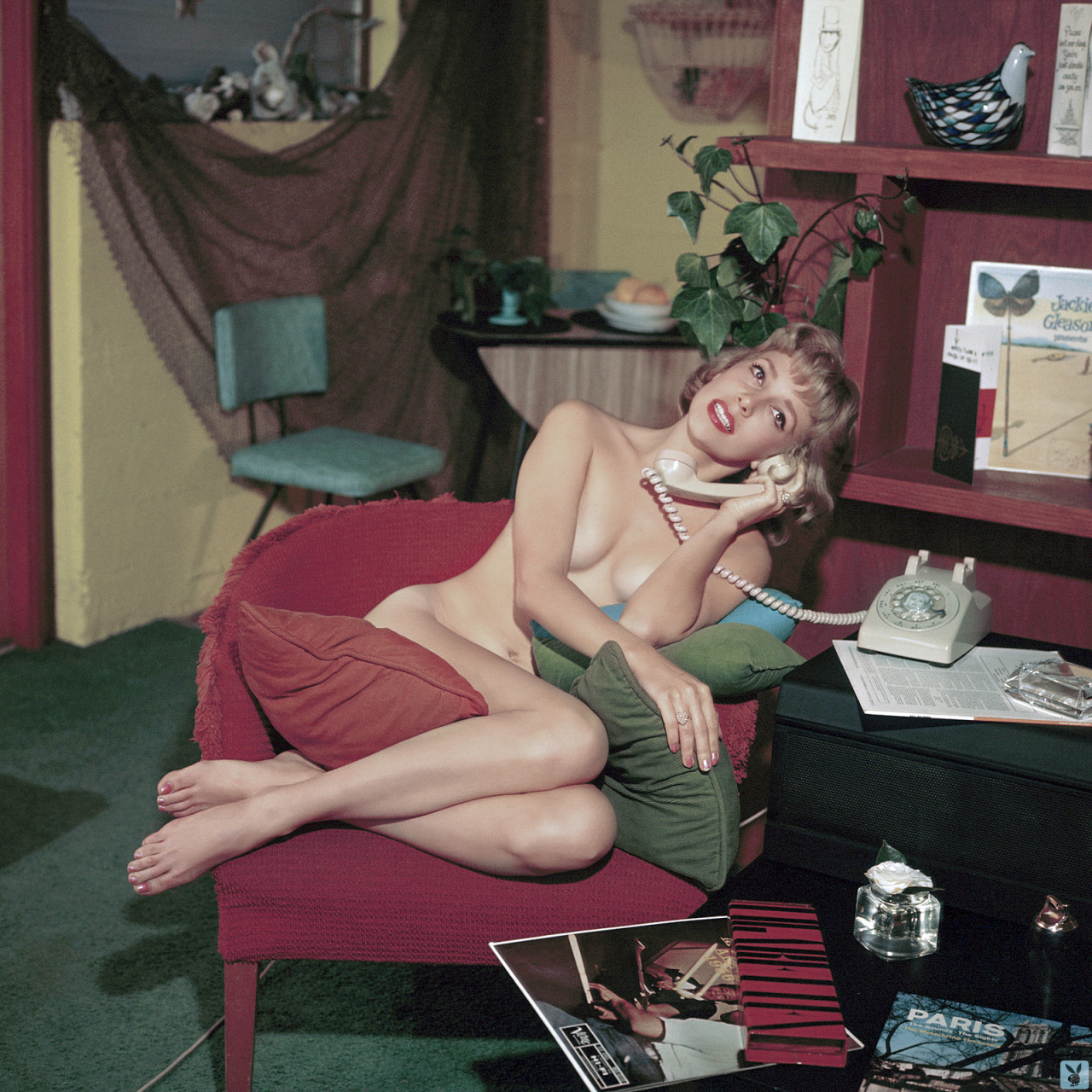 These are movies in which you speak of?