Finally, Vontaze Burfict has been reinstated after serving his 12-game suspension.

NHL Trading Deadline: among the flurry of deals

Here’s who got moved up Pierre McGuire’s fantasy board:

Growing up, Patrick’s favorite team was the @penguins and I have sooooo many hilarious photos to prove it 😂 pic.twitter.com/jzBDRkZOJg

There were other moves, but mostly involving late-round guys for late-round picks.

It was pretty obvious who were buyers versus sellers today. Ottawa got gutted like Scotchy visiting Hobotown, and will likely just turn all those picks into future Vegas Golden Knights, or magic beans. Detroit & Chicago also acquired a slew of draft picks, so their rebuilds are most definitely underway. But at least they have pieces they can build around, unlike Montreal, who were just shedding salary with no observable strategy behind their moves. The Leafs still suck.

If I were a betting man, I’d put down money on St. Louis, Edmonton, Washington & Tampa being the final four in the NHL come late-May. If the structure weren’t so asinine, Colorado would be a fourth instead of Edmonton, but the format is skewed to guarantee one team from each division, so there we are.

A fairly full sports day. Hope you’ve got time to settle down with a quality beverage & spew your hatred at what your NHL team did or didn’t do today.

Beerguyrob
A Canadian man-child of indeterminate age, he stays young by selling alcohol at sporting events and yelling at the patrons he serves. Their rage nourishes his soul, and their tips pay for his numerous trips to various sporting events.
Please Login to comment
24
68
0
22

Just learned my mom and step-dad are voting for Booty-judge, which is…fine, I guess?

I think he comforts old people with his sensible gayness as opposed to flamboyant gayness.

Ask if they can picture him center square.

I miss Paul Lynde too.

Also, Buchnevich and Double Pits to Shesty got injured in a car crash when another car made an illegal U-turn in Brooklyn.

Ocean Ave near Avenue Z? Of course the Russian players are in Sheepshead Bay.

OK, here’s a good soulful cover. I was lucky enough to catch one of her shows at UConn a number of years back. Grace can sing, just a bit.

She is good. At singing and whatnot. 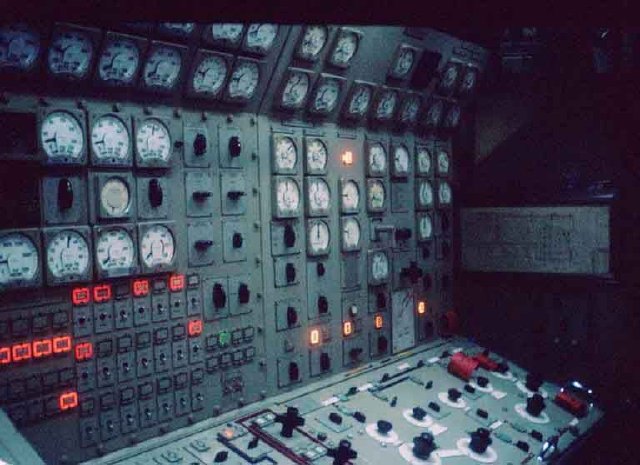 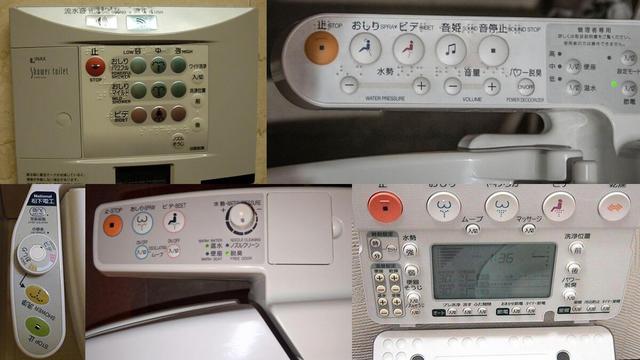 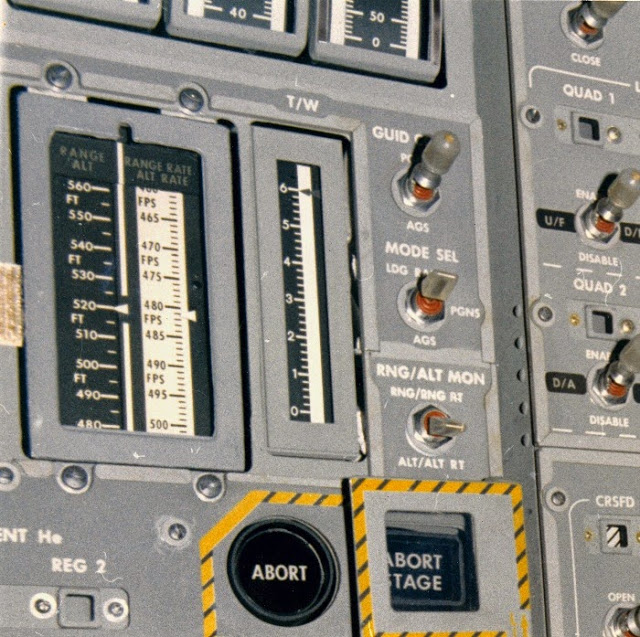 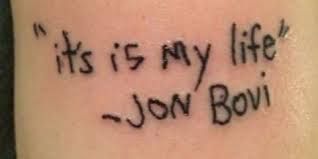 Currently is a piano version of “Where Is My Mind” that is actually not too bad.

Did we do something to piss you off? Why are you doing this?

Rikki’s emotional since finding out his dad’s not full-racist, so we all gotta pay.

Going to see these guys tomorrow in New Haven

Pre-gaming at Bar, which supposedly has some of the best pizza in New Haven, and therefore the world.
My depositions on Wednesday are going to suck.

The whole “stripped down soulful cover” thing has been so overdone it’s sickening. Basically every show’s soundtrack sounds like Grey’s Anatomy. Case in point, from the episode of Love Island we’re watching right now.

Good lord. That is terrible.

There’s a song like that on pretty much every TV drama these days.

Just watched ‘Better Call Saul’ and happy to report there isn’t on that one.

Love Island you say? I had one of those once.
– Peter Nygard

I use to see his private 727 jetliner parked at LAX with his name painted all over it, and I had to look up who the fuck he was. A 727 is so Donald Trump though; oil sheiks and offshore bankers have private 777s.

I read that Times story and, holy shit, that guy is just a fucking disaster.

He is, and so is his neighbor. I’m pretty sure his neighbor paid to have that story published.

I wouldn’t doubt it. Neither of them is doing much to persuade me that billionaires shouldn’t be guillotined.

My dad sent me an email this morning to tell me that he is not voting for Trump. He’s planning to not vote at all. So I am CELEBRATING.

Jokes aside, this really means a lot to me. Losing faith in your own dad sucks ass, and I couldn’t be happier that he proved me wrong in terms of how I had started to think about him.

My Dad is fine, but I am absolutely disabling my mother’s car on election day.

My elderly and quite racist grandfather voted Trump in ’16.
He won’t be this go ’round. He ded now.

And while I have my doubts, I’d like to think he didn’t make it to this one because of how he voted last time (and every time in his life, really).

Sorry, my ride to hell is here, I gotta go.

I’m voting for Jill Stein, because I’m a fucking ourangatan.

Yeah, we’re working on my father-in-law. He’s a good man- hoping for a Return of the Jedi redemption thing

This is the article my dad sent me. There’s plenty in there I could dispute, but at the end of the day I’m not going to complain about where he ended up.

I’ll take any small victory that moves things towards the less shitty end of the spectrum.

That’s basically what I’ve been trying to tell my wife. This is a big deal to me, and suddenly the room is fucking dusty and goddamnit who the hell has been cutting onions?

Just had my appointment to go over what to expect when I have my colonoscopy, (apparently “being very hungry” and “shitting your goddamn brains out” top the agenda), and my wife is now having hot flashes, so if anyone ever wanted to burn down a house with everyone* inside it, please DM me for my address.

*Pets and kids not included.

Set your beer fridge out at the curb and I’ll send NSZ over with some thermite.

For the night before your colonoscopy, just move your TV into the bathroom and sit on that toilet all night long. There’s no good reason to get up. You can’t eat, you’re already sitting on a toilet, you can only drink water and there’s plenty of that there, what else do you need? Stock some books and magazines, maybe an iPad or a hand-held game . . . You’re going to be doing this all alone. If you ever have to sneeze, for God sakes make sure you are sitting on that toilet with your pants down.

The actual colonoscopy is pretty effortless.

Oh, and the directions usually recommend that you get some baby wipes. Greatest idea ever. I haven’t allowed mere toilet paper near my ass for five years, I don’t care how snuggly they claim it is. I feel elite, like this is what Queen Elizabeth uses if in fact she has actually ever wiped her own ass.

Gonna see if I can get the Xbox in there as well.

They also made a big deal out of electrolytes but, fun fact, apparently you can’t drink anything red, (includes orange), or purple, because it fucks with the lining of the colon and they can’t get a good look from the 2′ long camera they’ve shoved up your ass.

That’s southwestern CT. I’m in the northeast. Just happy to be indoors.

I have a Japanese digital toilet with a bidet and a tanning light, but I only poop at work; that way I get paid for it. Portable packs of baby wipes are in every pocket of every garment I wear.

(turns on Fox News)
Newscaster: “Stock markets dropped over a thousand points amid coronavirus scares.”
Donald Trump: “The chornovirus is under control. Stock market looks good to me”

Hey, I leapt into your mom!

Paid for college, at least.

Oh, Ziggy. Will you ever win? 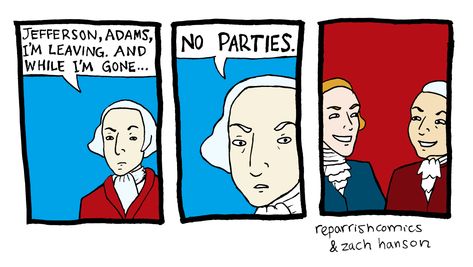 Also, I’ve been told chicken is good for the symptoms

So I have the flu for the first time in what feels like a decade, and Corona virus jokes aside, a few other things:

1. Got sent home from work. Didn’t know my symptoms were that noticable, weird cuz I was nyquilled up to the gills.

2. I have the “chills” for the first time in my life. My wearing three layers indoors. The thermostat is turned up, and I’m still shivering

I’ve got on that ride last week. Thankfully, Dayquil and Nyquil got me through the fun part of it.

I’m now in what I like to call the Phlegm Turret’s Syndrome Stage. Most of the time I’m fine and symptom free, but at random points I get a stifling cough and then I have to run to a trash can or toilet to spit out a wad of phlegm that worked its way up from my lungs.

I usually find a sink or a toilet to spit it into so I can see how massive it is.

I have now fallen asleep mid-day for 4 days running. Hopefully, I’m dying in a way that won’t entail my lungs liquefacting out of my asshole.

There are few things about being sick I dislike more than having the chills.

I find that complaining endlessly about it does wonders for me, and really clears out a room.

A little busy today, so I had to outsource some of my jokes to China; let’s see what we’ve got…
[opens envelope]
“These Pittsborgn Panguins I call them William Shakespeare because they just stole Christopher Marlowe!”
Ah those idiots! I ordered a joke about Joseph Conrad’s Charles Marlow, not Christopher!

I hope you disinfected the envelope…

Ooh, Christopher Marlow is a character in the vampire romance novel I’m reading!

Shadow of Night? I loved that!

I ate way too much for dinner tonight, then more or less guzzled a Monster Energy. I feel and look pregnant and I can hear it all gurgling around in there. I know I’d feel better if I just went and ralphed it all up but I’m determined to win this battle.

Which type of Monster?

I suppose I should do a Losers Investment Club post, given how right now the floor of the NYSE looks like the scene of one of scotchnaut’s adventures gone wrong.

Stupid trade deadline. Wish the Habs had a plan.
Fuck the leafs

At least Montreal has not lost to their own zamboni driver?

Are we sure Montreal hasn’t lost their zamboni?

I see the Kings didn’t do shit.

They gave away a few guys for picks; too many bad contracts. But they’re in full-on dump mode at least.

Why even bother going to the Combine if you’re Burrow? The worst that could happen is the Bengals still pick you and your career is ruined.

I’d show up and bomb every test. Show up so stoned that everyone you pass gets an instant contact buzz. Run a 5.9 40. Score a 2 on the Wonderlic. Miss every target throwing the ball. Turn every question into a sexual proposition. The whole nine yards.

“I know you didn’t ask but yes, my mother is a prostitute.”

“Wait, no, not my mother. YOUR mother. Fuck you, Mike Brown, I hope you get cancer.”

“Mr. Redshirt, this is your final warning. If you keep that up, we’ll take away DFO’s credentials.”

I’m actually surprised that the Sens got as much as they did for Pageau given that he must have been shopped to every team everywhere including the KHL and the WNBA.

The NHL playoff format is dumb.

[turns hearing aid to “off”]
Oh, please, tell me more.

Garrett Morris, President of the New York City School for the Hard of Hearing, has joined the chat

Gary Bettman is an international disgrace.

As opposed to Gary Beetman, who makes the best borscht this side of St. Petersburg.