Leap Years can get right fucked.  Let’s be clear about that.  This photo makes me smile, remembering when I looked upon politics with something other than existential dread.  Plus…KITTY!!  I did indeed wear this shirt to vote last night.

Also, I either ate something not-too-good, or dealt with a stomach bug all Thursday night into Friday morning.  So, this writing shall be fairly brief and to the point.

Look, you’re not waking up for Brighton and Palace (7:30, NBCSN).  Unless you are Litre’s sadistic kid.  In which case…enjoy that sweet nil-nil goodness/family time.

Only three fixtures in the 10:00 window (we have some postponements due to the League Cup final on Sunday), but only the main/NBCSN game is at all relevant.  Reeling Chelsea travel to desperate-as-fuck Bournemouth, in what looks like a “must get a result and maybe all three” game for the Cherries.  I would hate to see them go down, and want continued agony for Tory Cunt Frank Lampard.

The 12:30 match is stupid, and rightly consigned to NBCSN.  The Shite getting their bollocks licked away to Norwich…is nobody’s idea of a spotlight dance.  I am rapidly giving up on humanity at this point.

Naturally, the two best matchups of the weekend…are both at 9:00 on Sunday.  NBCSN picked United away to Hippo’s Toffees, and this should be a really good, wide-open matchup.  If Everton want to remain in the European fight, they need this win.  Period, end of.  Handsome fucker Andre Gomes should get his first post-horrific injury start, in front of the home fans.  I will be verklempt.

NBC Gold has Wolves at Spurs, not without its own European qualification intrigue.  Don’t look now, but Mourinho might be blowing up the dressing room and wearing out his welcome MUCH earlier than even I expected.  What a fuckstain that guy is, amazing some believed he could be an “upgrade” on Pochettino.  Wolves have proven that Europa League does not have to be a poison chalice, and continue to flex their Portu-muscles on the continent and domestically.

One needs ESPN+ for the Caribou Cup final (11:30 Sunday, I have a weird feeling that Villa could give City at least a test), but it’s worth it for the Lesser Footy and/or #HAILGAMBLOR enthusiast.  Especially with Bundesliga coming on board next season.

There’s some La Liga match going on this Sunday, but I will leave more knowledgeable folk to discuss.

Good morning everyone!  It’s your friendly neighborhood Balls here to talk to you about the most exciting match of the entire weekend.  It’s time for El Clásico!

This time, Barcelona will be visiting Madrid and the game will be held at the Bernabeu.  Unfortunately, the game is on Sunday, so we’ll have to wait another 24 hours to enjoy and discuss.

Sorry in advance to Yeah Right for the fútbol-loving DFOers polluting your Sunday Gravy post with El Clásico talk.

To top it off, Real Madrid lost midweek at home to Manchester City in the Champions League after leading 1-0, so their confidence going into this game will not exactly be sky-high.  A loss to Barcelona and a possible elimination in the Champions League at Manchester later this month could make things VERY uncomfortable in Madrid.  Remember that Real is already out of the Copa Del Rey.  If things don’t go Real’s way, they could exit March with no chance at any trophies at all this season.

As enticing as this scenario is for Barcelona fans, it is important to note that Real tends to play best when their backs are up against the wall.  We may not be there yet, but we’re definitely wall-adjacent.

The Barcelona fan in me wants a 5-0 goleada.  That ain’t gonna happen.  The way I realistically see it, we may end up getting a 1-1 tie or maybe the ole TWBS.

And now, The Larch:

Mr Hippo you have a wonderful cat.

Redshirt and Brick Meathook should get a room. A courtroom. AMIRITE!!!

Seamus, you can take me any time you like.

Just don’t be cutting up no limes. We’ll get along fine.

Does Boeheim have another kid clogging up his roster, or has Buddy been around for like 6 years?

Come on, South Carolina. If you succeed in starting the process that stops Bernie Sanders, we’re willing to downgrade the whole 1st state to secede and treason thing as a complete misunderstanding.

It was a misunderstanding, in that we should have let them go.

They never seceded. The “Confederacy” never existed, because secession is not an option under the United States Constitution, which South Carolina and all the other rebel States were signatories to. South Carolina declared “secession” under the mistaken assumption that the United States was governed under The Articles of Confederation, which it was not (the U.S. Constitution replaced it). This fact was a hallmark of the Lincoln Administration’s foreign policy, where U.S. diplomats only referred to “the rebels” or “the rebellion” to avoid granting it any whiff of legitimacy.

We in the Atlantic Coast Conference allowed them to leave freely. Maryland too.
Of course now we have Boston College, Notre Dame and Pitt.

Sorry, there may have just been a “Wooooosh” over my head.

Partially true. Unilateral secession by one party was deemed illegal, however secession by mutual agreement is permitted.

However you are completely true about Lincoln. If he would’ve allowed them to be called them a separate belligerent instead of a group of citizens in a state of rebellion, they would’ve invited other countries to join the cause on the case of the South or to sue for peace.

Not partially true at all. It is an “indestructible union.” There is no secession, mutually agreed or not. This is basic Constitutional law.

The Chase Court begs to differ.

Texas v White ruled that secession is illegal and any attempt by a legislature to do so is null. And they really needed to draft Troy Aikman.

Seamus, that last part was a joke.

Was secession from England permitted?
Laws only work if you can enforce them, I guess.

Yes, because the Articles of Confederation was in place but the Constitution was not yet.

No, it was because England lost the war. And there was no agreement.

That’s what I thought. All governments are illegitimate to some under their rule. I can declare independence too but my ability to assert it is quite limited.

You can’t do anything without Queen Elizabeth’s stamp of approval. This includes farting.

The thing I’m personally looking forward to is NYT and the like cheering a return to reason today, so I can further bask in their despair when he’s the only candidate in CA that clears 15%

Thought we were dead meat. Manny Bates is gonna be a stud in two years methinks.

Male curlers aren’t nearly as hot as their female counterparts. I’ve lost myself in the dreamy blue eyes of only two guys so far.

It is a huge downgrade in dreaminess. Like women’s vs. Men’s tennis.
The constant shouting of “Hard! Push it!” Also comes off as more threatening rather than arousing.

Wow, this chronavirus thing must be serious. XFL is playing their game in an empty stadium.

Have you recently heard a ‘whoooosh sound above your head? If you have, you may want to check your sense of humour.

I have no sense of humour when it comes to the XFL.

But thanks for pointing it out.

I, for one, think he got it.
Because corona is a sponsor, right?

I got the fucking joke. Was just trying to move it along a bit.
But since I really enjoy when people imply I’m stupid, that just made it better.

I didn’t get the joke either, Seamus.

We all miss jokes sometimes. No need to beat yourself up. 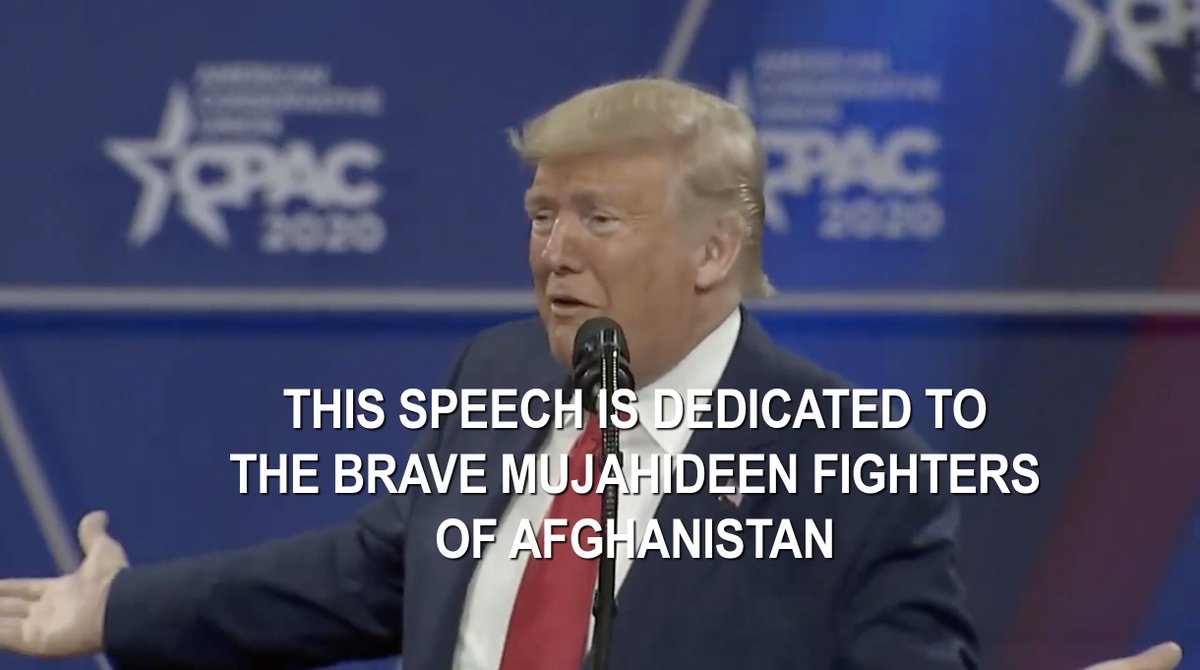 Reporter: “Who is gonna be in charge of Afghanistan after we leave?”
Trump: “The Taliban, I guess.”

Self determination, yeah? Damned if you do, something something if you don’t b

I’m all for leaving the region. I just wish they’d not be so fucking disingenuous about the whole thing. There was shit the Taliban did that was reported as ISIS activity because it fit our agenda better, and now he’s gonna come out and say everyone agreed to be good. Just come out and say you’re cutting your losses. Despite the flag fuckers in his base, a significant number of them are isolationist. Leaving in any manner appeals to them. Doesn’t need all the bunting.

Eh. No government would ever admit that. It’s a mess over there no matter what you do and no matter who’s got the big desk in December it’ll still be a mess.
It’s like jiffy pop. You just try to make the best of it without burning too much of the valuable stuff.

Rest assured those poppy fields will be well protected

Well of course. Stable government or no, the drugs always have the best security detail.

Not always. My cousin was in Iraq when Saddam’s government fell. The oil fields had complete protection. The museums, hospitals and even the banks had nothing.

Especially the banks, there was truckloads filled with gold bars and American money speeding to the Iranian/Iraqi border. He didn’t say if he took some of it home, but he did move to a non-extradition country after he was discharged from the military.

Just tell them straight out:

“We’re giving you a chance to earn our trust. You do good, you won’t hear from us and we’ll even help you when we can. If not…we’ll remind you and everyone else why our troops that defeated the British Empire and their King were called ‘minutemen’.”

‘Cause they came super quick

Everyone enjoying the start of the Brier this week? For comparisons sake, it’s on the main TSN channel over some XFL trash, nascar, then MLS. Then another feed of the Brier.
Sportsnet doesn’t get curling so they’re playing Junior hockey because they know they can’t compete.
I thinks it’s comparable to college basketball in the USA maybe. On tv, not in terms of barroom enthusiasm. Maybe that’s too far.
College hockey might be a better comp. because it’s also more regional like curling. Those city hipsters don’t do curling unless it’s ironic.

My favorite part is how he was physically incapable of standing in the crease without being thrown 5 feet during the regular season, but could do this during the playoffs

Time to go out and hit the beer joints.

Ummm I was just out and now saw the Liverpool score. What the fuck?

Cool. There’s a movie on The Netflix about Denmark and the ’92 Euros.

That was a good year for currency. The Euro, the Lev, the Baht. Excellent craftsmanship in a lot of countries.

I don’t know about you guys, but this press conference definitely makes me feel better about how we’re going to handle coronavirus, which I believe involves processing the elderly folks it kills into biofuel for a FoxConn plant.

I don’t mean to brag, but I moved fron Corona to Big Bear in January, so I have immunity from this virus!

But now you’re vulnerable to bears. At least you can’t inhale them.