I suppose we should have seen it coming.  Thanks a lot you fucking virus.

The remainder of the AFLW playoffs have been cancelled.  So this is it for AFLW Beat 2020.  The girls just got shut down.

But let’s get to it…

This one was much closer than I expected.  I mean Collingwood is a good club, but I thought the ‘Roos would roll them over.  But they had a bad start and had to come from behind to get this one and only just barely made it.  ‘Roos prevail by the skin of their cute little butts, 34-32.

Now this one really did surprise me.  Melbourne was kind of on the downslide lately, but they kicked some ass here.  It was close throughout, but they managed to get past GWS.  Good match.  Demons take it 29-26

No surprise here whatsoever.  Freemantle beat the living shit out of Gold Coast.  80-10.  That’s just fugly.  Sadly, because of virus type stuff, the Dockers won’t get a true Premiership, but I believe they would have.

Brisbane continued their late season tumble and fell to Carlton.  The Blues took them down easily, 44-15.

tWBS Awards The Premiership To????

The Freemantle Dockers.  Hands down, no question.


I liked North Melbourne too.  But the Dockers would have murderized them.

Congratulations ladies.  Now, if you’ll come to my house I’ll give you your trophies.  But I’m gonna need a nap first.

So Who Won Footy Tipping?

It could have gone any of five ways.  Sadly, SoS and GTD did not get their tips in.

And neither Litre-cola nor Balls nor JJD trusted Melbourne.  Can’t say I blame them actually.

But your Champ is…

Those are his actual feet.

Tell him what he’s won Johnny….

So foar the ladies, that’s it.  And the men’s season has been postponed until at least sometime in late May.  We’ll see how that works out.  My summer might have just opened up I guess.

theeWeeBabySeamus
An unapologetic, even if often manic-depressive (it's a requirement given his choices of sports teams), fan of NC State University, the Baltimore Ravens and the Baltimore Orioles. When not parked in front of the computer and/or TV, can often be found on the golf course shouting obscenities to no one in particular.
Please Login to comment
10
12
0
15

I really enjoyed watching Essendon this season. That was a wondeful 90 minutes.

My husband just got scolded by some rando bitch on facebook for not taking the plague seriously enough. She said, and I swear I’m not making this up ” It’s not funny! Don’t you realize people are dying who have never died before?”

There’s no disconnect between black humor and taking it seriously. You can definitely do both. It’s the people who are downplaying things that are the true shitbags.

Exactly. If it weren’t for black humor and sarcasm, neither of us would be able to talk! 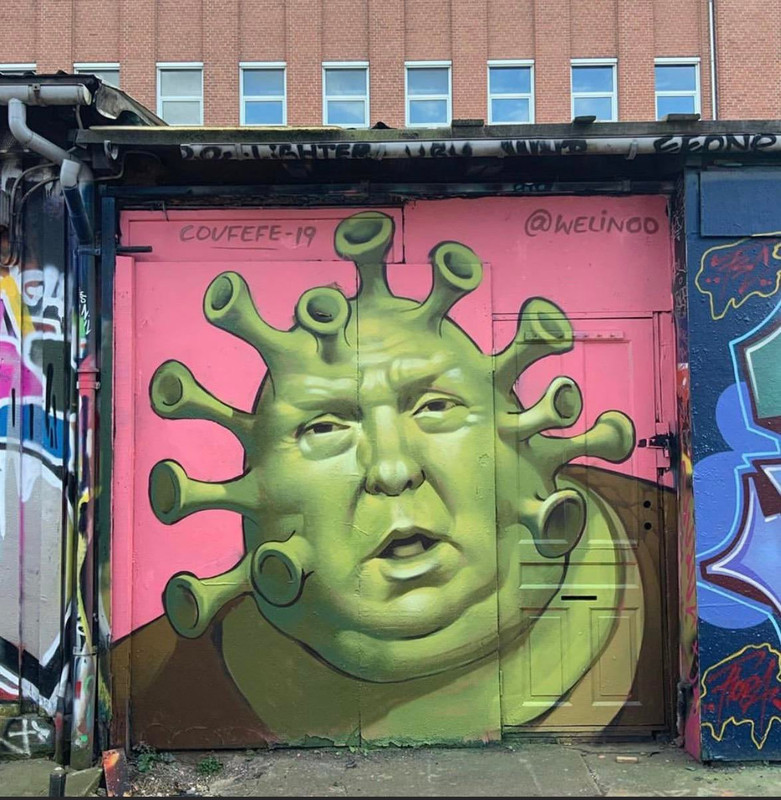 Michigan locked down for 3 weeks. Cases in the UP now. It’s truly reached the ends of the Earth. Looking to sell a 12 year old if anyone needs an experienced dishwasher.

What sports are left?

There’s still Marbula One, but that might be about it.

Meghan McCain is pregnant and self-quarantining. But I guess that’s not too difficult when you’re body is basically Jupiter.

Also, given that her disgusting body has already proven unsuitable for nourishing new [human] life by her previous self-abortion, I’ll be holding off on sending her a “My Grandfather” onesie until I see proof that this isn’t just another case pallet of hot pockets that she woofed down without noticing.