Ted Kaczynski: Wait. Ideologue? Do not insult me.

Door Flies Open: May I finish the voiceover?

Ted Kaczynski: No. You told me this was a TED talk.

Ted Kaczynski: Yesterday a Corrections Officer showed me a picture of European cities completely deserted, with the caption Humans Are The Virus.

Door Flies Open: That’s still making the rounds, huh. I guess it’s topical, with all the talk about a remake of The Matrix–

Ted Kaczynski: Shh! I am not a prophet because it is obvious that Nature will end up crushing humanity. Or whatever is left of Nature after the extinction of Man. The very folly of—

Ted Kaczynski: Quiet! Still gloating over here. The renewal of the Earth upon the absence of men milling about…

Ted Kaczynski: …AND WOMEN, who everyday… Criminy. I lost my train of…

Ted Kaczynski: …thought for a minute. Ah, it is not important. Just so you know, it was a logically hermetic rant on the correlation between contamination and video-based media…

Ted Kaczynski: Do not hurry me. Or, better yet. Tell me: is being locked down getting you all nervy? Already? Ha!

Ted Kaczynski: But yes, tic toc, tic toc is the sound of the Clock of Humanity running out, which will also mark the end of the utter destructiveness otherwise known as Modern Life. By the way…

Ted Kaczynski: You will take care to capitalize some terms, yes?

Door Flies Open: Since we started, the speech-to-text transcriber has been on Tract setting.

Ted Kaczynski: Splendid. The menace of mass death is upon the planet, only this time it is… Human?

Ted Kaczynski: Human Death is causing widespread panic. Meanwhile, every day millions of plants and animals are Slaughtered Daily to manufacture unnatural comforts like ivory diapers, avocados in winter, beers made with chocolate…

Ted Kaczynski: But some quote, Sensible Persons will tell you that the steers are not to be slaughtered, nor swine nor chickens nor other creatures with developed nervous systems. On the other hand, every citizen expects, without a shade of remorse, that plant life be exterminated at will because a stalk of corn lacks the expressive eyes that are required for a cute slash funny picture. Mankind—don’t scold me!

Ted Kaczynski: Mankind goes about the annihilation of the Earth like so much business. Massive deforestation and destruction of habitats are but tasks in the service of income and growth, two objective parameters for quote, Business Success. When defiling the Natural Order becomes a Professional Enterprise…

Door Flies Open: What? Ted, you sound like a… Pinko.

Ted Kaczynski: These abstract constructs to which you attach yourself are irrelevant. Nature is All: being a communist, a capitalist, a juggalo, is nothing to Nature. Nothing! And Nature does not fight back. Instead, Nature exists as an inexhaustible mesh of interconnected Life that is well beyond the grasp of human intellect, and is therefore grist for unquenchable hubris. To endow personal characteristics to Nature, such as seeking revenge, is the height of arrogance and folly. And trite! Hoo boy is that tired crap. On the other hand, have you seen the number of Category 4 and 5 hurricanes that have formed in the last four years? I must admit that makes me giddy. Heh. Any projections for the Caribbean this year? Keep polluting The Planet with millions of plastic packets of single-serve cheese and saltines! Speaking of which: do you have enough non-perishables for the start of hurricane season in, what, three months? Heh. Think you will still be on lock down by then?

Door Flies Open: I still have some supplies left from the earthquakes last January. So there.

Ted Kaczynski: Oooh. Heh. What can I say. Solitary is great. Pandemic’s the cherry on top.

Ted Kaczynski:  Honestly, though. I am not up to date. What’s the death tally? Is there mass hysteria yet? Is the national discussion centered on quote, The Economy?

Ted Kaczynski: Ok, seriously though. It was very irresponsible to call the coronavirus quote, Chinese virus. That virus consists of destructive genes encased in lipids, which sounds All American am I right HA HAHA…

Ted Kaczynski: For a virus this contagious, in which the infected can pass it on without showing symptoms, I would think that the federal government’s real concern is citizens massively dying…

Ted Kaczynski: …to get back to the workplace! Goodness gracious. Listen, listen! Isn’t it better to die striving for riches than being buried poor?

Ted Kaczynski: Anyone used that yet? Son of Sam laws don’t apply to catchphrases, you know. Credit me!

Door Flies Open: I think the dead from COVID-19 are incinerated far from relatives and loved ones. Anything to add to that shitty slogan?

Ted Kaczynski: Didn’t mean to get jocular, but yes. I was having too much fun. Still am! Ha ha. Oh my.

Door Flies Open: Heard much sneezing lately in your block?

I was TDY at Malmstrom AFB in Great Falls MT (there are no falls, only a dam) in Sep 2000. There was a bunch of shit stored along the ramp by the flightline (no flying mission since the 90s). Guy from the base pointed out Unabomber’s shack sitting out there amongst the other stuff. I guess federal law enforcement figured they had to get it out of the mountains before the souvenir hunters descended, and an Air Base that worked on armed Minutemen missiles probably had adequate security available.

Did you go to the Sip and Dip and see the mermaids? We were there last year, we used to live in Bozeman, and we took a road trip up there.

In addition to being beisbol Opening Day, tonight would’ve been the start of the Sweet 16. (Roy Moore’s fav eh, you get it).

Tonight we could be watching gutty #14 seed UC Irvine (who beat Maryland, then Virginia) take on #2 seed Creighton in Houston. Winner gets Louisville, since #1 seed Baylor choked.

Ain’t gon’ do nuthin’ but get up there and shake his ass.
Greyhound don’t float on water.

Found a funny:
being escorted by the national guard at gunpoint to the nearest arby’s to stimulate the economy

Can you get me a Beef n Cheddar and some Curly Fries while you’re there?

NO WAIT…BACON AND CHEDDAR POTATO WEDGES.
Meh screw it, get both.

HOST: And now back to “How White Are You?” The game show for Nazi’s created by Stephen Miller! Let’s meet tonight’s contestants!

SKINHEAD 1: My Grandfather served in the SS and I have the blood of the Third Reich in my veins!

SKINHEAD 2: My family only breeds with the people of our very carefully selected ancient German bloodline!

HOST: We have our winner! 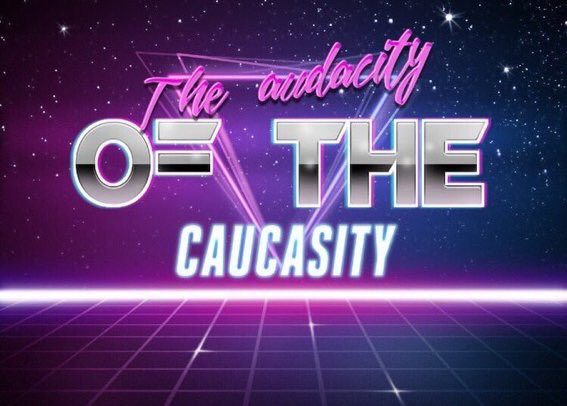 My thoughts exactly. Who is this lovely lady?

Based on the file name, it’s Kimberley Garner. Now go and jerk likewise. 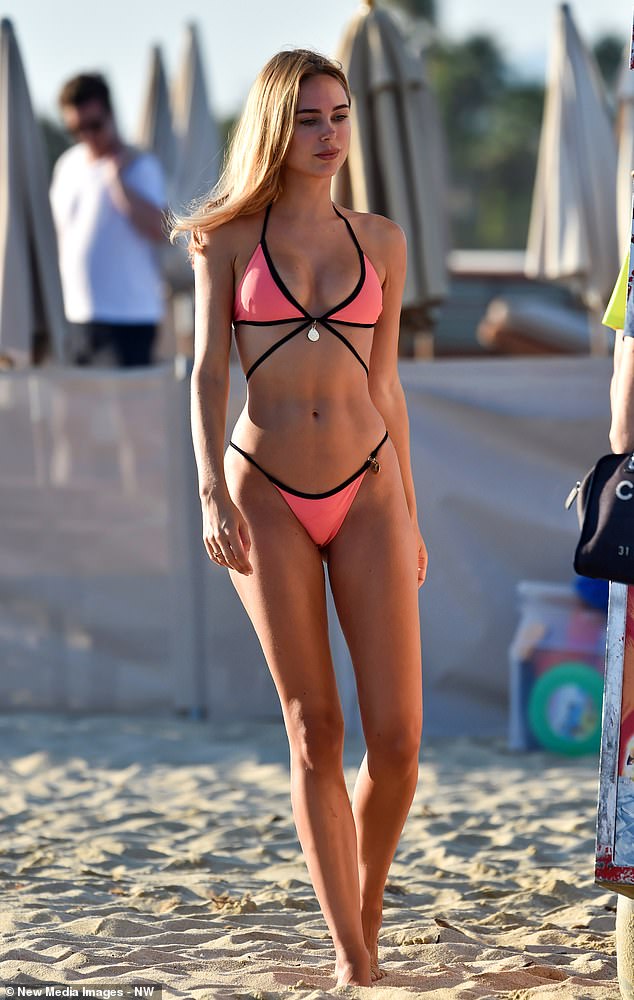 Mom fell asleep downstairs. I walked through the room and one of the soaps was on. Not sure which one. But….

There were two hot lesbians in bed making out. I need to start watching the soaps.

Balls probably has already taken up all the bandwidth.

I’m in there every day now. I should get a punch card.

Did I miss something while hoarding food and then napping today? What’s up with the cartwheel thing Moose?

Ooooh, I gotta find out where he bought that outfit. I could rock that.

On Michigan’s map thing, Wayne County (Detroit) has gone from dark red to purple, so that’s comforting. Almost every county has a case which means every county really has 100+ cases. There are hospitals considering DNRs for new cases that code while waiting for treatment due to lack of equipment/staff and to further protect healthcare employees. Most hospitals aren’t going to have more than 50 ventilators on hand. If you’re patient 51, you’re probably going to die.

I should say the 51st patient who can’t recover at home, but all the same. Michigan had 80 cases a week ago. We’ll probably be between 3500 and 4000 tomorrow.

Lifeforms may come and go, but one thing is certain: 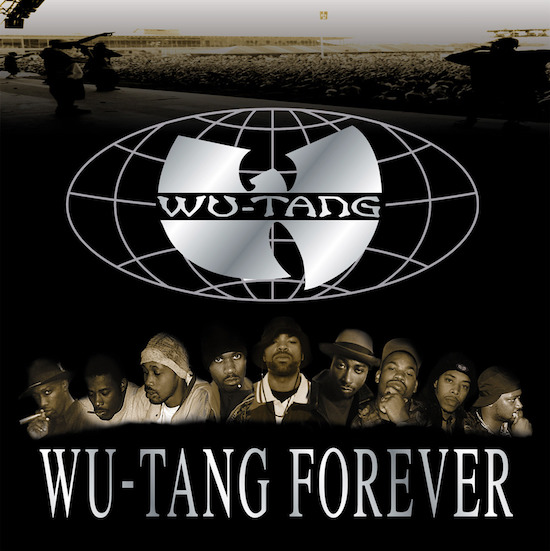 BLOOD OF THE OLDS FOR THE MARKET GODS! VENTILATORS FOR THE HOARDED MEDICAL EQUIPMENT THRONE!

Ivanka just needs to finish getting her patent for ventilators and then Trump will order $2 billion worth to be prepaid but delivered over the next century — and white trash will scream, “You all said you want ventilators! Why are you complaining?!”

one of the joke i saw about Trump said that it’s like he’s giving a book report, without reading the book.

Two peas in a pod 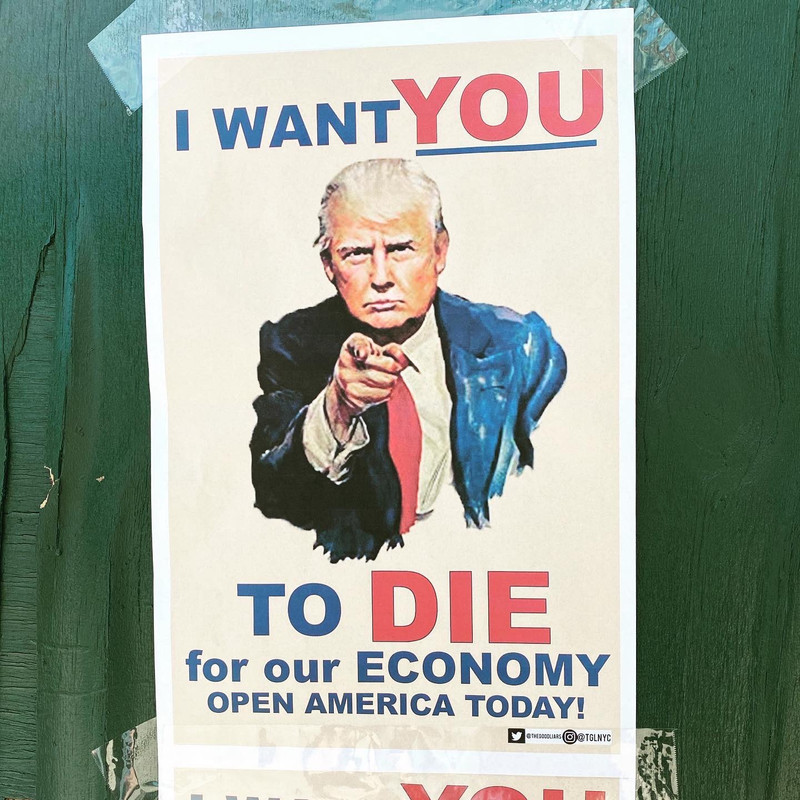 Gotta sit this one out.

I got bone spurs.

“This young man went to Harvard!”

What makes you think I identify as human?
And he’s right about the plant thing. They scream when they’re torn apart while still alive. We just can’t hear them.

The old tree in a forest.

Cabbages must be baritones. Fo sho.

“Nailed it”
-Oh like you don’t already know who