Someone close to me died recently.  Sadly, it was his choice.  And as best I can tell he made that choice because he didn’t like himself.  Or thought other people didn’t like him.  Either way, that sucks.

He couldn’t help it.  Intellectually I understand that.  Emotionally, I’m still pretty broken up.  And as much as I hate that he felt compelled to take his own life, I’ve had to come to accept it.

Native Americans used to have a saying.  And I might be paraphrasing here, but it’s close…

At first glance that sounds bad perhaps.  But read it again.  And think on it.  I’m serious.

If you died today, would you go out knowing you did what you could have done?  At least to the best of your ability?  Or was your time here wasted?

It’s not difficult to be kind to other people.  And helping others really does give one a sense of purpose.  It could be an unexpected random stranger.  It could be a homeless person whom you’ve never met before, who is hungry and cold.  Food.  A blanket.  It makes a difference.

Or, it could be one of your family members.

A good day to die means checking out of life with no regrets.  And that’s a difficult thing actually.  We all have regrets and that’s not going to change.  Emotional turmoil is never going to go away completely.  That’s just life.  But it doesn’t have to be death.

Being kind.  Caring.  Supportive.  Doing what you can for your fellow man.  Even if it’s only a small gesture here and there.  Even just striking up a conversation with someone else.  Not judging someone for their religion or the color of their skin.  Accepting them for who they are.  Learning about them.  Helping them if they need help.

Or even trusting them enough to ask genuinely if YOU need THEIR help.  It makes a difference.

Whenever I go out in public I try to interact with strangers.  Sometimes it doesn’t go well, but usually it does.  I was at a restaurant about a month ago.  It was crowded and we had to wait to be seated.  A woman came in and she was in the same boat.  Had to wait for a table.  And I suppose just to pass the time I struck up a conversation with her.

And she was amazing.  Friendly.  Fun to talk to.  She is an elderly African American woman.  But she’s got a buttload more energy and life force than I think I do.  We talked for about 20 minutes while waiting and she had me laughing in tears.  Turns out she used to be a teacher.  Actually, taught my niece in grade school, which we only figured out later.  Also turns out she lives just around the corner from where I live.

But had I not been open to talking and communicating, that never would have happened.

As I said above, she’s elderly now.  Retired.  On a fixed income.  And probably can’t do as well as she used to.  And because times are a little unpredictable right now given the current climate, I made some food and took it to her last weekend.  And the gratitude on her face and in her voice was amazing to me.  She was afraid to go to the store because of the whole “virus thingy”.  I didn’t realize that at the time.  I was just trying be nice and be friendly to someone I met and liked a great deal.

She hugged me and thanked me, perhaps more than was even warranted.  Honestly, I had made too much food so I decided to take some to her.  But her appreciation of the gesture?  It made me cry.  But in a good way.

And I’m a little hesitant to tell you this….  But she now calls me her “Sugar Booger”.

That made me laugh.

But if I die tomorrow, I’ll know I always tried (“tried” being the keyword, it doesn’t always work out) to do something helpful for someone else and I can go without regrets.  And I don’t mean just with her.  She’s just the most recent example.

Try to see other people.  I mean really SEE them.  One never wants to pry into someone else’s business uninvited.  Some people are very closed off.  Private.  Asking questions can get tricky.  Bad timing or whatnot.

But if they open up and tell you what’s going on…  And trust me there’s always something going on…  Help them when they need it if you can.  Most will appreciate it even if occasionally some don’t.  Some folks just won’t accept generosity and that’s their choice.  You can’t really change that.

I suppose that’s the point.

Influence the world for the better as best you can.  And be happy and content with yourself for what you have done to improve things, even if only slightly.  And don’t get hung up on those who aren’t open to your generosity or spirit of trying to be kind.  Knowing you at least made the effort is enough.

Uplifting others will uplift you.

theeWeeBabySeamus
An unapologetic, even if often manic-depressive (it's a requirement given his choices of sports teams), fan of NC State University, the Baltimore Ravens and the Baltimore Orioles. When not parked in front of the computer and/or TV, can often be found on the golf course shouting obscenities to no one in particular.
Please Login to comment
19
37
0
16 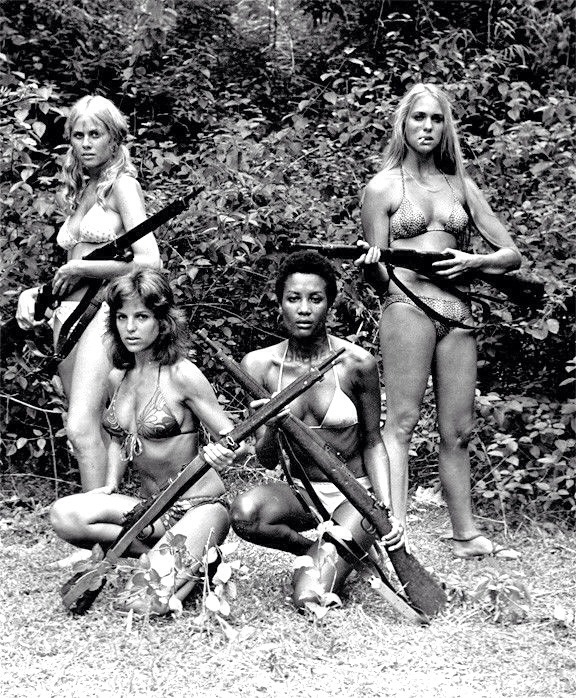 Not sure if it was a documentary or not.

I wouldn’t invade their territory.

But I want to.

Well, they probably are not that practiced at marksmanship.

More direct to tape movies; Rebecca Ferratti in Gor (1987). This one HAS to be good. 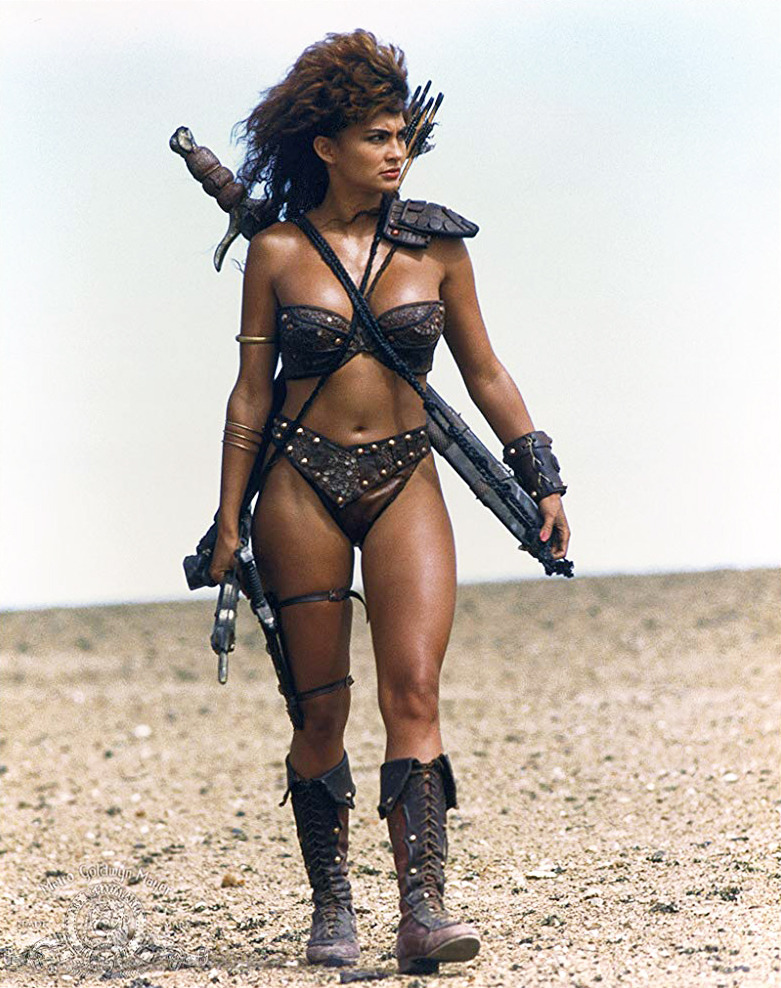 Reminded me of this. 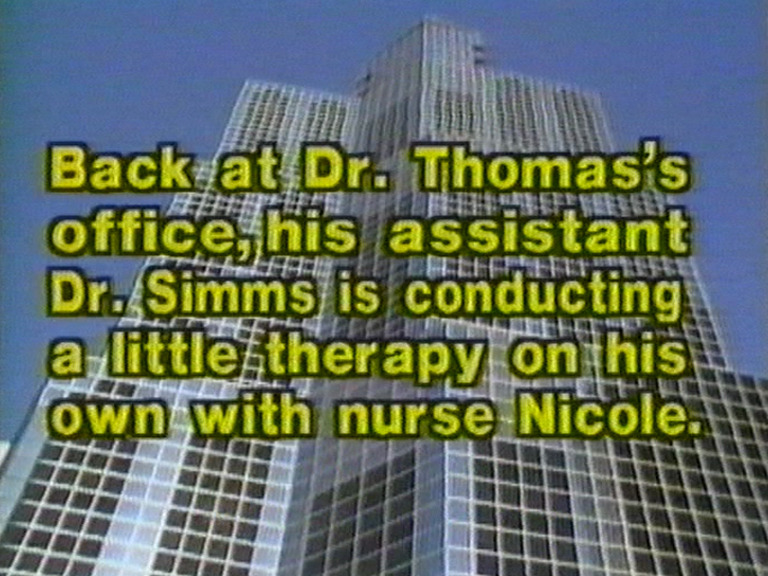 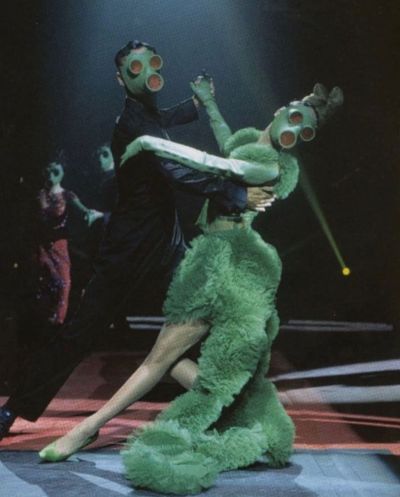 No joke, my first thought was that it’s a good thing tWBS can’t drive to NJ under the quarantine.

Women hate me, but none have tried to kill me. Well except for the one time my ex-wife was drunk and threw a glass at me. I ducked it, but it was close.

Interesting, I like these.
I watched that first video of the heavy smoking inspiration man up to when he said, “stop looking at me”. I did as told but I really have no burning desire for the lost distractions. I don’t need to enforce technology breaks or mindfulness. I do that shit all the time. I call it weekends. I enjoy spending time in my mind. If you don’t, maybe grab a book written by a famous philosopher. No dragons or magic. Real thought about life. It’s worth understanding.
Thanks TWBS. and you will be counted on after the massacre at pug hill goes down. 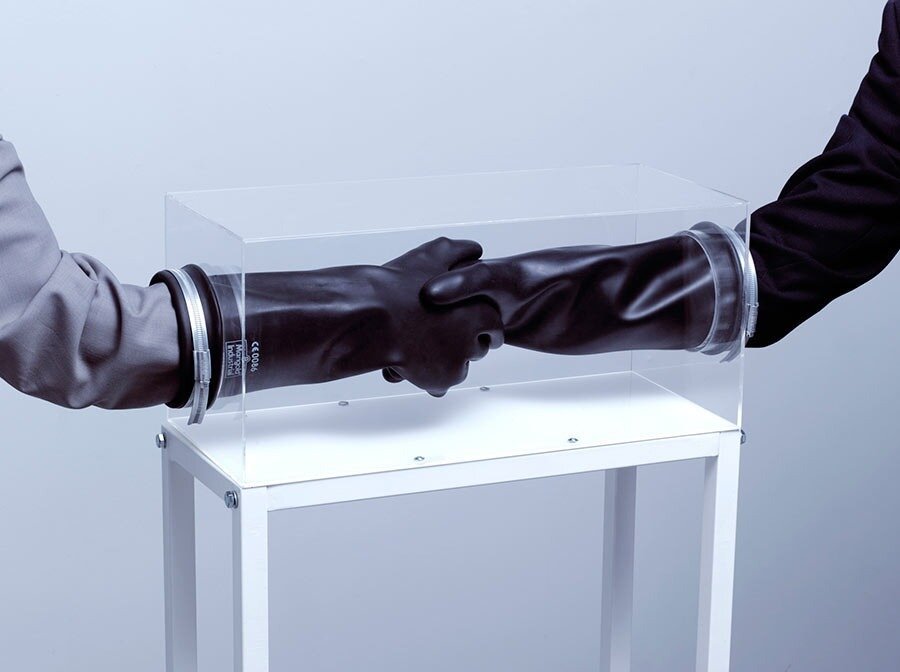 Saw this today, liked it very much:

According to the bible, when God sent an angel of death to wipe out the Egyptians, he told the Jews to stay the fuck inside.

Good. Let’s get this to run its course. If a bunch of folks want to throw themselves into the caldera, fine.

They’ll take up valuable healthcare resources and kill grocery store employees…. if it was isolated I would agree.

There is no good going to come of any of this, at least for someone my age. Hopefully the younger generations will engineer the changes that need to come to the way the capitalistic has been deformed.

Lock the doors and set the building on fire like in The Patriot. 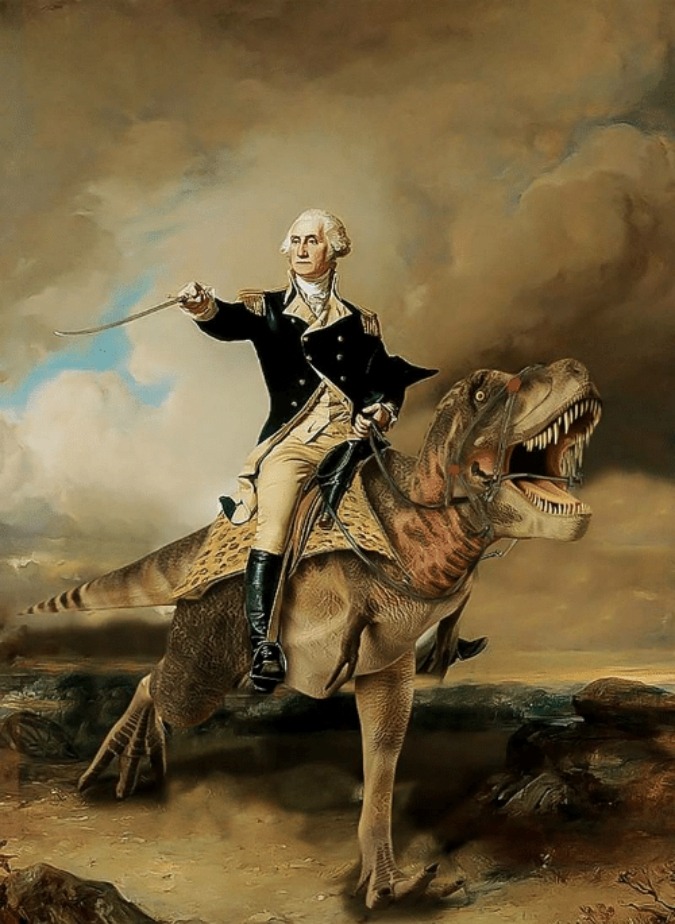 totally expected the chief cheeto on there

Yeah, fun times are ahead if you go looking. “The All-Father wove the skein of your life a long time ago. Go and hide in a hole if you wish, but you won’t live one instant longer. Your fate is fixed. Fear profits a man nothing.”

Valhalla, motherfuckers.
-Stolen from ‘The 13th Warrior’, which is a fun flick about cannibalism in the face of urban gentrification. or something. I may have missed the point.

Joan the Penguin Strangler had eluded the police for years. 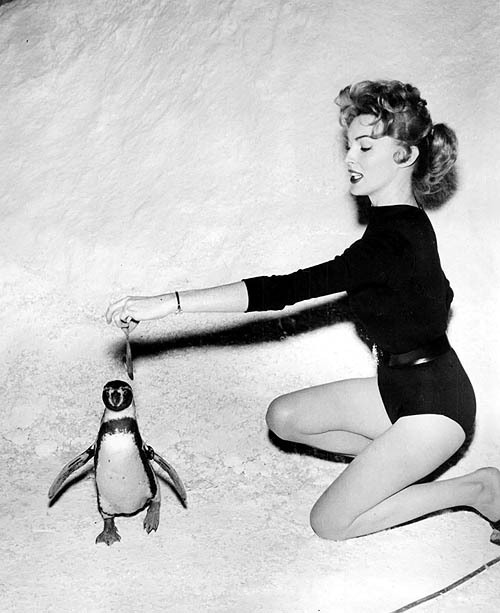 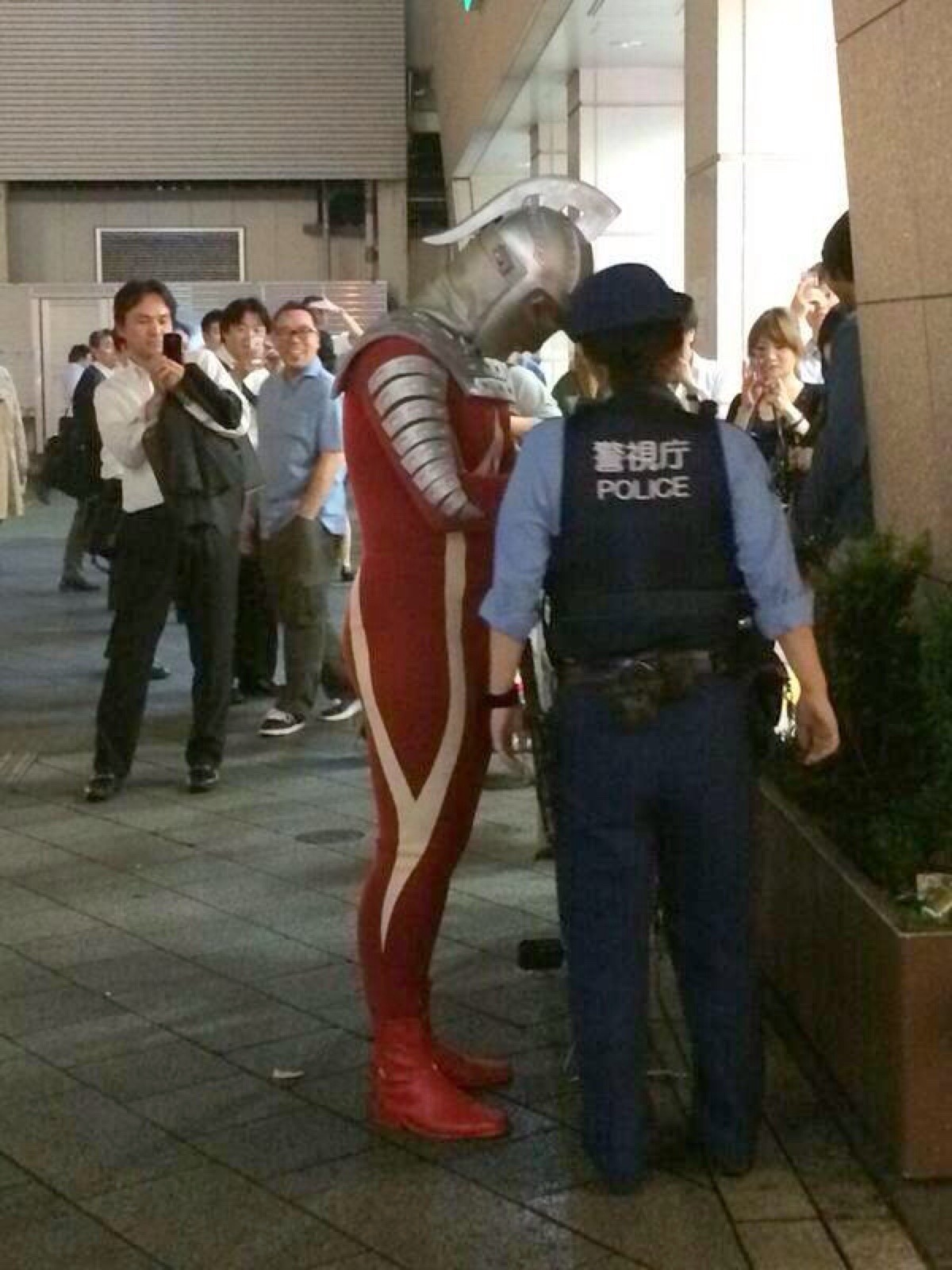 “Native Americans used to have a saying. And I might be paraphrasing here, but it’s close…
IT’S A GOOD DAY TO DIE.”

No way, man, that was the Klingons!

When I read the title I thought Fozz was going to grace us with a rant about some stupid shithead millennial, who can’t go grocery shopping without Mommy and Daddy’s help. 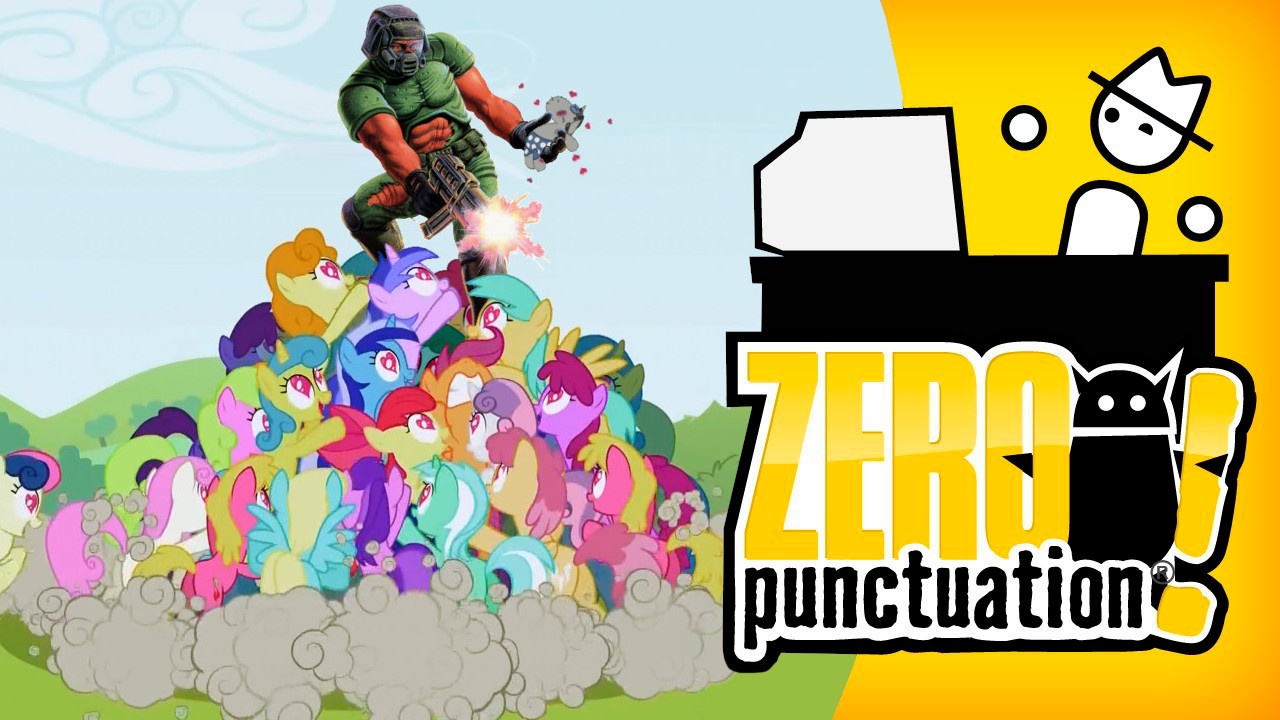 And I’m a little hesitant to tell you this…. But she now calls me her “Sugar Booger”.

I’m kidding. Good on you for trying to make this cold rock hurtling through the universe a nicer place.

This made me laugh. But there will be no more future ex-tWLS’s as far as I’m concerned.

Man, is it ever weird not to hear the phones ringing off the hook at work. I guess they’re self-isolating as well.

CCTV footage of our Scotchy before work started:

I’m afraid that COVID-19 will erode foreva the touchy, huggy, kissy aspect of Boricua culture. It is up to us elders to make up for it, by getting even louder.

You are a good man TWBS. If BC Dick and I go down in a gunfight at the pug farm you have to make sure Decilitre does not become a Ne’er-do-well.

I’ll take him to California with me when (if) I’m finally able to go. We’ll get that little dude surfing in no time.

Oh he aint little. Put it this way, I played WR, BC Dick played line. Kid is going to be taller than us. He prob will have BC’s build.

Well, then we’ll just have to longboard him.
(that’s not what it sounds like)

Do I have to take all the pugs too?

that was rhetorical, right?