The scene: That bright, shining beacon in the midst of The Wasteland, that veritable temple to rampant consumerism, the one and only…

Yes, it’s Iguana Mart! Covalent Blonde, WCS and Future Clone Debbie Harry stand near the entrance, gazing in wonder at the massive structure that stands before them, as mutants, aliens, sentient insects, reptile men, and globs, blobs & Bobs of all sorts wander by.

WCS (as a humanoid with an eyeball for a head walks by): I am never gonna get used to the future.

Covalent Blonde (to Future Clone Debbie Harry): Yeah, I’ve been meaning to ask…what’s with all the aliens and mutants and…everyone else? Earth kinda got weird…

Future Clone Debbie Harry: Well, the fallout from World Wars III and IV was a factor, of course…

Future Clone Debbie Harry: Three, actually, but the third one only lasted a few nanoseconds. That was when Moose took over and declared himself Emperor. Most of the fighting ceased after he sunk the Isle of Man.

WCS: Huh, I always forget about that.

Future Clone Debbie Harry: He was an artificial intelligence, actually. Although I’ve always been doubtful about the ‘intelligence’ part.

Covalent Blonde (as two aliens that look like walking rutabaga stroll by): So, OK, mankind’s genetics became an alphabet soup after decades of radiation and biological weapons. I get that. But what about all the aliens?

Future Clone Debbie Harry: Oh! Well, Earth was in pretty bad shape for awhile there. All that pesky warfare had left most of the planet in fairly dire straits. So when the Outer Space Welcoming Exchange & Intergalactic Legion of Entertainment Retreats contacted Moose, it was quite a relief!

Future Clone Debbie Harry: Pretty much, yes. They had been scouting earth for years, of course. Assessing property values, examining the indigenous peoples…

WCS: Aha! I knew my uncle was telling the truth! He was always telling us how he was captured by a UFO and probed by aliens!

Covalent Blonde (skeptical): Wasn’t he also the one who claimed he was hunted for sport by Ellen DeGeneres? And that he saw Bigfoot?

Flashback to: The deep woods of the Pacific Northwest, several years ago. All is quiet. Then, suddenly, comes the sound of something making its way through the trees. Something… horrifying.

Ellen (crashing through the brush, shotgun in hand): OK, where are you? I promise, if you show yourself I’ll make this quick. I just really want a new head for the trophy room in my hidden fortress…

There’s a crashing sound and George W. Bush falls over a bush and lands noisily on the forest floor beside Ellen.

George W. Bush: Why, hey there, gal! Y’know I’ve been searchin’ all over this here forest for ya! Gosh, didja see the size of that squirrel back there? He was just chewin’ his nuts, happy as a crab.

George W. Bush: Oh, I ain’t worried! I’m a mite bigger’n him, I reckon I could take him. Yer right, though. Gotta keep clam in these sitchy-ashuns.

Ellen (grumbling): I swear to God, if I had any other friends…

High up in a pine tree, WCS’s Uncle hangs on for dear life. On the branch next to him, a Bigfoot grips the tree trunk, its eyes full of fear.

WCS’s Uncle (whispering): Hang on, man! We can get through this! You’ve just got to hang on!

WCS’s Uncle (desperately): You can do it, man! We’re in this together!

Bigfoot (slipping off of the tree and falling): Gaaaak!!!

Cut to: The Iguana Mart of the future.

WCS (looking pale): He was never the same after that. Afternoon talk shows gave him PTSD.

Covalent Blonde: I think your uncle might’ve had too good of a time in the sixties.

Future Clone Debbie Harry: All that probing wasn’t for naught, though. Once the alien councils found that humans were basically harmless, they made an offer to add Earth to their intergalactic tourism service.

Covalent Blonde (as a hairless blue alien walks past): Wow, so Earth really became a hot-spot! Who knew it’d be so popular?

WCS: Cheap? As in inexpensive, or…

Future Clone Debbie Harry: More like chintzy. It’s a bit off the beaten path and lacks most of the galactic conveniences. But on the other hand it’s…

Future Clone Debbie Harry: Hmm. It’s more like the run-down motel with a leaky above-ground swimming pool, and three vending machines instead of a diner.

WCS: Do any of the vending machines have Diggler’s Donuts? Because I’m famished.

Covalent Blonde: Yeah, we were walking for miles…

Future Clone Debbie Harry (gesturing towards Iguana Mart): Inside there’s a veritable cornucopia of foodstuffs from across the galaxy. What do you think?

WCS: I’m thinking I’m in the mood for a a double-cream and sprinkles!

As the three go into the Iguana Mart, the mysterious figure that has been surreptitiously following them for miles parks their hoverbike. Pulling up the goggles and removing the face-covering scarf, it is revealed to be:

Future Clone Lynda Carter (checking the charge on her energy pistol): Debbie, you’re about to say yellow to my little friend…

Beastmode Ate My Baby
A frequent guest-star on the award-winning seventeenth season of Here Come the Brides as well as Petticoat Junction: The Outlaw Years, Vic Darlington was arrested in Miami for poodle smuggling in 1986. Fleeing to the United States to avoid prosecution, he worked as a delivery boy for Señor Pizza until finding a steady gig as the bassist for the Johnny Zed Power Trio. He currently lives in North Hollywood with his trophy wife, two meerkats and the world's largest collection of second-hand bowling trophies.
Please Login to comment
10
23
0
12

The only crabs he found were in his pants.

He can cure that by lying.

I call this one Puffy 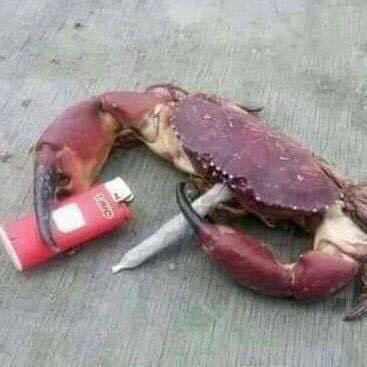 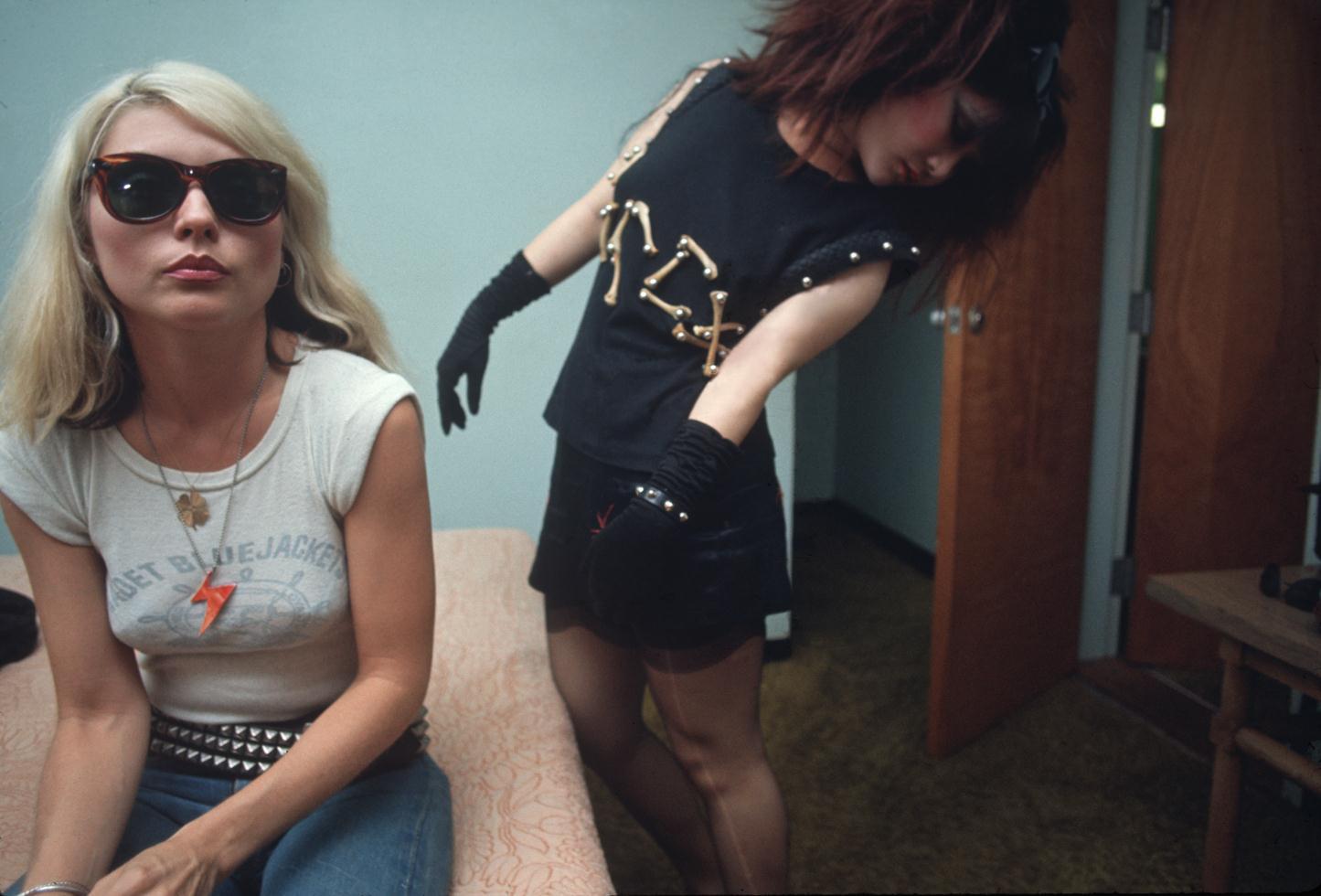 Ummmm. Don’t you live in Queens?

Surviving Wintertime Action Park, hypodermics on the shore, Chris Christie, and a 5 minute visit to Camden at noon has made me impervious to all danger.

I really do have a crazy relative from the 60s… between the LSD and Vietnam, definitely screwed him up. I call him, “Dad.”

That mad me laugh.

He sat silently, waiting in breathless anticipation for the oncoming deluge of Lynda Carter GIFs…

I see the hidden Broncos joke you did there and I like it. Great job, good sir!

I had to go back and look, but I found it! It wos wiley, er…

I have my moments of subtlety. They are few and far between.

You really did set up a layup drill. 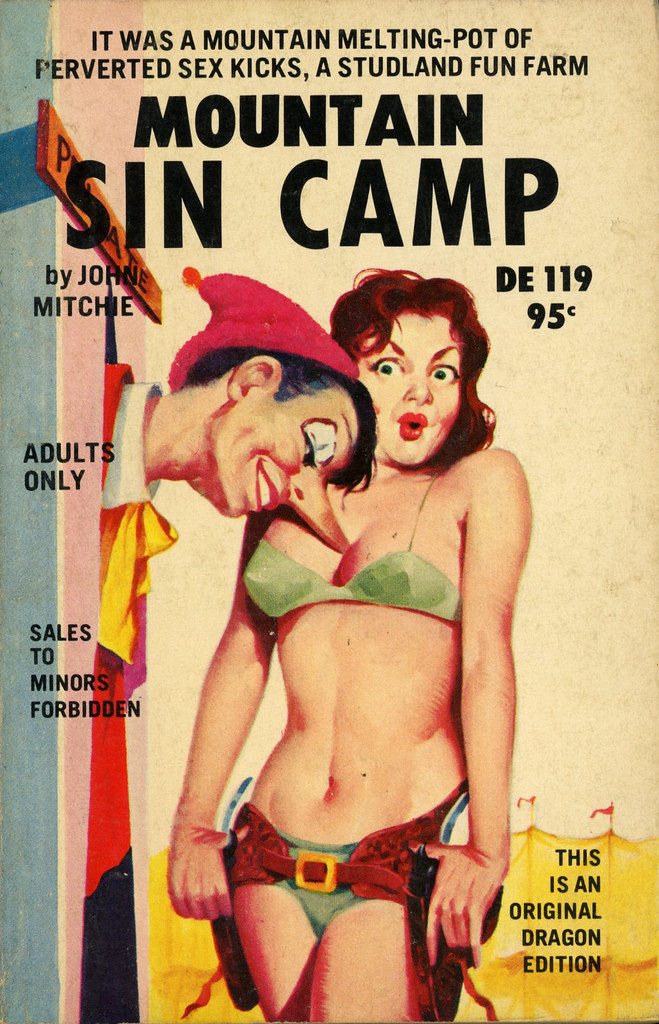 just one GIF ( so far). WTF DFO? Do better. Do something congress