The scene: The Iguana Mart of the future! Covalent Blonde, in the ‘Blonde Fury’ monster truck, is just pulling up to a side entrance. The truck is wet, having just gone through a drive-thru wash. Unfortunately, as they were in the open bed of the truck, Brick Meathook and Mr. Ayo are wet as well.

Well, soaked, really. But at least they’re not dusty anymore.

Mr. Ayo (dripping wet): I can’t believe she did that.

Brick Meathook (wiping wet hair out of his eyes): At least you’re dressed for this. This was my third-best shirt!

Mr. Ayo (skeptically): Really? Dude, We really have to get you some new clothes.

Mr. Ayo (getting out of the truck bed): Chim Chim?!! That sounds a bit speciest…

Brick Meathook (to Covalent Blonde): Gee, thanks for the surprise car wash.

Covalent Blonde: I had bug goo on the undercarriage. Also, you guys got the bed dirty.

Mr. Ayo (looking both pleased and fluffy): Ah! That’s better! Nothing like a good shake after…

Mr. Ayo notices a now-soaked Covalent Blonde glaring at him. She cracks her knuckles with a sound akin to a string of M80’s firing off.

Luckily for Mr. Ayo, his time in HRTN is not cut drastically short, thanks to the arrival of an Iguana Mart sales associate. The associate, who is a pleasant shade of relaxing green, walks up to CB with a big smile.

Sales Associate: So, you’ve taken ‘er out for a test-drive, whattaya think? Ready to sign some papers?

Future Clone Debbie Harry (getting out of ‘Blonde Fury’): Yes, yes. Let’s get this done. I have plans to make, nations to overthrow, and I would really like to get a quick brunch in.

Sales Associate (firing off a pair of finger guns worthy of Balls): Hey, you bet! I love a customer who knows what she wants! Now if you could just give me your account number…

As Future Clone Debbie Harry consults with the sales associate, Covalent Blonde turns back with a glare, only to find Brick Meathook and Mr. Ayo have scampered off.

A sudden shriek of anger, followed by a shriek of pain, catches Covalent Blonde’s attention. She turns to see the sales associate curled up on the ground, clutching the family jewels, and Future Clone Debbie Harry angrily storming off into Iguana Mart.

Covalent Blonde (to the Sales Associate): She looks like she’s gonna go full Karen. What’d you do? Tell her she wasn’t the fairest one of all?

Sales Associate (weakly): Noooo… There was a…problem with her…account… All of her accounts…

Cut to: Brick Meathook and Mr. Ayo ducking past a corner of the store. They risk a quick look back to make certain they’re not being followed, and then relax and head for the Iguana Mart entrance.

Brick Meathook: I think we’re in the clear. Good thing, too…she would’ve pounded you into chimpburger.

Mr. Ayo (as they enter the store): Dude, why is everyone mocking my being a chimpanzee? Where I come from, it’s perfectly normal!

Brick Meathook: Normal or not, I didn’t want to see you get your ass kicked. I finally figured out who she is…

As the pair pass by a Neutron Vodka display, WCS pops out and begins following close behind them.

Mr. Ayo (noticing, as WCS’s stealth skills are pretty iffy): Um, can I help you, dude?

Brick Meathook: Look, friend, when someone is right behind me, they’d better either be my partner or my proctologist. You don’t look anything like my partner, and I don’t have a proctologist.

WCS (whispering): Look, help me out, you guys! I’ve got a woman after me…

Brick Meathook: There seems to be a lot of that going around.

WCS (still whispering): I’m serious! And she’s right over there!

Brick Meathook and Mr. Ayo look over to where WCS is pointing. They see a tall, beautiful woman spattered with cream and frosting, standing in line at an Iguana Mart cash register.

Brick Meathook (impressed): Hubba hubba, pal! If I were you, I’d let her catch me!

WCS: It’s not like that! Look, can we just move along before she sees me?

Mr. Ayo: Seriously, dude? Like, you say that about all the human women you see.

Cut to: Future Clone Lynda Carter (the aforementioned tall, beautiful woman spattered with cream and frosting) standing in line. She looks none too happy as the Goth Cashier rings through battered boxes of Diggler’s Donuts.

Future Clone Lynda Carter (annoyed): Can we pick up the pace a little?

Goth Cashier (chewing gum): Sorry, but I have to scan all these boxes. It’s not easy, since they’re all damaged.

Goth Cashier (into her microphone): Can I get a price check on a 12-pack of Diggler’s Donuts Nutbuster Supremes?

Goth Cashier (shrugging): Store policy. Oh, and did you have any coupons?

Goth Cashier: Because if you have any coupons, I have to ring them in before I total up your cart. Otherwise I’ll have to start over.

Future Clone Lynda Carter: I don’t have any coupons!

Goth Cashier: OK. But it is double-coupon day.

Future Clone Lynda Carter: Hold on, hold on…I’m sure I have at least one…

Cut to: The post-apocalyptic highway leading to Iguana Mart. Doktor Zymm’s RV is booming down the road, with Beerguyrob behind the wheel and Lemonjello in the passenger seat.


Lemonjello, in case you don’t recall, is an amorphous yellow blob capable of digesting any organic material. He (it) was green when the DFOers met him (it), but an off-screen incident involving the accidental ingestion of one of Rikki-Tikki-Deadly’s stashes turned him yellow.

Beerguyrob: OK, we need to stock up on some supplies. We probably need, what…about forty pounds of spare ribs?

Beerguyrob: Right. Let’s make it sixty. If Rikki hits the weed, he’s going to have some crazy-ass munchies.

Rikki-Tikki-Deadly pops his head into the cabin.

Beerguyrob: You were supposed to.

Lemonjello burbles, which is a laugh for his particular species.

Rikki-Tikki-Deadly: Yeah, yeah, real funny. Look, when was the last time I went on a binge?

Beeguyrob:The last time we went to Iguana Mart. Which is why I almost left you behind this time.

Rikki-Tikki-Deadly: That’s not fair! That was an accident! I didn’t know how strong that stuff was!

Beerguyrob: You ate an arm, Rikki.

Beerguyrob: Rikki, I’m just looking to have a nice, quiet shopping trip, okay? Just get in, get what we need and get out again, with zero drama. That’s not too much to ask, is it…?

Beastmode Ate My Baby
A frequent guest-star on the award-winning seventeenth season of Here Come the Brides as well as Petticoat Junction: The Outlaw Years, Vic Darlington was arrested in Miami for poodle smuggling in 1986. Fleeing to the United States to avoid prosecution, he worked as a delivery boy for Señor Pizza until finding a steady gig as the bassist for the Johnny Zed Power Trio. He currently lives in North Hollywood with his trophy wife, two meerkats and the world's largest collection of second-hand bowling trophies.
Subscribe
Please login to comment
42 Comments
Inline Feedbacks
View all comments

A long time ago I worked in a pharm lab and we joked that our jobs could have been done by monkeys, so we gave each other monkey names. Mine was Chim Chim!

Announcer’s voice: It was too much to ask…

“Using the whole fist there, Doc?”

That’s only a two finger look of shock.

Horatio Cornblower
Editor
Reply to  Moose -The End Is Well Nigh

I’m not dead yet! Hooray!

/Me, coming out of my propofol coma yesterday

The smell and lack of movement fooled everybody. 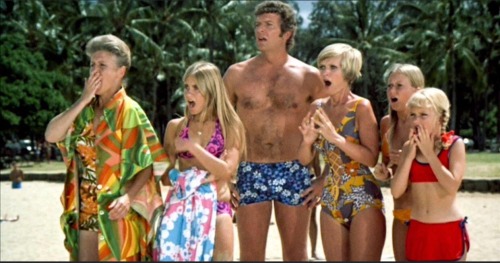 I’m not one to engage in chimpicide.

Being unemployed, this is the main way I know what day it is.

I really really REALLY want to go to an Iguana Mart

Me too! I really wish it existed.

When I hit Powerball I’m going to open one or nine.

None of you fuckers can come though; based on HRTN you’d just wreck the place. Wet chimps over there, yellow acid-blobs over here, Peter King with a man-bun, refusing to leave the pastry aisle. -shudders-

It’s just too much, man.

Just for that, I’m not giving you back your stapler. 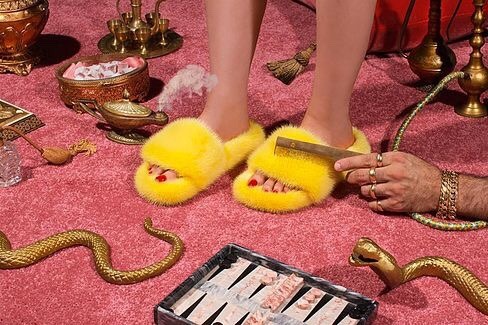 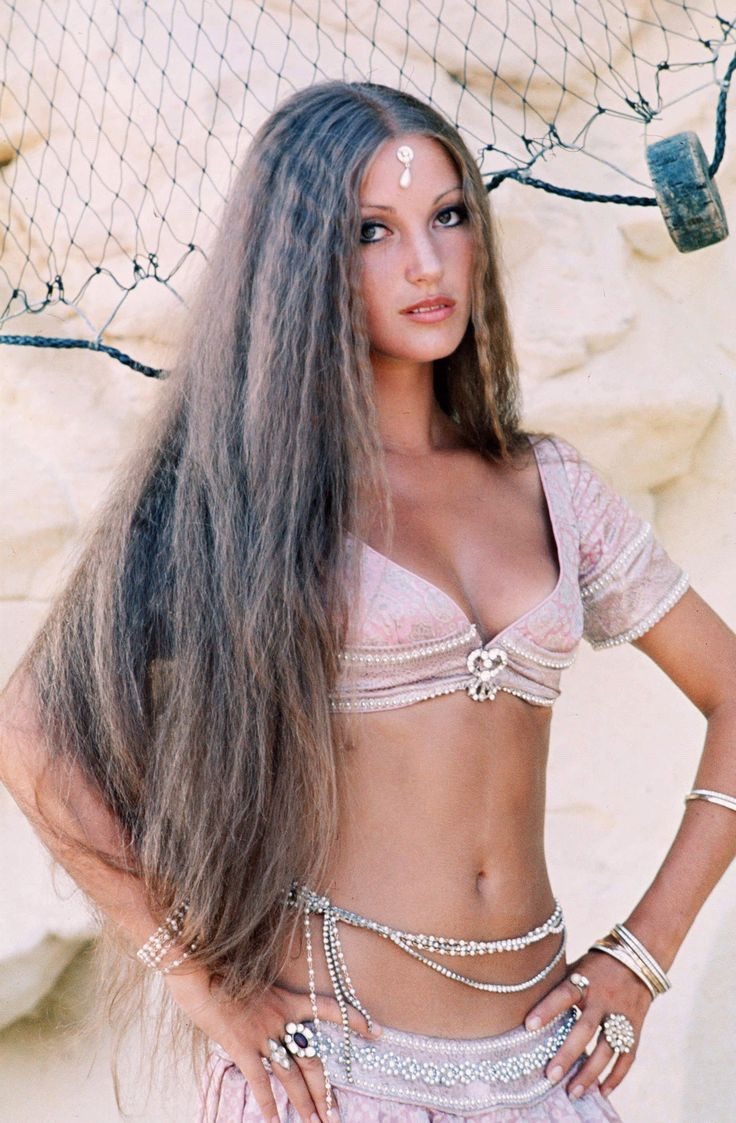 Maybe just a mystery woman in a story in my head.

Horatio Cornblower
Editor
Reply to  Moose -The End Is Well Nigh

No, no, keep going. I like where your head’s at.

She “helps” Debbie in the changing room…….

If I’m remembering correctly, she played chess with a monkey in that movie…

SHE HAD TO WORK HER WAY THROUGH MEDICAL SCHOOL!

It was as close to a baboon as the stop motion crew had time for.

Also, you guys got the bed dirty. 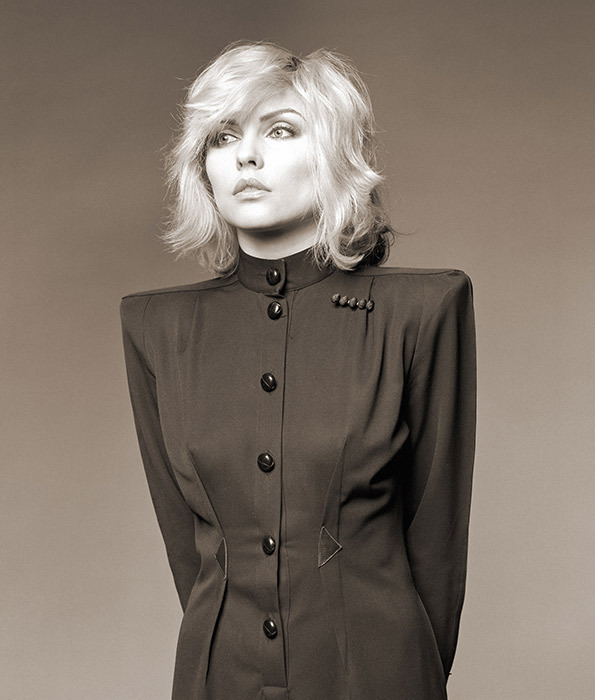 Lemonjello, in case you don’t recall, is an amorphous yellow blob capable of digesting any organic material.

[you fucked up the link sad guitar music]