The scene: The Iguana Mart of the future, where Covalent Blonde is currently looking with regret at the ‘Blonde Fury’ truck as an Iguana Mart sales associate, recently recovering from a royal knee to the groinular area, gives her the bad news about Future Clone Debbie Harry.

Sales Associate: So you see, it seems as if the, ah…former Empress…had all of her accounts frozen several years ago, so unfortunately she is unable to access any funds whatsoever.

Covalent Blonde: Bummer! I really liked that truck, too.

Sales Associate (nodding): I’m upset about it, too. Maybe I can get you a commemorative keychain…?

Covalent Blonde: Hey, I just remembered…I had a few bucks of credit here. Maybe I can at least get the protein shakes…?

Flashback to: The Iguana Mart of the early 21st century! An enraged Covalent Blonde comes storming into the place, stepping up to the counter and cutting off Cookiethulhu and Abraham Lincoln, who were standing in line, each holding two cases of beer.

Cookiethulhu: I say! We were next in line…

Abraham Lincoln: Indeed! We were just about to purchase these four-score and sixteen beers and join in on your birthday festivities!

Covalent Blonde slams a brand-new Seattle Seahawks jersey down onto the counter.

Covalent Blonde: Somebody bought me this for my birthday! They probably thought it was funny! I don’t think it’s funny! How about you? Anyone here want to have a laugh?!!

Cut to: The future again.

Covalent Blonde: Huh. Thinking about it, he took the jersey back, but I’m not sure he ever actually sold them…

Covalent Blonde: Yeah, my parents were all fancy like that.

Sales Associate (typing into his P.U.D.): If you have any credit on hand, it’ll be… Oh. Oh my… Maybe we should step into my office…

Cut to: Inside the Iguana Mart, where WCS is hiding behind Mr. Ayo and Brick Meathook in an attempt to avoid Future Clone Lynda Carter.

Mr. Ayo: Why is she covered in frosting?

Brick Meathook: No idea, but I kind of like it.

WCS (crouching): Did she see me?

Brick Meathook: No, but she got an eyeful of me.

WCS: Is that a good thing?

Brick Meathook (looking down at the crouching WCS): Hey, I do all right with the ladies.

WCS: I’m just saying, she’s probably out of your league.

Brick Meathook: Buddy, when I turn on the charm, women melt like butter.

Brick Meathook (irritated): I do say so! As a matter of fact, she’d be lucky to date me!

Mr. Ayo: I was trying to tell you guys she was on her way over.

Future Clone Lynda Carter (looking at WCS): So, are you going to help me out, or do I have to finish this sentence with a threat of bodily harm?

Brick’s ill-advised display of bravado is interrupted as Future Clone Lynda Carter swings the bag of Diggler’s boxes, catching him under the chin and sending him crashing to the floor in a wet heap.

Mr. Ayo: Whoa! I wish you’d been on my intramural Apeball league!

Suddenly the shrill, angry voice of entitlement rings throughout the store as an angry Future Clone Debbie Harry storms in through the front doors.

There’s a moment of shocked silence and then…

And then everyone pretty much goes back to what they were doing. As it turns out, a few centuries earlier the power of the Karens was found to be ineffectual against sheer indifference, and so Future Clone Debbie Harry’s outburst is mostly ignored by the various mutants, humans and aliens roaming the store.

Future Clone Lynda Carter (in a dangerous tone): So there you are. I’ve been waiting five years for this…

The two stare each other down. Future Clone Lynda Carter’s eyes narrow dangerously, and she begins swinging her Diggler-filled shopping bag like a Medieval flail. Future Clone Debbie Harry stands strong for a full second, then makes a break for it, running out the door as fast as she can. WCS and Mr. Ayo take advantage of the distraction and, each grabbing hold of one of Brick Meathook’s legs, scamper off further into the store, leaving a large wet trail behind.

Future Clone Lynda Carter barely spares the trio a glance, as she bolts toward the doors in pursuit of Future Clone Debbie Harry. She makes it outside, just in time to run full-tilt into Beerguyrob, who was walking into Iguana Mart with Lemonjello and Rikki-Tikki-Deadly.

Beerguyrob: Whoa! What the heck?

Future Clone Lynda Carter (pushing him aside): Out of the way! I’ve got an ass-kicking to get to!

Future Clone Lynda Carter storms past them into the parking lot.

Beerguyrob: She was swinging that shopping bag like she meant serious business. D’oh! Crap, I forgot the shopping bags!

Rikki-Tikki-Deadly: Big deal. We can just use plastic this time.

Beerguyrob: Not a chance. We’re trying to save the planet, remember?

Rikki-Tikki-Deadly (glancing outside at the Wasteland beyond Iguana Mart): I mean…I think we’re too late.

Beerguyrob (holding up the RV keys): Look, just go and get them, all right? They’re in the RV. Grab ‘em and meet me here by the register.

Beerguyrob (chuckling): You’re damn right I left the bags on purpose. By the time he finds them and gets back, we should have our shopping done. I figured that was the only way to keep him out of trouble.

Cut to: Rikki getting into Doktor Zymm’s RV. He opens up the driver’s side door and climbs in, just in time to get pushed into the passenger seat by Future Clone Debbie Harry, who had been hiding nearby.

Rikki-Tikki-Deadly: Hey! What the hell?

Future Clone Debbie Harry (snatching the keys out of his hand): I knew I recognized this thing!

Rikki-Tikki-Deadly (as the RV’s engine rumbles to life): Wait a sec… Am I being kidnapped by a hot blonde in the middle of a post-apocalyptic future?

Future Clone Debbie Harry (pulling the RV out of the parking spot): Pretty much.

Beastmode Ate My Baby
A frequent guest-star on the award-winning seventeenth season of Here Come the Brides as well as Petticoat Junction: The Outlaw Years, Vic Darlington was arrested in Miami for poodle smuggling in 1986. Fleeing to the United States to avoid prosecution, he worked as a delivery boy for Señor Pizza until finding a steady gig as the bassist for the Johnny Zed Power Trio. He currently lives in North Hollywood with his trophy wife, two meerkats and the world's largest collection of second-hand bowling trophies.
Subscribe
Please login to comment
37 Comments
Inline Feedbacks
View all comments 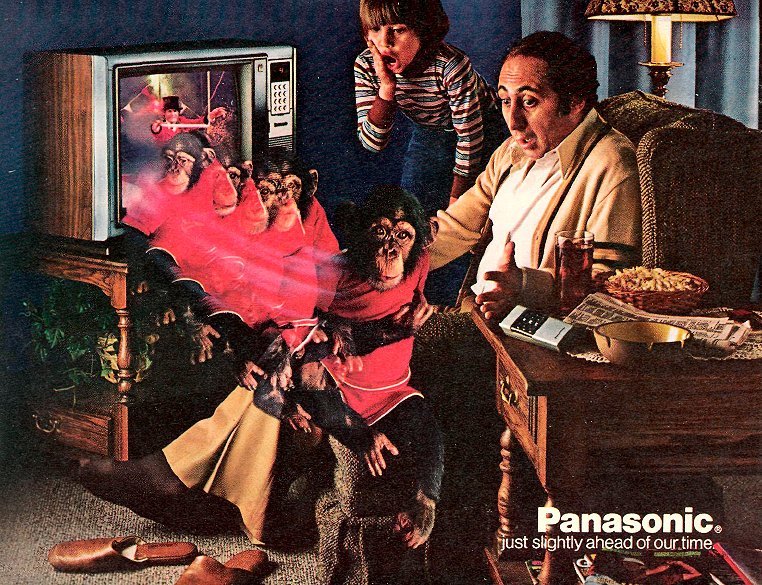 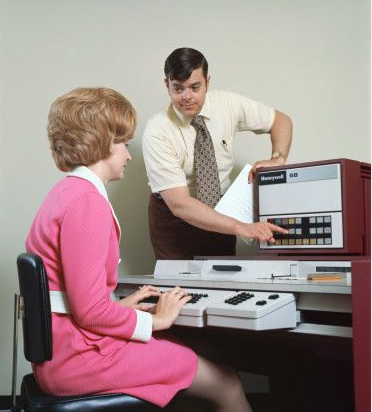 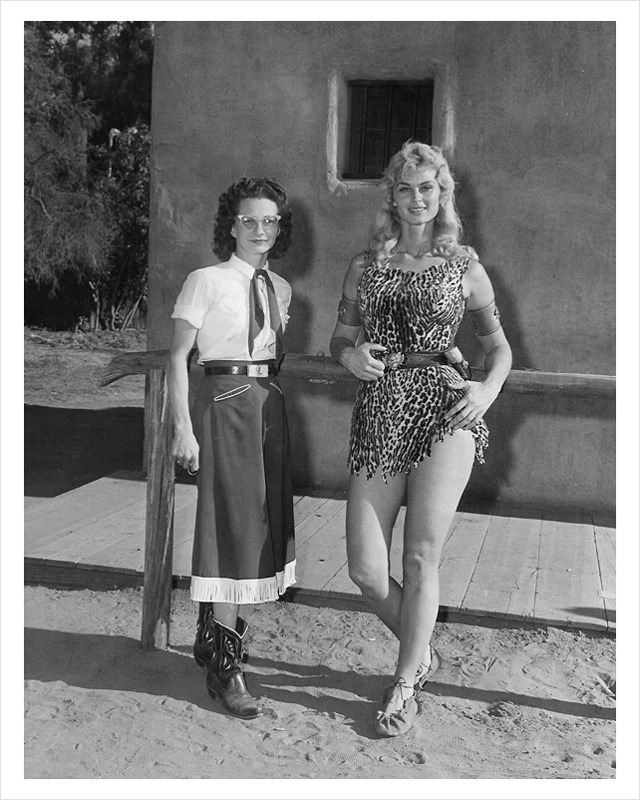 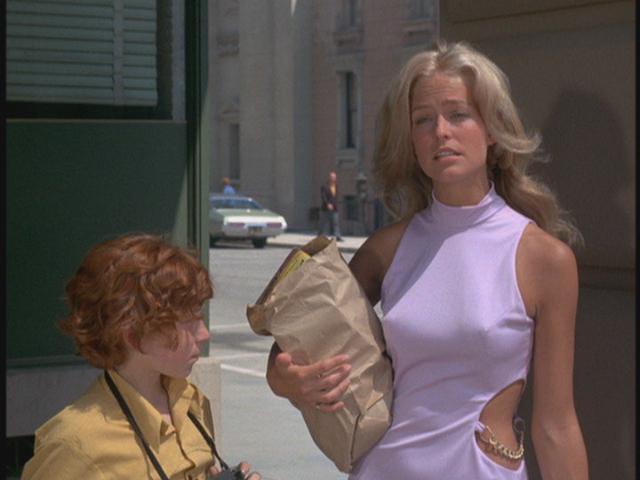 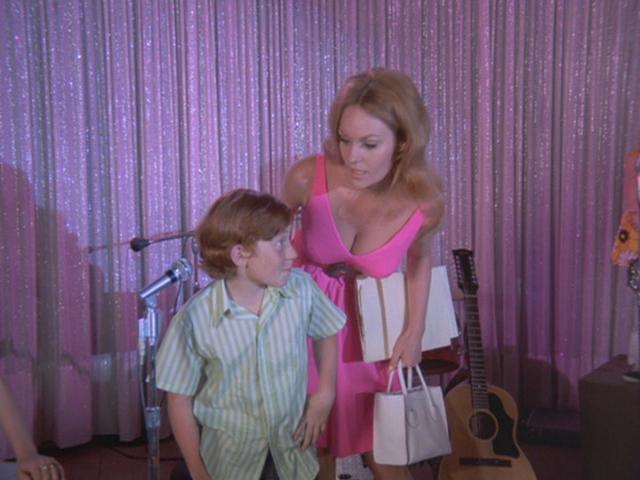 Or what I call “Saturday.”

Well it worked out well for him. Nobody grew up more healthy and well-adjusted than ol’ Danny B.

/Rolls eyes so hard they fall out of my head and drive to the package store so that I don’t have to.

Yes, he is a complete fuckhead. My statement still stands, and with that he could have turned out so much better. 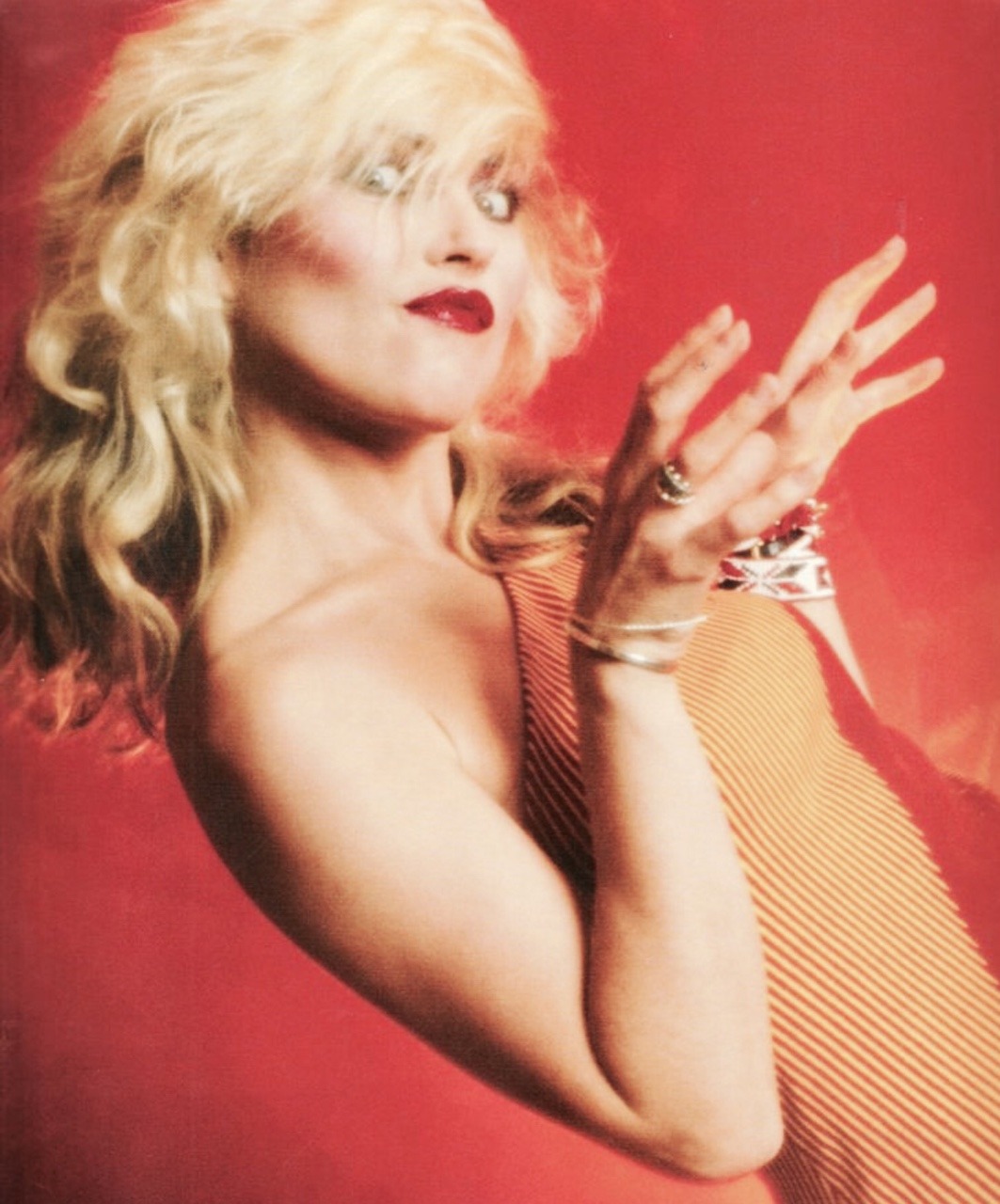 This is perfect. It’s also probably the last thing HRTN Rikki will see before he dies.

Are there rules for Apeball? I’m asking for a friend. The friend is me. I am friends with myself and in the end isn’t that what we should all strive for? 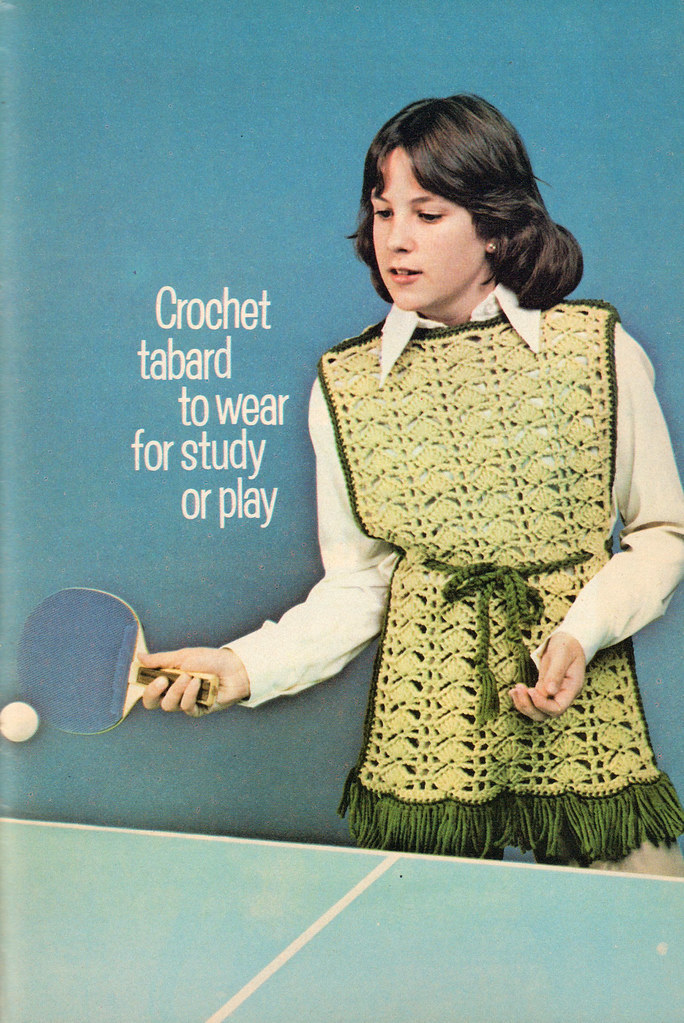 There are, but I need to get them translated from Apelish. I do know that there’s going to be pretty intense competition for the Banana Cup this year.

Shopping is just like working with Mike Glennon – it’s all about game management.

And being able to reach the highest shelves just by craning one’s neck. 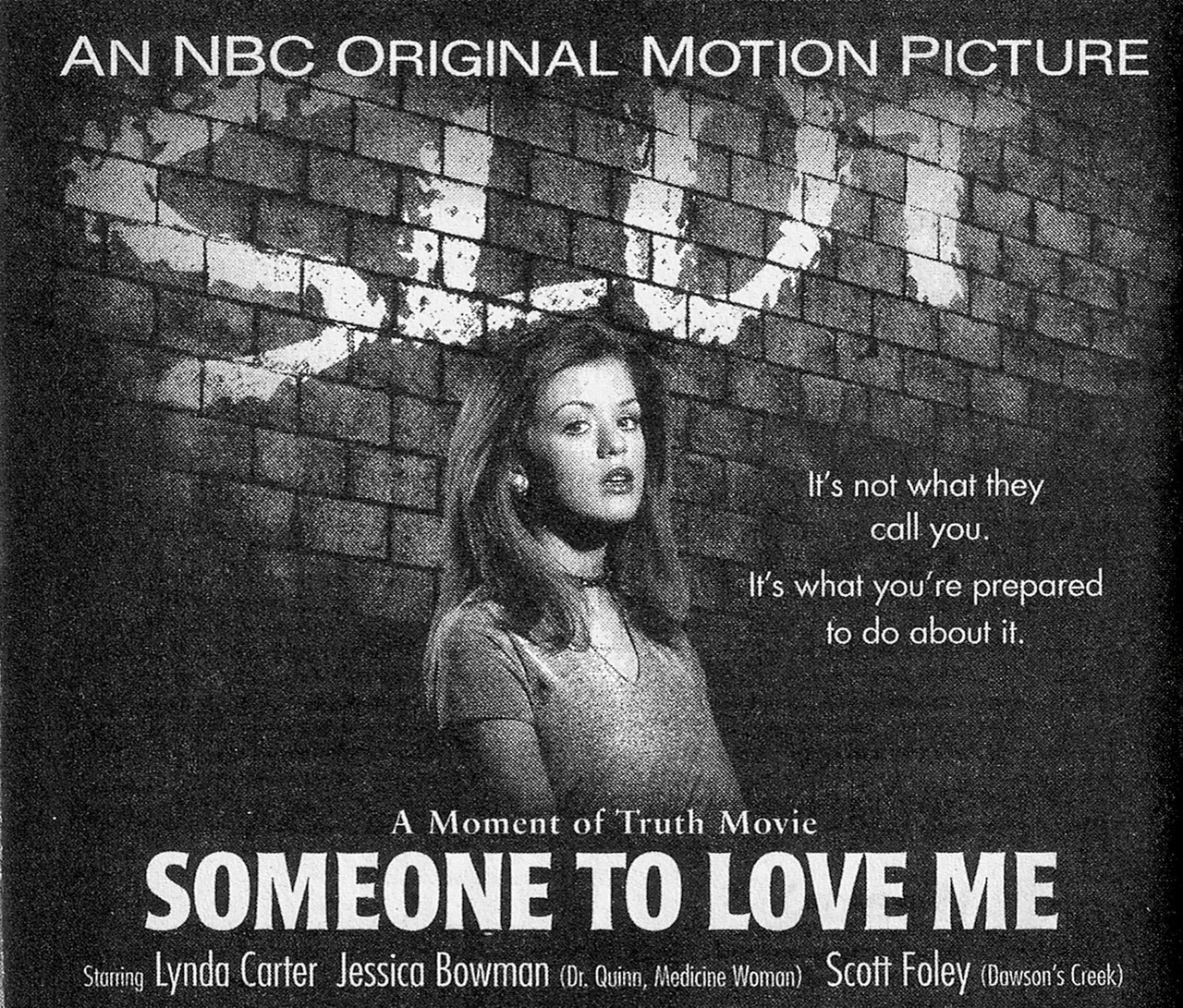 I got beat up by a girl with donuts

Brag some more, why dontcha?

Is telling a Karen to go fuck herself the same thing as indifference? Asking for a friend…

Thank you… errr whomever you are asking for.

What do you do when they herd up?

Most of the time that’s a good thing.

I remember when I was in England and a nice bloke asked me if I liked puffing fags.

I said ‘Of course I do, I try to do it 2-3 times a week!’ He was very baffled when I asked him to put his cigarette out though because I want nothing to do with those cancer sticks!

I sometimes get shit faced and post in what I think is an open thread. Sorry.

I sometimes get shit faced and post airplane engine pics on Grindr.

Any appearance by BCHS is a special occasion.