We are in the middle of a shitload of games in a row:

Like last week, we don’t really have much time to reflect upon the Round That Was because there is another Round starting tonight! The one new thing is that the AFL revealed the schedule for Round 13, which will be the Doug Nicholls Round!  As you will remember from previous years, this is the Round where the AFL teams wear special guernseys celebrating and recognizing Aboriginal and Torres Strait culture.

Here are the results and highlights from Round Ten:

Port keeps winning and our very own WhyEaglesWhy was at this game!

Brisbane couldn’t hold off the defending champs.  A repeat may still be in the cards.

The Cats rotated a lot of players and they still won handily and could have won by more.

It looks like the Crows are not going to win a game this year.  That fourth quarter was awful.

The Pies won to keep pace with the leaders, but they suffered more injuries.

This game was an absolute thriller.  It came down to the final two minutes:

It was a gritty win in the wet.  That means two things.

Here is the Balls GraphTM:

Here is where we are after Round Ten:

There were a couple of slight moves with Litre_cola pipping Dolph Ucker for 3rd place based on margin and WhyEaglesWhy and BC Dick changing positions. Congratulations to Litre-cola for getting a perfect 7 out of 7!  That’s our first perfect Round of the year!

With the new compressed schedule, it will be more important than ever to enter in the tips in advance.  Like now because the first game of Round Eleven starts in a few hours.  As always,

DON’T FORGET TO PUT THE FOOTY TIPS IN!

I’ve been providing, for your advanced Tipping reference, the schedule for the next few rounds (All times Pacific). Here then are the game schedules for Round Eleven to Twelve:

2:40 AM – Brisbane Lions v Western Bulldogs at The Gabba

12:10 AM – Melbourne Demons v Collingwood Magpies at The Gabba

2:10 AM – Richmond Tigers v Gold Coast Suns at The Gabba

2:10 AM – Collingwood Magpies v North Melbourne Kangaroos at The Gabba

The postponed Essendon-Melbourne game will be made up after Round 12, but there is no schedule out yet.

1- I am REALLY looking forward to WhyEaglesWhy’s Boots On The Ground at the Port Adelaide-Western game.  It must be amazing being one of very few people IN THE ENTIRE WORLD that could see a live sporting event right now.

2- The Richmond Tigers, like the West Coast Eagles, are back and they’re scary.  Those two are my top two teams in the competition right now, no matter what the ladder says.

3- The Cats have been doing a masterful job of rotating players and giving new guys opportunities during this compressed schedule.  The young guys are responding too.  This bodes well for the future.

4- The Adelaide Crows are so bad even the announcers are rooting for them to do something good.  They were good for three quarters against the Demons but that last quarter was just horrendous.  People will be fired after this dreadful season mercifully comes to an end.

5- I don’t think Litre_cola, in his wildest dreams, thought that the Saints would be in 2nd.  He is sure they will fall, and they probably will, but man what a run they’re on!  That game against Gold Coast was something…

6- Next week’s games start right away with a titanic clash tonight between Port Adelaide and the Richmond Tigers.  Luckily, it starts before midnight on the West Coast.  If you can’t sleep, this game should be on your TV tuned to Fox Sports 1 or TSN1.

That’s all for this week.

As discussed last week, Fox Sports has the rights to the AFL in the United States while TSN has the rights in Canada and the AFL is pressuring them to have more games available on the FS1, FS2, and TSN networks. Now is the perfect chance for you to see what all the fun is about!

Not only that,  but ESPN has jumped back into the AFL pool! They’ll be broadcasting one game per week live on an ESPN network and streaming another live on ESPN3.

You can find the latest broadcast information on the Australian Football Association of North America website here.

Here is your Round 11 live broadcast schedule with North American broadcast partner:

See you next time!

I just cut my own hair (I just ran clippers over it and then did a fade on the sides and back with some scissor work on the front). I feel like a god.

I’m also vested at work as of today, so life is good. Gonna help a friend and coworker move on Sunday, kinda. I’m not sure what I’m supposed to do besides show up, actually.

I am officially off of reporting to work duty for 5 days motherfuckers.

I may need a beer and a carne asada burrito.

Damn sure know I’m putting my toes in the surf.

I have a song I want to play. 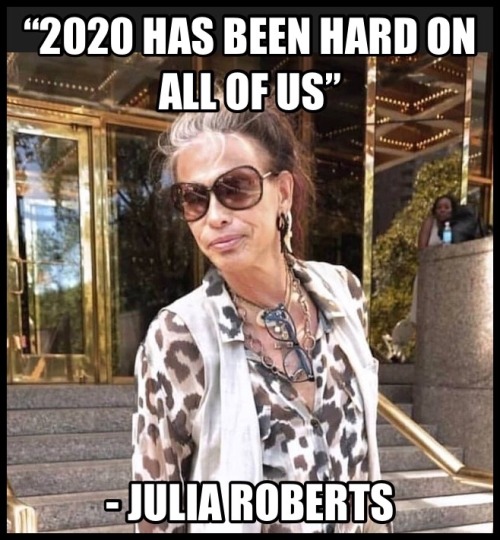 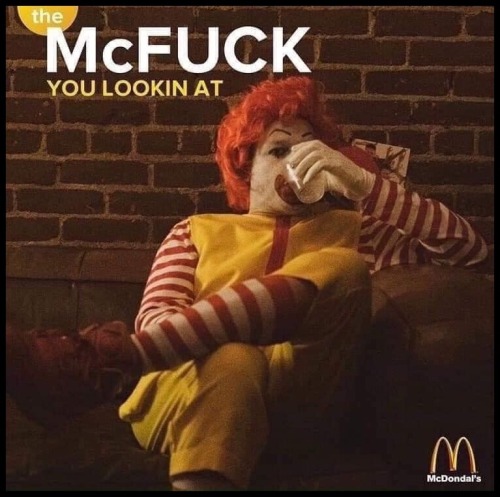 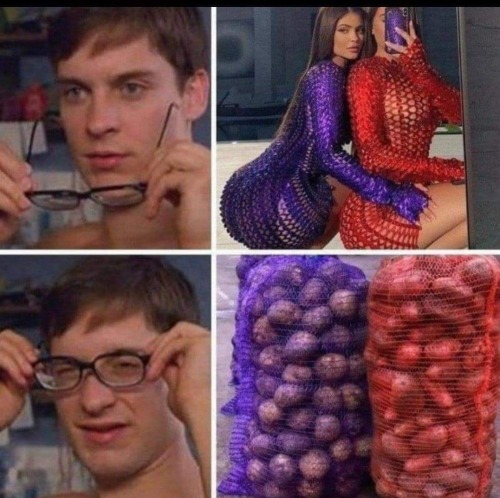 I made a similar mistake today. 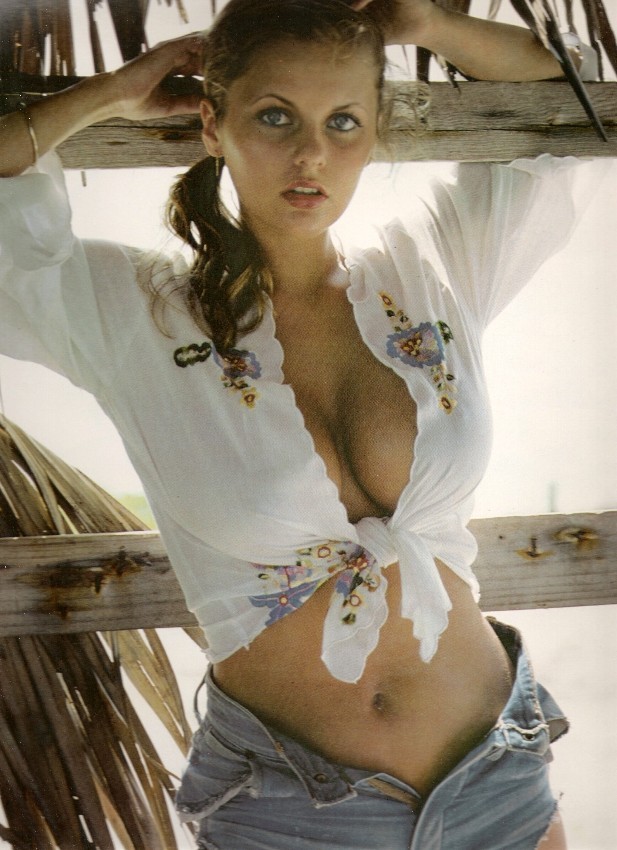 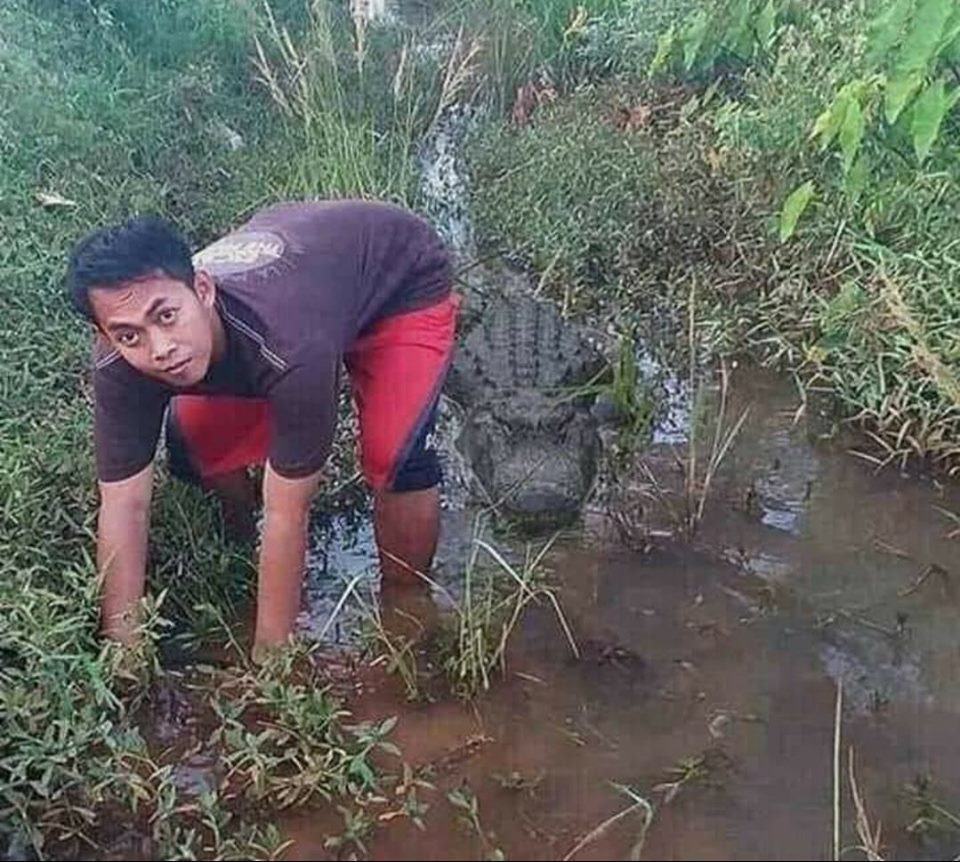 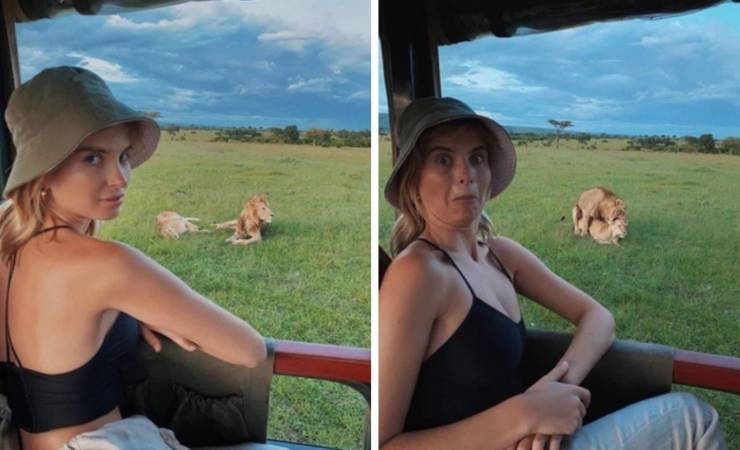 (shit, this guy’s not gonna do another Trout stat, right?)

(what an annoying asshole)

Hold up, are we invading Mike Trout next?

We would lose. Bigly.

Hey, Arena Football’s back and Balls has sexy feet!

No, I didn’t actually read the post. Why do you ask…? 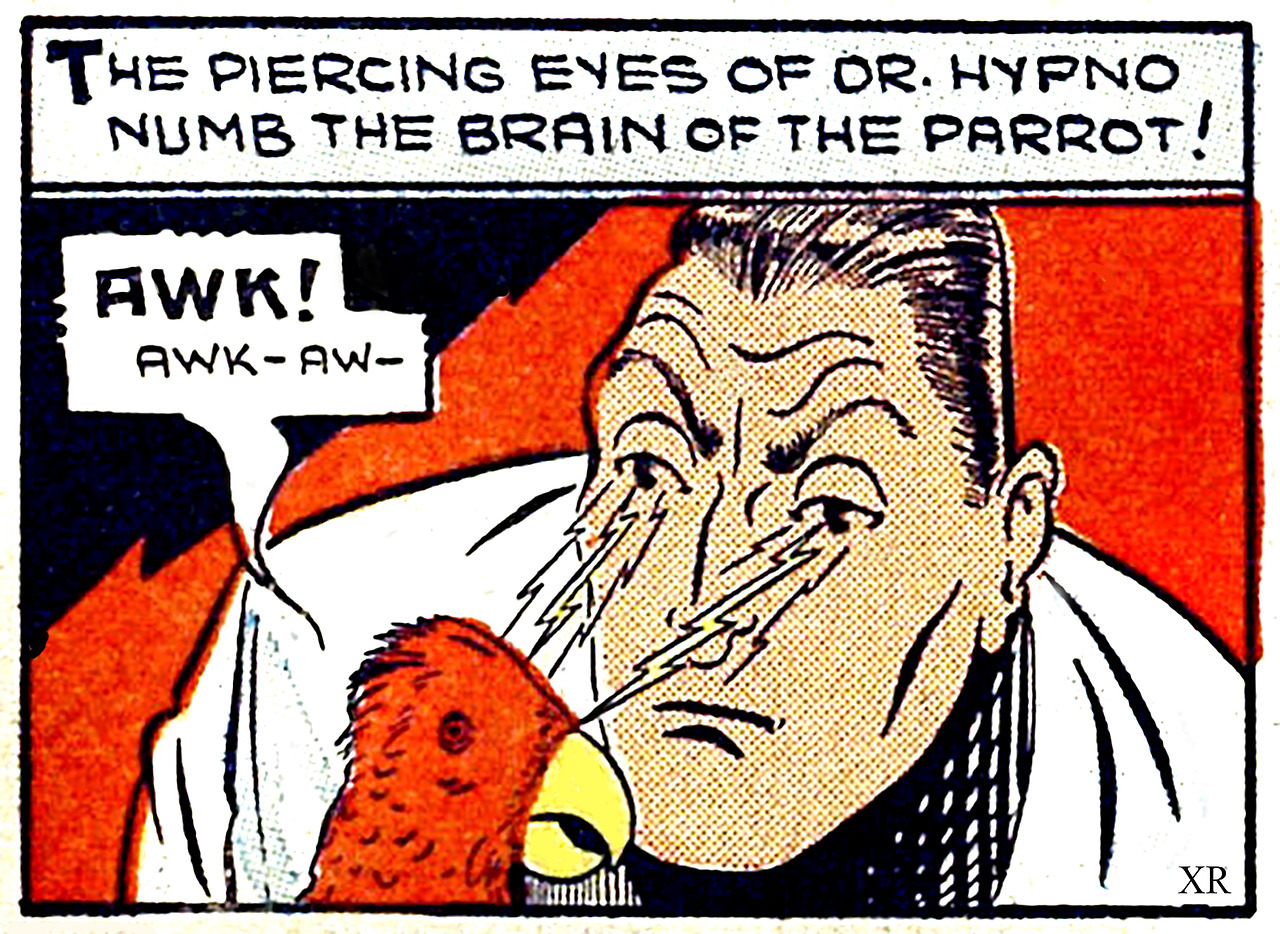 in Remy’s defense Coach Tomlin is an ass in this movie.

Saw them open for Hall & Oates a few years ago. Really good band, more good songs than I remembered.

oh shit, forgot Jennifer Connelly was the wise lesbian in this movie.

Spike Lee sucks because of lack of explicitness.

Hey Higher Learning is on. It’s Aging will.

Here you see my guy about to completely expose the plandemic 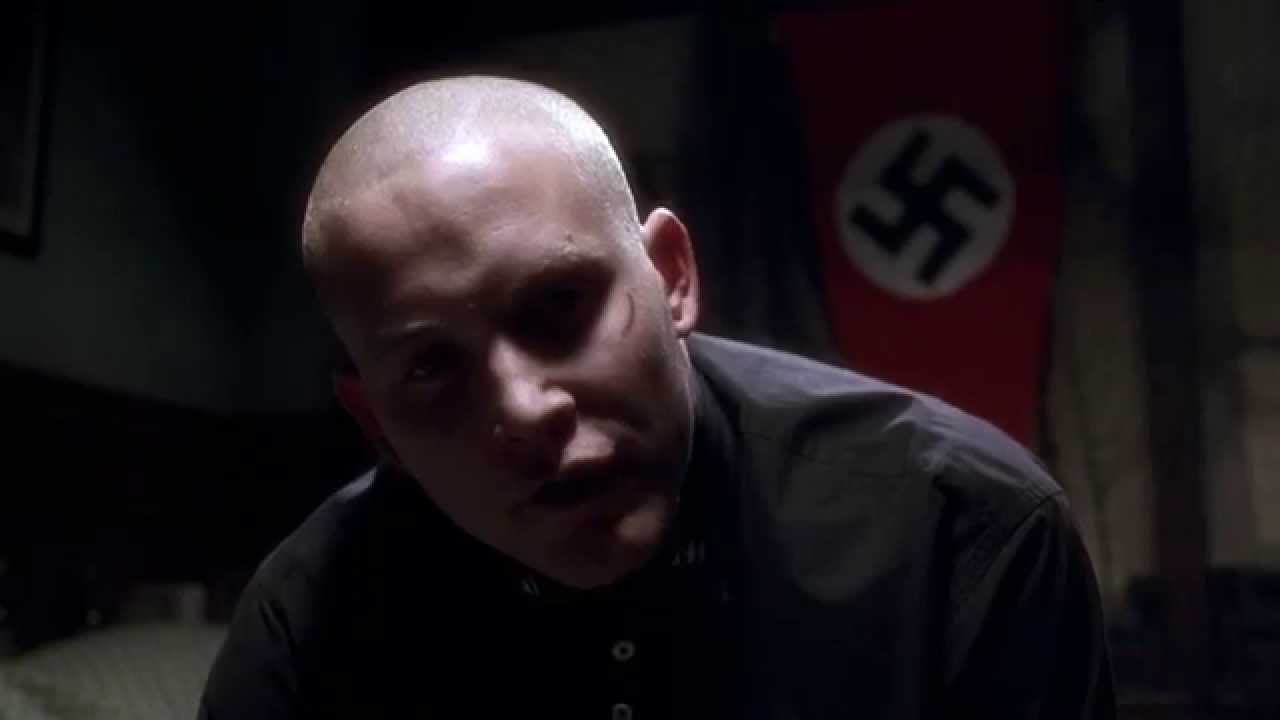 Is that Billy Corgan?

Good people on both sides in that film.

Thinking about a horror movie where a psychotic hockey coach slowly makes his way around the bubble, murdering his defensemen

That was like watching the Leafs against the Bruins.

Does the virgin player die?

There is some sexy on the previous page , if’in’ you’re interested.

And I don’t mean that in a congressional way. 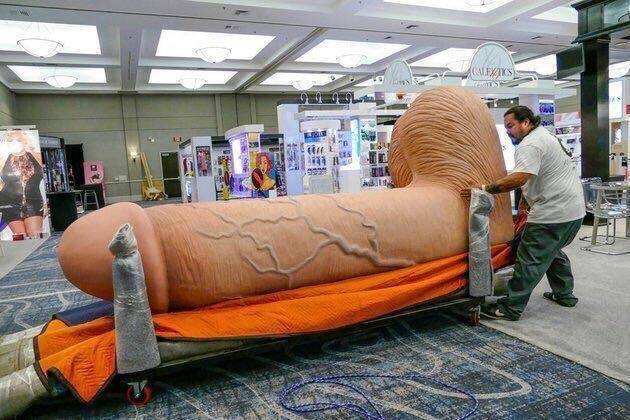 Spur
Reply to  Moose -The End Is Well Nigh

But guards took away Hastert’s internet privileges for the week

So who’s doing the DFO? Who’s the commissar?

Both 5 seeds and a 6 seed eliminated today. Love this shit.

Andy Reid is not sad about this, because those seeds might have grown up to be vegetables.

I’m OK with the Leafs winning tonight as long as they get blown away next game. It just prolongs their futile hope of winning the cup

Bird in hand my friend.

Oh no. Columbus wtf are you doing?

Must be autumn because the Leafs are falling. 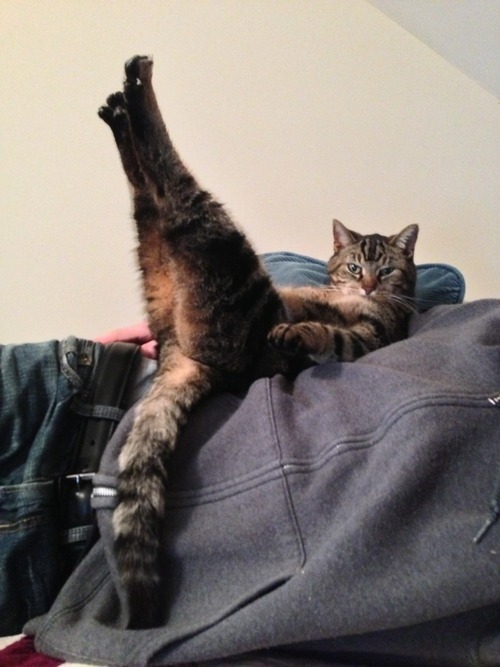 Also worth mentioning, again and in very large flashing letters, that if Tronto loses here that’s yet again that Tavares’ old team does better without him