Our 2019 Tampa Bay preview focused on the team’s nickname and the crab- stealing quarterback. Well, seasons change, people change, but Tampa Bay’s quarterback remains shady. Just in case you missed the news (and the accompanying screeching and wailing from the Greater Boston area), Tom Brady decided to head south for the winter and play his 33rd (ed. – check this or whatever) season in the MRSAmeth capital of Dixie. The 2019 Buccaneers finished 7-9 and played an exciting and unpredictable brand of football. It’s possible that Jameis Winston was a great quarterback and just threw interceptions to keep the crowd interested. But my friend Occam said that it’s more likely he kinda sucks. So in order to get them (warning: sports cliche ahead) to the next level, the Bucs signed a legendary quarterback who’s just entering his prime.

Of course, signing a new quarterback does not guarantee a Super Bowl title. (You also need to cheat.) We need to examine the rest of Tampa’s offense, but let’s make it quick because this is boring and I’m already regretting accepting this assignment. They have a running back from USC that, to everyone’s surprise, has not murdered anyone yet. Ronald Jones II (really? The first was so fucking famous we need this stupid suffix?) will be the lead back with some other guys named Jimmie sprinkled in. Everything’s better with jimmies sprinkled in. I had this cupcake the other day that was moister than Ralph Malph. Wait…that actor’s last name was Most, not Moist. Dammit. This isn’t working. Let’s bail on the running game (just like the Bucs in the 2nd quarter of every game in the last 10 years) and talk about the offensive line. Some big dudes, those linemen. They need you more than want you, and they want you for all time. To illustrate the protection scheme, here’s another picture of Brady.

Tampa Bay has good receivers, including Lee Evans, Chris Godwin, and GRONK GRONK GRONK. That’s right, Tom Brady convinced has friend and walking herpetic sore Rob Gronkowski to bail on his Road Rulez Retirement and injure himself and underachieve for the Bucs. With such a gifted (physically) bunch, Tampa will no doubt run a lot of multi-receiver sets and shotgun. The combination of personnel and play design should really fit the bill. You could say it would really fit the Brady bill.

They also have a defense and special teams.

2020 PREDICTION: Tampa Bay will start the season 3-2 and then COVID-19 will hit the locker room and spread throughout the team and eventually the whole league and the NFL season will be cancelled. All this is for naught. Your life is meaningless. Eat peanut butter off a hooker’s back tattoo because nothing matters.

Also, I ran out of famous Bradys.

SonOfSpam
SonOfSpam is a mediocre ship captain and an even worse writer. He is allowed to contribute to this website in exchange for money and drugs. Please don’t encourage him or make direct eye contact.

SonOfSpam
SonOfSpam is a mediocre ship captain and an even worse writer. He is allowed to contribute to this website in exchange for money and drugs. Please don't encourage him or make direct eye contact.
Subscribe
Please login to comment
39 Comments
Inline Feedbacks
View all comments

Speaking of the Brady Bill, this seems like legislation we’re gonna Executive Order away on 11/1. 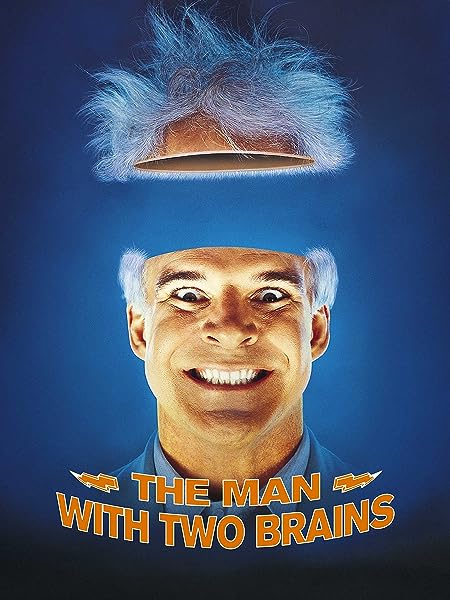 Last edited 1 month ago by rockingdog
2

This is nice. But whatever the result of the election, I still fear that TRump has a chance to turn this country into Mad Max/Road Warrior/Beyond Thunderdome/Fury Road world before January.

Let him try. I have a Subaru with 200K+ miles on it and can easily leverage that into an Army of Amazonian lesbians and…

Ah fuck; I just wrote the next plot twist to Hard Ride To Nowhere.

Loved the book and the movie. Apparently they re-made the movie a couple years ago. *checks* Yep. Charlie fucking Hunnam? Never heard of it. Free on Amazon Prime right now…

I don’t think I would even look at it. I have no issue with Hunnan’s acting, but that and so many other things, they just can’t tell that story any better.

Last edited 1 month ago by rockingdog
1

for other Brady’s aren’t there like 27 Brady Bunch kids.

That was also true for my boyhood fantasies.

I was never one who favored blondes, but Jan was more my style. Although I understand that the young lady that portrayed Marcia.was a bit of an underage hose monster with the crew.

Jan always seemed way too smart for that family.

At that age I didn’t give a shit. Thanks for going with the joke as usual.

You very seldom fail at missing, that is much better consistency than I’d ever hope for.

Everyone has a special purpose.

At least you don’t attack it maliciously, in other words; not an asshole.

Also, never mind how I know this, but there’s apparently an Annabelle Brady.

Use incognito mode when googling…

Moose -The End Is Well Nigh
Reply to  rockingdog

Honestly, I’m shocked that they are cancelling at all. I think it’s the right thing to do, just didn’t expect them to play it safe.

The conservatives were all clamoring for the season to go on. Now, the Republican sportsfans are going to realize this COVID shit is for real going into the election. I’m sure the Trump folks would rather a bunch of black athletes die than they actually lose power. I look forward to a calm, well-reasoned, and not at all racist response from the Trump campaign. 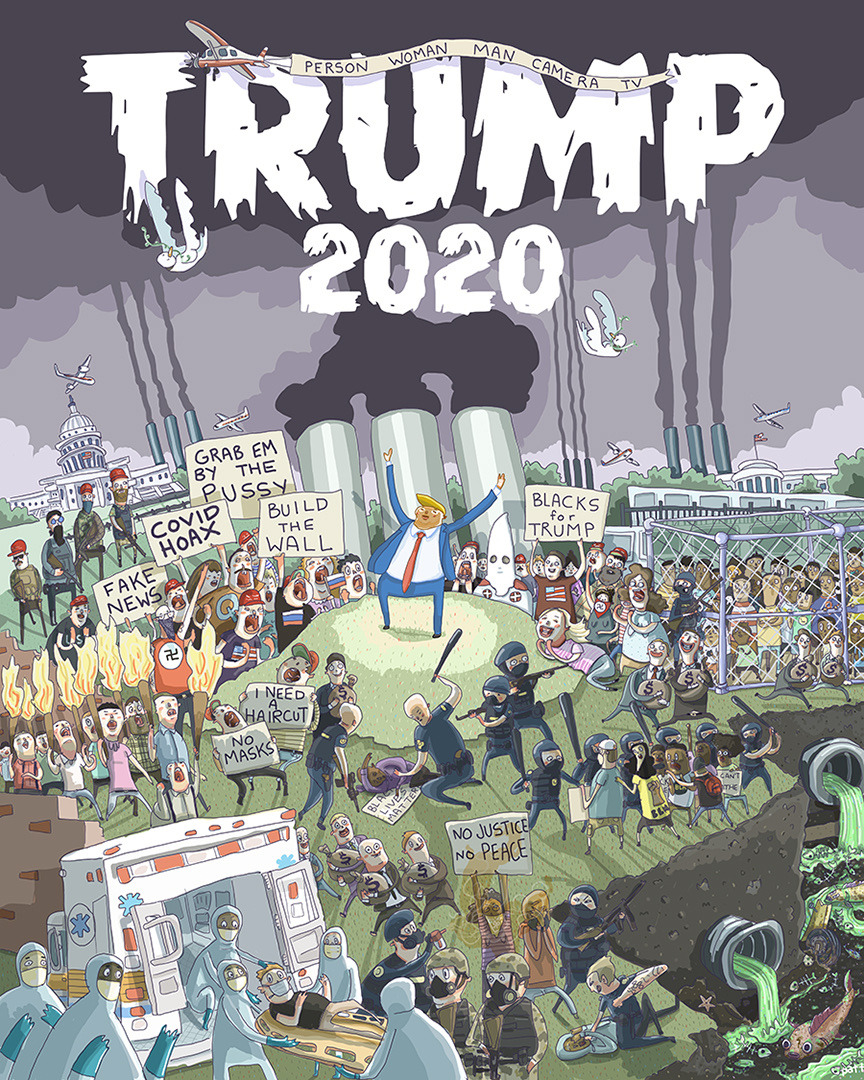 Yep, pretty much sums it up.

“How can you forget about my time with the Browns, or the Broncos? What about the Chiefs, Seahawks or Jets? Not ringing any bells? Well, what about the Rams? Dolphins? C’mon, help a guy out. 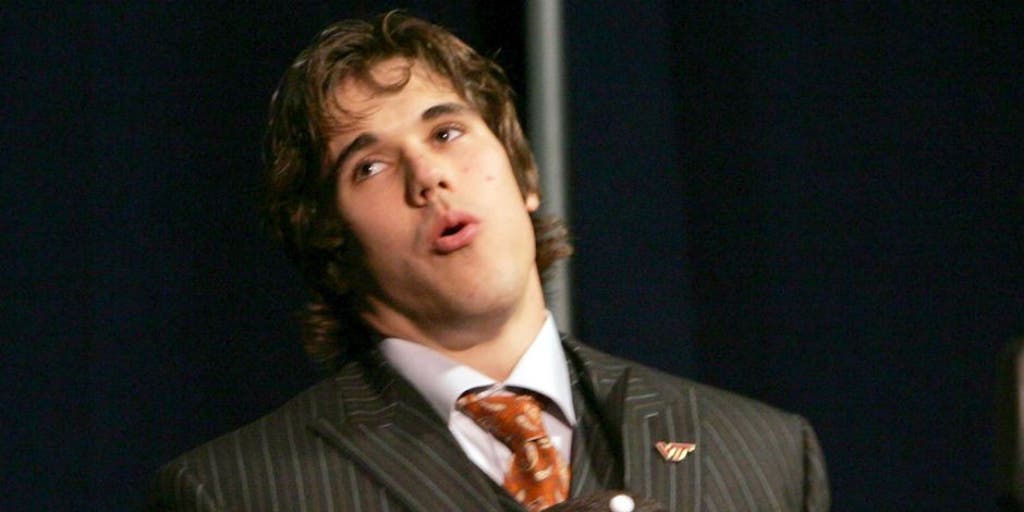 I hate myself so much for how hard I laughed at poor Jim Brady. At the time, or just now?