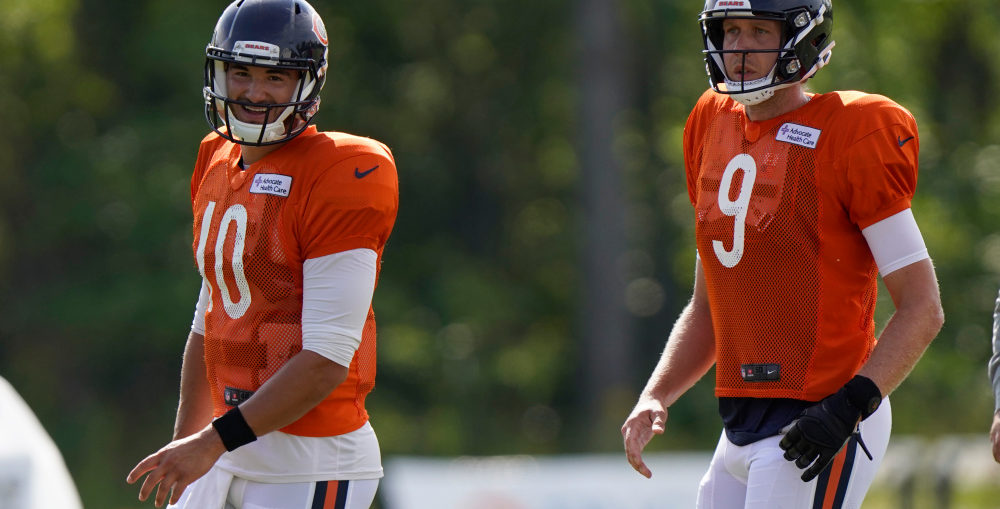 The scene, a brightly lit room, the kind you might find at a medical facility, or that nice place your unreliable cousin got sent on that “vacation” last year

Unidentified voice: Hello everyone, welcome to another session. Today I’d like to welcome a new assembly. Before we begin continuing last week, I’d like to introduce or newest member, one Mitch Trubisky! 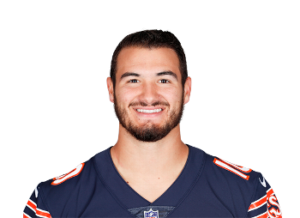 Trubisky: Actually I prefer to algo by Mitchell, and I”m honestly not sure where this is. Looks like a rehab clinic.

Voice: that’s because it is! 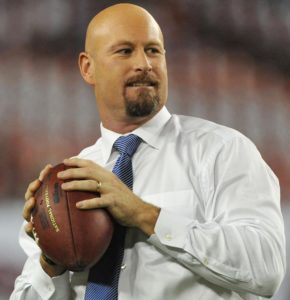 Trubisky: Trent dilfer? Why are you here? and why am I in rehab? I have no substance abuse issues

Dilfer: first off  that’s Superbowl Champion Trent Dilfer, oh, not regular rehab, QB image rehab. We’re here to fix your image, so you can get back on your feet, like this guy: 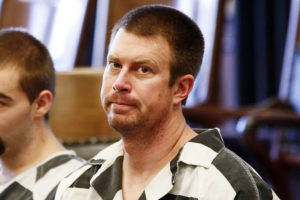 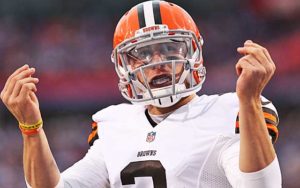 Trubisky sits there in dumbfounded silence

The bears enter their 101st season (just feels weird typing it out) with a quite a few questions, with qb being the biggest one, but before we delve into that, let’s look at the other aspects of the team:

Defense: still top notch.  This unit was very close to being a top 5 defense last year, and even if there’s a dropoff it shouldn’t be too dramatic. Its absurd how quickly this unit has been forgotten in all the criticism of trubisky. The biggest question mark for the defense is the loss of nose tackle Eddie Goldman, who has opted out of the season. Will the other Bears D-linemen step up? Aikeem Hicks was hampered by injury last year, and was already had a mild injury in camp.

Well then, let’s check out those offensive groups:

Allen robinson, and that’s it.

Okay maybe the other guys can contribute, but I’m not gonna holding my breath that Anthony miller, ted Ginn, or Calvin Ridley are gonna suddenly turn into productive players. Miller in particular after he badly regressed after a promising rookie year.

The only player I’d keep an eye on is Darnell Mooney. The rookie has been turning heads in camp

The decaying corpse of Jimmy Graham and a rookie from Notre Dame who’s last name I can’t pronounce. I’m sure this will bode well for a system that relies on tight end production. If nothing else, we got rid of trey burton.

Tarik will continue to be the sizzle to David Montgomery’s   not yet proven steak. I actually something of a breakout season for Montgomery assuming the injury bug does rear its ugly head.

Also Cordelle Patterson is  now listed as a running back. While I actually think this is more in line the way he’s used on offense, this feels like a weird attempt to make up for a lack of running back depth.

Never mind, the absolute latest depth chart has him as a receiver again. Crisis avoided?

So we’ve finally arrived to the big question. How will quarterback Mitchell Trubisky fare in his fourth year. I’m not even gonna entertain the possibiltiy that Nick Foles ever had a chance starting the season. Trubisky got a lot of criticism for last year. And you can bet your polish sausage I got an opinion about that.

I honestly think trubisky got a bad rap last year. Maybe its the bears homer in me, but I saw a lot of problems. Injures to the receivers and tight ends, a subpar o-line, and a non existent run game, and while those problems haven’t been explicitly solved, they’ve been somewhat addressed.

Yeah both Mahomes and Watson are better than Trubisky. But its blatant hindsight. I’m so sick of everytime the bears do ANYTHING its put instantly put under a microscope so the talking heads can circle jerk each other about one of the league’s most popular teams without fear that they might make a serious run at the playoffs. Idon’t care how stupid it sounds. Trubisky was bad last year. He was good the year before. A regression of that level means outside factors. And trust me, there were outside factors, now back to our protagonist:

Mitchell: I’m sorry, this is absurd. There’s no comparison between us. All three of you were drafted with far more expectations than me, and those who want to write me off as a bust made up their mind before I ever stepped on the field. I’m outta here

There you have it. A scathing take on the bears haters. The people who say I’m making excuses are just as likely to turn around and make every excuse in the world for their own QBs.

Come hell high water I will support this team.

Brocky
Congratulations, you've wondered to the profile the being commonly known as Brocky, step 2 is washing it off. Brocky is a castaway from the old site, and took part in the great migration of 2015. His tastes can vary from the cynical to the bizarre, and a weird affinity for the band Nightwish. Brocky is a die hard Chicago fan, and can be found hanging his hat in Indiana, his windbreaker in ohio, and once lost a shoe somewhere in northeast michigan (Don't worry lefty, you and your brother WILL be reunited) anything else? feel free to ask... also, if you're wondering about the pic, its a hyena carrying a the head of a lion. King of the Ocean my Ass!
Subscribe
Please login to comment
24 Comments
Inline Feedbacks
View all comments Bear Down! FOAR There Will BE Midterms

Brocky
Author
Reply to  Moose -The End Is Well Nigh

This is a representation of the bears quarterbacking draft process

Your 2020 Chicago Bears: Literally an Afterthought.

A few more juleps and it will be okay.

HOW CAN A TEAM OWNED BY A GRADUATE OF ARIZONA STATE UNIVERSITY BE A VICTIM OF CRIMINAL MISMANAGEMENT ?! 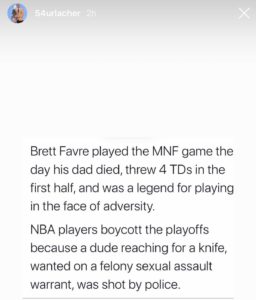 No one gives a fuck about a cue ball from the worst town in New Mexico and his social media.

Ugh. My liver has never been happier than now that I have to work every Sunday afternoon until mid-October. That being said, as shitheap seasons go, last year’s 8-8 was pretty good in comparison to the Wannstedt/Jauron/Trestman/Fox eras. If that’s as bad as we can get, I’ll take it.

That’s another thing that ticked me off, bears weren’t even THAT bad last year, but people act like they were 3-13. The scrutiny just comes with the territory

Hindsight my ass. I wrote this months before the 2017 draft, and I’m an idiot:

I mean, they did trade the pick…

But your point doesn’t account for Watson and mahomes.

That’s fair. No one saw Mahomes as a Top-5 pick. I didn’t even have him going to in the 1st round that year because all the other writers I stole stuff from barely mentioned him. I think Watson, however, was seen as the better prospect and the Bears might have been better off taking him, or they might not have, because they would have just Bears’d his career.

Also Watson is one of those guys who seems to have tons of talent and potential, but just doesn’t quite put it all together, (see also, Prescott, Dak), although in Watson’s case I’d love to see what he could do with a couple of seasons under someone not named Bill O’Brien.

So true; people have opinions about draft choices and it is the same as flipping a coin only the odds of picking correctly are much less. Teams spend millions doing analysis on these dudes and it is still a matter of weighted chance if the individual will work in the NFL, let alone their individual system. People will say something (+ or -) and be correct one in 100 and then say “I KNEW IT!” (Mel makes a very good living doing this). The big pressure is picking the right QB which makes teams desperate, which makes them take chances by projecting, thus reducing the odds of success. They can even pick right, then throw the individual into the chaos of changing coaches and systems of an unstable desperate team and the chances of success are even less.

I guess I’m saying that ya, it’s easy to imagine the bears screwing up, and i feel like we’re so used to screwing them up that we’ve kinda jumped the gun on trubisky here.

You are truly a genus.

Smokin’ Jay is that perfectly cromulent QB that you are sure you can improve on…then you don’t. Donks went through that desert wandering, too.

Trubisky does unfairly get the heat for the godawful to trade up to get him when there was no way he wasn’t already going to be there.

He fairly gets the heat for being dumb as rocks.

But he should get more praise being unafraid to kiss them titties.

That trade was just unbelievably bad. So bad.