Where were we? Okay, Dead Johnny, a WW2 vet (though he is only 24 years old or so) and hobo, wears a red bandana for ‘good luck’ and as a reminder of his dead war buddy. He’s headed to New Goshen, Indiana for a meetup. Let’s let another character in our story introduce himself now…

I don’t think it was even three days after I graduated from high school that my daddy told me, “Son, you’re going to serve your country.” and that was that. He marched me over to the recruitment office and three days later I was on a bus headed to camp. My unit didn’t see much heavy action as we got over there kinda late. We thought of ourselves as “The Cleanup Crew”. We’d run into pockets of krauts that had either broken off from the main force, or were trying to find their way home, or were just plain lost. It was usually between 5-25 guys and we, being a much larger unit, would eventually surround them and start picking them off. Whether they holed up in a bunch of bushes or at a farmhouse it didn’t matter much. Just like shooting squirrels as far as I was concerned. I caught hell a few times for not letting some of them surrender but what the hell were we over here for anyway? And really, it wasn’t that much hell-after all, Sarge sent me right back out there and I did end up with about 30 or 35 kills and quite a few souvenirs.

When I got back home I said all my helloes, caught up with some buddies and got bored real quick. So I had mom wash and iron my uniform and I put it on and I marched right down to the sheriff’s office and asked for a job. Sheriff looked at me and asked, “Why should I hire you, young fella?”. I replied, “Well, I served my country and now I think I can serve my community. I can take orders, I can handle myself and if things get rough I know how to handle myself.” He smiled and said, “Well son, looks like you got yourself a job.” I guess it didn’t hurt that my daddy and the sheriff were in the same hunting party and had known each other for more than 25 years. Two years as a deputy in New Goshen does fly by though…

…Sheriff called a meeting for the end of the day and I was surprised to see some squad cars from a coupla nearby towns like Tecumseh and Shepherdsville. Something had to be up-he hardly ever asked for help from them guys. “Now boys, I want to thank you all for coming. We’ve got some tramps gathering together outsidea town and they don’t belong here”. Sheriff hated anyone that didn’t live here, hated anyone passing through-he called them ‘interlopers’. He went on, “We’ll set up back here around 9 when the sun begins to set and if you happen to own a pair of shitkickers, you might want to wear them.” Shitkickers were steel-toed boots, it was plain what we were meant to do. As we got up he looked at me, “Deputy, you may also want to bring Betty along for the ride.” ‘Betty’ was a baton but not your everyday one, no sir. I had her custom-made at the sawmill by my uncle-it was longer and thicker than the usual and made from Black Ash. I once heard a fella deputy laugh and say that I was compensating for something and I told him, “I’ll ‘compensate’ the back of your skull if you talk like that again”. That shut him up quick-I had a bit of a temper and he’d already seen what Betty could do when some black folk insisted on eating at the diner here in town one time.

It was a windless night, birds were quiet but the voices of the hobos carried. We could see the fire they had made and went directly there. Most scattered but I caught one that happened to trip on a log. I kicked him in the chest and heard him wheeze. I got a look at him as he struggled to his feet, backing away with his hands up in front of him-I was surprised, he wasn’t much older than me but from what I could see he had lived a hard life already. I grabbed Betty and swung for his face and hit his forearm. I heard a bone crack and he wailed, turned and ran. I followed him for a short distance until he stopped at the edge of an embankment, there was a stream down below. “Mr, I didn’t do anything”, he said, holding his shattered forearm with his other hand. “That’s not really the point”, I replied. I swung and hit his shoulder as he ducked but when he raised his head again I Dimaggioed him right in the temple. He was out before his body started tumbling down towards the water. He ended up face down in the stream and that’s where I left him.

As I made my way back towards my Packard I could tell that everything was ‘in hand’-I happened to look down and spotted a bright red bandana in the grass. I picked it up and marveled at the odds that I had seen it at all on this mostly starless night. “Must mean something”, I thought to myself. This might just bring me a bit of luck. I tucked it into my back pocket.

Are we looking at ‘end times’ Brees? He seems to be headed downhill fast. On throws of a half yard or shorter (basically dumpoffs to Kamara) he is 12 of 27 so far this year. Some of that number will no doubt correct itself in the short term but one must wonder about his arm and its fitness for duty by wk. 12 or so.

BTW, one of my UI claimants ended up getting a WFH job while waiting two months for this … thing … and she’s taking claims for another state’s UI department. I felt both proud and jealous because at the current rate the only people allowed to work from home for my state’s UI program will be able to do so in maybe 2030.

Anyway. Look around if you need the work. It is, no contest, the best job I’ve ever had.

Last edited 22 days ago by Unsurprised
1

The cat that was high on catnip earlier is now staring intently at an empty corner of the living room so I hope he’s still high as fuck, because otherwise the house is definitely haunted.

the Alpha and the Amoeba
Reply to  Horatio Cornblower

On this podcast I listen to, a guy said that one of his (non-science) college professors claimed that “cat’s can see molecules”. According to her, that’s why they’re always reacting dramatically to apparently nothing.

There’s really only one solution…

If Mark Andrews has more catches than fumbles tomorrow night, I win.

the Alpha and the Amoeba
Reply to  BrettFavresColonoscopy

I don’t see a problem, if he catches covid and doesn’t fumble, you win right?

BrettFavresColonoscopy
Editor
Reply to  the Alpha and the Amoeba

the Alpha and the Amoeba
Reply to  BrettFavresColonoscopy

You trying to cheer up the President post-tax news?

You can see Aaron thinking, “Don’t sound too happy about this side-effect of the global pandemic”

SonOfSpam
Reply to  the Alpha and the Amoeba

Kinda feel like his family thinks it’s a hoax.

I had Lazard on the bench. Fudge me.

I fear his wrath.

Eh, if you have a home you’re probably OK.

Glad to see that the ‘Rona has spared at least some of you. Now I’ve got to catch up on Hard Ride to Nowhere

King Hippo
Admin
Reply to  the Alpha and the Amoeba

NAWT me but now I can has antibodies LIEK A GOLDEN GOD!!

fuck a duck, I do like this new “spinning top” onside kick. It’s like a FITBAW exorcism. THE POWER OF CHRIST COMPELS YOU (to break left)

the Alpha and the Amoeba
Reply to  King Hippo

I like to think of it as the Dreidel of Doom

I wonder how Jac Collinsworth got his job. Years of toiling in small market towns doing hard-hitting investigative journalism, I suppose.

Yeah, we have that in common.

Oh, NOODLE. Forget it. Got any change?

Breesus is soooooo cooked. He might be even worse than MRSA Dreamboat now. 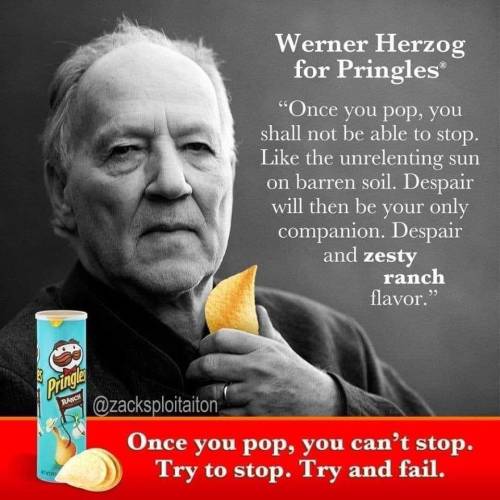 oh SNAP. That is some funny shit. LIKE THAT DONKS DEPTH CHART AMIRITE