I don’t have any great personal stories about Roddy Piper. His heyday kind of came during a low point in my wrestling fandom. I had a lapse in interest between the rise of Hulk Hogan and the beginning of the Monday Night Wars. He was one of the greatest heels and greatest talkers in the history of the industry. He wrestled on the first Wrestlemania, teaming with Paul Orndorff against Hulk Hogan and Mr. T. “Piper’s Pit” was the inspiration of many of the current wrestler-based interview segments. During one famous segment in 1984, he hit unindicted murderer Jimmy “Superfly” Snuka in the head with a coconut.

This is my favorite story. Ronda Rousey had always had the nickname “Rowdy” among her friends, from childhood. Early in her MMA career, she refused to use it professionally, because she thought it would be disrespectful to Roddy Piper. Eventually, she met him in person and he gave her permission to use the “Rowdy” nickname. When she premiered in WWE, she appeared wearing Roddy’s jacket, given to her by his son.

And the best movie line ever:

I spend a lot of time listening to podcasts. Back when I had a job, I would listen to them on the way to work, during work and on the way home from work. Headphones keep people from randomly trying to chat you up and will only come into your office if it is really important. Now I listen to them as I go to sleep and when I am working on the computer. I will recommend one this week that I think this group of misfits would enjoy. Go on your preferred podcast platform (I use Spotify) and search for “Crime in Sports”. “James Pietragallo & Jimmie Whisman are two comedians who take an unmerciful and hilarious look at athletes who have lost big games…with the law! Crime in Sports does the research, and finds the funny in the world of sports true crime”. While they have covered the obvious (Todd Marinovich, Oscar Pistorius, Lenny Dykstra, etc.) they also cover the obscure (Ralph “Blackie” Schwamb, Pedro “Pistola Pete” Ramos, etc.). A great listen for fans of sports and morons, which is the definition of our Venn Diagram. For every one of you who subscribe, I will receive $1.47. This is not true. Or is it? Or not? Or is it? Or not? Or is it? Or not?

On to the Brain Damage!

Now, this is all subject to change. Last week’s show got messed up with the global bastard taking out Lance Archer. WWE had to shuffle the hell out of Sunday’s Clash of Champions PPV after a global bastard outbreak at the Performance Center.

So, Brandi Rhodes has been running a YouTube series for over a year called “A Shot of Brandi”. It is a cooking/drinking show with guest wrestlers. This week, she hosted Tony Khan, the owner of AEW. They drank tequila and ate steaks together.

Yes, that is the owner of AEW. And Fulham FC. I’m going to call full “dude bro”.

Joliet Jake Delhomme
My wife has been told to bring my ashes to the bleachers of Wrigley Field and pour me into the ivy. The "Dying Cub Fan's Last Request". Cubs, Bears, LA Kings, Arsenal and GWS Giants fan. Active boycotter of all college sports, having sat in a classroom with a "Student-Athlete". I also watch NASCAR and golf on the weekends, because I like naps.
Subscribe
Please login to comment
262 Comments
Inline Feedbacks
View all comments 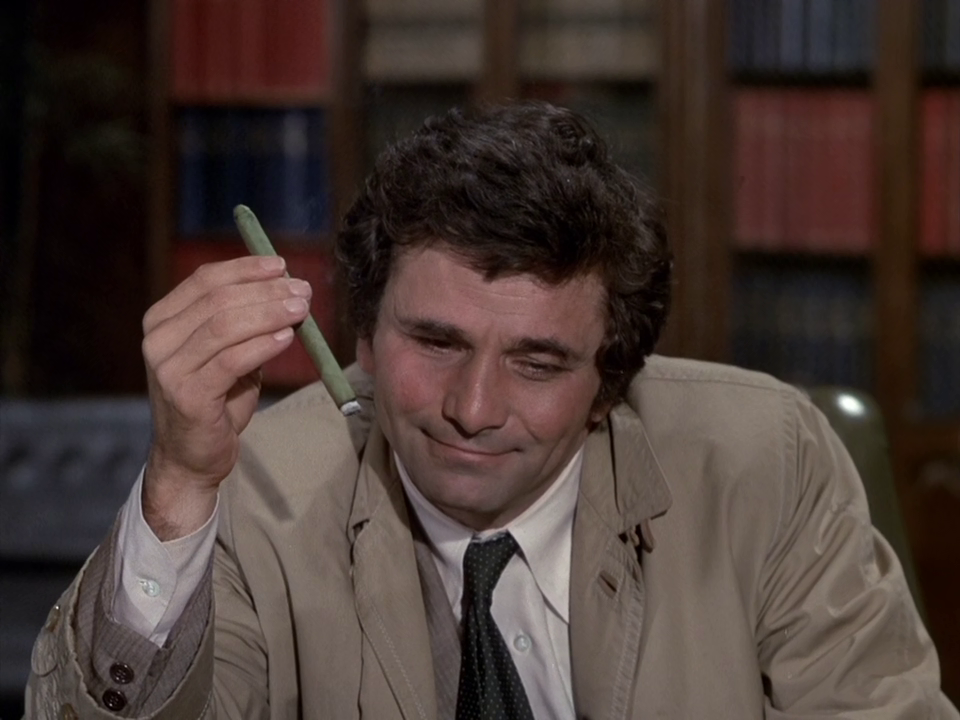 Aaaand exhale for a couple days. Now to get revenge on those douchebags. That’s pretty accurate for the Mariners.

Would they put him on IR? 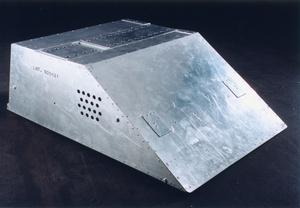 This is pretty interesting. 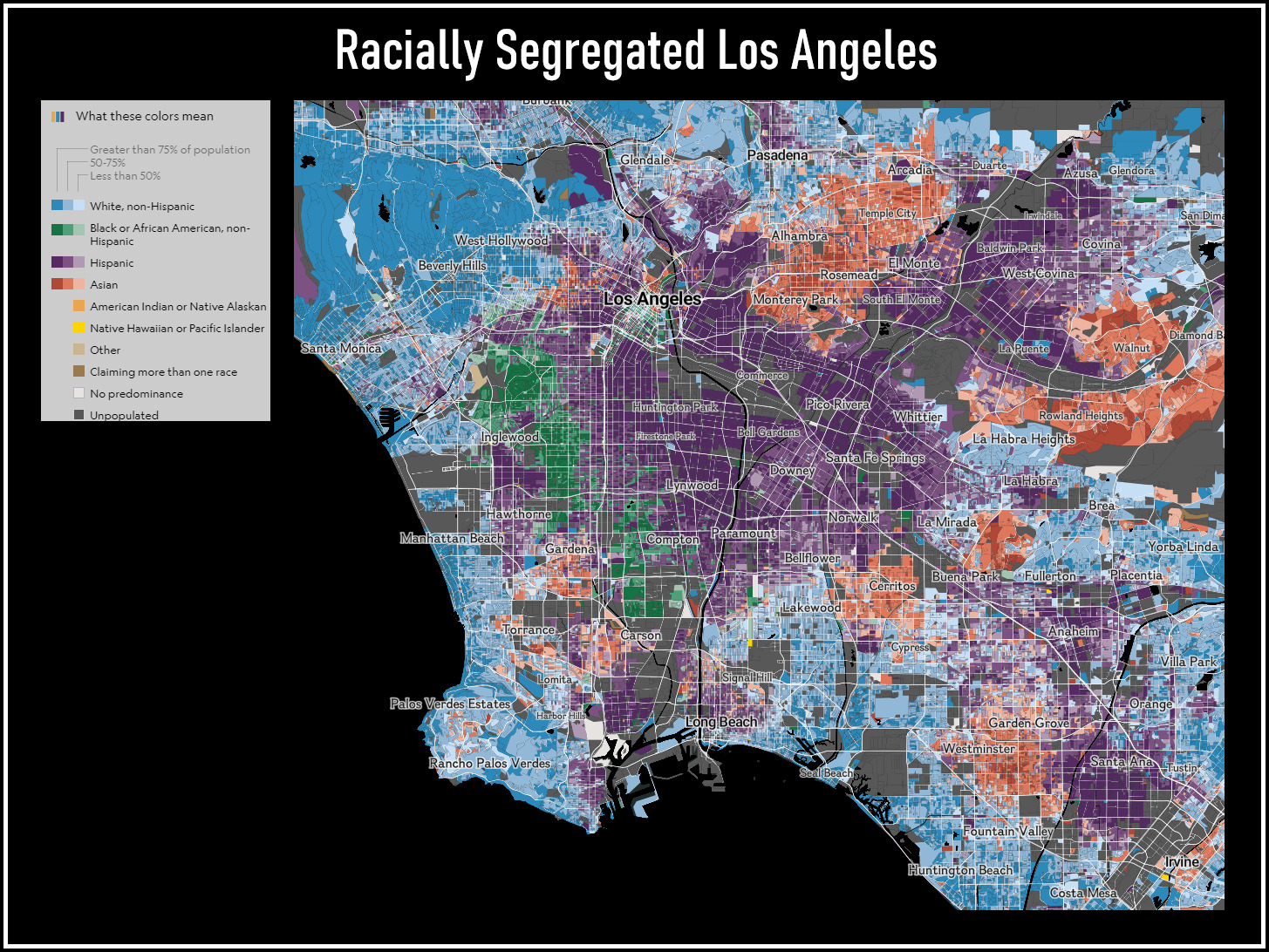 It is data from the last census. While not everyone is counted it certainly gives very accurate date for predominant heritage claimants.

Gio really showing why it was a mistake to deal him. One to tie, two to win boys.

In a happy bit of serendipity, I’m having lasagna for dinner.

It’s midnight somewhere though. And you are watching baseball.

Nah, that was just one of my victory farts. Sorry.

Thanks for everyone’s support while I was sweating out the close Lakers win.

You are like family, in that I haven’t seen any of you maybe ever.

Gumby told me a joke about a dwarf rapelling down the wall of a prison. I didn’t laugh, because it was a little condescending.

I am a sucker for a pun, or any kind of play on words!

You take your banner and you wear it proudly.

Damn, that was good work!

See, if Adam Ottavino could throw a strike he’d be in here. But instead it’s Johnny Lasagna, who throws strikes. Probably. Maybe. Please?

Shut up Buster Olney. Just shut the fuck up.

The thing that worries me is the big guns in the pen haven’t pitched in what feels like forever. Also getting 11 outs from Britton and Chapman is a lot, even if they are super rested.

If only Adam Ottavino could throw strikes!

I actually lived in Phoenix the last time they were good. 1976. Last time I cared about the NBA. My sister and I attended the Alvan Adams/Paul Westphal basketball camp. I went to a playoff game the year they went to the finals against the Celtics.

I do not understand how anyone could sit near Cleveland’s Drum Guy and not murder him before the end of the 3rd.

Just like in 2009, Lakers going to waltz to a title against a lesser seed in the finals.

But do we care?

YES WE DO, LOSER KNICKS FAN.

why do I have so many gifs of dead wrestlers?

Why does scotchy have so many videos of hobos getting murdered? It’s just how it is, man.

In your defense, a lot of them are dead.

Turns out that a life revolving around long road trips, brutal working conditions, little sleep, and massive amounts of steroids and cocaine isn’t conducive to a long life.

Is that the Texas Tornado? He’s dead? I haven’t kept up with wrestling in 30 years, in my defense

yep. better known by the name Kerry Von Erich. shot himself in 1993 I believe

My kid was still watching it then. I remember him, but not that he died.

Check out the Vice show on YouTube for the Von Ericks. Wrestling is not a great career choice.

I assume all wrestlers are dead, unless I see them on TV. If Billy Gunn was not on TV next week, I would assume he was dead. Wrestling is a very bad job to have. Very few wrestlers have lived beyond 40.

He will always be Mr Ass to me.

Unfortunately, the one who deserves to be the most is the one who will never fucking die.

Last edited 23 days ago by Unsurprised
0

The Brewers uniforms make them look like Cub Scouts.

The Twins. As always.

18 games is a small sample size in dirt ball. lol

I am now expecting the Cubs to bite ass and lose to Miami again tomorrow.

And never won a division title.

I bought my parents a matching set of these 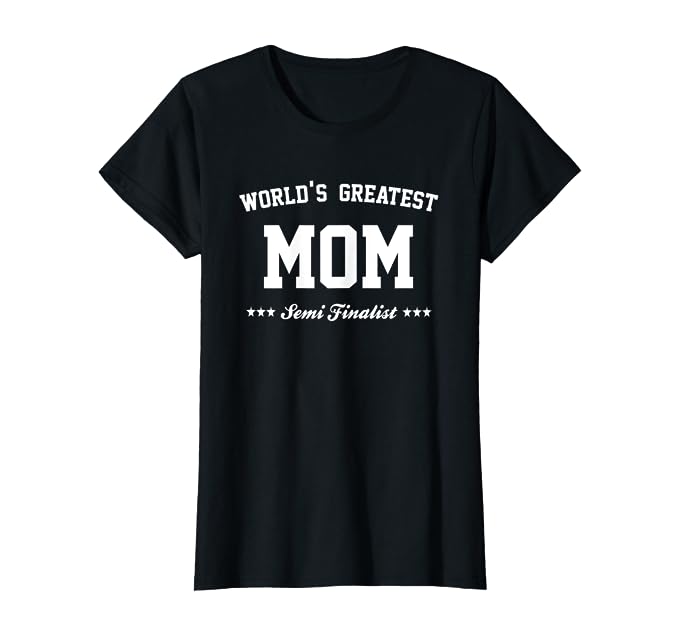 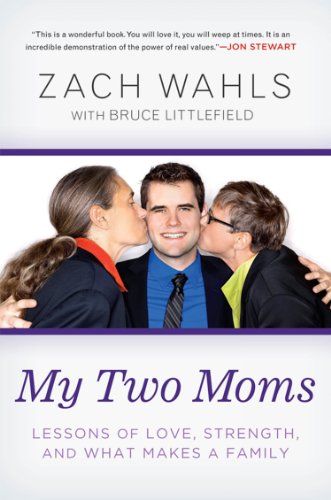 I’ve had three total so far. But dad is really not happy about the shirt.

About 59 to go and you will be half way to Bill’s count.

I’m rooting for the Marlins in the NL. I want Donnie Baseball in the World Series! (And unless playing the Yankees, I want him to get a ring.)

Depends on which sport you are talking about. NBA? NFL? MLB?

MLB or NFL for the former, NBA for the latter.

Cleveland is no longer a fraud.

Cleveland is a fraud.

Cleveland has filed an objection to the fraud label. The committee is reviewing and will have a response in the next hour.

The committee has reached a decision. Cleveland is not a fraud.

The committee admits its idiocy. Cleveland, as in the NFL, is the same in the MLB: total frauds and complete butt. We regret the error and will endeavor to be better going forward.

Supermarket Sweep is back. Hell yes.

“Huh. I thought Todd got fired from that gig.” – Ryan Leaf

It seems the last holdouts finally gave up on banging pots at 7pm. I guess we got that whole pandemic thing licked.

Another fun night of wrassling.

Thanks for doing these. While nawt a wrestling fan, your enthusiasm for it definitely comes through and it makes these a fun read

The positive feedback I get from you jackholes gives me much joy. Please accept this used fleshlight as a token of my appreciation.

Used for what? It’s important!

A hummingbird feeder. Why?

Perfect fit for me!

We only accept gently used fleshlights

I guess I should make more of an effort to check out dynamite. just dont have time for regular scheduling, and I annoyed people for years with my posts

to add some context to this, I’m a huge wrestling fan, so I feel guilty not nurturing its growth on this site

Once again, The Simpsons predicted the future. This time, in Hardee’s form:

You don’t expect a guy with the size and look of the Butcher to be a joint-manipulation guy. I like that.

I keep flashing on my favorite cologne when you invoke this guy’s name. 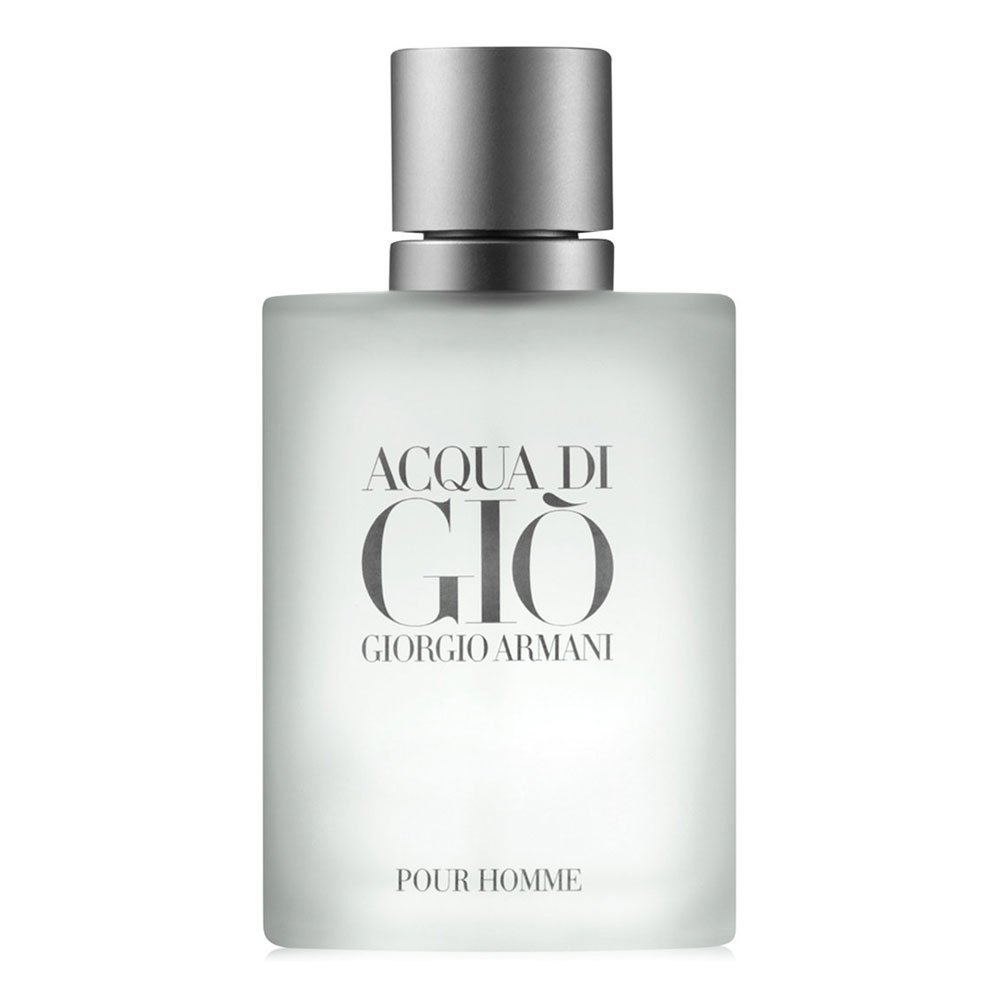 So, Allie and the Blade are actually married in real life. 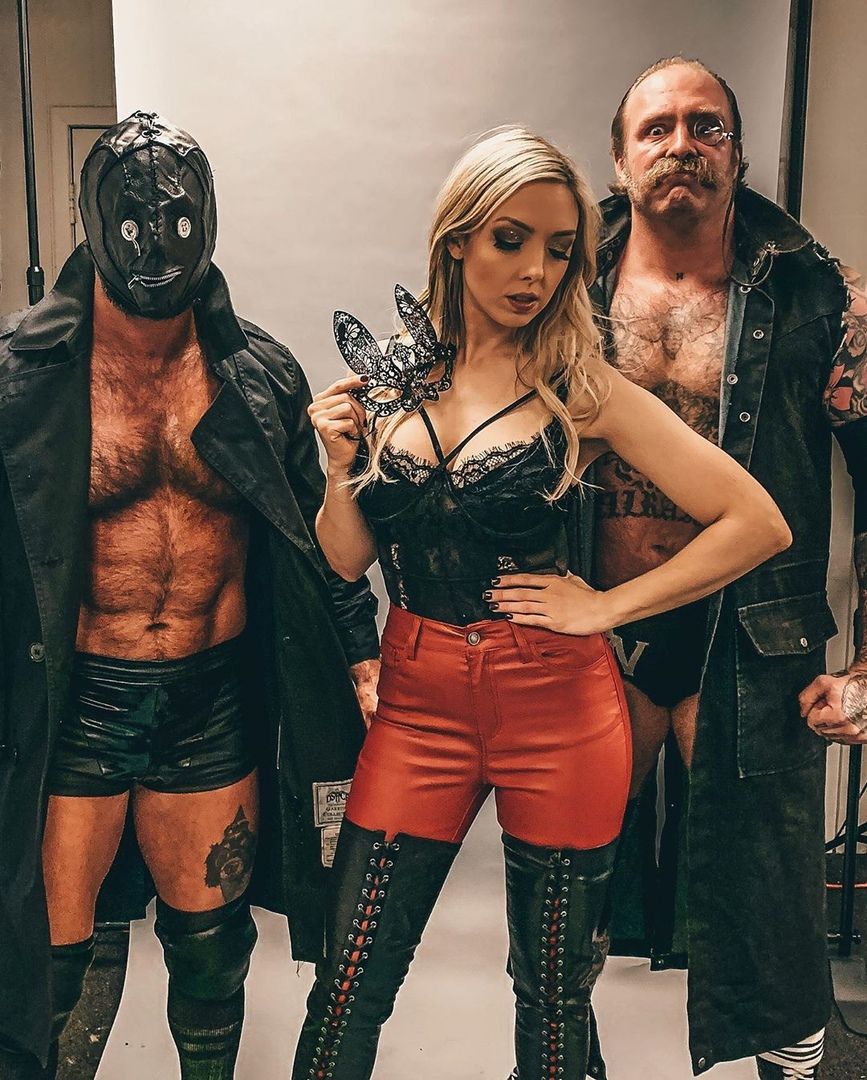 God, I want to buy a duster so bad. Can’t find one I like. I wanted one of the Austrailian oil skin dusters.

It’s a shame no one else remembers Dr Mindbender.

Milo Minderbinder was one of my favorite characters in Catch-22. 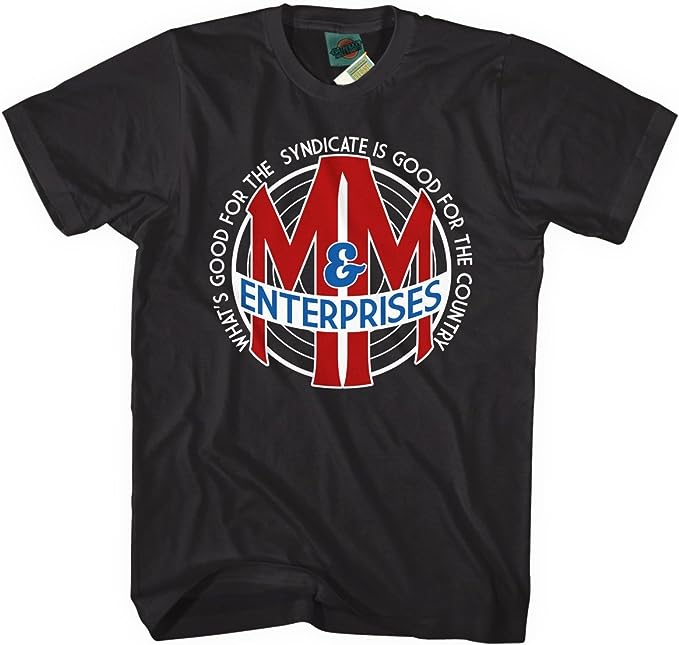 That pic is pretty damn amusing.

fun fact: butcher (guy on the right) is guitarist for every time I die

Yes he is. They have a great story. AEW has a podcast (yes, I said podcast again) and they were on there in the last couple of weeks.