Place: Just inside the Third Circle of Hell

Time: About five minutes after BALLS carried TWBS out of the Second Circle of Hell.

BALLS: You are in the Third Circle of Hell.

BALLS: Despite me telling you not to be a pussy, you fainted.

TWBS: I didn’t faint because I was a pussy!

BALLS: I know. I’m just giving you shit. You are WAY too much of an empathetic person. You really internalized Francesca and Paolo’s story and that caused you to faint.

Balls helps TWBS slowly get to his feet.

BALLS: You alright there, buddy?

TWBS: Yeah. You know that’s never happened to me before, right?

BALLS: Do the Starbucks baristas believe it when you tell them that?

TWBS: You are SUCH an asshole! No wonder you were chosen to be my guide to hell!

They start walking again and are soon under an intense storm of rain, hail, and dirty snow. It is relentless and the ground smells like ass underneath them. Shortly, they encounter Cerberus:

BALLS: Nice to see your balls have descended. Ok, vet. Have at it.

TWBS: Easy doggie. I’m not going to hurt you.

BALLS (shaking his head): This actually works on Earth?

TWBS: I’m sorry, did you go to graduate school at the best goddam university in the planet and become a vet?

BALLS: You and Hippo really love your NC State, dontcha?

TWBS grabs some beef jerky out of his pocket, envelops it in stanky mud creating three equal-sized balls, and hurls them at Cerberus. Cerberus happily starts eating them.

TWBS: You were saying, asshole?

BALLS: I’m actually impressed. Let’s hurry, though. He might finish that pretty quickly.

The two walk past Cerberus and move into an marshy area. The rain, hail, and dirty snow are still falling heavily. As they look down, they realize that they are walking on what seems to be the souls of dead people. One of the souls stands up as TWBS gets near.

Dirty Soul on Marsh: TWBS! Is that you?

TWBS: Dude, your face isn’t even visible. You’re like a gigantic Scooby Doo ghost sheet with no one inside. Do I know you?

Dirty Soul on Marsh: Remember me from the NC State message board that you and Hippo got kicked out of?

TWBS (lying): Oh yeah, how have you been?

Dirty Soul on Marsh: Not great TWBS. If you can’t tell, I’m in hell.

TWBS: Well, yeah. Hey, where are all the North Carolina assholes? I’d like to beat the shit out of a couple of them!

BALLS (to TWBS): Um, remember what I said about not fucking up? Do you really think beating up a dead soul is a good idea?

TWBS: But they’re Tarheels, man! They are the worst!

BALLS: You wanna look around? They’re not exactly basking in the sun here.

Dirty Soul on Marsh: Dude, it’s been a long time. Lemme tell you about what happened on the NC State board after you left!

TWBS starts another conversation with the ex-NC State message board guy. TWBS asks him what happened after he and Hippo left and gets all the gossip. TWBS then walks towards Balls.

BALLS: That’s the way it works down here.

TWBS: I think I remember that guy now. He was a fatass when he was alive.

BALLS: Yeah, well that would make sense. The third circle is where all the gluttons go.

TWBS: Oh FUCK! Does that mean it’s the DFO Circle of Hell? Am I going to end up here?

BALLS: First of all, you’re not fat. You’re not even big boned.

BALLS (snickering): Second of all, the DFOers being fatasses beholden only to their appetites thing only applies to approximately 30% of us.

BALLS: Well, maybe thirty five. Anyhoo, you don’t have to worry about this.

TWBS: So that guy was telling me about Judgment Day. Is that happening soon? You know with Trump and COVID and all that bullshit…

BALLS (sighs): You never lived in a third world country, did you?

TWBS: Well I DID make a bunch of runs over to Nogales when I lived in Arizona. That part of the Goddess Chronicles was actually true.

BALLS That’s true. Well, I’m still alive, so I don’t know shit about when Judgment Day is supposed to happen.

TWBS: So what happens down here? I get the Judgment Day thing up on Earth, but aren’t these people already dead?

BALLS: Ok, so you saw in the last circle and this one that people are being punished for their sins, right?

BALLS: So, right now they are where they are based on what Minos decided. On Judgment Day, Minos won’t be the judge.

TWBS: So, they can change levels?

BALLS: Yup. Think of it as the VAR of hell. All the previous decisions are reviewed to see if they were correct.

TWBS: But if they stay in the same place isn’t it just the same thing?

BALLS: Ah no. The punishments get worse.

TWBS: How can they get worse?

BALLS: Dude, you’re barely in the third circle! We haven’t even descended into Lower hell. This is federal country club prison compared to that!

BALLS: It really does smell bad, doesn’t it? I should have remembered to bring some Febreeze

BALLS: Like a charm! Who do you think invented it?

The road ahead of them curves and starts to descend. They follow it until they see a large figure dressed in gold. It is speaking in gibberish.

TWBS: Who is that?

TWBS: And why is he here?

BALLS: He guards the entrance to the Fourth Circle of Hell, where the people obsessed with material wealth end up.

TWBS: So, the Republican Circle?

BALLS: Funny. No. There’s people here from all political parties and all walks of life

BALLS: Shut the fuck up you cursed piece of shit! Go feed on the burning bile that rots your guts!

BALLS: He deserves it. Besides, he needs to get the fuck out of the way so we can pass.

TWBS: You mind if I talk to him?

BALLS: As much as I know that you like talking to people that you should not talk to, I’m going to say no on this one. We need to move forward.

Balls pretends to make it rain like a strip club and Plutus gets down on his knees trying to pick up the invisible money.

BALLS: What a dumbass. Come on, let’s move past him while he’s occupied.

TWBS: Damn. So we’re going to see all the greedy rich fucks in here?

BALLS: You’ll be surprised who’s down here. It’s a little slippery down here and a lot steeper. Be careful. Oh wait, I’ve got something for this!

Balls shoots a finger gun in the air.

As the two descend, they round a curve and see a large valley with more souls than they’ve seen in the first two circles combined.

TWBS (to himself): What the fu…

Balls, you make an excellent Beatrice!

Moose -The End Is Well Nigh
Reply to  Downfield Matriculator

Though I guess in this case Balls is Virgil. Which makes sense considering his epic poem, The Aenaleid.

So not a tour through all the circles of Hell, just all about the . . .

Remember people; you can’t just dress up and play rhinoceros from hell. 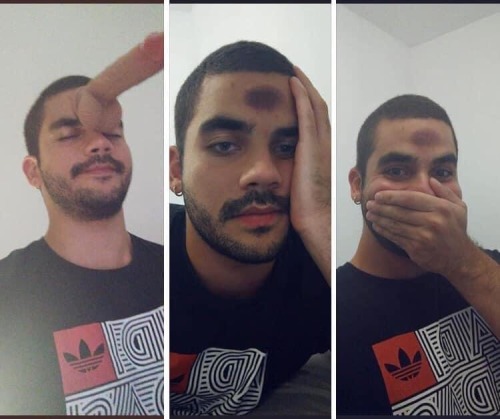 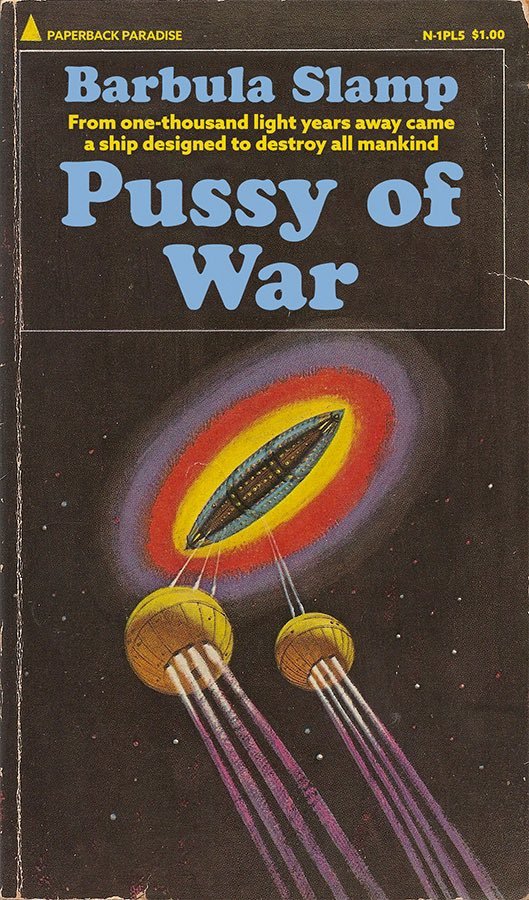 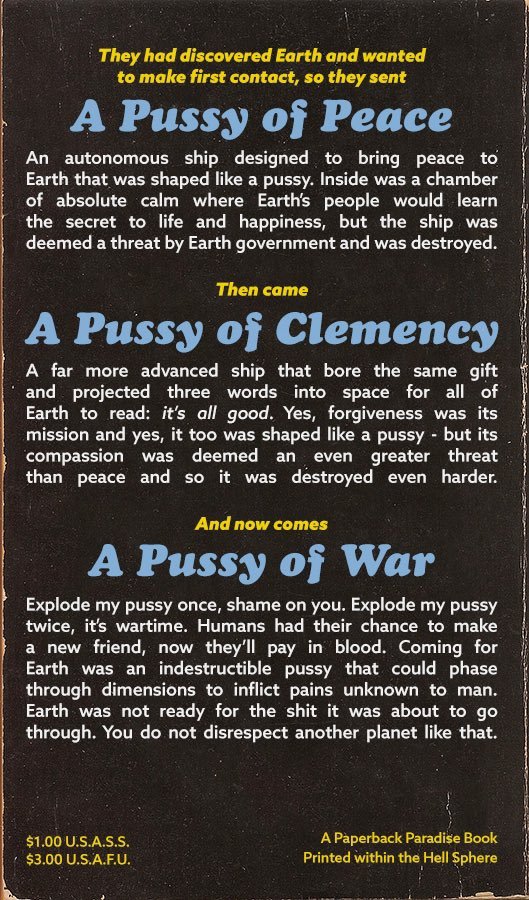 Can’t wait for Disney to get the movie rights to this. The trilogy we need in today’s trying times.

I guess we are ready to grab it.