Nancy Argentino’s death (mostly from Wikipedia). My comments in italic.

On May 10, 1983, a few hours after wrestling at a WWF TV taping in Allentown, Pennsylvania, Jimmy “Superfly” Snuka placed a call for an ambulance. When emergency personnel arrived at his hotel room, they found that his girlfriend, Nancy Argentino, had been injured. At the time, he was still married to his second wife, Sharon. Nancy was transported to Allentown’s Sacred Heart Medical Center, where she died shortly after arrival of “undetermined craniocerebral injuries.” The coroner’s report stated that Argentino, 23, died of traumatic brain injuries consistent with a moving head striking a stationary object. Autopsy findings show Argentino suffered more than two dozen cuts and bruises – a possible sign of serious domestic abuse – on her head, ear, chin, arms, hands, back, buttocks, legs, and feet. The forensic pathologist who performed the autopsy, wrote at the time that the case should be investigated as a homicide until proven otherwise. The Deputy Lehigh County coroner later said, “Upon viewing the body and speaking to the pathologist, I immediately suspected foul play and so notified the district attorney.” According to Vice’s “Dark Side of the Ring” documentary, Vince McMahon descended on the Allentown prosecutor’s office with all of his corporate attorneys. They intimidated the prosecutor into not charging Jimmy with murder and let him go to make it to the next show. This was at the peak of Jimmy Snuka’s value to the WWF as a performer. Last week’s “coconut attack” by Roddy Piper occurred less than a year after her death.

Snuka was the only suspect involved in the subsequent investigation. Although charges were not pressed at the time, the case was left officially open. In 1985, Argentino’s parents won a $500,000 default judgment against Snuka in U.S. District Court in Philadelphia. Snuka appears not to have ever paid, claiming financial inability. On June 28, 2013, the Lehigh County District Attorney announced that the still-open case would be reviewed by his staff. On January 28, 2014, he announced that the case had been turned over to a grand jury.

On September 1, 2015, 32 years after the incident, Snuka was arrested and charged with third-degree murder and involuntary manslaughter for Argentino’s death. On November 2, 2015, Snuka pleaded not guilty. A hearing to determine Snuka’s competency for trial began in May 2016. Snuka’s attorneys argued that a forensic psychologist found Snuka’s mental and physical health to be deteriorating. Prosecutors countered by showing a tape of Snuka performing wrestling moves at a May 2015 match. On June 1, 2016, the judge ruled that Snuka was not mentally competent to stand trial for the murder and that a new hearing would be held six months later to re-evaluate his competency, though his attorneys maintained that his condition wouldn’t improve over time. The judge dismissed the charges on January 3, 2017, deeming Snuka not mentally fit to stand trial. He died on January 15, 2017.

I promise, next week will be more fun.

My fun fact. I went to a Lehigh Valley Phantoms AHL hockey game in Allentown, PA and bought two Phantom Mules. I still have the brass cups they came in. Yes, that does sound inappropriate, even to me.

On to the brain damage:

Let’s see. You lost your main event last week due to Covid. The president, first lady and half the republicans in congress tested positive this week. How many people can we pack into Daily’s Place at $30 a pop? Let’s try to celebrate Chris Jericho’s 30 year career without getting sued by WWE. They have no footage they can show from the first 28 years of his career. Unless someone has cell phone video from an independent show in a high school gymnasium when he was between WCW and WWE contracts. Maybe there is some NJPW footage.

I still think it is hilarious that Cody can’t use his last name as a wrestler. Both his wife and brother can. Not him. WWE even renewed their copyright claims on “Cody Rhodes” earlier this year. Four of the five announced matches include wrestlers who have been working on the secondary AEW Dark show on YouTube. This is how you build your own roster, not just hiring people who were released from WWE. Great move. (Chaos Project, Will Hobbs, TH2 and Serena Deeb). And I know Serena was released from WWE, but she hadn’t wrestled on TV for 3 years.

/read in old man voice/ Back in my day, there was such a thing as an “Indian Death Strap Match”. Two wrestlers, joined at the wrist with a long leather strap. Now it is a “Dog Collar Match”. PC Libtards!

Please let me know below if you checked out “Crime in Sports” and what you thought. This week is Kellen Winslow Jr. I went back and listened to their Mark Gastineau episode over the weekend. I like the show and I think this group would like it as well. Last time I will mention it.

I guess I picked Wednesday’s because there is shit sports on TV, especially when I ignore the National Communists Against Athletes. 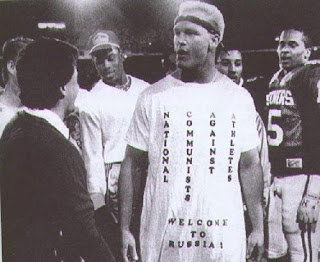 Joliet Jake Delhomme
My wife has been told to bring my ashes to the bleachers of Wrigley Field and pour me into the ivy. Cubs, Bears, LA Kings, Arsenal and GWS Giants fan. Active boycotter of all college sports, having sat in a classroom with a "Student-Athlete". I also watch NASCAR and golf on the weekends, because I like naps.
Subscribe
Please login to comment
319 Comments
Inline Feedbacks
View all comments

Posted before and I didn’t know if it was real or not. Of course it is real.

TheRevanchist
Reply to  Moose -The End Is Well Nigh

I only downvoted because of the content and not to hurt you in any way. I hope you understand what I did and why I did it.

Understood, that headline is just so this timeline, it is fucking ridiculous. Who knew he hated clowns?

The commercials for Primal remind me of the old cartoon The Maxx. 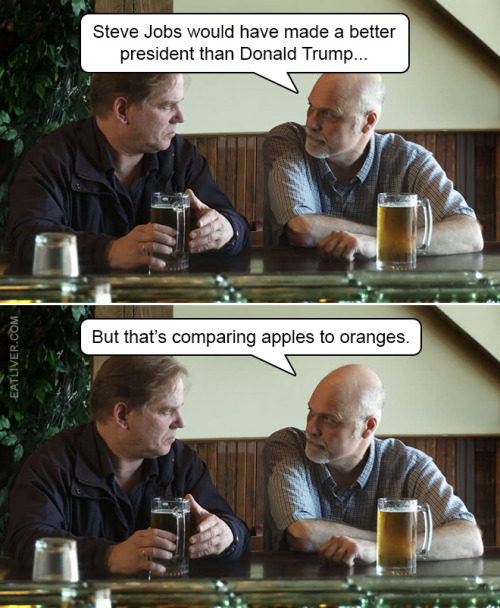 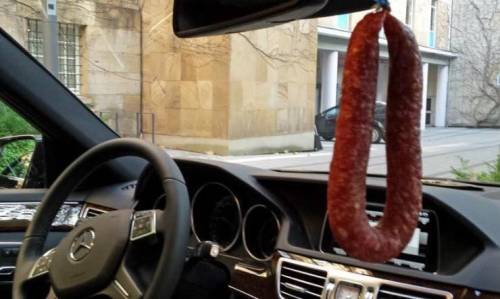 OMG
Bases Loaded for the Padres

Last edited 3 months ago by rockingdog
1

I probably jinxed Pods by tuning in. If so, sorry…. 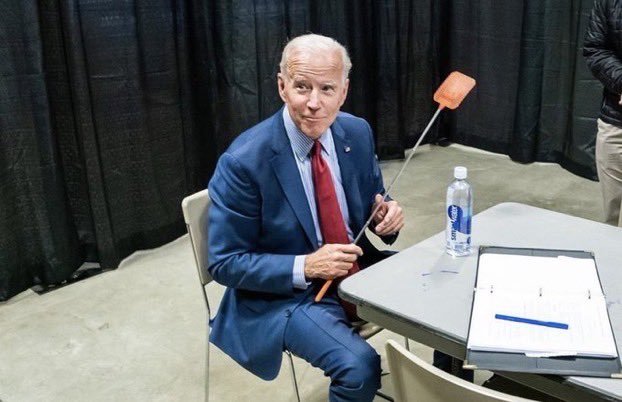 that was a sick catch tAKING AWAY A HOMERUN 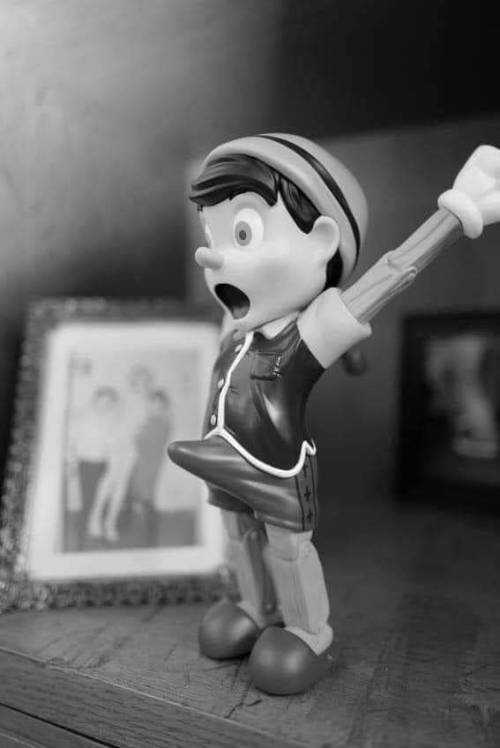 Gumbygirl
Reply to  Moose -The End Is Well Nigh

Last edited 3 months ago by rockingdog
0 Pence trying to interrupt and dominate like Trump: https://m.youtube.com/watch?v=95Cves5jpRA 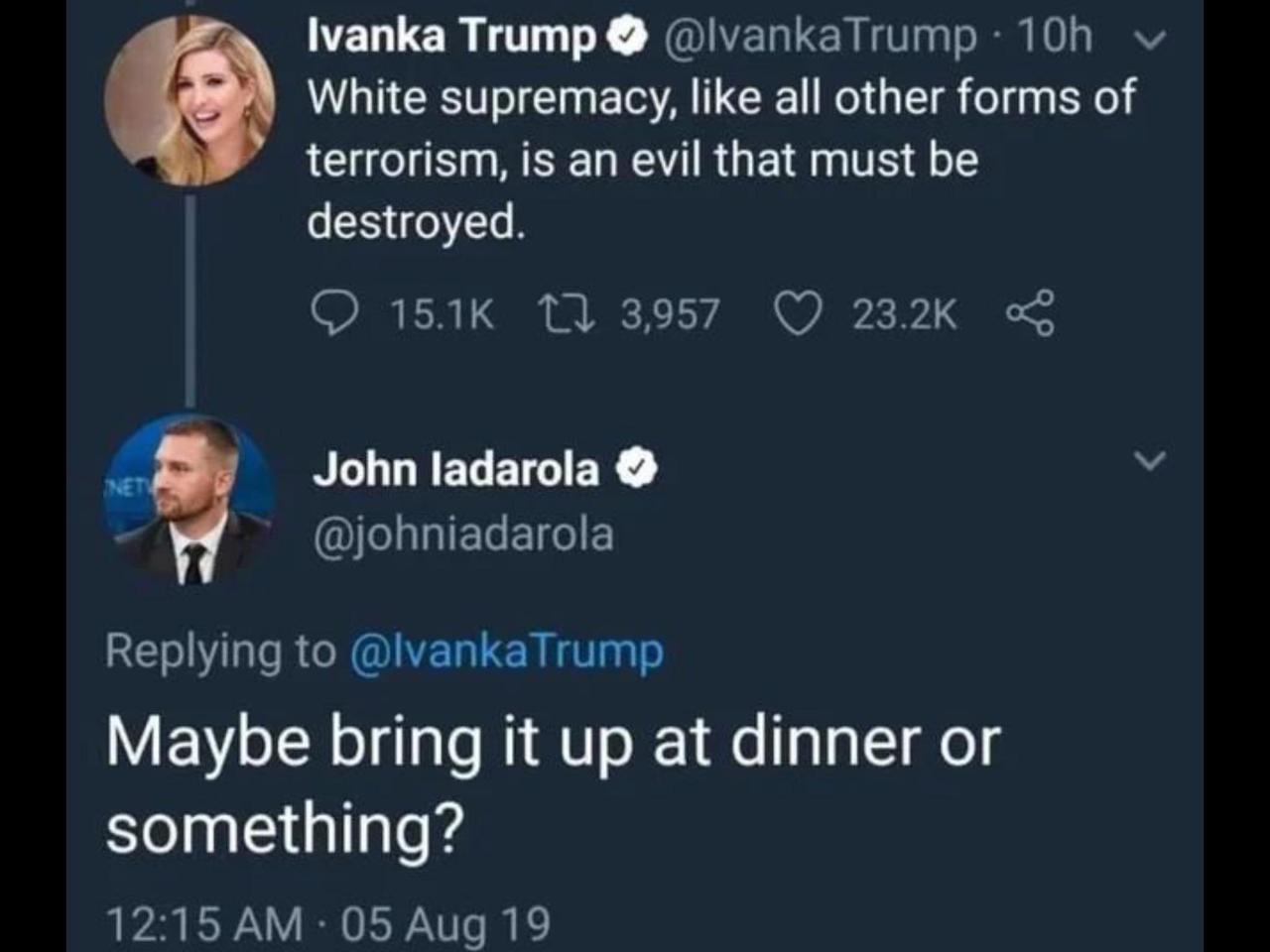 How would Rachel know anything about “flaccid?”

Don’t need to eat a slug to know it’s terrible. 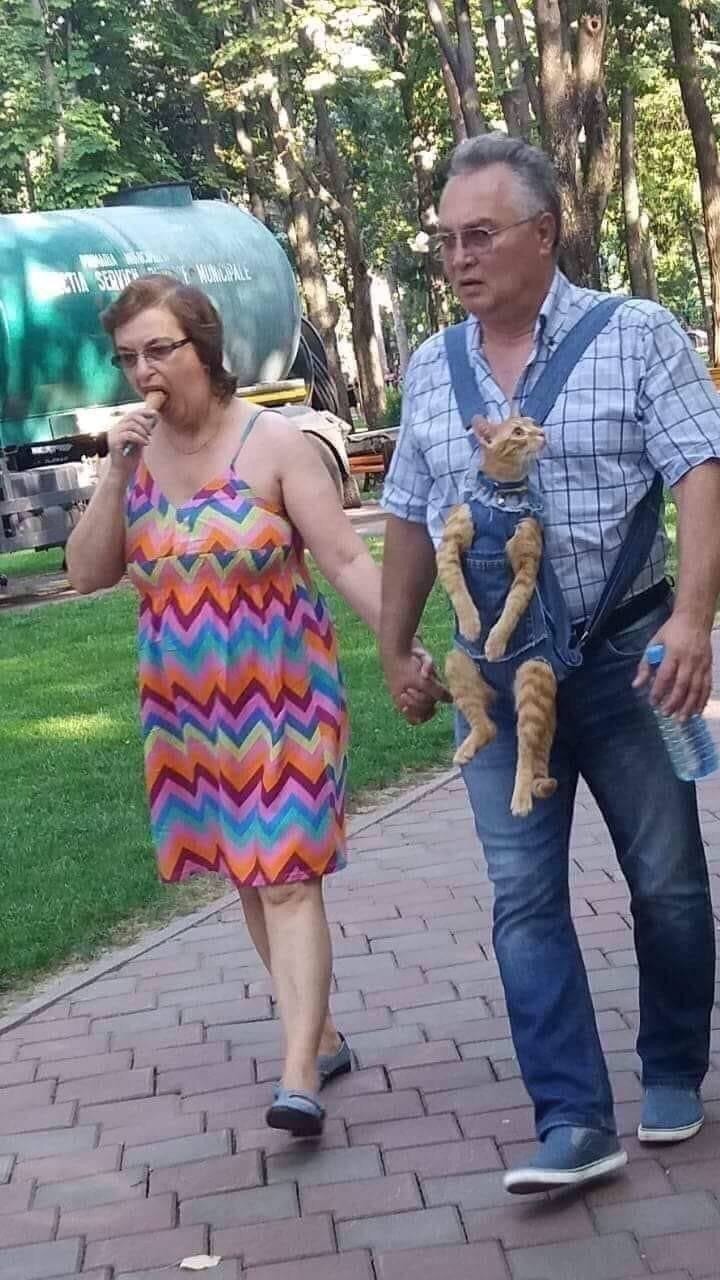 “How does Brundlefly eat? Well, he found out the hard and painful way that he eats very much the way a fly eats. His teeth are now useless, because although he can chew up solid food, he can’t digest them. Solid food hurts. So like a fly, Brundlefly breaks down solids with a corrosive enzyme, playfully called “vomit drop”. He regurgitates on his food, it liquefies, and then he sucks it back up. Ready for a demonstration, kids? Here goes…”
Seth Brundle, The Fly, 1986 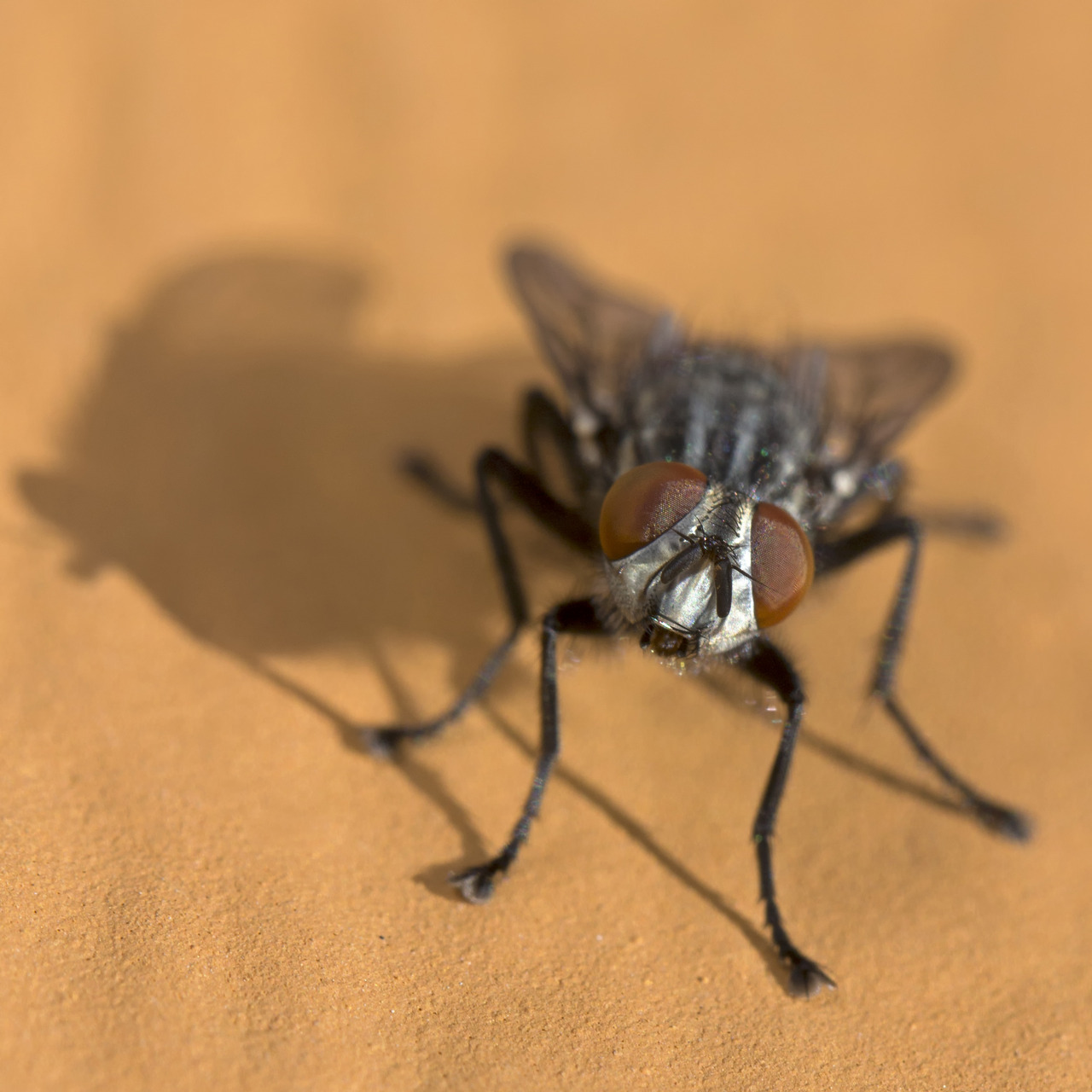 Welp, I’m out of Laphroaig

I thought that mental institution closed years ago.

That was a really good writeup, JJD! While the subject may be a horrible event that happened, you wrote about it in a very entertaining and informative manner.

After last week when I called him a murderer, I thought I needed to close the loop. Next week will be more fun. I’m thinking the Rhodes family story.

That’ll be several weeks at least. One day per Rhodes.

Go with the Von Erichs. There’s a real pick-me-up. 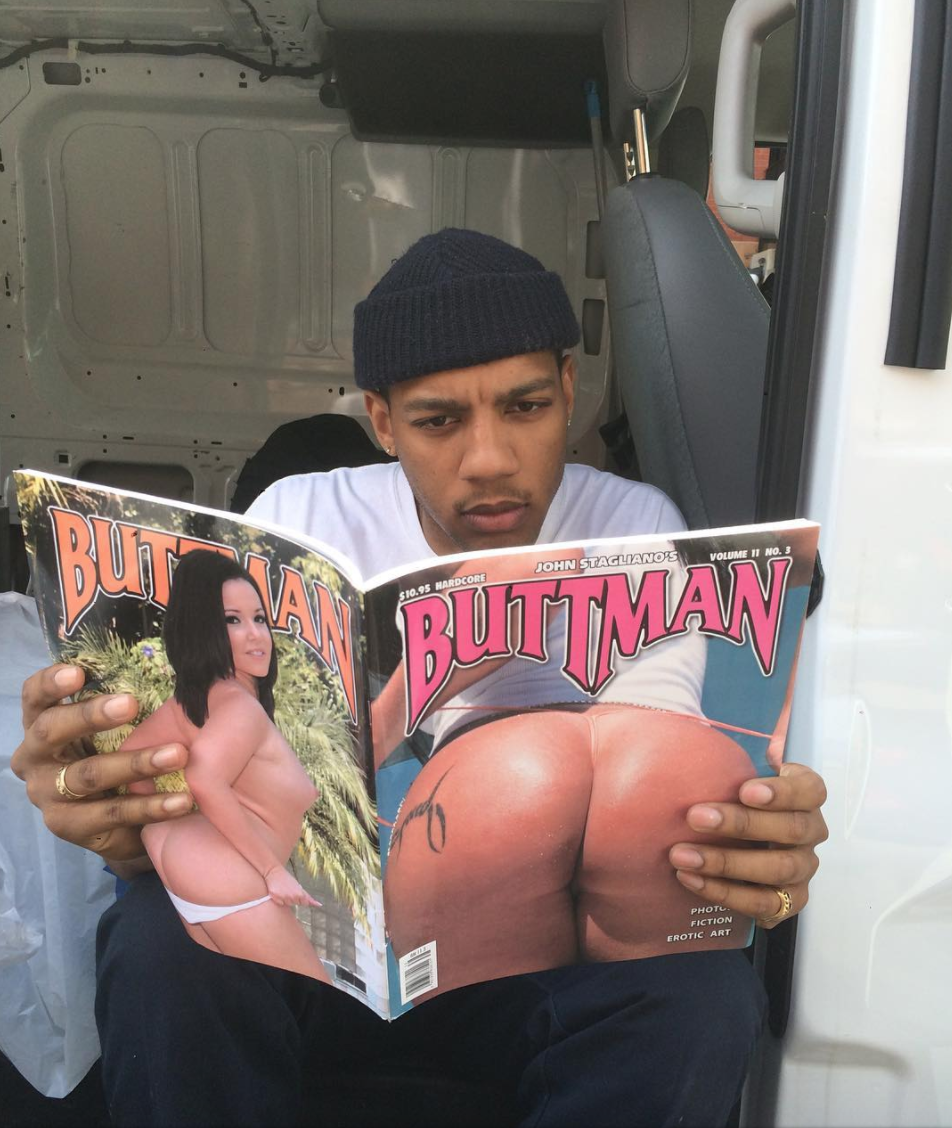 Only caught the last 30 minutes of it, but seemed real worthless except for our winged buddy

Didn’t move any needles, but Pence confirmed his cuntitude.

A whole lot of nobody answering anything with a solid 2 minutes of “SIR, SIR, SIR, YOUR TIME IS UP, SIR” after every non-answer. Not even sufficient background noise. They could have just not had it, but then, how could Pence have delivered the rona to NBC if they did that? 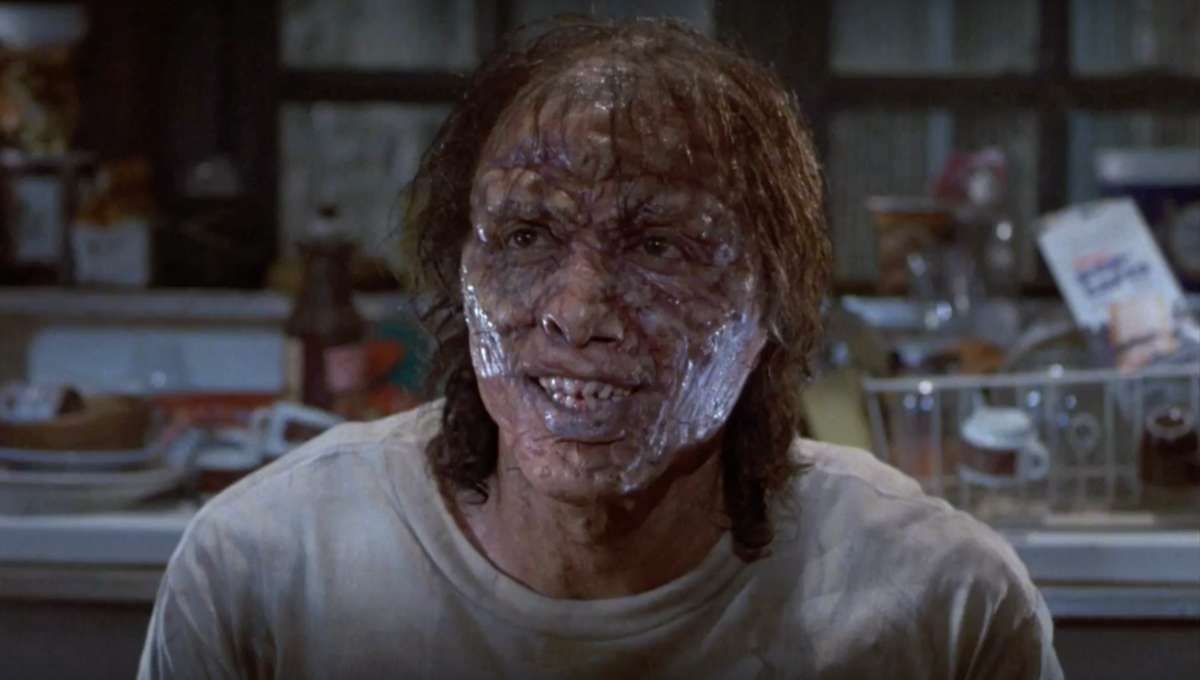 That fly is Mike Pence’s only black friend.

Based on my observations in my backyard, flies seem to land on, and heartily enjoy shit.

Has Harris brought that up? I’ve been watching the Yankees sink faster than Trump’s poll numbers in a Provincetown glory hole.

No way she would. It would be uncivil or some liberal horseshit.

We still occasionally play by some unwritten rules and dammit is it ever annoying.

Watching liberals, especially liberal lawyers, double down on this idiocy in the face of reality is making this year so fulfilling to me.

Good news: 5 straight postseason games with a homer for Stanton.

Bad news: Everything else.

Saying he “caused” it does not hold up to any fact check. The state’s government’s funding policies exacerbated it (of which he was a part, vetoing some and misplacing general funds), stating something as generalized and uninformed as that would provided a fine opening for him to call her a liar and be substantially correct.

Pence got her babbling on her record.

It is not but fine.

Eh. Decent is too strong a word for any DA. They are the worst of all cops.