I just jinxed it, didn’t I? You can blame me after the game when you look at Hopkins’ 3 catches, 45 yards stat line. The game does look promising and there a number of quality tilts on offer this weekend. (unlike the first two “Point and Laugh” games featured on Thanksgiving)

-The Giants have an new offensive line coach! They’d been slowly improving and a New York-centric podcast had noted that Judge had been spending quite a bit of time with the unit. He’d also gone ahead and hired a consultant by name of Dave DeGlugielmo to help Marc Colombo along. I guess when the latter heard the news there was a ‘wordy kerfuffle’ and someone lost their job. I think it has been very well established that questioning Judge’s judgement is verboten these days so, so long.

–Bruce Arians, when questioned about our fave nutball wr said to the  reporters gathered, “He’s a model citizen-everyone here has gotten angry at some time. If you haven’t, I invite you to cast the first bike.”

-The Raiders now have 11 players on their Covid list. Wasn’t The Grinder fined some shekels a while ago for not following protocols? Weird how these things happen.

-Carson is out but Hyde be in. Perhaps some semblance of a running game might halt Seattle’s “lost 3 of the last 4” slide.

-The twice-baked failure pie that is the Seahawks D didn’t have a sack or even a hit on Murray the last time they interacted. They give up around 57.1 fantasy points each week to opposing wr’s, a number that is 11 points more than the next-worst team. So… “Play ‘Em All!”

-Much like some of the models Unsurprised likes to post, this NFC West division is very top-heavy. The Rams D and offensive line has really gelled the last few weeks and the Cards still have to play them twice. If Seattle wins this one they get a Fluffer’s Row of Philly, both NY teams and Team and they should be looking pretty.

-Are you kinda disappointed in Drake/Edmonds production? Well, Arizonny has 15 TD’s on the ground so far and the Kyler kid has 10 of them. Ball hogger. Can’t do that in baseball, buddy.

-Reminder, last time around Lockett went bananas-200 yds and 3 TD’s. DK was not OK because PP shadowed him and he ended up with 23 yards gained.

-Is Wilson forcing it too much? The most interceptions he’s had in a year was 11 and he’s at 10 already.

Type as though you’re staving off boredom.

/Hey, there’s a Tulane/Tulsa game on at 7:30 if you can’t wait for footed ball

My Goodness! It is 2:00 AM here on the coast of Southern California and it is thick Pacific pea-soup fog out there and so beautiful. I can hear the fog horns at Marina del Rey and at the Chevron oil-tanker piers off of El Segundo.

“Starting a new game of Civ at 11:33 pm on a work night is TOTALLY a good idea,” she said, not believing herself for a moment

The last episode of Fargo was incredible. It rift note for note the last scene of A Simple Man. It really pays off for us fans of the Coen Brothers. Great goddamn show.

Yeah, quite a departure from previous episodes. Only sour note to me is that the story takes place in November to December (so far), and tornado season is mid-April through mid-June.

Reading through all the comments after missing most of the game due to work. Good jorb everyone!

Also, I have broken my autocorrect so it now accepts jorb. Yay me!

Giuliani would be sad at this point if he wasn’t so evil
https://www.independent.co.uk/news/world/americas/us-election-2020/rudy-giuliani-hair-dye-sweat-trump-b1750510.html

Michael Vick shall now show you how to twist a dog’s head off.

Now to enjoy a weekend of stress free football watching!

Worst 7-3 in the league and not sorry

there shall be no Most Glorious Draw, so sad

Yea, a free extra quarter would have been nice.

There are a lot of Cardinal receivers running like 2-second routes, and then just standing there while Kyler scrambles. It’s like they don’t scramble drill or nothing.

these are the two sides who gave us the Most Glorious 6-6 draw on SNF a few years back!

Thanks to all of y’all for making tomorrow morning at work a hangover hellscape. Nighters.

Don’t blame me, i voted for kodos

I don’t get hangovers any more, no matter how much I drink. My Uncle Bob the Boozer, who spent the last 30 years of his life in AA, told me that lack of hangovers was a pretty good sign that you’re an alcoholic. This kind of worries me.

Nah, I’ve never consistently gotten hangovers and I know people who are legit alcoholics who get them frequently. Yes it’s a sign you might be an alcoholic, but there are enough other causes of not getting hangovers that it’s far from foolproof

That’s nice to know, because I don’t have any current plans to reduce my intake. Maybe in 2021.

I’ve never gotten a hangover and I am not an alcoholic per se, but I’m sure I have an addictive personality as evidenced by my consumption of anything and everything else.

Seahawks making sure to not have a normal game.

they were gonna call timeout regardless, so no harm no foul

The moon is no longer over his hammy 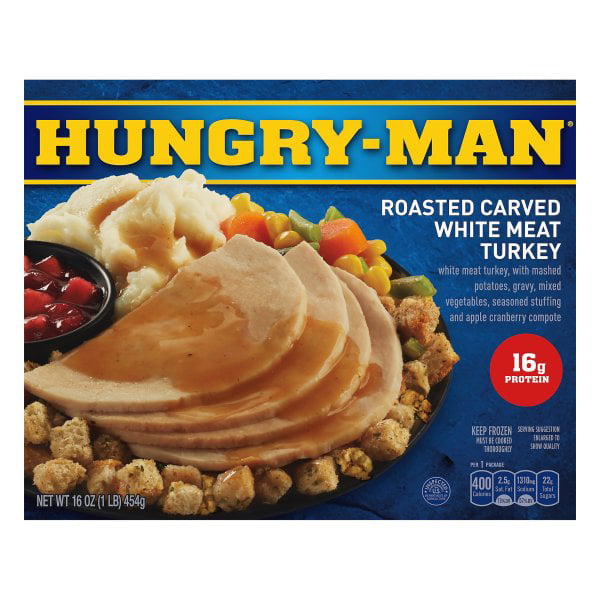 I loved those as a kid, but my tastebuds grew about the same time as my boobs, and I realized that’s what sadness tastes like.

They taste like ambrosia, and Gumby’s a lucky man!

I’m curious: do any of the TV commercials during NFL games bear any resemblance to the real life that you exist in?

Oh yeah. Mrs Sharkbait and I buy matching trucks for each other. The Lexus with the giant bows just got so played out.

/no giant plastic smile tho

I would have to pay attention to them to find out, but probably not.

Massive stepping on of dick.

Anyone reading anything? I’m doing “The Cutting Room” by Louise Welsh. It’s a… Glaswegian sorta-gothic mystery set in the early 90’s. She can turn a phrase, you can be sure of that.

Sandworm. It’s about State sponsored hacking groups. The title comes from the group behind the Not Petya attack, which hit Kiev, but spread around the world.

Sandworm is a subset of Fancy Bear, and Fancy Bear is the Russians.

It also talks about how vulnerable industrial control systems are, and attacks on those can be fucking terrifying.

“War As I Knew It” by General George S Patton Jr.

Among other things, he explains why slapping soldiers in the hospital is a good idea, and he makes a good case.

After all y’all recommended it, i finally started The Last Policeman. Good stuff so far, just need some more free time.

What did you think? I’m not very far in

Keep going. I loved it.

Nice to know I won’t be disappointed 🙂

So, am I supposed to know who the guy in Corona beachside ads is? All I know is that Snoop is tired of him calling on his shellphone.

The imperfections are what make things beautiful

I don’t understand any of these responses. Except maybe the Loggins and Messina reference.

Boxer briefs are the new dress slacks for work.

Those are called Toobin socks

Bathrobes are the new overcoat

Wow, what a self-inflicted dick shooting this is turning into.
Though that was a nice 19 yard gain.

Seattle is big on self inflicted gunshots though

I didn’t realize Plaxico was back in the NFL

Kyler Murray is going to be really good one day.

Ryan Neal is a beast

Include an O’ before the last name and you’ve got yourself a Love Story.

He was pretty cool in The Driver. Casting in Paper Moon seemed a little unseemly, though

I wonder if the players go by the penalized player on the bench and say shit like “Nice job, asshole, you probably just cost us the game and first place in our division. Hope you’re happy, you short-fused fucknuts.”
I would.

Yeah, I’m amazed it ever happens, they know the consequences

/yeah, I played him

Last time I seen that the Vatican was looking for who was going to take the choir boys to the annual overnight camping trip.

It’s really bothering me tonight every time I see my seats empty, I’m angry/sad/furious/depressed/enraged all at once, that we haven’t been able to be at the games, not drinking with my season tickets family, and wondering if all of them are even alive at this fucking point.

No need to apologize. I think we all have something that elicits those feelings nowadays

Don’t apologize for that. We’ve all felt that too.

On the one hand, maybe the vaccine(s) will fix things and the world in general.

On the other hand, these covidiots are probably going to refuse the vaccine anyways because it’s all fake and the vaccine is microchips or autism or some shit.

On the other other hand, people getting the vaccine and coronavirus waning will only confirm their idiotic beliefs that this was all fake to get Biden elected or some shit.

If they refuse the vaccine we can still go back to normal. They just won’t be allowed in public places without their vaccine certification

They can all move to Idaho and Eastern WA/OR.

My dad supported the Cardinals when he was a kid mostly because they beat his brother’s team (the Steelers) pretty frequently. Up until ’64 or so the Cards were waaay ahead in head to head matchups against the Steelers, and they’re actually still above .500

The Steelers were dogmeat until Chuck Noll

My father’s side of the family is from Erie, so the choices were the Steelers, the Bills (after 1960), or the Browns. Actually, it’s possible the Browns were my uncle’s team, they were actually good then and they did lose the occasional game to the Cards 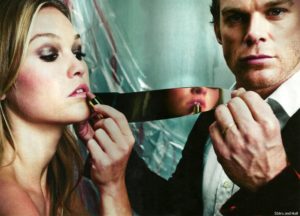 I know we’re in the gray season, but that’s no reason to keep shooting yourself Seahawks.

Bang Bang
this turning into a shootout?

How does The Passenger relate to Arizona

I was wondering that myself.