Hey howdy, y’all.  Hope you are wallowing in your shame like a good Commentist should.  Let’s talk some FITBAW!!

Sparta Prague completed Celtic’s utter humiliation, bouncing them from the NIT Shempions League.  Two late goals bloated the scoreline all the way to 4-1.  Ouchy the fook ouch!  Celtic are fuckweasels, plus I had money on Sparta.  Talk about a win-win!

/so ends your bonus coverage, since #NuAIDS took away the Thursday night NFL fixture

Did you forget that the no-Fuck LioUns were terrible?  If getting shut the fuck out by the Black Panthers didn’t do the job, then yesterday surely did.  I mean seriously, y’all get one “showcase” fixture per season, and you lay down like that foar Romeo Crennel and the 500s???

Anyway, Fat Stafford is both hurt and terrible, and Matt Patricia’s sole remaining goal in life is too fuck over fantasy enthusiasts with his Purple Balls Jesus goal line usage.  Sheeit, Crennel even pulled some modern maths out his considerable arse, going for 2 with a 15-point lead.  In case you are a tad slow/hungover, one does this to make it officially a 3-score game.  With 12 and change left to play, it was indeed (h/t to BFC):

But worry not, bored and nap-considering imaginary friends!  Because we have the crucial battle for first place (at 4-7) in the NFC Special Needs Division!  For the love of God, the 500s are even 4-7.  But unless we get Most Glorious Draw, either the ‘Dacteds or the Non-Gendereds will assume the mantle of Tallest Midget.

And that would be The Football Team.  While Ron Rivera had his own personal wet dream (his side was disciplined, well-prepared, dominated LOS on both sides of el pelota – then, excecuted a calculated risk to press leverage).  Whereas Captain BlueBunny?  Gave us some performance art, even by his own lofty standards.  Like Jackson Pollock finger-painting with his own excrement.

In the first half, he went for 4th and a foot in his own territory.  I have no problem with that.  But a fairly difficult 5-yard out route?  El stupido.  You can throw there, but it needs to be a shot down the field, to maximize your reward (enough to outweigh the risk of losing the sneak “surer thing”).  Certainly not a throw that Team was in position to defend, even with a stacked box.  Washington quickly cashed in for 7.

THEN, after a pickerception run back to the WAS 3…he called for CeeDee Lamb to PASS THE BALL.  Loss of 7 yards, and they’d eventually settle for a FG.

THEN, the piece de ridiculoso – a very obviously telegraphed, turtle-slow developing fake punt, on 4th and 10 from around his own 20.  Remember how I noted above the preparation and the discipline?  THOSE ARE HALLMARKS OF RIVERA-COACHED TEAMS.  In fact, that’s why the hire was so good, as WAS was a franchise in dire need of “please stop being a carnival/shooting selves in dick” larnin.’  This time, Dacteds immediately cashed in for 7 (instead of just promptly), building an insurmountable 34-16 lead.

They’d tack on another garbage time score, before taking knees (sorry FOAR the trigger, Alex) to accept a 41-16 final.  Looky-loo, both winners scored 41!  And WAS impressively did that by solely running the ball and checking down (safely, except for the awful pickerception – which was also a checkdown).

To the JV slate we go!  Subject, as always, to late-breaking #NuAIDS arse-fingering:

I suppose this could be a preview of the Big Twaaaalllllve title match, as Steerfuckers North have a nasty case of NuAIDS.  So, Cornpone State and Steerfuckers South might be the last two standing, so to speak.  Anyway, this is by far the best game in terms of “both sides are reasonably competent.”  Plus, you know.  POINTS.

Look, I get that the Cornfuckers are wretched, but should Team Cornpone be almost two full-TD favoUrites against anyone?  I think not.  This will be ugly as sin, but you’ll watch.  For the cornholing potential, I guess.  And because you are fat and lazy.

Rivalry fixture!  The Big Game, expect to see the “band play” at least once per quarter.  These are…not good JV squadrons.  Not at all.  But you aren’t gonna see me break down the two biggest asshole sides in all of JV NFL, squaring off against each other on some other network.  FUCK RIGHT OFF.

Started reading ‘A Confederacy of Dunces’ again and goddamn that is such a good book.

There’s a kid on Seton Hall by the name of Molson. Hold my beer.

At the quarter break of Note Dame-U*NC, there was a commercial for the CMA Country Christmas and there was a white man and a white woman on a couch with three children singing. Two were white and one was a black girl.

Last edited 2 months ago by ballsofsteelandfury
1

If the black girl can pick up the blind side block for the QB then the white couple is getting ready to adopt her.

I have to root for UNC. In order for JV Cincy to invade the Private Playoff Party, teams’ll need to fall.

ESPN: “OSU coach Ryan Day has COVID-19 and will not coach the team”
Me: “I didn’t mean my team!”
ESPN: “I’m sorry, you should’ve been more specific.”

I had Nebraska-Iowa on one screen with Crystal Palace- Newcastle on the other but now I’ve switched to U*NC-Notre Dame on one and Levante-Real Valladolid on the other.

Be interesting to watch the CP-Newcastle game while tripping what with the subtle shading of the uniforms.

Just finished the West Virginia-Western Kentucky, (played, naturally, in South Dakota), and I have to say that the only reason Bob Huggins wears work out clothes is that he is contractually obligated to do so.

If he gets WVU back to the Final Four, he’s allowed to coach in a bathrobe for the of his career.

If he makes it to the Championship game, he doesn’t have to tie the robe shut.

NFL has moved PIT-BAL to Tuesday. Look, I hate the Steelers more than I hate Trump and Michigan, but give it up. Either call it a no-contest, play it in a Week 18 if the game has playoff implications, or give Pittsburgh the forfeit win.

/and fine the bejeezuz out of the Ravens

Even though I hate the CrapBirds, its their team that is COVID-19ing and I think they disciplined one of their guys for it. This is on them.

The players don’t: if it’s a forfeit neither side gets paid, which is fitting for the Ratbirds but bullshit for the Steelers, who did nothing wrong.

Seriously? How do you justify that?

I heard it on the radio this morning, so I guess take it for what that’s worth. They were saying that it’s part of the bargaining agreement, which makes me believe it because the NFLPA is the worst union in sport.

UPDATE: Still have no word on results of that swab of my brainstem through my nose, so I have no clue if I have COVID-19 or some off-brand flu. Currently I feel okay-ish, though its mostly annoying because its the last beautiful day of the year and leftovers in the fridge but I don’t feel like enjoying either. Just keeping my fluids and spirits up while my anxiety issues and hypochondria run a train on my subconscious.

On a related note, while watching 30 Rock reruns in a effort to see how we let this series happen (effort was unsuccessful), I watched several commercials to other E! shows to see what I popular nowadays. I don’t recognize any of these people, but all I know is they all deserve to be shot and/or thrown off a cliff.

When did you take the test? I’ve gotten my results back within 24 hours all three times I’ve been tested.

Tuesday morning at a pharmacy clinic, but with Thanksgiving and COVID kicking the shit out of SW Ohio, I imagined it would take a few days.

If it makes you feel any better, Hippo got the COVID and he’s still gambling on obscure South American soccer teams, so…

Vandy’s starting a lady kicker. That’s almost enough to make me root for th—*looks at denial from Blair School of Music*—no, never mind.

I will forgo the easy girl kicking the ball hard CBT joke, and just wish Ms. Fuller good luck. May SHAN’KLOR shine down blessings on all her kicks. (raises hand and stops) Um, can we still slap distaff football players on the butt for good luck and congratulations?

Last edited 2 months ago by Redshirt
2

But will she become a multi-millionaire? 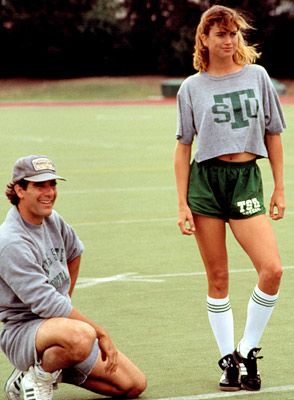 Internet wobsites: “And our 20% off emails will block out the sun!”

Why don’t you complain about it in your blag?

“Then we shall pleasure ourselves in the shade.”

And SillyCuse is playing Bryant at 3pm. They’re gonna kick that guy’s ass!

Iowa St. kicker’s last name is Assalley. At some point you just gotta bite the bullet and change that one.

There’s a comms guy at the base whose last name is Fagg. Yeah, I’d be getting a name change…

Is his first name Randal? Because is so he’s two L’s from being someone you really need to keep an eye on.

My Aunt Jan’s last name was Funk. She married a guy named Ray Dumm. The Pittsburgh Press captioned it the Dumm- Funk wedding.

Observation # Dos: I found the refs being very VERY quick on the whistle on a Alex Smith “in the grasp” sack in the 4 QRT. Smith was still on his feet going back, and did not fall until well after the whistle. Also, on Smith ‘s bleed the clock scramble at the end, I thought the DAL defender give the QB the Kid’s Gloves treatment. As I am an unrepentant softie, I was moved seeing compassion used for a competitive advantage.

Agreed on both of those, and I think in both Smith’s well-known leg injury played a role. No one wants to see/be responsible for a second leg injury to the guy.

I got to see Team @ Persons and found it a wonderful contest, including the 4th QRT meltdown. Though I am mostly a GO FOR IT ON 4TH DOWN stan, 4 & 10 deep and in your own territory is reckless—unless you got a really REEEEEELY good play that develops quickly to fully exploit the element of surprise. It’s good to see McCarthy stepping away from ultra-ortodox cowardice, but daymn. I hope Jerral keeps him ‘cause I do enjoy ‘MURRICAS TEEM being embarrassed.
Shout out to autotext / NSA for suggesting “embarrased” right after the “m”.

Really looking forward to the Scotchy short story about murdering the nuclear scientist in Tehran.

(If you want to make money, bet the house on Iowa St)

Yes, you heard me, SonOfSpam’s house and the points

I used to imagine my bookies laughing their heads off immediately after hanging up with me.

Just put a bit of action in on ISU/TX to hold me over till EPL fixture at 3:00. Saturday’s turkey already floating in icy brine. Stoned to the bejeezus bells. Contentment.

Ah, the day after Thanksgiving. Stepping on the scale, seeing that I lost 3 lbs. overnight and then rewarding myself with am apple cider doughnut.

Guess that underwear modeling contract is gonna wait another year.

Today marks my annual day after Thanksgiving tradition of…
Going to work.

Twenty odd years now. If my client is open, I’m a- workin’.

I always say my job would be great if it weren’t for all the clients, and I suppose that’s universal.

The Ravens-Steelers game was still the most watchable yesterday

Gotta to say that I love the Hippo takes* on the games. Always have.

Surprised we didn’t get any Gambor tips. I mean there are games in Bulgaria and Germany div 2 and 3!