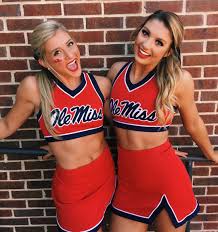 Just.  Fuck’s sake.  Start the new year with a home loss to David Moyes.  Fuck everything.

Anyway, the show must go on.  Bielsa against Mourinho will make for quite the contrast in style/philosophy (7:30, NBCSN).  Not setting my alarm, but as an old…I know I will be awake for it.  Go Leeds go!

Things get a little patchy after that.  Knifey and Palace (10:00, NBCSN)?  Yikes.  Followed by a meek spotlighter between Wolves and Trash Birds (12:30, NBC).  Good thing I have to be watching JV ball instead (see below).

Arsenal will be laying waste to Fat Sam’s Brummies (3:00, Peacock) to end your Lesser day, and the thought already is making me feel better.  But not much better.

I feel good(ish) about this one, so bet the farm on a Wildcat win by double digits.  You’d think the SEC squadron would have MOAR guys sitting this out for Draft prep.  But you’d be wrong.

This looks like quite the mismatch on paper, as Indiana looked fairly competent this season.  And are not coached by Lane Kiffin.  Still, Johnny Reb knows wut 2 due when a bunch of yankees come a callin!

That’s PAC-12 Champions Quack Attack, despite not even winning their division.  Cornpone State seem like the kind of squadron that will still be hung over from losing their conference title game, and thus shitting the pitch.  Then again, I’m wrong an awful lot.

Don’t let the bumper ads fool you, there is NO GODDAMNED NIGHT GAME.

Last edited 25 days ago by LemonJello
1 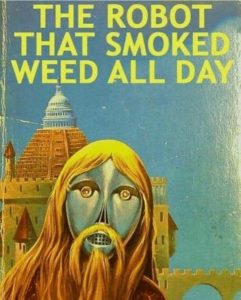 You are indeed right.

We also would have accepted “I,Ro-bong” but it would be graded as a C- at best.

Boca v River in 6 minutes. Probably the 1st time no one will get murdered in the stadium!

As Balls stated “IN” is the key word.

I really enjoyed the first two seasons of Cobra Kai but man did they write themselves into a corner where they were going to have to be dealing with some heavy shit for a while. Hard to see them getting back to lighthearted fun in the immediate future.

Test drive with Toby, in the “car for you”:

I’m a pretty good way through season 1 and I’m digging the fuck out if Succession on HBO.

Don’t let the interesting plot, superb cast and tight pacing fool ya – take away those elements… and it’s still better than the “Doctor Retard”s or “Jesus, why the fuck do they still give roles to David BoredAnuzzzzzz”

Also, check these gamer recipes I accidentally stumbled upon while EFAPing through my watch later queue (Ignore Tonald’s very slightly iffy skits, he’s actually quite nice from what I’ve heard)

Huh. We just signed up for HBO, so maybe I’ll give it a whirl.

You realize that torr… “obtaining media via other means” is still a thing, right? ….Also, check out Chernobyl – it’s bloody (no pun intended) great and the team behind it really go the extra mile for accuracy (going as far as filming in control room for a similar reactor and actually getting the terminology right)

I’ve seen Chernobyl; yeah, it was great. The thing is, we have enough TV options right now that I only torrent stuff I *really* want to see.

You MUST watch Lovecraft Country.

Must I drink/do drugs to enjoy it?

No, but why wouldn’t you?

So some Armenian Alabamian is gonna be Longhorn Head Coach.

Just keep him away from 4th and/or 6th Street

They have bars in Austin?

Well, all the bars are probably open in College Station, anyway. Off to the Dixie Chicken….

Overpriced? You need to go down to New Deal Used Cars, where they blow the shit out of high prices:

“Just. Fuck’s sake. Start the new year with a home loss to David Moyes. Fuck everything.”

Well, no need to do a welfare check on Hippo after that game … Oh well, I hope the rest of y’all are havinga more pleasant stretch of lesser footy than our proud fookin’ Evertonian

Well, he did choose THAT team, so didn’t he bring it on himself?

As an Arsenal supporter, I don’t think that one chooses his or her team… that affiliation is decreed by whichever malevolent deity’s stuck on the tier 1 ‘fucking over humanity” desk 😀

Michigan is extending Har-Har through 2026

Wasn’t rewarding incompetence more of a 2020 thing? I had hoped things would be better in 2021.

Well Mrs. Cola and I did get promoted in 2020 so this checks out.

Eh, I thought that you two got promoted because somehow all of your immediate superiours got BOFH’d in increasingly improbable accidents without any (surviving) eyewitnesses?