This is going to be very succint.  Eh, it is what it is.

Let me first congratulate my translator, and the rest of the Bills Mafia on their AFC championship.  [WOOOOOOO…wait, wait, wait] 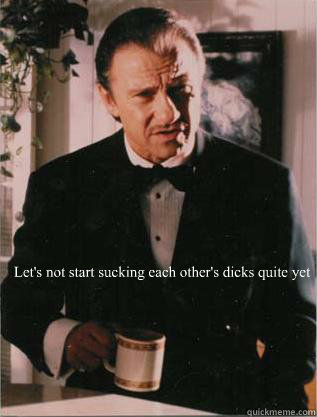 Nobody can say y’all didn’t earn it, even though your bye week is coming awfully late.

You see, #ThePauls [Browns] attempted to twist Mahomes’ head plum off on a 3rd down, ill-advised option play.  He tried to stand up, and it was all Punch Drunk Boxer time.  Not pretty.  [Legitimately difficult to watch.] Chefs converted 4th and short, made a FG to go up 22-10, but Chad Fucking Henne was in the game, and you could hear all the sphincters tighten on all the rednecks in attendance. [And there were many. Fuck Mike Parsons and Missourah with a dead possum]

#ThePauls cut the lead to 22-17, picking up two 4th down conversions on the way.  The kill shot was coming, you could feel it.  Then, after a stupid crackback block BLEERGH [penalty] made it 1st and 25 on the periphery of FG range…Henne arm punted to the waiting CLE safety.  Just a horrid throw.  8 minutes sure seemed like plenty of time, but to their credit, the Chefs D bucked up and forced a punt with just under 5 to go.

They would never get the ball back.  A great catch bailed out an errant throw, setting up 3rd and manageable – converted via swing pass.  Now, KC could run three times, and punt back to CLE with like 1:15 on the clock, no timeouts.  They’d have to go at least 80 yards.

Andy wasn’t having it.  [*Buzz* What are “things never heard at a Ponderosa Steakhouse”?]  Henne went back to throw on 2nd and 8, taking a sack to kill all possibility for daredevilry (surely?).  To my shock, he went back to pass AGAIN on 3rd and 14, but rolled right and scrambled like mad.  He lowered his shoulder to try and make the marker, but a good tackle and spot left them a foot short.

Now, this play ate up MOAR clock than expected, so punting from the 50 was even less risky now.  Still, they lined up in shotgun – very curious, because how on earth would you be able to draw them offsides without at least faking like you’d snap and sneak?  Give KC the honours for best actors, because all of a sudden they DID snap it, and THE BACKUP QB threw a quick out to Tyreek Hill.  Who caught it, and easily made the decisive first down. [Absolutely no cynicism or sarcasm- that was a beautifully reckless playcall. We mock Andy with good reason, but wow.]

Hats off to #ThePauls’ staff, and particularly their defensive personnel – they played their cards as well as they could.  [Is this a Myles Garrett helmet joke?] But in the end, the 10 point swing at the end of the half (pylon stretch fumble/touchback, followed by KC field goal drive) was too much to overcome.  And Andy Reid wouldn’t let them have a chance at last-minute heroics.  The fucking bollocks on that man (even if he hasn’t actually SEEN them in a few decades). [Gigantic. Brass. Shiny. Wow.]

My uneducated guess is there is maybe a 10-20% chance Mahomes gets cleared for next week.  [You seriously think the league will keep one of the three brightest stars out over something like “player safety”? Speaking of stones, which of the NFL’s pet neurologists is going to have the testicular fortitude to say No?] Buffalo will blast them into the sun. [We are going to get run by Chad Fucking Henne. It is the second most Bills thing that could happen, right after making the Superb Owl and getting our shit pushed in by Tom Brady for the 20th consecutive year.]

Which leaves the NFC, which I likely won’t even watch.  I had the MRSA/N’Awlins tilt muted, barely paying attention.  [Better that way]  It started with a Saints punt return to the MRSA 20, which limply became a 3-nil lead.  Then, #11 ran punt #2 all the way back for 6…but a very late, very weak BLEERGH bailed out The Narrative – and after another FG one could see where things were headed.  As MRSA crossed the 50, Hippo turned the TV off and retreated to Footy Manager comfort.

Breesus is absolutely cooked.  [Washed, dried, folded and stuffed in a drawer]. No wonder Sean Payton had been so enamored with Magic Undies at QB.  Any other analysis will have to come from Rev. Mayhem, if he’s around!

[I stuck through it for the exquisite suffering that is watching Satan bend reality to suit Tom Brady. The game was actually very even in yardage, time of possession, etc. Only problem was that New Orleans had 4 turnovers to Tampa’s none. Brees threw three interceptions, in sort of a live-action “Stop, stop! He’s already dead!” Simpsons gif reeactment. The Saints defense had been reasonably stout all night. But when the offense’s last four drive results are fumble-quick punt-INT-INT, even the best defense is going to start to buckle. Final score 30-20. But at least there’s this:] 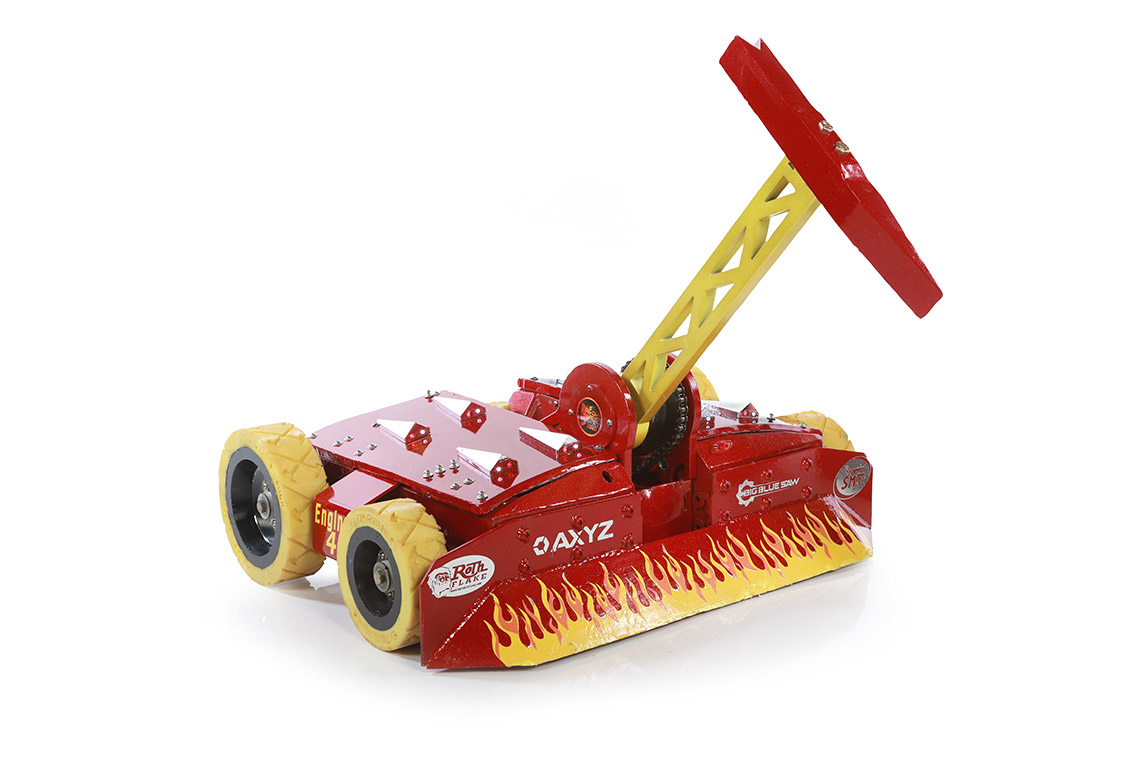 Last edited 1 month ago by Rikki-Tikki-Deadly
1

I still have to watch all the fights excepts Rotator-Valkyrie and Uppercut-SawBlaze. I know what happens though. I’m excited to make a Hexadecimator reference! Long live Hexy D!

Rotator-Valkyrie was a terrific fight. Uppercut-Sawblaze genuinely tested the integrity of the Blood Dome.

What’s the best example of a “great QB on a lousy team”? Assuming there are any. I’m thinking more in terms of a career or at least multiple seasons; I’m sure there are cases where a dynasty had an off year due to injuries or cap restructuring.

Obviously lots of QBs put up gaudy yardage numbers on shitty teams because they’re playing from behind all the time, but we probably wouldn’t consider many of them great. On the other hand, so much of the notion of “great” QBs is about winning games if not championships.

Archie Manning gets mentioned sometimes, but I don’t know if anyone puts him in the “great” category as opposed to just “pretty good.”

Palmer got the Bengals into the play-offs before the Steelers cheap-shotted his career to hell.

I think a “great” QB, by definition, at least makes his team good. Dan Marino was a great QB on a team that never won anything, but they were always at least decent when he was on the team.

Yeah, it may be that it’s a near-impossibility because a truly great QB should at least lift a team to mediocrity.

I just looked it up, and there are only two Hall of Fame QBs with career losing records — Namath and Jurgenson — though in both cases just barely under .500. Fouts and Moon were close. But I didn’t go through season by season to see how often their teams were truly bad as opposed to just slightly below .500.

Yeah, it’s the very essence of Marino. To a lesser extent, Laserface.

I think Fouts fits that description. All resources were channeled to the O, none at all to the D. He ran Coryell’s vision of an offense as best he could. The D was a running joke year after year after year. They couldn’t stop anyone. Last edited 1 month ago by blaxabbath
2

Also, Matt Ryan is a passing machine for a pretty unimpressive ATL franchise.

In the modern era, I’d go with Donovan McNabb – he was consistently good to great, but the Phillies were disfunctional/mismanaged “just enough” for him to never win the big one

Mahomes comes off the bench to lead the Chefs to a Super Bowl against TB12 2.0, doesn’t he?

…or TB12 v2.0 uses some bitcoins to arrange for one of the Chefs’ medical team to “accidentally” stab our golden boy with a needle through his lungs 😀

I shall personally boycott the Owl, should Team MRSA represent the NFC.

The New Radicals r back together?

Do they have to change their name to The Pre-owned Radicals now?

No, but we should consider arming The New Moderates to counter them.

To stay on brand, The Gently-Used Radicals.

A one album/one-hit (and not a parcularly good one at that) wonder…
yay.
At least it fits Doug Emhoff – a nearly forgotten song from a forgotten band for the husband of someone who’ll be staring at the clock wondering if it’s that bad to pray for someone to get a non-fatal medical emergency ;D Last edited 1 month ago by rockingdog
0

I think Mahomes should retire. Hear me out.

He just signed a massive contract with massive guarantees. He’ll be able to collect a LOT of that money as long as he just keeps “failing” his concussion tests. Let the NFL and the Chiefs try to sue him for malingering; all he has to do is fall down a few times on the courthouse steps and he’ll crush them. He’ll go out as a Super Bowl champion, with an insanely good record, and he’ll escape from the NFL with his brain and body mostly intact.

NOTE: I have been watching HBO’s Perry Mason series so I assume most trials get litigated on the courthouse steps.

“Actually, they’re conducted by combat, according to this documentary I saw on fictitious medieval England.” — Rudy G.

As I trial attorney I can tell you that this is not true. Most trials are litigated in poorly lit bar rooms.

WHO YOU CALLIN’ LITERATE?

Raiders fan… Heh, as if those still exists after MD fucked off to Vegas … or ya telling us that the Raiders’ fandom has less self respect than the FUCK!YOU!SPANOiS?

So Brees is ‘thinking’ about retirement. What is there to think about? Or is he concussed as well?

$25M? Assuming same is guaranteed, if he no retire.

Saints should give him a 5 million “Go Away” cheque if he ‘voluntarily’ retires.

There used to be a kommenter on KSK called Chad Henne Checkdown Clinic. That’s how I know how old Chad Henne is.

Holy shit! I remember that!

I remember him as well, after being reminded by Monty of course, my old as shit synapses have to be prompted to fire.

I know how old he is for a different reason. As a much younger person myself, I lived in Ann Arbor as a Buckeye fan. In 2005 or so, I and happily (but quietly!) watched Chad lose in the Big House to a Troy Smith Ohio State team where Troy was throwing to Santonio Holmes and Ted Ginn and Henne was throwing to Jason Avant and Steve Breaston.

See, the problem with Ginn’s career as an aging wide receiver was that he did not have the ability to catch a football.

At least not during his stay in Arizona.

But if you look at his actual playing time, he’s, like, in his 4th or 5 year.

Pour one out for the non-migrators.