I’m not gonna lie, no matter the announcers of the game between Brady and Rodgers (and really, that’s pretty much everyone that’s playing) the amount of ball-washing that’s going to take place just turns me off. They’re both unlikeable folk and it’s merely a matter of degrees. Aw hell, it’ll probably be on in the background and I’ll probably be right here because I can’t quit you guys.

So I guess while we wait for that to unfold the soccer dudes can fill the void. A very quick peek at the tilts on offer tell me that Cola’s Fulham plays Burnley, that rockingdog’s Chelsea is at Luton and ManU and Liverpool are going to go at it. Perhaps others could tell us what they’re watching on ye olde telly or what’s being read or done. Otherwise… [shoulders slump]

-A.B is out for this one but perhaps more importantly (for Tampa) Vita Vea is in. Who’s he? He’s a man mountain space-eater guy that plays nose tackle and clogs up the running game. His contribution to stopping the run game is not insignificant and he can also get after the qb. He’s missed the last thirteen games so I’m not sure how many snaps he’ll get.

-Yes, the Packers have played well but they have done so against the league’s easiest schedule. They’ve only beaten three teams that ended the season with a winning record. (I don’t recall them moving to the NFC East though, huh)

-Much has been made of the first game played between these two-the end result being Rodgers’ worst game of the year by far.

-How did the Bucs do it? They blitzed. And blitzed. They went balls-out 21 times and the Packers averaged 1.9 yards per play. Everyone knows what Aaron can do from a clean, unobstructed pocket so the Bucs got it all dirty and such. 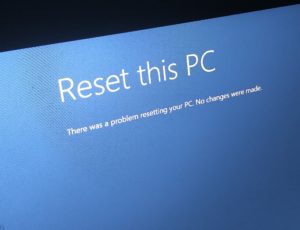 have you tried turning it off and on?

I have a VFX home studio so I have a Windows box and a Linux box. They fuck up once a day when in use, and updates/installations are painful. My workhorse is a mid-2010 MacPro Tower that has been on continuously for over 10 years, only restarting for operating system updates.

You’ve got money, get a Mac.

Will never do that. I despise Macs, and i’ve had far more problems with them over the years than with PCs. PCs at least allow you the access to try and fix shit, Macs you’re just left to twist in the wind unless you pay for official support

I feel the opposite – with Windows you’re at the mercy of Microsoft programming ‘ / the Registry / etc., while the *nix underpinnings of MacOS mean that you can do pretty much anything as long as you have admin/root access.

It used to be a lot better, but MS has made efforts to be more like mac, and it’s gotten progressively shittier. Meanwhile, mac doesn’t even let you access the file system and good fucking luck getting a command line

“Oh, you want to upgrade your own hardware? You want to install new drivers? HAHAHAHA FUCK YOU” -your Mac

I often want to shoot the Windows and Linux boxes.

I’d be okay with Tom Brady having a cognitive shutdown.
/Seriously someone tell us to stop playing Persona, we need help.

Pierre-Paul giving high 3’s to everyone

Well, now that we’re done with Joe Buck for the season, I do have a very lame Joe Buck story to share if anyone is drunk enough.

OK, so this was quite a few years ago. I had started reading KSK but not commenting there.

I’m awoken on a Wednesday morning by the phone ringing. I am VERY hung over. I had been drinking tequila at a neighborhood bar the night before with some friends visiting from out of town. I pick up the phone and it’s one of them.

“Hey, how are you feeling? You had a rough night!”
Me: Eh, a little rough. But I can take the morning off work, so it’s good.
“Hope you didn’t lose Joe Buck’s autograph.”
What?
“What, you don’t remember getting his autograph and talking to him for all that time about how much you liked him?”
(a feeling of dread overwhelms me. I recall that Joe Buck was indeed at the bar that night. He was in town for the baseball playoffs presumably. But, did I really do that?)
…

I fake my way through the rest of the conversation and hang up.

Slowly, over the next half hour, I piece the night together and remember that yes, Buck was there. However, all I did was call out, “hey Joe” just to make sure it was him. I never actually went up to talk to him and certainly didn’t ask for his autograph. But my friend from out of town fucked with me pretty good on the phone that morning.

Ok, well the Negroni flip is — ok, but not something I’ll likely try again.

Well, glad you tried it at least!

Appreciate the suggestion. Maybe someday when I’m in a different mood. Also, I think might be better with just the white. /Trump voter joke