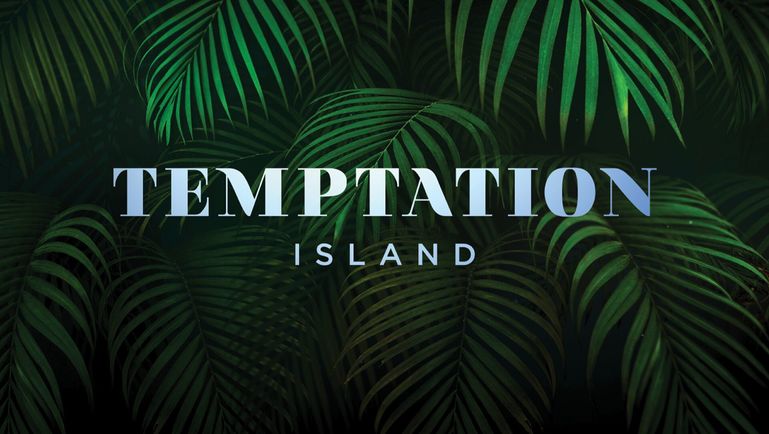 You can tell that 2021 is already a better year than 2020 because TEMPTATION ISLAND is back!!!

The first episode is tonight!

Therefore, I have asked the powers that be to allow me to take advantage that BeerGuyRob is still on the mend to take over the Tuesday Open Threads for the duration of the show’s run.

I will be doing weekly recaps as in previous years. I do apologize for the recaps stopping last season, but I was going through a really busy period at work and I just did not have any time to watch the episodes and write the recaps during the weekends. I promise I will do better this year!

Chelsea is 29 and is a marketing coordinator. I have no idea what that is, but Low Commander will probably confirm that she’s good at bullshitting. Thomas is 37 as you can see from the grey in his chin pubes and is a charming and flirty investment trader. Their main conflict is that Chelsea doesn’t know if she can trust him alone. Thomas, on the other hand, wants her to let him be himself and trust that, though he gets the appetite elsewhere, he will always eat at home.

They’ve been dating for 1 year.

Erica is 24 and a Personal Assistant. The key question is what type of Personal Assistant is she? Is she the type that only gets coffee and picks up dry cleaning or is she the type that actually is trusted by the client, provides helpful advice, and is exposed to the inner workings of the industry? Kendal is 26, missing an L, and is a business owner. It does not say what type of business he owns.

You don’t suppose she is his personal assistant and the assisting became more personal than the ad suggested?

Their main conflict is that Kendal thinks he can do better and Erica wants him to appreciate her. They’ve been dating for 2 years. Yeah, this isn’t going to end well.

Erin is 24 and a behavioural therapist. Corey is 26 and a concierge manager. She is a former professional soccer player and has dated professional athletes. The main conflict is that she keeps thinking about the athlete dick she used to get and isn’t sure she wants to settle down with Brett Favre. Corey wants to show her that he’s truly worthy of her athlete-hungry vagina and does not want to be stuck hiding in the closet holding the camera.

Finally a couple not from Southern California! That should prove to all of you that dating in SoCal just suuuuuuucks!

Kristen is 26, a physical therapist, and is Latina. Julian is also 26, a personal trainer, and a cheater (surprisingly not Latino, though). For some ungodly reason, they have been dating for 11 years (does the math, holy shit since they were 15!) and they don’t know if they’re right for each other.

Well, when you haven’t dated anyone else for your entire life, yeah I could see how those questions would pop up! At least Julian tried something different a couple of times.

Predictably, she brings up his cheating all the time and he says he’s learned his lessons and wants to prove to her that he can be faithful. We’ve seen this picture before, haven’t we?

For some reason, I only counted 11 girls and 12 guys. Oh well. Can you tell who is my favourite single?

I’m not going to lie to you. There’s a whole lot of Florida Men, which should make for some fun episodes. Also, there’s no way that Rocky Buttery is a real name, right? He and Single Amanda should get married and hyphenate their names.

Here’s a preview clip for this season:

YOU FUCKERS NEED TO TUNE IN TONIGHT FOR FUCK’S SAKE!!

Not yet. I’ll have them next week, though, after the first episode airs. I’m hoping for a solid 4 out of 4 breakups. We’ll see…

I’ll be writing recaps of every episode and publishing on the Tuesday the next episode airs.

Temptation Island airs every Tuesday night on USA Network at 10 PM Eastern, 9 PM Central. You can also catch up on prior episodes (if you sign in with a cable or satellite account) and see behind the scene clips on the USA Network website: https://www.usanetwork.com/temptationisland

Let your excitement bubble over in the comments. If we all behave ourselves, maybe we can live-blog this baby!

Here’s a palate cleanser for anyone that wants one – IH did a good!

Of all the British shows your sick fucks (aka network execs) could’ve adapted… they chose THIS… and give it multiple season?!

…. and stuff that was actually good (Firefly/Jericho) got basically a season each…

As a public service announcement, I can tell you with 99% confidence that the small Georgia town the scary single personal trainer “girl” is from is pronounced Hey high rah.

This season is going to be fun. These couples are f’ed.

WineWife is watching “Pooch Perfect”, an Australian dog grooming show hosted by a pre-weight loss Rebel Wilson. Beyond a host of terrible dog puns, the mutts are all as inbred as the average Australian.

Dammit, it’s on E! Canada channel and surprisingly I do not subscribe.

My aged eyes at first read that as “El Canada” and I thought Man, the borders really are getting blurrier, despite the US ICE and CPB. 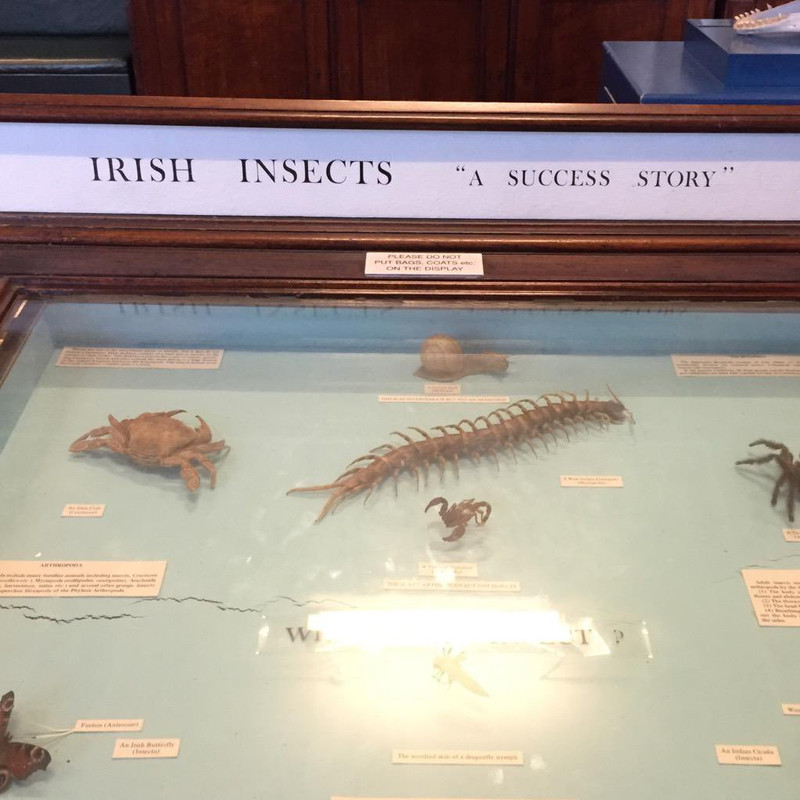 Would make a strong joke about Texans but I doubt they’d have the energy to respond.

Plus, as temperatures approach zero degrees Kelvin, activity at the molecular has slowed to the point where our computers no longer respond.

famous man: sorry I ruined the public opinion of many women for personal gain

some dude anywhere: I forgive you

Right now we’re watching Austitic Doctor. They should make a version of this show where instead of being a doctor he’s a stockbroker.

Hmm, maybe *I* should write that show, except instead of being a TV show it’s an episode of the Losers Investment Club.

YOU’VE ALREADY GOT A STORY ARC BASED ON THE ROLL OF THE DICE!

As long as you don’t have Brutalitops the Magician in it.

Or President of the United States.

We can’t watch that show. Within five minutes, all of us (kid included) have made at least 100 comments that are sure-thing tickets to hell.

The show is not positive for the disability community.

Gonna call Tom Triola, Tommy 3 Holes, because you know that is what he is aiming for. 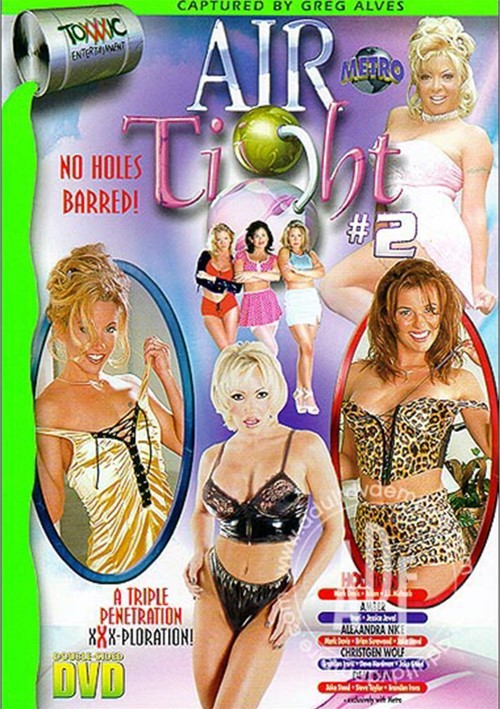 Damn, I hope they don’t mean that literally.

I fear for the future of… everything.

Also, loading this site takes an inordinately long amount of time. I know it’s been mentioned and it didn’t used to be quite this slow, but it literally takes 30-60 seconds to change pages. I tried it on Firefox and Safari, same basic timing. Any suggestions?

Times are tough and DTZM had to switch DFO over to a non-union Mexican equivalent hosting service. Takes a little longer to load but otherwise still ¡muy bueno!

At the moment the best I can offer is sympathy. For me, once it’s loaded it’s fine, but that initial connection takes quite a while.

Personally, I blame the windmills.

My coal burning one is cranking away…

“A rough night for David Duke”

They confirm the 13th Amendment, did they?

Plus, Rep. Bennie Thompson’s (D-MS) invocation of 1871’s Ku Klux Klan Act in his lawsuit against Trump/Giuliani/Proud Boys/Oath Keepers. Oh noes, are we still a nation of laws!?!

Last edited 19 days ago by rockingdog
3

Having read these reviews I an confidently say that all of these couples should break up immediately after grifting the network for a free tropical vacation that includes copious amounts of irresponsible sex.

The prostitutes I mean singles seem to be getting less attractive every year, sadly.

Which is why Kelly Clarkson is the one single true American Idol winner.

> Can you tell who is my favourite single?

He’s dreamy but yes, it’s the Butts one.

UConn is playing Providence, and Providence has a player named David Duke on their team and the announcing is…disconcerting, to say the least.

There was an SNL Weekend Update bit where it was something like “A study showed that golf is the most racist sport. Oh really? More racist than… Klanball?”

What I’m saying is Providence is playing Klanball. 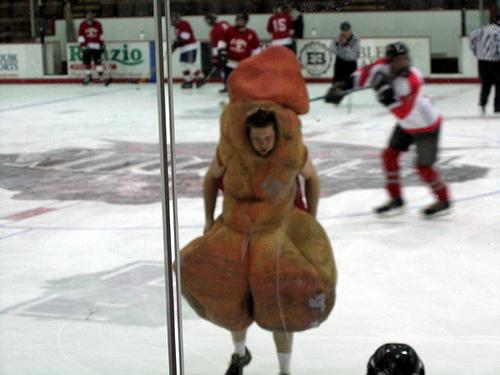 I’ve missed these recaps. Can’t wait until one of ’em makes a dumb face that I can use as the featured image for Dallas’s bye week review.

There was another Tuesday evening open thread posted about a half hour or 45 minutes ago. I posted a comment on it, as did someone else (can’t remember who posted the thread or the comment, because alcohol). Refreshed the screen, got a 404, refreshed again, and got this new thread, and no evidence anywhere of the thread that was posted around 6pm Central time. It seems I must have entered a fugue state, or become unstuck in time like Billy Pilgrim. Waiting for Rod Serling to step around the corner, cigarette blazing.

I think you temporarily crossed over to the Lightest Timeline. That’s the one where, in 2015, Donald Trump’s plane crashed en route to Mar-A-Lago, taking passengers Trump, Bill Belichek, Tom Brady, and Roger Goodell with him. Among other things, this somehow led to Britt Reid actually getting clean and sober instead of putting a five-year-old in the hospital. Temporal mechanics are weird, it’s a whole timey-wimey thing.

How can I get back to that timeline? I want to live there. I’d even be happy to give up my Patriot’s last couple of SB wins.

Well, you’d be giving them all up anyway. You see, it turns out that Goodell had a “dead man’s switch” that caused all of the blackmail material he’d been holding to be released upon his death. There were some… interesting revelations about the Patriots. Spygate and Deflategate were just the tip of the iceberg. (It also turned out that Dan Snyder was an even bigger asshole than we thought, if you can imagine that.)

Anyway, Commissioner Colin Kaepernick vacated all of those Pats’ titles.

Oh, and, uh, it’s the Lightest Timeline for the rest of us, but … well, let’s just say you wouldn’t want to be living in Texas.

That was my bad. I killed the post because I didn’t realize Temptation Island was the Open Thread. Sorry.

Two weeks back & I can’t keep from steppin’ on dicks. Just like the folks of Temptation Island!

It’s her brother Seymour I really feel sorry for.