Short week this week for a few reasons.  So I’m dipping into the “Pool of Princesses” for TGISF this week to make things easy on myself.  Low hanging fruit, yada yada yada.

And while I don’t have the energy or the creativity to try to be coy with the identity of this week’s princess, Jamie Chung….

….I do still have to point out how hilarious I think I am with this week’s title and how perfect it would be if I was in the mood to be mysterious (even if I am  the only one who thinks it’s funny).

But also, I will  be linking some Wang Chung tonight, so get over it.

Jamie Chung first came to my attention in the horror flick Sorority Row (not a terrible flick, btw)….

Then of course, Sucker Punch…

OK, fine.  She’s funny by not  being funny and having a sense of humour about it.  But that’s funny enough when you look like she does.

More from her later, of course.

I Promised You Some Stories

Last week in a Vegas themed 25 Questions (Plus One), BallsofSteelandFury  and myself told on ourselves somewhat.  Then he stepped up and gave some details regarding his answers in last week’s TGISF.  So I suppose it’s only fair that I do my part this week and fill in some blanks of my own.  So, let’s do that….I guess.  If I have to.

3) Have you ever stolen a mounted LVPD officer’s horse?

I explained this one in the comments of that post, but not completely.  Many of my Vegas trips, though far from all, were centered around continuing education conferences for my profession, because one of the best conferences in the country is held annually in Las Vegas.  At times during these events, I have also helped with hands on “labs” designed for the continuing education of “support staff”.  One such lab was equine oriented.  Thank you LVPD for letting me use your horse for demonstration purposes.  Sorry about riding him off site for 10-15 minutes after the lab was over….technically without your permission (which sounds better than “You stole mah damn horse!!!! “, btw).

8) Have you ever been so happy about casino winnings that you bent your “companion” over the table and spanked him/her in full view of everyone?

This also happened during (or maybe after) a Vet Conference.  I had made friends with a very special person who I learned had a talent for blackjack.  When she told me this, I was skeptical so she said she’d prove it.  Now, I was standing nearby, only watching her and not playing.  But when she started cleaning up I became very….aroused.  She was cutthroat.  She didn’t win life changing money that day, but it was still more than I’ve ever seen anyone I’ve known win at blackjack.  So yes, I was excited.  And when she decided to quit after only a short time, I really did bend her over the table and spank her a little as she was standing up.  She seemed to be OK with this behaviour based upon my answers to 16) and 17).  And her winnings helped pay for a rather hedonistic day or two in Vegas.

22) Have you ever been accused of cheating at any casino game?

When she decided to quit, the pit boss who had come over and been watching, briefly accused her of counting cards (she probably was..not a big deal really) and me of signaling her (potentially a very  big deal).  FWIW, I totally was not.  She didn’t need any help, especially not from me.  Nothing came of it, and she was done playing anyway, so it was mostly a non-issue.

16) Have you ever been so tired and/or so drunk that you fell asleep in the suite Jacuzzi?  and  17) Did you wake up, proceed to have sex in said Jacuzzi, and then order room service?

11) Have you ever crashed your car on (or around) the Hoover Dam because you weren’t paying close enough attention to traffic while receiving oral sex?

What can I say?  Those switchbacks are a bitch.  A few years ago, before I left Arizona and moved back east, I learned that the young lady I was dating at the time had never been to Las Vegas.  So, we decided to drive up one weekend.  On the way, I also learned she’d never seen the Hoover Dam.  Soooooo…we diverted and drove across it so she could see it.  Then we left.  But as we were leaving she became somewhat amorous.  Why she chose this particular time/place, I have no idea.  Personally, the Hoover Dam has never done anything for me.  But what Imma do?  Say no?  Yeah, right.  The little accident in question involved no other vehicles, and was relatively low speed (thanks to traffic and the aforementioned switchbacks).  But I did have to tell her she couldn’t do that anymore, at least not until we get back on a straightaway.

True to her nature, she made a “straightaway” joke in reference to my genitals.  That ended up being a helluva weekend…

Sports Which Make You Too Sad To Wang Chung

The Saints hit the road to take on the Falcons last night.  This is pretty much all you need to know….

To the Falcons’ credit, in spite of trying their best to fuck up the gift of a crashed Kamara (not to mention a host of other ‘Nawlins personnel losses, as well), they finally managed not to fuck it up.

One is all you get this week…

…but the Bowl Season kicks off next weekend.

This Is The Part…

…Where I usually try to say something funny to wrap things up.  Or philosophical.  Or at least mildly clever.  But this week I got nothing.

But here, have one last appropriate (maybe) Wang Chung tune…

Have a great weekend everyone.

Do you have a “request” or an idea for a future TGISF theme?  Drop me a line…

theeWeeBabySeamus
An unapologetic, even if often manic-depressive (it's a requirement given his choices of sports teams), fan of NC State University, the Baltimore Ravens and the Baltimore Orioles. When not parked in front of the computer and/or TV, can often be found on the golf course shouting obscenities to no one in particular.
Please Login to comment
130
219
0
23

[…] it “cheap”.  Especially considering I took that easy way out last week (no ofence to Jamie Chung intended, of course) when I actually had a valid excuse for doing […] Well, that was a downer. Anyway,

Prolly time to call it a night since I’ve completely skipped back past the 80s to the 70s. Still though, good vinyl here….
(be happy I didn’t go down a Queen hole…no pun intended)

Shit. I forgot that all beer was 20% off at Whole Foods yesterday.

What magical place is this where beer gets marked down?

The Whole Foods in downtown Portland.

OOO, tempting. I love me some Portland.

Anyway, I took 2mL about 3 hours ago and I’m thinking of taking another before I go to bed.

The link says you can take the oil orally or via other methods. Do you use other methods? Mainly, up the poop shute? 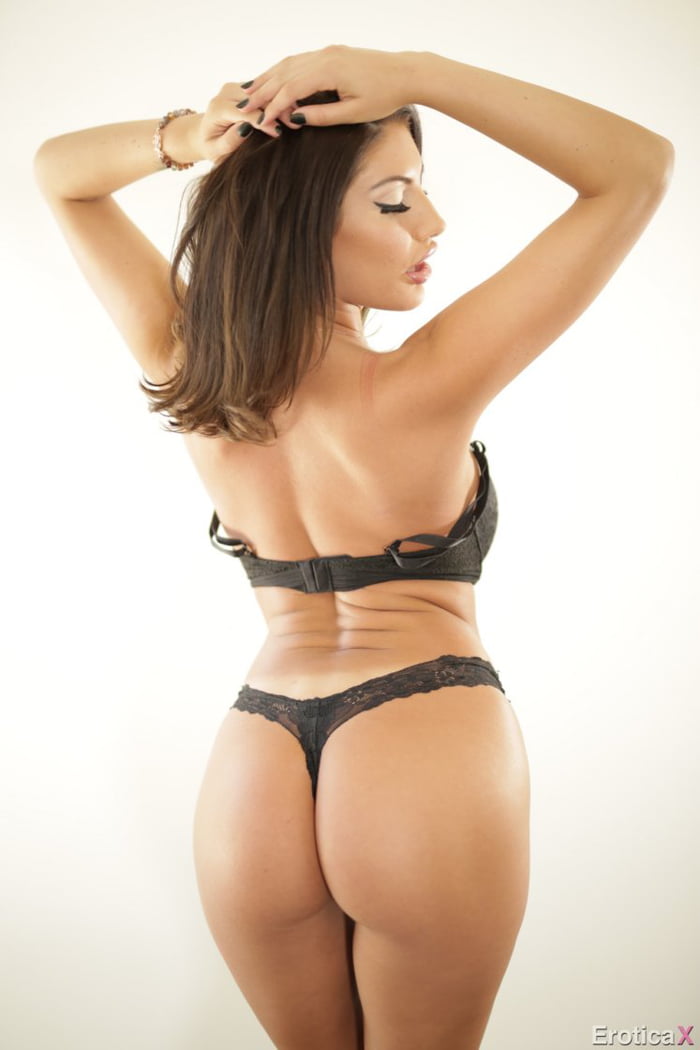 No. Any excuse to swallow something.

You have my attention….

Football newz: Hamilton Tiger Cats coach, Jun Jones says he thinks Johnny Manziel will become the greatest CFL QB of all time. So, expect him to sign and become the starting QB soon.

Well, he is prettier than I remember. 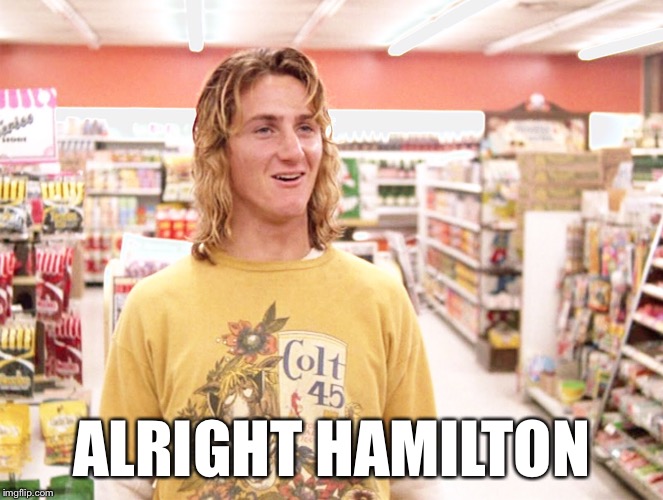 And great tits too!!!

Yes, my time machine went back to the 90s.
Fuck off.

The crew of which seems….favorable.

Leili Koshi, I have a really good friend who looks a lot like her. Or maybe it’s just fantasizing about the friend.

I may not know art, but I know what I like.

I’ve been working out.

Posting the gif wouldn’t do it justice. https://gfycat.com/JadedCheerfulAngwantibo

Same here. You should just go ahead and bookmark or follow LOVE’s Youtube channel because there are 16 more of these to come and seven previous ones for this year already up.

“It doesn’t make a damned bit of difference who wins the war to someone who’s dead.”
― Joseph Heller, Catch-22 Try to think of the irony this way….

We are evolutionarily developed to believe in a “god”.

No shit, I’m not making this up and someday I’ll explain if it’s not already clear. But ultimate irony? Or ultimatest irony? Discuss amongst yourselves.

(and this is not to remove the possibility that there is something “bigger” out there running the show…..but if there is, we’re far too stupid to figure it out so let’s just get drunk and screw)

Behavioral evolution is more complicated than that when it comes to religion. You have to tie the tribalistic behavior into it and the need fora pecking order. Nearly all early religions were multi-theistic and worshiping the power of various environmental things that were seen as more powerful “bear spirit”, if you will. The monotheistic thing came much later when tribe became much bigger and spread over larger areas; workers needed to produce for the ruling class.

You’re correct. FWIW, I wasn’t necessarily trying to go into details re: multi vs mono (on purpose) other than to say we are, as a species that is, hard wired to believe in a “man in the clouds” (or whatever it might be) a result of many developmental influences. The bottom line of which is that our ancestors survived and reproduced more efficiently (that’s what evolution/natural selection is, btw) if they went along with the crowd and believed.

Those who didn’t were often shunned (or worse) and thus less likely for their genetic code to be passed on.

As you’ve said, even this is a very simplistic explanation. Jesus Christ. Why am I procrastinating in the most idiotic way possible?

For RTD. Another Raiders fan.

Does anyone have a dime I can bounce?

Sorry, no. I’ve gone cashless and I don’t think an iPhone would work.

You could bounce an iPhone off of that.

I think it would break the phone. Radiation so powerful it went back in time to fuck that kid up.

Little did anyone know that little dipshit would go on to hold the highest office known to man.

I knew the ears looked familiar. I guess he tanned some back in Hawaii.

Explains the hands though?

I’m not going to impugn some poor bastard by comparing him with Trump. That’s just cruel.

Unlike the rest of us.

Everyone has a stupid hill they’ll die on.

I would consider that.