On Twitter!
makeitsnowondem
make it snow is an alot of beer. He is also a Broncos fan living in Austin.

If I ever tell you there are two kinds of beer I love, I’m bullshitting you. There are a million kinds of beer I love. There’s not a BJCP-certified style out there that hasn’t produced at least one beer I thought was amazing, and as for off-style beers, well, I tend to like them even more. But if I did love just two kinds of beers, they’d probably be sours and coffee beers. Welcome to New Belgium La Folie Grand Reserve Geisha, the most expensive bottle I’ve ever bought.

Everyone knows New Belgium Brewing Company. They’re the guys in Fort Collins who make Fat Tire! They’re probably better known for this one biscuity, easy-drinking amber ale than they are for the entire rest of their portfolio combined. But you lot, if you’ve been paying attention, will also know New Belgium for La Folie, the terrific sour ale that BrettFavresColonoscopy reviewed back when I was getting married and asking better writers with better palates to fill in for me. Can we all agree it’s for the best he didn’t eat the banana, by the way? That thing was bruised all to hell. Horrifying.

If you were reading back then, you know what I know, and what BFC knows: New Belgium Brewing Company has a monster sour program. I share BFC’s love of Le Terroir. and my first taste of La Folie was a throat-tightening but eye-opening experience. I think a lot, too, about Eric’s Ale, which I probably drank daily at the Draught House in Austin from the day it tapped for the first time in Texas until the day it ran dry. The Draught House had a special relationship with New Belgium; its anniversary party consistently featured the really rare kegs, shit like Love or Felix or Oscar, and one year the Draught House staff even got to blend its own beer from New Belgium’s oak tanks. These were all consistently among the best beers I’d ever had. so when I saw a few months ago that they’d blended a version of La Folie with coffee, I lept at the chance to try it.

Reviewing packaging isn’t what I do here, but the presentation of New Belgium La Folie Grand Reserve Geisha merits a few words. The beer comes in an eyecatching black box with gold print, and here’s what you see when you open it:

All in all, this looks like every cent of the fifty bucks. Experience tells me that the liquid cannot possibly live up to this packaging or this price tag, but I’ll be damned if I don’t have a responsibility, to you folks and to myself, to make sure.

The beer itself pours deep red-brown, with a head that has the density and creaminess of your typical nitro ale. And Geisha is on nitro, a choice I was immediately concerned about when I read it because in my experience, nitro tends to flatten out the flavors of a beer relative to its carbonated version. I needn’t have worried. The nose is toasty and fruity and really, really inviting, and the first taste delivers that acidic punch I associate with La Folie, but there’s so much more depth to it. The coffee is almost more a sensation than a flavor, warming and round and full. More concretely, it’s also rich and roasty and a bit baker’s-chocolatey. That sweet/roasted taste is the perfect counterpoint to La Folie’s innate tart fruitiness; neither side of this beer drowns out or really even mutes the other. If you want an easy indicator for how delicious and drinkable Geisha is, my twelve-ounce pour went dry in a hurry.

Is this bottle worth $50? I don’t know that there’s any good answer to that. On the one hand, it’s not the best beer I’ve ever had. Maybe that means New Belgium should be charging less; it might mean, though, that Founders Brewing ought to be charging more for the $25 Canadian Breakfast Stout. There’s evidence out there for the latter case, too: Bottles from the most recent CBS release currently go for as much as $75 on eBay. Really high-end beer is kind of in a weird spot, compared to more established luxuries like wine, and as loath as I am to make the case for higher beer prices, I suspect most brewers are charging less than they could for their top-of-the-line products. The bottom line for me, I guess, is that this was worth what I paid to experience it, and to share with lady snow, and I won’t starve or be evicted because of it. La Folie Geisha is probably the best possible version of itself, so if it sounds like something you’d enjoy, and you can bear to fork over the cash, you can do so with my recommendation.

lady snow says: So obviously the first thing that hits me when I smell it is coffee. Even the head is kind of creamy and frothy like a cappuccino. When I taste it, then the sourness hits me, and it’s kind of tart, a little bit like I expect a white wine to taste. But… you’re going to think I’m crazy when I tell you this. When I inhale, during the aftertaste, I get baked goods, like a brownie or a heavy pastry, and a bit of green olive, or caper.

make it snow says: No, that makes sense. La Folie has always had a sort of vinegary component to it.

make it snow says: Okay, my turn to be crazy: The nose reminds me of toast and jam.

lady snow says: I get that. The whole bakery association. It just reminds me of denser breads.

make it snow says: Let me smell that again. I finished mine, sorry. Yeah, like a brownie or a coffee cake.

lady snow says: Yeah, and sitting here now I have an aftertaste like capers in my mouth. And you’d think those flavors wouldn’t go together, but it’s not an unpleasant combination at all. It works really well.

make it snow says: Does it taste like you have $25 in your glass?

lady snow says: Actually, yeah. For a wine of this quality, we’d be paying so much more.

make it snow says: Well, I’m glad you enjoyed it.

lady snow says: You enjoyed it. I’m still enjoying it.

make it snow is an alot of beer and highly unprofessional Overwatch League analyst. He and lady snow each drank half a bottle of La Folie Grand Reserve Geisha. The next beer will be cheap.

makeitsnowondem
make it snow is an alot of beer. He is also a Broncos fan living in Denver.
Subscribe
Please login to comment
8 Comments
Inline Feedbacks
View all comments

I maintain that Make It Snow and Lady Snow are the Cutest Couple of DFO HS.

Yes, but you and Seamus are a close second.

make it snow says: Let me smell that again. I finished mine, sorry.

Sometimes, you people make it just not sporting at all. 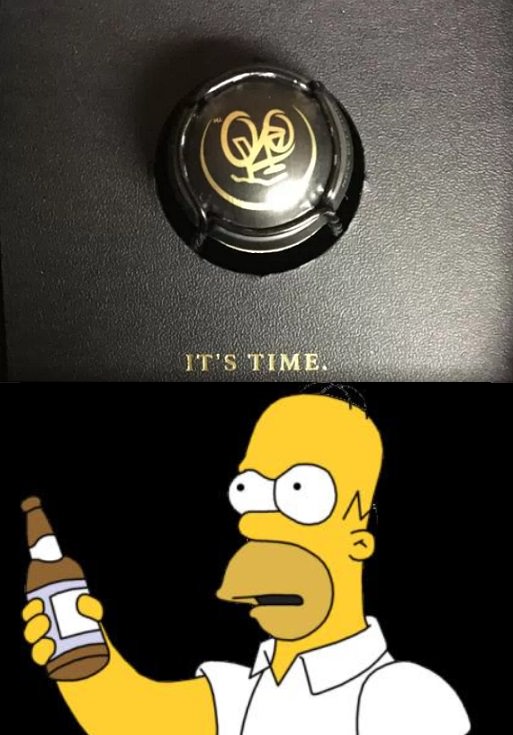 “Marge! Now the beer is talking to me!”

Can we all agree it’s for the best he didn’t eat the banana, by the way?

If I had a nickel every time I heard that…