Latest posts by pickettschargeksk (see all)

Minnesota Vikings head coach Mike Zimmer did not conduct a press conference Friday in which he addressed the team’s blowout 38-7 loss to the Philadelphia Eagles in the NFC Championship game and offered a few thoughts on what the future might bring for the team.

“It was a combination of factors,” Zimmer did not say of the team’s loss, “the most significant of which is that we were just the worst, the most appalling shit imaginable from start to fucking finish.”

“No, wait, I take that back,” he did not continue, momentarily quieting the startled press corps. “We did get off one decent drive, which, in retrospect, just made them mad. It’s like punching a bear squarely in the dick: no one can deny that you got in a surprisingly good lick, but in the end what does that get you? My grandfather taught me that, and I’ve never forgotten it. Shame what happened to him.

“What? No, he didn’t get mauled by a bear,” Zimmer did not say in response to a reporter’s question, or more accurately plea, for some clarity and context for god’s sake. “I hired him as quality control coach for any safety on the team who isn’t Harrison Smith and he up and died of despair. Terrible thing to watch, but also, in its way, riveting.”

“And who can blame him?” the coach did not continue while the press corps shivered as thought someone had walked over their grave. “I know we all grimaced as LeGarrette Blount steamrolled Andrew Sendejo on his touchdown run. It was horrifying, all the more so because despite having killed a man like that in cold blood and in front of god and everybody, Blount is still at large. I call upon the proper authorities to apprehend this menace before he kills again.

“But I will tell you this about Sendejo, god rest his soul,” Zimmer did not go on to say. “What chance did he have? He only weighed 140 pounds. I know, I know, hard to believe, but it’s true. He lost his liver in the offseason as the result of a difference of opinion with Marvin Harrison. We did our best to keep him going through the season but he was just a shell by the final game.

“Why didn’t we play someone else?” Zimmer did not continue to a press corps now looking to each other to confirm that other people were hearing this, too. “Who else was there? Mike Harris is a good dude but has never, in recorded history, been in position when a play came his way. It’s actually astonishing, we keep him around more as a scientific curiosity than anything. I mean, shit you’d think he’d bat down a pass or make a tackle just once by accident. So far no luck. We think he might be from another dimension. We had high hopes for Antone Exum at one point but that proved to have been the result of an ethylene gas leak.

“You ever gotten a whiff of that stuff?” he did not say to the bewildering reporters. “Let me tell you, it’s potent as hell. Poor Laquon Treadwell got stuck in a room full of that stuff before we knew we had a problem, and he’s never been the same. Claims he can’t see the ball anymore because it’s in the present, and he looks only into the future. But then he offered some thoughts on how the Athenians could defend themselves from the Persian invasion, and while his advice was not at all timely it was surprisingly sound. Still, that was a long time ago, so I wouldn’t put much stock in this whole ‘precognition’ thing. Unless…uh. Oh boy. I should probably call someone after this press conference is over.

“Anyhoo, with respect to the game itself,” Zimmer did not go on, “not since I got loaded on Natty Bo and Old Overholt and tried to make a hybrid of chicken vindaloo and common chili has anyone so thoroughly and devastatingly shit the bed. We’ve all seen the coverage of Case Keenum’s substandard game, and, yes, we have considered the idea that the final six quarters of the playoffs, where he threw with less than 60% accuracy and had two touchdowns and four turnovers – and even that gifts him Stefon Diggs’s miracle TD, which is honestly is an act of charity Keenum doesn’t deserve – represents a regression to his true form, like when the Hulk stops being awesome and just becomes some weird little dude in oversized pants. I don’t know, I haven’t seen the movies. We only have one movie in my house and it’s The Revenant. Hooked from the first time I saw it. Never laughed so hard in my life.

“And what a joyous gift is laughter!” Zimmer did not continue to a press corps now beginning to wonder if being there was such a good idea. “It’s what gets you through the hard times, like right fucking now. Look, was it foreseeable that an offensive line so thin it featured Rashod Hill starting at right tackle would wind up face down and embarrassed faster than Christopher Hitchens at an open bar? Of course it was. Could we have anticipated that Adam Thielen’s actually, honest-to-god broken fucking back would hobble him so much that the Eagles could double-team Diggs and thus expose Keenum’s often dubious decision-making and occasionally doubtful accuracy? I had that as a prop bet, which is why after I was done crying I laughed all the way to the bank. They say the house always wins, which I guess is true if you mean House Fucking Zimmer. Snort of gold-infused coke, anyone? No? Your loss.

“What we couldn’t see coming,” Zimmer did not resume as reporters began to back slowly toward the exits, “was the team turning in a worse defensive performance than the visor on Harold Godwinson’s helmet. Yes, Nick Foles made some great throws. We know he can do that, and it’s much easier to hit those when you’re not facing any meaningful pass rush and everyone in the defensive backfield is permanently out of position. Now, there are all sorts of crazy rumors about why this total breakdown happened, but I think I know, and the explanation is very simple: we are, or at any rate were, literally cursed.

“It’s not good lecturing me about how I shouldn’t have crossed that gypsy lady’s palm with false silver,” Zimmer did not go on into the stunned silence. “I know that now, and the fact is that I knew it then, too. I got her in as a fortune teller because I wanted a second opinion on the crazy words coming out of Treadwell’s mouth. The false silver was an honest mistake, I swear it. Listen, it’s a wise man as can tell true silver from false, even if you do bite the coin. I defy any of you to prove otherwise, right now,” he did not continue, hurling fistfuls of coins at the press.

“I would never deliberately cross a gypsy lady like that. I have a lot of respect, I’d even say affection, for gypsies, Roma and Irish. Decent folks, and handy; many’s the time they’ve helped me lay hands on something I needed, and just as often helped me, ahem, lose something that needed losing.

“So this whole thing was just a huge misunderstanding,” Zimmer did not conclude, beaming a smile at the backs of the fleeing press corps. “I will now take no questions.”

This was great. My reaction: https://gfycat.com/PrestigiousWelloffFrogmouth

“And let me tell you something about Kai Forbath’s extensive collection of Farmville fan fiction,” Zimmer did not continue while whittling a life-size statue of Daunte Culpepper.

I think if I were a Vikings player I’d feel better if Zimmer yelled at me. The most terrifying thing he could say to me would be “it’s fine. Don’t worry about it.” Because I would know that it’s NOT fine, and I SHOULD worry about it.

But then he offered some thoughts on how the Athenians could defend themselves from the Persian invasion, and while his advice was not at all timely it was surprisingly sound

This isn’t even a top 5 moment in this post and is better than anything I’ve written on this site.

It’s goddamn beautiful, is what it is

Mr. Winkles is mildly concerned with Coach’s attitude and is planning his own intervention. 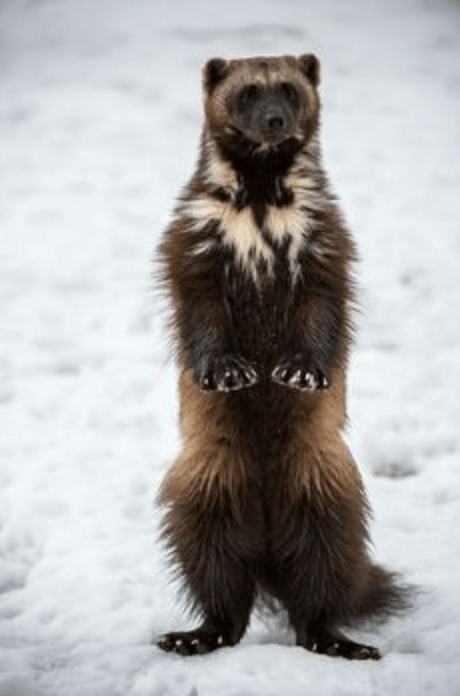 I definitely did not read this and not enjoy this immensely.

face down and embarrassed faster than Christopher Hitchens at an open bar?

I gave Hitch a light once, just before he was going to debate about the Iraq war. He may have been half in the bag at 6pm.

So you’re telling me you had a chance to light him on fire? And didn’t???

I at least contributed to his cancer.

I mean I’d have assumed that his breath alone would have done the job.

God, I’ve missed these! Good to have you back!