Hey there, lizard people. we’re back, and like the Hess truck, we’re better than ever!

/Looks down towards his abdomen… no, not that far, my eyes are up here.

All right, well, we’re back anyway, the level of back-ness is up for debate. I’m Senor Weaselo, and this is House of Pain. For those of you new or unfamiliar with the program, House of Pain is one of the many, many DFO series that will make you go “Clearly this man or woman is insane.” More specifically, it’s a look at hot sauces, mostly on the obscene scale, where your ears pop and your eyes water and your friends laugh at your dumb ass suffering.

I say mostly on the obscene scale because they don’t all have to be, and we start in earnest this offseason now that I’ve gotten my lazy ass in gear with sauces that for the most part aren’t obscene. No, not the Szechuan sauce, that was a one-time deal. You want a hint? Check the title, we’re talking Tabasco.

Tabasco sauce is to diners what plumbuses are to people’s homes: everyone has them. One Edmund McIlhenny of Avery Island, LA was given a collection of Capsicum frutescens (a species that, yes, includes the Tabasco pepper) seeds and, as an avid gardener, McIlhenny grew them, loved the flavor of the pepper, and decided to grow them commercially in 1868. That year he sent out bottles of his sauce to grocers in Louisiana for a dollar apiece (which sounds pretty expensive, come to think of it, considering it was the Reconstruction South). As these things turned out, people liked it, so he got a patent two years later, and the company was off and running. 150 years later the McIlhenny Company produces sauce for over 185 countries, even though I couldn’t find an amount of bottles sold (a report in 2014 said they sell about $200 million worth of sauce), and is still run by the McIlhenny family today; they’re on their seventh family member.

Nowadays, they make eight different types of hot sauces, plus I see a spicy barbecue sauce on the website, plus a special reserve sauce that I’ve not seen before and would hope to get my hands on. (Pretty please? Or will you have it at the Expo? Wait, Senor, you don’t actually think they’re gonna read this, right? Shush, other Senor, we want free stuff.) So let me try and recollect as best as I can, because I’m pretty sure I’ve had… four or five of them? Even if in smaller quantities? Anyway, let’s go one by one.

I’ve never put this on anything or gotten this (for some reason I have a little bit of an aversion to green sauces), but I’ve judiciously borrowed cups of it from places to try it, or if anyone else wants to try it, and it’s not too bad. It’s definitely mild, which they advertise, and it isn’t too harsh either. So if you want hot sauce but you don’t actually like hot, this isn’t too bad actually. We don’t all want habanero hooked into our veins.

This, on the other hand works better. I like this sauce very much, actually. It’s a little bit darker of a flavor—also of a sauce color-wise. Again, there is no such thing as a Chipotle pepper in the wild. A Chipotle pepper is just a smoked jalapeño pepper. And it is a smokier flavor than regular Tabasco, with less of that vinegary taste off the bat (it is also apparently milder than the standard). If I make a Chipotle (the restaurant, not the pepper) run, it’s this sauce that I get. In addition to their regular hot sauce. Because I run out of the regular sauce for my chips. I get the chips to pick up any dropped pieces of my tacos. It is a delicious cycle.

I’d say more about what else it works on (the website suggest it’s good for barbecue) but I admittedly don’t buy Tabasco in droves because of all the other stuff already in the fridge. Madre Weaselo’s a little upset about the loss of an entire shelf, and I don’t blame her.

It’s okay. I got it once to try it. They say it’s thick and tangy, but it isn’t that thick. It’s not that big of a hole, if it was too thick it probably wouldn’t come out nicely. Yes, phrasing to everything in the last two sentences. My personal use for it is when I make my wing sauce and I chuck a fair bit of this in with another half-dozen sauces (heat levels, and the sauces I use, depend on my audience—for another day, perhaps).

I don’t think I’ve actually tried this sauce. Maybe on some popcorn at the Expo, I forget which one(s) I actually sampled. Anyway, thanks to there being an ingredients list on the website, I can report that it’s a mango habanero sauce, which sounds right. Mango is a common habanero sauce ingredient because its sweetness counters the spiciness of the pepper. And then there is also some papaya, and sugar, and banana, and tamarind. Again, sweetness of the fruits to counteract the heat. A tried and true recipe.

I don’t even think I’ve seen this one, actually, but it’s reportedly a three-pepper sauce (cayenne, jalapeno, and tabasco) with garlic, and isn’t too too hot.

I call shenanigans, I’ve definitely never seen this one. It is supposedly the mildest of the set, however. I’d try it. Maybe put on my McNuggets since it’ll be closer to a Szechuan sauce than basically-teriyaki, yes I went there.

I might have tried this one? Or maybe it was the Frank’s Sriracha? Either way I’m doubting it’s as good as the original, and while we’re at it, I’m probably a little less of a lion on sriracha than others. I mean, it’s plenty kick, but sometimes it tastes like way too much either onion, or garlic, or onion and garlic. Not sure what exactly it is but it becomes overbearing at times, so I normally throw sriracha in with something else if I’m using it.

The newest one, and another that I have not gotten my mitts on. Because it might only be available online. But it’s for people like me, and if they say it’s nearly 20 times hotter than the Original Red, and that’s approximately 5,000 Scoville units, then it’s a perfectly cromulent 100,000 Scovilles! That’s actually pretty spicy! By my standards!

And apparently there’s also a raspberry chipotle sauce, but I’m not gonna check that one. Hard pass there. Dessert hot sauce maybe? Drizzle it on your tarts? (No, I said tarts.)

Can I rank them? Well, I guess of the ones I know I have I’d go with some of the more “specialist” sauces over the Original Red, because I like the right tool for the right job when it comes to my hot sauces. Sure, I’ve got my favorites and standards (Buffalo sauces for burgers mostly, the right flavor for tacos, other sauces depending on what I’m in the mood for or if whatever I’m eating is marinaded with something else, the last lingering dregs of Blair’s Ultra Death for the rest because at this point it’s like the never-ending hot sauce until I just finished it last night). Maybe I’ve gotten older, or more sophisticated, or some third thing. Regardless, doesn’t mean I’m not gonna grab/ask the server for some Tabasco to put on my pub burger. Some of that, combined with ketchup and pickle, remains good eatin’.

Senor Weaselo will be heading back to the Expo on the 22nd unless someone calls for a gig. Granted, it’ll be a little later than usual because his Sunday teaching workload’s increased, but you gotta do what you gotta do.

Senor Weaselo
Senor Weaselo plays the violin. He tucks it right under his chin. When he isn't doing that, he enjoys watching his teams (Yankees, Jets, Knicks, and Rangers), trying to ingest enough capsaicin to make himself breathe fire (it hasn't happened yet), and scheming to acquire the Bryant Park zamboni.
Subscribe
Please login to comment
17 Comments
Inline Feedbacks
View all comments

I lost it on “or some third thing”.

On the one hand, you’ve only actually tried about half of these, calling into question your commitment and qualifications. On the other, you not only reminded me to order more Sweet & Spicy (which is, I assume, a better version of the shit Mulan was peddling because it goes on friggin’ everything), but you also informed me of two new flavors to try as well.

On the other other hand…

For a future feature, try some “Thai and True Sarachee Sauce”
http://www.thaiandtrue.com/Sarachee-Hot-Sauce_p_18.html

The idea of someone putting tabasco sauce on Mexican food fills me with rage.

Fortunately, no one has mentioned putting tabasco on Mexican food.

The idea of you filling with rage makes me want Mexican food topped with Tabasco sauce.

Can I put Mexican food on your rage to fill you with Tabasco sauce? Or… Mexican rage? 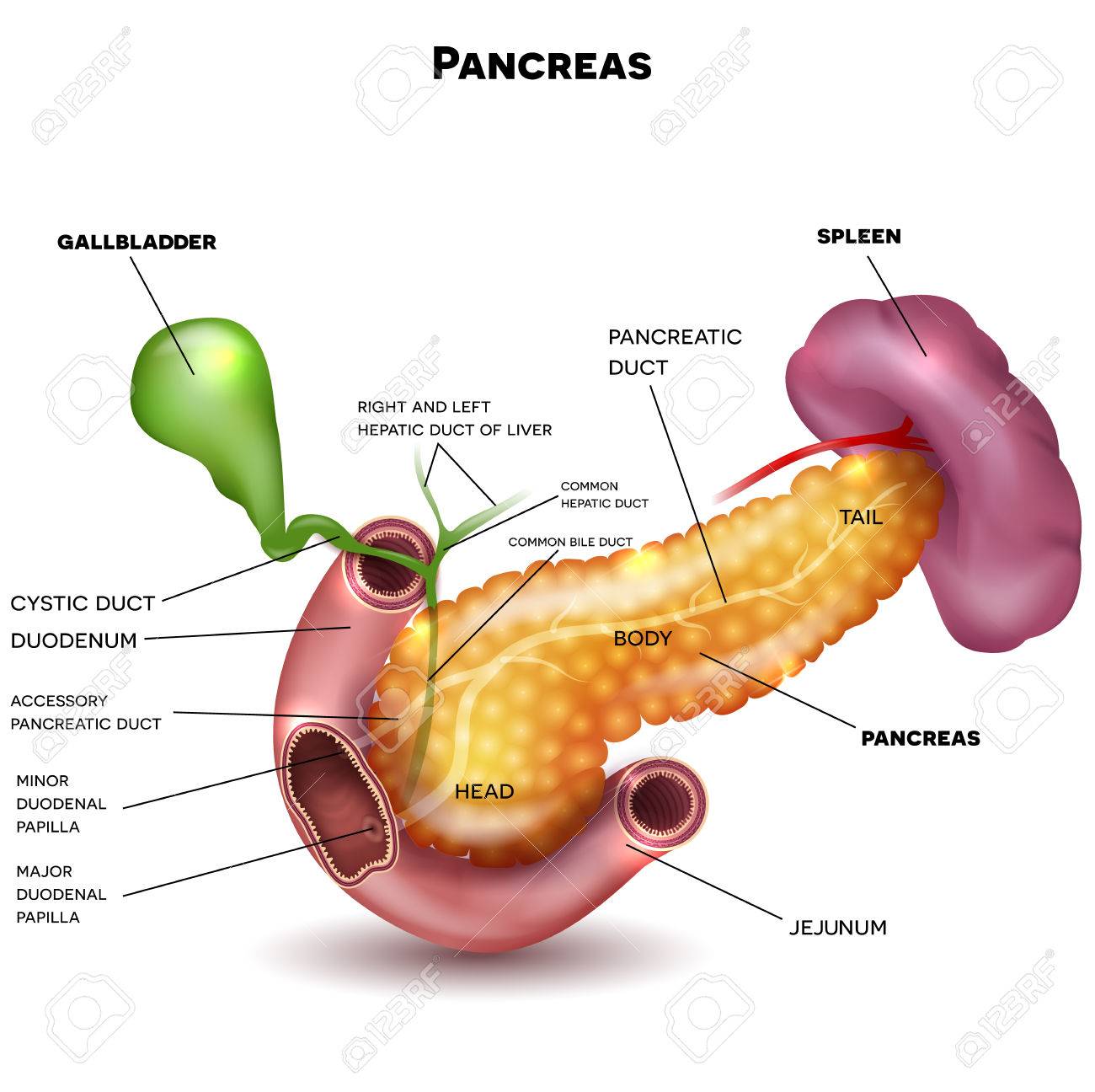 I’m planting peppers this week, fwiw. I’ll send you more when they come in.

I planted peppers this year too. I went with seedlings cause I have never, in my life, been able to get a jalapeno (or any other pepper) seed to germinate.

As far as the red goes I like Red Rooster a little better. One thing’s for certain whatever brand of sauce, this stuff was invented for fried chicken.

Fun fact: if you head directly south from New Orleans, you will cross the Gulf of Mexico and land in the Mexican state of Tabasco.

What percentage of the group actually would return from Mexico? 20%? Less?

From my lessons on GAMBLOR, and knowing all y’all, I’ll take the under.

Well, the ones that are ransomable will be easy pickings. I say the 20% is a good solid number.

Funny story about that. Back in ’61 I commanded a team of explosives experts charged with prepping the beach for the Bay of Pigs Invasion. We were part of the lesser known Brigade 2507, a force of professional mercenaries and adventurers with a headquarters deep in the bayou. We set out from New Orleans late the night before the invasion, but due to a miscommunication we went due south and landed in the Mexican state of Yucatan (not Tabasco) and, although we blew up some fishing boats and a small pier, we soon realized we were not only in the wrong place but the wrong country. So we spent three days on the beach there mostly eating bananas and getting high. The natives were pretty friendly considering we blew up their boats, but we had a lot of American cash so that soothed things out. After three days we sailed back to New Orleans and made up a story about how we escaped from Castro and the Revolutionary Army. Nobody ever believes me when I tell this story.