Alright, alright! So how is everyone doing today? My name Sil—bastian….Sebastian Blax and I am here today to continue [DFO]’s preview of all 32 NFL teams! Its early on in the series but we’re off to a great start here including our annual treat of Fozz/BAL hate,, honest assessments about the Bengals, Giants, and Lions, and hits from the old guard including Green Bay and Pittsburgh.

But Week 3 of previews, man…Now that we’ve seen a couple preseason games. Now that we’ve all got that first rush of what-is-a-catch dopamine. Now that the ‘Anthem Controversy’ is back to draw attention away from our annual Nazi rallies. Now that Jacksonville has enjoyed an odd week and busted out the new helmets. Now that Marshawn has dismissed a question from the media. Now — NOW — is when things start getting really damn good around these previews.

Oh, The Cardinals. This is the day we had sold to the devil for the hope that existed through the final two years of the Bruce Arians era. Now just put me on the record right now — I think Arians did more for this franchise in the last 20 years than any other coach. Yeah yeah, Whisenhunt nearly won the big one but a lot of credit for that goes to Kurt Warner (though I give Warner less credit than most fans around here — but that’s for another day). But Arians, ignoring his last two seasons, was a man on a mission. He came in ready to build the team now that he had his chance and he had a strong run. The 2015 season, cut short at the Low IQ run of the Carolina Panthers, was great and Arizona was arguably the best — not the hottest, but the best — team in the nation for much of the season. The plan was for this team to win the big one, send off Carson Palmer, BA, and likely Larry Fitzgerald, and then go into another 45 year rebuild.

But instead, Cam Newton crushed Arizona and the old gang agreed to tweak the roster to win now. They did this with missed long-shot draft picks (1st round headcase Robert Nkemdiche; undersized linebackers in a failed search for Deon Buchanan 2; and the hugest waste of the century — Brandon Williams as the opposite CB of Patrick Petersen based on his physicals alone when any competent veteran would work.), insufficient roster moves; and some piss poor development (specifically on special teams where the staff was not turned over, even after finishing in the basement every year and losing games because of special teams failures).

So what is in store for your 2018 Birdcano? Well, let’s just say this is exactly your father’s Cardinals team. Yeah, they’ve got talent. Larry Fitzgerald is back. David Johnson is returning from a basically non-existent 2017 campaign. Patrick Peterson should still be arguably the best cornerback in the league. But everywhere else? Well, set aside the “Sam Bradford is great….when he’s healthy,” and “Josh Rosen looks like the real NFL deal if he can get a little development behind him,” statements and what do you got?

Sure, new head coach, Steve Wilks, is trying out the castoffs that were not good enough to have long-term deals with Carolina locked up by now. And, as always, Arizona has some guys that “just might surprise you”. Now, I’m not actually following along this closely to know or caring enough to bother researching, but this is the storyline every rebuilding team has. And Arizona, as shitty as they have been the last two years, is actually finally in a true rebuild.

This, I think, would be the appropriate time to make the Steve Keim DUI joke. But instead, I’ll use this spot for a warning — do not fucking drink and drive in Arizona. Anywhere. DUIs are how Arizona comes off tough on [non white collar] crime. I know, I know — everyone says, “Oh, our cops are REALLY about DUIs,” just as everyone says, “Oh yeah, that shitty part of our town is the meth capital of the U.S.” Look, I’m not gonna argue with you. I don’t really give a shit if you have a couple beers and get home safely. I’m just letting you know that, even in racist-ass Arizona, rich white guys get DUIs.

So back to the Cardinals. Right. Well, look, if you’re one of the teams slated to take on Arizona this year (again, not gonna bother researching), just mark this as a “don’t beat yourself” game.  That’s the bottom line. Arizona’s lack of a #2 corner means making sure your QB has the arm strength to throw to his right 25 times a game. If your team has an average defensive line or better, get a spy on David Johnson and send everyone else on every single down. You will lose to Arizona only with careless turnovers, untimely (and likely unnecessary) penalties, and special teams breakdowns…

…so at least the Cardinals will win their Week 12 game at the Chargers.

Arizona isn’t a phone-it-in 0-16 squad but no one should have to go very deep into the playbook to  manage a two-score lead entering the 4th quarter of these games. So, sadly, I expect their games to be generally unwatchable after the first half. On a cursory review of their schedule (yeah, I went ahead and looked but I ain’t editing this piece), I’d give them four wins. Maybe I’m right, maybe I’m wrong, but we all know it doesn’t matter anyways.

For more on this franchise, you can check out some other posts that I put a little more effort into here, and here; as well as [DFO]’s introduction to Josh Rosen on last year’s NFL Holiday Stories here.

blaxabbath
I sat on a jury years ago, 2nd degree attempted murder case. One day the defendant wore sneakers with his suit to court. It was that day I knew he was guilty.
Please Login to comment
10
5
0
10

Is it Really a ‘Bye’ if You Haven’t Shown Up All Season? : Your 2018 Arizona Cardinals Bye Week Update – [DOOR FLIES OPEN]

I saw the header posted on Facebook and it caught my eye, because my son is named Sebastian Black. Anyway. HTFYDB? 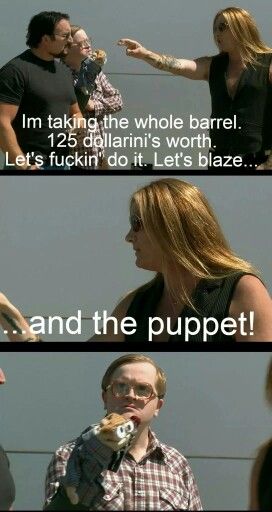 I got let off for a DUI 2 years ago as my mother was in the car. We left the Coyotes game and got pulled over for a broken tail light. She was so nervous she just kept talking as he ran my Canadian plates. He told me to get it fixed and have a nice day. She had made it look like I was taking care of my Chardonnay drunk mother.

I think that maybe Jay Cutler should join up with Colin Kaepernick for a class action suit, because that “Protect the Nest” slogan sounds a bit prejudicial to me.

You will lose to Arizona only with careless turnovers, untimely (and likely unnecessary) penalties, and special teams breakdowns…

…so at least the Cardinals will win their Week 12 game at the Chargers.

I hope we really bonded over that one.

a “don’t beat yourself” game

What are “things said by a 13 year old LemonJello while walking back from the mailbox with the latest SI Swimsuit Issue in his hands?”

Sam Bradford putting the cardinal pin on his lapel.

Come on, you’re telling me any other quarterback alive (other than the one he was playing against) could have put together a day like this?

About the same amount of effort as most Arizonans put into life, but with only a small fraction of the racism.

So like ASU is to Education, is what you’re saying.

I’m a libtard for saying Flake needs to do more than give speeches.

Half informed hot take prediction: Sam Bradford gets injured sometime before the end of the fourth game (could be game 1, could be game 4, but it’s coming) Josh Rosen comes in, does adequate, and gets stabbed to death by his teammates by week 11. In the mean time he will say some shit that half the fans call woke as hell, and the other half completely unAmerican, but everybody will agree that he looks like a fucking asshole.
Josh Rosen is survived by his parents, legions of UCLA fans, and more NPR podcasts than you can imagine.