Senor Weaselo plays the violin. He tucks it right under his chin. When he isn’t doing that, he enjoys watching his teams (Yankees, Jets, Knicks, and Rangers), trying to ingest enough capsaicin to make himself breathe fire (it hasn’t happened yet), and scheming to acquire the Bryant Park zamboni.

It’s that time of year, where leaves fall on the ground, a once-in-a-generation hurricane hits somewhere (this time Hawaii!), and you briefly think “Hey, maybe the Jets’ll suck less than expected!”

And sure, maybe they will! There are quarterbacks who aren’t Josh McCown, so that’s something. Not that McCown’s had a bad couple years, but he is 39 and his ceiling was never exactly sky-high, he’s always been cromulent.

The big fancy wunderkind is Sam Darnold, the quarterback the Jets unsuccessfully tried to Suck For, so they had to trade up with the Fightin’ Irsays to get to the 3rd overall pick, swapping 1sts (the Jets had the 6th pick) and giving up three 2nds. But the thought of a quarterback of the future was too good to pass up, considering the current Rushmore of Jets QBs are a guy who threw more incompletions than completions (but guaranteed the most pivotal win in NFL history and delivered), the pride of Elmont, Vinny Testaverde, Chad Pennington (who Padre Weaselo confirms is a nice guy as they rehabbed their respective shoulders), and Ken O’Brien, best known for being drafted three picks before some guy named Marino.

Mark Sanchez has the second-highest winning percentage among Jets QBs. That should be enough right there. And speaking of Mark Sanchez jokes, McCown should be glad that it’s Darnold who’s the drafted rookie QB out of USC this time around, as McCown’s eldest daughter is less than a year younger than the rook. But the quarterbacks have certainly gotten along and are clearly on the same page.

So that’s the annual big splashy Jets move. Other things have happened too, like also signing Teddy Bridgewater as a low-risk insurance policy/future trade chip if his knee stays healthy, which it did, and then they traded him to the Saints right before the team bus started driving. And signing Terrelle Pryor as added WR depth to Quincy Enunwa (coming off neck injury), Robby Anderson (possible suspensions for DUI), Jermaine Kearse, and ArDarius Stewart. So they’ll have the semblance of a receiver corps this year, after having who the fuck knew last year. But none of those guys are true number 1 wideouts, instead being 2s and 3s. Maybe Enunwa has potential, as he showed at times two years ago, but it will take time to get back to full strength, being a neck injury in a game where the head and neck takes such a brunt.

But Matt Forté is gone, so there’s some running back depth missing. Bilal Powell will most likely get the bulk of the carries, with Isaiah Crowell and Thomas Rawls picking up the rest of the load. Powell will be 30 in October though, so if you’re wondering from a fantasy standpoint, I would not go that route. The Jets still don’t have a reliable pass-catching tight end, having Eric Tomlinson, and if you’re asking who that guy is, well, good question! He had 8 receptions on 11 targets last year, after zero his rookie year. So whoever’s throwing the ball, it’s not like they’ve got a cornucopia of options. Add that to a team that gave up 47 sacks last year, tied for 7th-most, meaning the O-line wasn’t exactly amazing, and things have the potential to get hairy for whoever’s behind center, as it’s not like they got massively better there.

Meanwhile on defense, Muhammad Wilkerson is gone, and that means over the course of three years the Sons of Anarchy (Wilkerson, Sheldon Richardson, and Damon “Snacks” Harrison) have all left, gone to the winds like Jax Teller after getting splattered by that truck. (It was 3 1/2 years ago and the previews for the spin-off mentioned it, it’s not spoilers anymore, and if it is, well, Snape kills Dumbledore but it was at Dumbledore’s request so he was actually on the good side, Vader’s Luke’s and Leia’s father, Rosebud’s the sled, Fredo was the one who betrayed Michael to Hyman Roth, the titular village is actually in the present, need I go on?) The D-line still has Leonard Williams and Steve McClendon, but it doesn’t have the ferocity of the Jets D-lines of the last decade or so. The Jets had 28 sacks last year, 28th in the league. ILB Darron Lee will more than likely have his first 100-tackle season now that Demario Davis is gone again, and he’ll need to certainly step up this year.

In the secondary, New Jack City

has added Trumaine Johnson from RAMMIT, which means Buster Skrine can go back to covering slot receivers and maybe not lead the NFL in pass interference penalties this year (he had 11 last season, plus 2 that were declined), so instead Morris Claibourne can try to lead this year (he had 7). And Jamal Adams’ll finally get a pick this year, right? Not that he had a bad rookie campaign, with 83 tackles and 6 PDs, it was more surprising than anything else. The Jets were in the bottom half in both interceptions and forced fumbles, numbers that I assume will get a boost this year just based on the bounce of the ball, right? Maybe?

Either way, against all odds the Jets won games last year, finishing 5-11, or 4-11 plus that abortion of a game against the Browns, an event that made Sam Rosen exclaim “Oh, the misery continues!” The biggest wins in hindsight were a 23-20 win over the (Even Week) Jaguras and a 38-31 win over the Chiefs. Last year they got the AFC West and the NFC South, going 1-7 in that rotation, so this year getting the AFC South and NFC North might actually net them a win there. As far as primetime games, they get the Monday Night opener in Detroit against the Fuck Lions, a Thursday Night atrocity in Cleveland Week 3, and a Thursday Saturday Night game (or however they’re marketing it) home against the 500s Week 15. Looking at the full sched, I’m gonna say… 5-11 again sounds reasonable, whether it’s McCown or Darnold or whoever. Now it’s just building the other parts of the team and all for next year.

They close the season home against Green Bay and then at N*w Engl*nd, and that’s gonna get into my final point. This seems like the part in the Sisyphus/Prometheus cycle I’ve mentioned where the boulder’s going to be pushed back up the hill. Last year was a chase the boulder as it rolled back down the hill Week 17 of 2016 kind of season. Unless Darnold sucks once we get to the regular season (in which case Balls will have called it from last season’s bye week; “The Jets will Jets and trade up for Darnold and he will suck and the Jets will eternally Jets.”), in which case it becomes a Prometheus situation because they swapped 1sts and dealt a 2nd and a 3rd for another quarterback from USC. There is a third situation, however.

That situation is if Darnold (or, hell, Bridgewater but it’s not going to be him) does well and the Jets overachieve for a second season, which would mean this season they’d be hovering around .500 or, gasp, a wild-card?

Well, let’s come up with another comparison. If you’re a Jets fan, you’ve been stuck with middling to mediocre quarterbacks for, well, forever. You’re stuck in the malaise, and the man who’s at least supposed to be your beloved franchise quarterback comes down, makes some throws, and is ready to take you back to the realm of respectability, that light at the end of the tunnel from the murky mediocre underworld, and—

hang on a sec, that’s my phone. Hello?

Hades, the Greek god of the underworld: Please tell me you’re not about to make an Orpheus joke.

Senor: Uh, noooooo… can you gimme a sec?

So you’re finally being led out, to freedom. You can feel the beams of pride of joining the quarterbacks you trust.

But this is still the Jets we’re talking about. So the trust isn’t totally there. So you call out, to have them look and have that final bit of trust, and they look back, and you see the face, and it’s face of reality, and in your naivete and your idiocy, you, Eurydice, are doomed to stay in the underworld forevermore.

Hades: Oh my gods, that might have been even worse. Anyway, I’ll call you back to confirm it, but poker night tomorrow? You, me, Sephy, and whoever else ends up being available. I know your summer season’s over now, so you can actually make it.

Anyway, all these possibilities are equally likely, and by the way, just because one happens this year doesn’t mean any and all worse options don’t happen in the future! This is the Jets we’re talking about, after all, and… hang on. Yes?

Hades: By the way, wasn’t that stretching it a bit?

Senor: Yeah, but the lady in the bathtub from The Shining isn’t Greek mythology. That’s probably the more apt comparison.

Senor Weaselo
Senor Weaselo plays the violin. He tucks it right under his chin. When he isn't doing that, he enjoys watching his teams (Yankees, Jets, Knicks, and Rangers), trying to ingest enough capsaicin to make himself breathe fire (it hasn't happened yet), and scheming to acquire the Bryant Park zamboni.
Please Login to comment
10
15
0
8

[…] Senor in the Underworld post. It was going to be a sit-in on the poker night that Hades referred to last time, with Hades, Persephone, Senor, and maybe a couple of others, maybe the redhead with the axe […]

I squint, and I could really see 7-9. Even with the…special QB. It feels like that kind of year. Even #ThePauls could stumble ass backwards into 5 or 6, with their defense.

The Jets are going to get almost as little sympathy from me as the Giants. Fuck em.

Not that I’m a fan, pretty neutral, I just wish this division would man the fuck up, get better and beat the fucking P*triots.

If you are anti-New York teams I can support that.

It’s a Jet and a Met

What is a vortex of failure? I’ll take Potent Potables for $600. 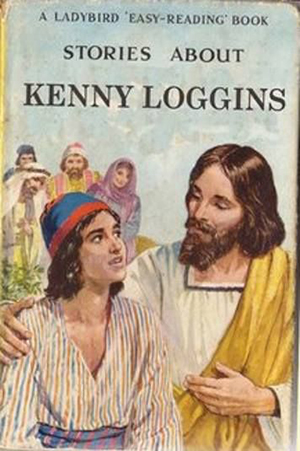 GIFing the Jets is just piling on.

It’s like GIFing Cleveland, not quite as bad, but still.

I’m good with your prediction, but 6-10 seems to be the ceiling.

One of the things I like best about Darnold is that he gives me a reason to talk to my brother other than to rant at him for voting for a certain politician, and continuing to cling to the idea that “I don’t like him personally, but I support his policies” which is actually worse.

I admire your restraint for not going all Cain & Able.

Also, Darnold in New York will be like a 2018 version of Home Alone.

You are really optimistic if you think this team is capable of 6-10, but I do LOVE your Greek mythology interactions. You should do a recurring post during the season where you watch the games with the Gods and gauge their reaction at your team’s shitty play.

The Jets are essentially a Greek Tragedy.