PRODUCER: That’s right.  They said it was going to be a special treat, though.

PRODUCER: Don’t get me wrong, Tombstone’s great, but I don’t think he’s got enough star power to get them to play coy like that.  They’d just tell me it was going to be Tombstone.

PRODUCER: I doubt it.

PRODUCER: I’m telling you, it’s not going to be a robot.

PRODUCER: What did I just say?

RECEPTIONIST: [via intercom] Your guest is here. Oh wow.

PRODUCER: Send him through, I guess.

OBAMA: [smiles, clearly this is not the first time this has happened] I apologize for cutting things so close, I’m sure you’re familiar with the Obamapocalypse of traffic that happens when word gets out that I’m coming to Los Angeles.  I’ll head right on in and we can get started with my conversation with the American people?

FORMER PRESIDENT BARACK OBAMA steps into the recording booth and expertly gets himself set up.  Once he’s settled he gives the PRODUCER a thumbs-up.  The PRODUCER counts down from five, and they go straight to air.

PRODUCER: [recapturing his professionalism] Good day, and welcome to the 2018’s final installment of Request Line.  I am incredibly honored to welcome to the studio the former President of the United States of America, Mr. Barack Obama.

OBAMA: Thanks very much, it’s a pleasure to be here.

PRODUCER: Now I noticed when you were setting up in the booth you seemed very comfortable, I suppose you’ve done many more than your fair share of radio interviews.

OBAMA: That’s right, this is not my first rodeo.

PRODUCER: Speaking of Rodeo, it was recently announced that Rodeo Road, which connects the neighborhood of Crenshaw to Culver City will be renamed in your honor.

OBAMA: That’s right, they wouldn’t let me have Rodeo Drive, so Rodeo Road is what I got.  [laughs lightly] But seriously, I was headed to Arizona for my friend John McCain’s funeral so I thought I’d drop by and see what I’m getting.

PRODUCER: We were very sorry to hear of John’s passing.

OBAMA: He was one of the finest Americans this country has ever known.  Many American disagreed with his politics, but you’ll have a hard time finding a reasonable person who would slander his patriotism or his honor.

PRODUCER: I understand you and John were both football fans.

OBAMA: That’s right.  As you know I’m steadfastly loyal to my Chicago teams and John fell in love with the local teams when he settled in Arizona. John and I had a bet over which of our teams – his Cardinals or my Bears – would be the next to win a Super Bowl; it saddens me that I’ll never get to collect that batch of homemade spice rub he put on the line.

PRODUCER: Did you really think you either one of you was ever going to collect on that bet?

OBAMA: [chuckles] I can’t say I was holding my breath.  But that brings me to why I’m here.  I’m here to talk to your listeners about the future of this country. There’s a sense that the values we hold dear are being chipped away, that everyone is cheating the system, and getting away with it, and if you’re not doing the same then you’re the world’s biggest sucker.  But I don’t think that’s true.  And I don’t want Americans to feel like plunging into the depths of cynicism is the only way they can survive in these troubling times.  I’m here to remind them there’s another feeling they can embrace, and it’s called hope.

OBAMA: As you know, the preseason is over, and the regular season is just around the corner.  For me, just like for many other football fans throughout this nation, this is the time when our sense of hope is at its absolute peak.  Certainly, once the first week of games is in the books I’ll have to face the fact that my Bears are going to be dogshit yet again, but right now, this week, I can still feel hope.  Every American can.  And I want to encourage Americans to take this feeling, and revel in it, and remember it, and let it blossom.  So my theme for this week’s Request Line is “Songs That Make You Feel Hope”.  I realize that might come off as kind of abstract, and that’s fine.  It’s a personal topic – many different things give different Americans hope.   I’ll get us started with a request from one of the station’s owners, which he says is a reminder that it’s okay to feel good about things.  Specifically, it’s okay to feel good about a tiny man that lives in the refrigerator and shills for dairy products.  It doesn’t make sense to me, but it makes sense to him, and it makes him feel hope, and that’s what matters.  So give me a call – no death threats please, that’s a federal crime – and let me know what you’d like to hear, what songs give you hope.  Lines are open now.

Editor’s Note: All right folks, you know the drill.  It’s been a wonderful offseason, and I’m grateful to everyone who participated.  I can’t wait for the games to begin.

Can’t believe I almost overlooked this one.
Sorry Chris…

I would be remiss.

Works for me. The hopeful bit starts at 6:41, and the ending.

“He’s gonna make it all better…” 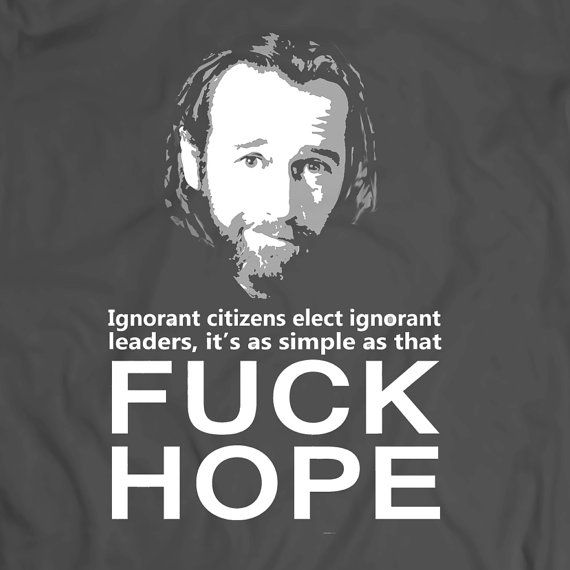 The Police — Every Little Thing She Does Is Magic

Of all his songs, this one’s my favorite.

Don’t deny that this is a Happy song

tWBS already posted some Carole King, but I think this one works, too:

I used to be able to play the fuck out of this song before my arm got fucked up.

Triplets really fucking hurt these days, is my point.

If the lyrics were more positive I’d go with I’m the only one for the triple shot. That song rocks.

Don’t tell me what to do

(cause the singer’s name is Hope, see)

This song is about getting somebody to get their lazy ass off of the couch and out in public. The very definition of hope.