I’m in Florida this week visiting a friend.  And aside from the reason I’m here, which is the aforementioned friend, which admittedly has been very nice and a lot fun…

Well, that part aside…

Simply stated, Florida is a shithole.

Full disclosure, I hadn’t been in the State of Florida since New Year’s Day, 1994.  That was for a bowl game in Tampa between my NC State Wolfpack and the Michigan Wolverines.  And they beat the living hell out of us that day.  So maybe I’m a little biased?

Now when I left North Carolina very early last Sunday morning to begin my drive down here, it was 28 degrees.  No shit.  I was freezing my wrinkled white ass off.  It’s not supposed to be that cold this soon in North Carolina.  That’s January and February type stuff.

So I thought… anything is better than this.  Can’t wait to get to some warmth and sunshine.

When I arrived here in the late afternoon/early evening last Sunday and stepped out of Dave to head into the hotel to check in, I was sweating my ass off before I even got to the front desk.

Some of you will recall that I don’t mind heat, but I hate humidity.  And I don’t mind perspiring if there’s a reason for it.  Sports/exercise, yard work, general exertion (yes that in fact IS a euphemism), etc.  But if I can’t walk the 50 yards from Dave to the front desk without breaking out in a sweat?  That’s bullshit.

I waited all summer for the humidity in North Carolina to break.  Then what did I do?  I drove 12 hours just to get right back into it.  I might be mentally challenged.  The jury is still out.  Well, they’re trying to convince the last guy.  It’s currently 11-1 in favor.

But the reasons for the trip are valid.  My friend and I are having a very nice time, even if we are giggling like teenagers most of the time.  Tonight we’re going to an outdoor blues festival.  It should be fun and I’m looking forward to it.

That being said, I’m going to maybe wear a bandana and bring an extra towel to mop up my copious sweat.

Sports To Make You Sweat 2Nite

But if you follow my betting advice, you’re dumber than I am.

One thing Florida does have is beaches.  So it’s not all terrible.  So in honor of that, I’m going back to one of my old standbys.

It’s Beaches and Bikinis tonight part….ummmm….well shit, I don’t remember how many times I’ve done this one.  Pretty much every time I’ve gone to the beach in NC, or every time I’ve visited California.  That’s a lot I guess.  Hmmmmm….I’m not in the mood to do math tonight.

So let’s just round down and call it….

Beaches and Bikinis Part VII (I think that might actually be correct, but I’m ballparking here).

Oooof.  That’s almost enough to make it actually worth the heat and humidity.

No, like seriously.  They’ve REALLY got alligators here!!!!  I’ve kept my shoes on the whole time just in case I gotta outrun one.

So far it hasn’t happened, but I’m staying ready.  Those bastards are sneaky.

OK, maybe “sneaky” is the wrong word.  But they’re bold and will eat you if you let ’em.  Fuck that.

tWBS is ready to run at a moment’s notice, no shit.

Awwww, but look how cute they are.  Let’s go pet ’em and see if…

OK folks, that’s all I got this week.

If I don’t get eaten by some sort of wildlife before I leave Florida, I’ll see ya next week.

(and they never heard from tWBS again)

theeWeeBabySeamus
An unapologetic, even if often manic-depressive (it's a requirement given his choices of sports teams), fan of NC State University, the Baltimore Ravens and the Baltimore Orioles. When not parked in front of the computer and/or TV, can often be found on the golf course shouting obscenities to no one in particular.
Please Login to comment
74
86
0
20

[…] I will say this though…  Once I got to this end, my arrival at the Sarasota-Bradenton Airport went quite well.  They had my bag on the little conveyor thingy before I even got to it.  I don’t remember that ever happening anywhere before.  And my rental car was ready and gassed up.  And though this isn’t anything to do with the airport of course, my hotel even let me check in 3.5 hours early.  So sincere kudos to everyone here in Florida I’ve dealt with.  I really do mean that.  Maybe Florida doesn’t suck quite as much as I accused them of recently. […] 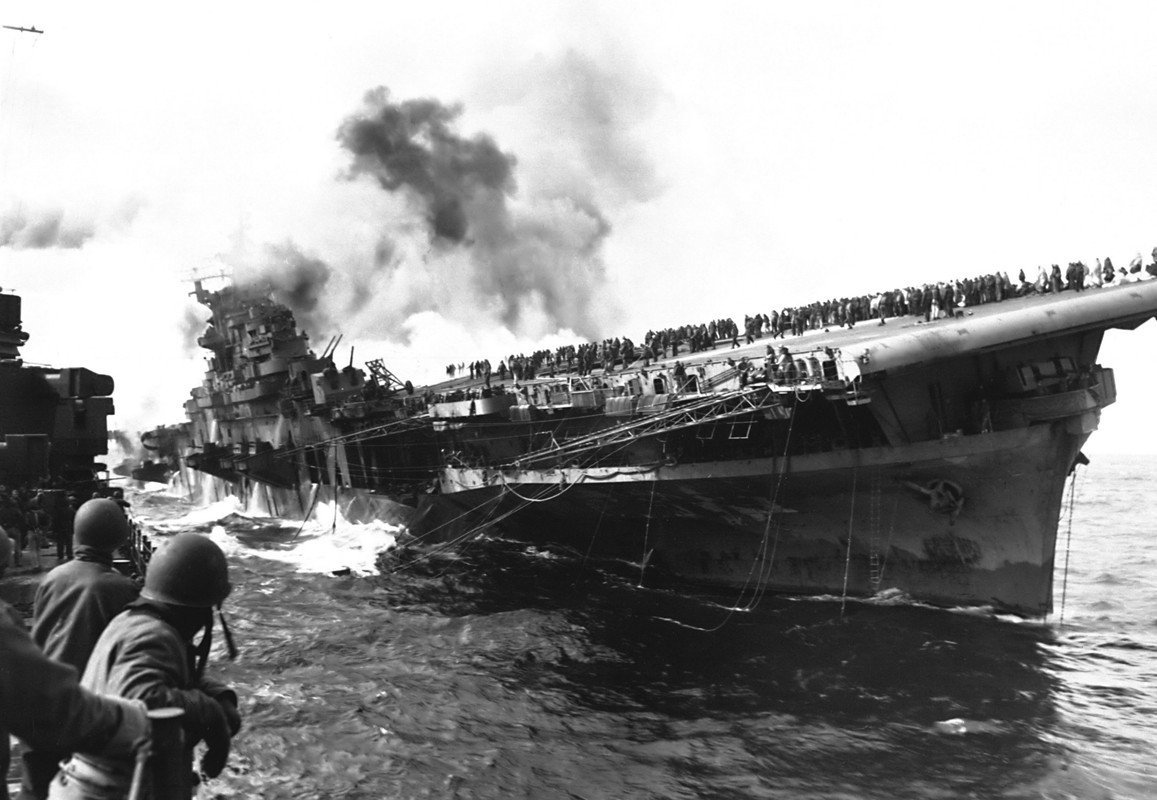 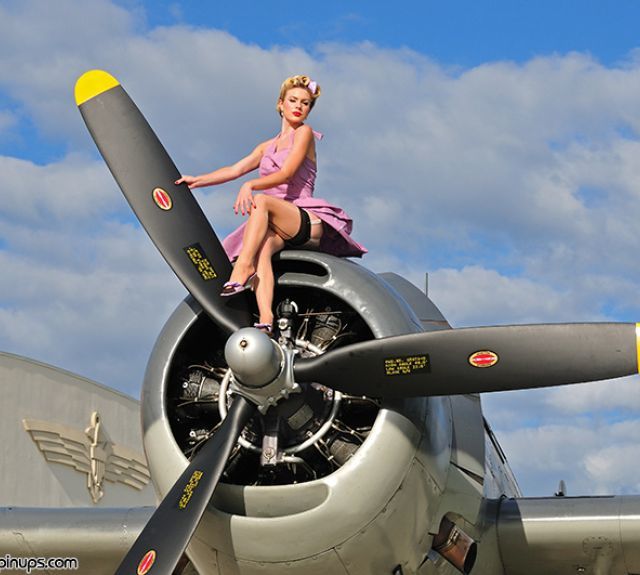 We’re going to Siesta Key tomorrow.
Anyone have any experience of fun things to do there?

We’re going to a place called CineBistro early. Full service restaurant and bar type movie theatre.
After that, the afternoon and evening is open. I’m open to suggestions if anyone has experience there.

Ask a local cop “Hey where can I get some blow around here?” 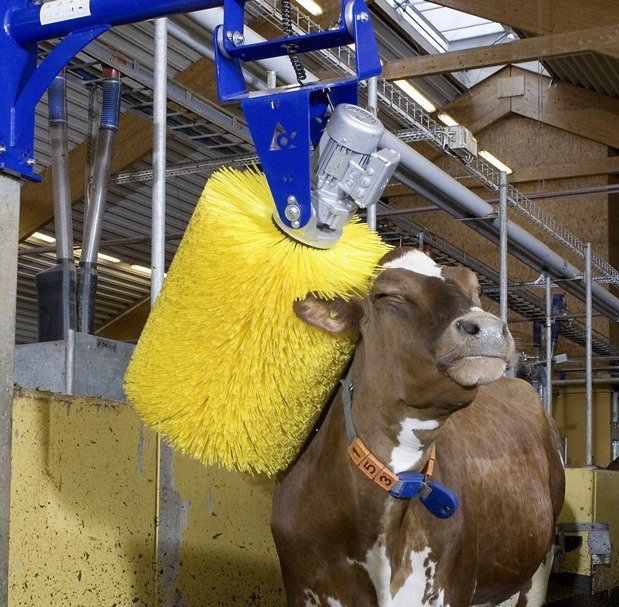 This brush cleans the neck area just prior to cutting the head off. The cows seem to enjoy it.

Not sure what part of Florida you are in, but you should see manatees if you can.
I don’t care much about animals unless I can eat them, or they dogs, but those are some cool motherfuckers.

Also, they have this
https://weekiwachee.com

Fake mermaids and real ones. You decide which is which.

Go to Gatorland! Or Everglades Holiday Park with the Gator Boys, that’s what Padre Weaselo did last time!

Maybe I should drop off my resume while I’m here. 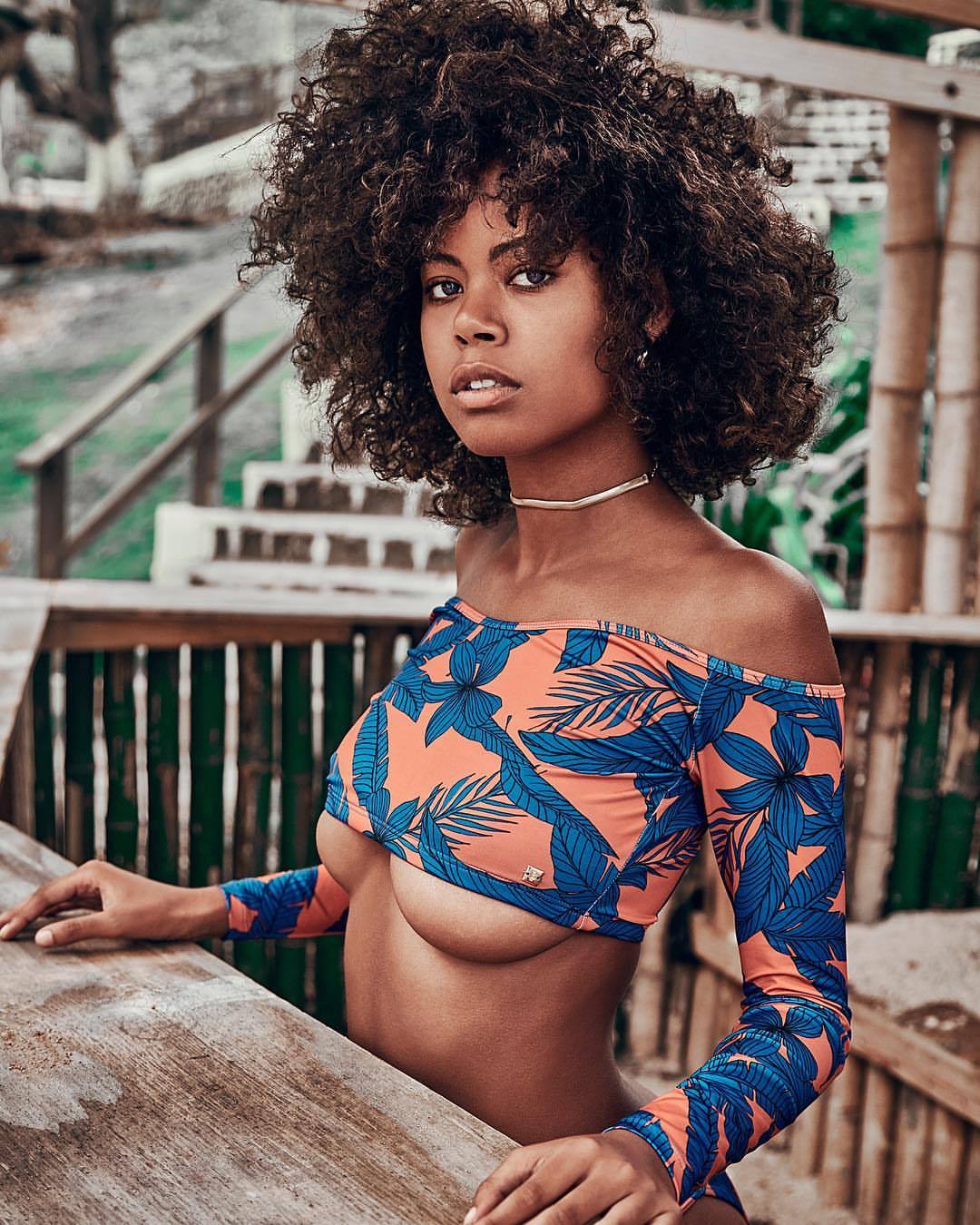 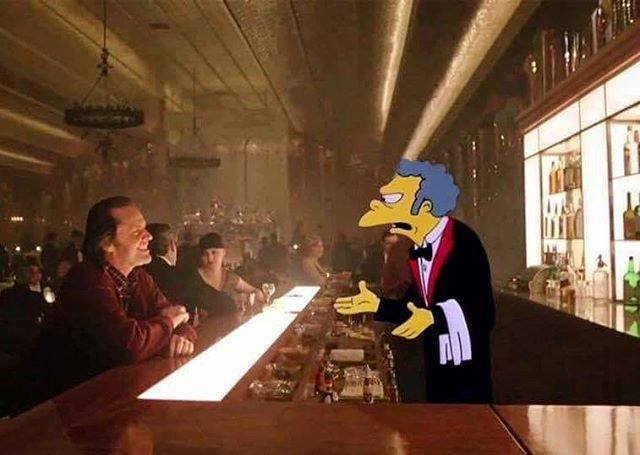 Not sure why people always hate on meth all the time.

Gamblor smites me tonight. Took SMU +9 for $100, they lose by 10.
At least I didn’t add insult to injury by taking their ML. Almost did though. Really thought they’d pull the upset at home.

I didn’t think I could be more attracted, but here we are.

Can I hibernate yet? Apparently in the visual arts building of where I did my undergrad one of the bathrooms has a shrine to… Danny DeVito, which has gone viral. And Danny DeVito just tweeted about it. We know what that means!

What’s the haps folks?
I miss anything tonight worth scrolling back for?

No, don’t look, nothing to see there,….. Just keep moving along.

That makes me nervous not one little bit. No really.
😉 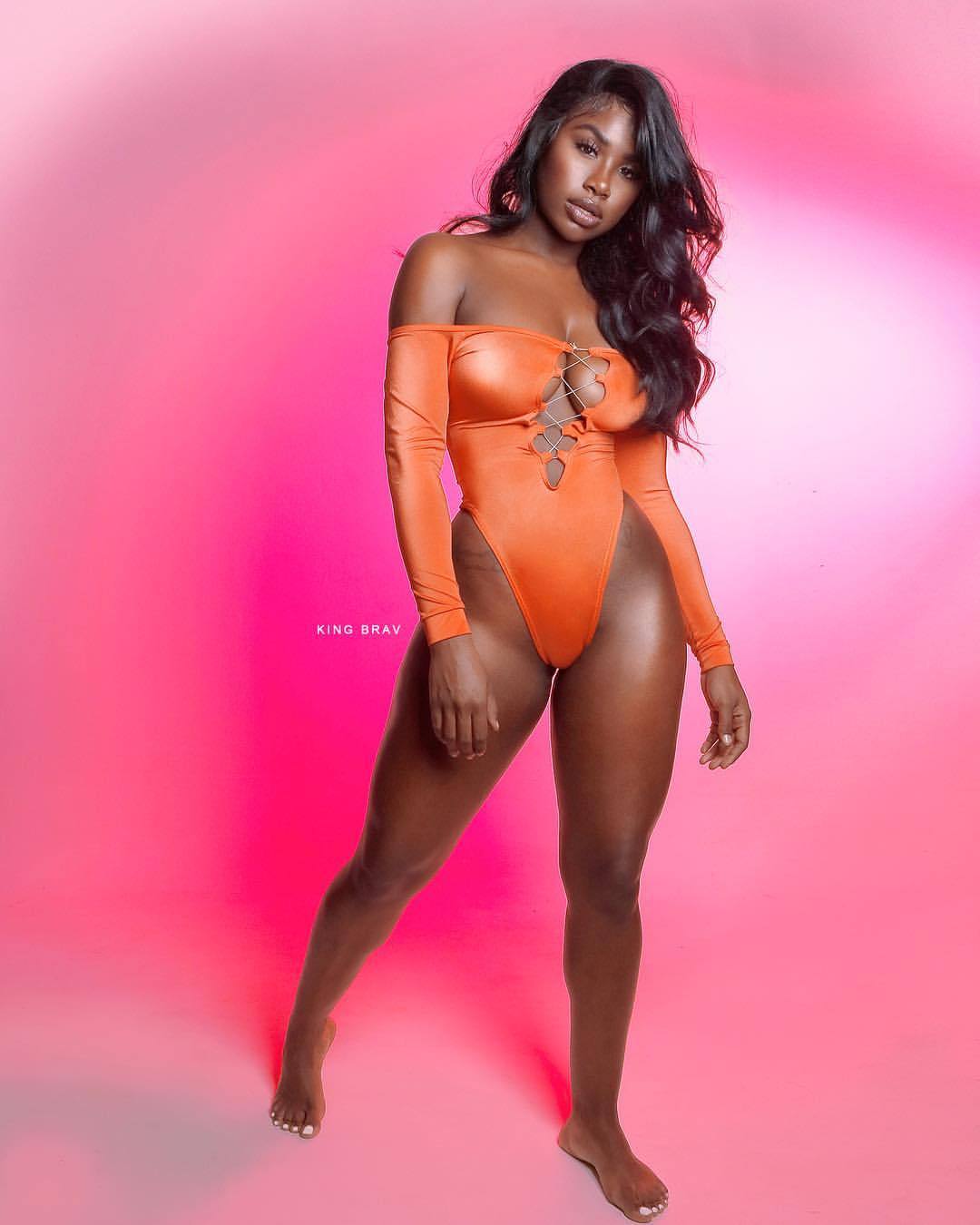 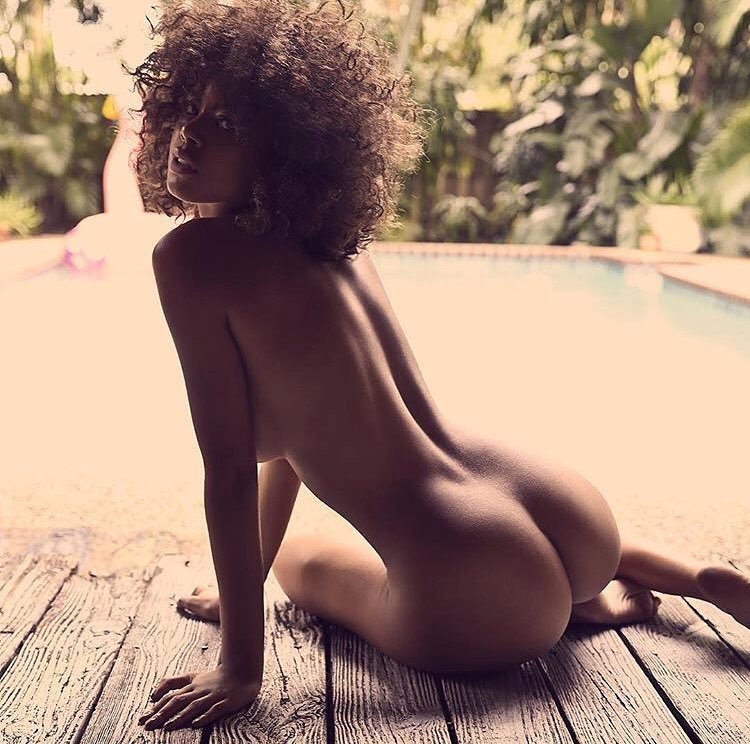 I know everyone creams their pants over the “O fortuna” part of the Carmina Burana, but may I recommend this one for us? Because drinking!

Padre Weaselo, about 21 years ago: “Sing A Alligators.”
Hermana Weaselo, in her terrible twos: “NO SING A ALLIGATORS!”

So that song is embedded in my memory. How’s things, lizard people? 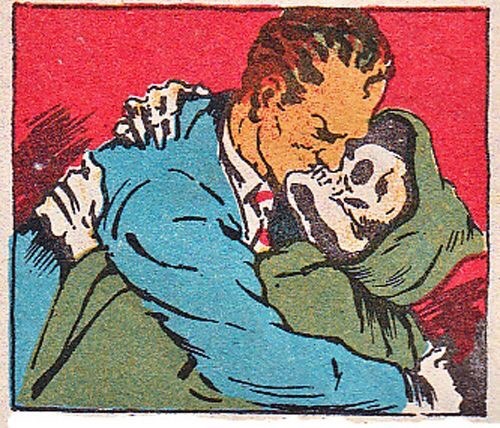