AKA, So I wanna pick a team, which one should I pick?

The AFL season starts this week and some of you haven’t picked a team yet. I can easily understand the difficulties involved in picking a team in a sport you barely understand in a country on the other side of the globe. That’s why we have today’s post.

There are several reasons to pick a team. Here are some of them:

Do you like to go with the crowd? Do you like to watch others make horrible mistakes and learn from them so that you don’t repeat them? Then this chart is for you! Here are the teams that various DFOers have picked as their own:

Alternatively, you may want to pick a team that no one has picked already.

The West Coast Eagles won last year’s Grand Final over the Collingwood Magpies. Here is how all teams finished in the 2019 Home and Away season:

And here is how last year’s finals turned out:

Maybe you like a team that has been around for awhile? Take a look at this:

In that chart, you can clearly see the history of each current AFL club. One thing that is not readily apparent is that the Footscray Football Club is now the Western Bulldogs. However, their history is still shown on their guernseys as you can see the initials F.F.C. on the back:

Maybe you prefer a team that’s actually won premierships over the years? Check this out:

Do you like a jaunty tune with lyrics made to support your favourite team? As with everything, some are better than others. Please click on the link below to access the post I made that has every single team’s Team Song:

Within that same link above, I have links to previous previews where I provided pictures of each team’s mascot. To make life easy for you, I’m putting them all here:

I also suggest going back through my season previews from the previous year as I put in some other fun reasons why you might want to support each club such as famous celebrity fans and some historical data/fun facts.  Those previews for the teams are found in these links:

I’ve been talking quite a bit about how a membership to a club is an easy way to support the team and watch all the games. Here is an easy table to show you what you get for the cost of your membership, in Australian dollars, on top of watching all AFL games through the Watch AFL app:

Here is my team-by-team outlook for each team in reverse order from last year’s finish:

I expect some movement with the race for the last two finals spots coming down to the wire. I don’t think the Demons can maintain their form, so I see them dropping out of the Eight with the Adelaide Crows taking their place.

I also anticipate the 9 through 14 spots to be hotly contested and those teams to be separated by percentage and one win at the most. The Gold Coast Suns will take the Wooden Spoon from the Carlton Blues.

There you have it! Now there is no reason for you not to pick a team. Please pick one and tell us about it in the comments. Also, I apologize if I missed anyone that already has picked a team and didn’t write it in the table above. Please let me know in the comments so I can add you.

Part of the fun each year is to pick the winners each week. You can compete with your fellow commentists by following this link:

and signing up. I will award a prize to the winner as long as there are more than 10 tippers. Sign up today as games start this week!

Here is this week’s schedule (all times Pacific):

See you next week for Week One of the AFL Beat!

Alright, that’s it, I’m officially throwing my fandom behind the West Coast Eagles. I’ve heard Perth compared to San Diego quite a bit in terms of weather and location (same latitude) and the colors are basically the same as the now Heretics, but apparently actually know how to win. How about that? 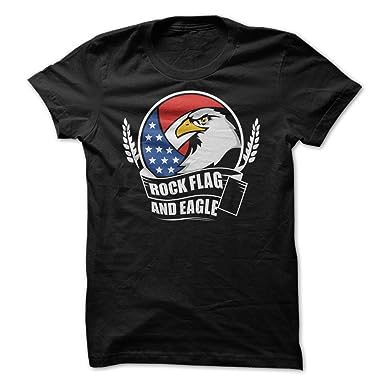 And there are several mascots in this here league rapey-er than Purdue Pete.

“INFIDEL! URSUPER! PAY NO HEED TO THIS PALE SHADOW OF THE ONE, TRUE ELDER GOD!”

HEY! I made my tepid choice to some-what follow the GWS Giants at least a season or two ago…damn left coast bias in play I see.

I’m sorry, man! I couldn’t find the comment/post with that decision. Rectifying now.

The Gold Coast Suns will take the Wooden Spoon from the Carlton Blues.

So Robert Sarver took over the Gold Coast Suns too?

I was going to pick the West Coast Eagles as you get nothing extra with the membership, but see that they did well last year and I’m not allowed to have nice things or win, so not sure now.

And joined the tipping thing again. Look forward to claiming the spoon again.

Ok, I’ll take Western Bulldogs. They have a very good mascot, they apparently suck, and no one else has ’em. That’ll do.

For the undecided, please realize that being a Fremantle fan has exactly the same level of satisfaction as being a Vikings fan.

I joined the tipping thing you degenerates.

I look forward to Lady BFC continuing to think it’s ridiculous that I stay up late or get up early to watch this sport on the other side of the globe.

FIFY:
I look forward to Lady BFC continuing to think it’s ridiculous that I stay up late or get up early to watch this sports on the other side of the globe.