It’s been a little while since we’ve had an update on the construction of the new gargantuan undertaking that will eventually become the stadium for the L.A. Rams. It will also allow the Chargers to sleep in the basement provided it uses only the back door to enter and exit the building.

It’s one of those things that I keep in the back of my mind since I feel I owe it to you dear readers to keep you informed since it’s tangentially related to football. A few weeks ago I was heading home via the northbound 405 freeway and as I took the 105 west transition ramp I noticed a shitton of construction cranes off in the distance and some sort of structure.

“No fucking way” was my original thought. Since the stadium construction site was several miles away.

Yes fucking way was the answer. This goddamn thing is going to be a monster.

If any of you good folks are flying into LAX anytime soon take a gander out of the right side of the aircraft as you are coming in for a landing. Words alone can’t begin to describe the scale of this fucking beast.

So I took a recent random Monday off as I am sometimes prone to do and with DJ Taj at the wheel and yours truly riding shotgun we headed over to our neighboring town of Inglewood!

If you click on that picture you should be able to see the construction site off in the distance. This was around 1:00 in the afternoon on a Monday which helps explain the lack of traffic.

We took the “Prairie Avenue” exit, made a left and headed “Norf” as the local gangsters say. Seriously North Inglewood is just called the “Norf.”

The first thing you notice is that the approach via Prairie to the stadium still looks EXACTLY like it did in the photos from Part 1. There are still mercados, rent-by-the-hour sleazy motels, liquor stores that take EBT and check cashing places.

It’s not until you get to the intersection of Prairie and Century where the construction site starts that you see the very first new business. A goddamn Starbucks.

Anyway, we continued north on Prairie until we got almost to Manchester where we found a a side street the ran along the north side of the site. We located a locked construction gate, pulled over and got the first clean look of the site.

Here’s a shot from the north looking south.

This outside roller coaster looking thing is the surrounding superstructure of the stadium. It’s kind of hard to tell from this angle but the stadium bowl itself is in the center and it does indeed look like the field itself will be lower than ground level. Since our view was limited we headed to another location where we had a better view. You may remember this site from Part 1.

Here’s that same parking lot now. This is just west of Crenshaw near the intersection of Century Blvd.

Look at all the fucking cranes!

I got a little closer and zoomed in for this one.

You loose a little detail since I zoomed the camera in but if you look close you can see the seating bowl and what looks to be the installation of some of the seating.

Then a distant shot of all of the cranes.

Lastly we headed west on Century back to this place.

The Hollywood Park Casino. They’ve built a 5-6 level parking garage that sits adjacent to the casino and on the day we went there was no charge to park. We headed up the parking ramps all the way to the second to the top level and found this vantage point.

That’s what I’m talking about. Cleanest view yet. If you enlarge you can easily see the seating bowl of the stadium and if you look just at the very left edge of the building you can make out a corner of the Forum. I was surprised at how close to the Forum the stadium is going to be. I figured that with all of this massive development they would situate the stadium closer to the center of the project but it’s definitely more to the north.

Another view looking west of the stadium construction just to give you an idea of how much undeveloped land there still is.

Here’s a shot that shows the undeveloped land east of the stadium.

Then here’s a better view of the Forum just behind the stadium.

That really gives you an idea of the stadium’s proximity to the Forum. Just this week it was almost confirmed that the LA Clippers of the NBA would also be building on this massive construction site. There was a bit of resistance from the Inglewood public since the Clippers play a lot more games than the NFL would but it seems like most of the details have been worked out. There was also massive backlash from AEG which owns the Forum since they want to be the only arena event space in the neighborhood but speaking from experience the acoustics fucking SUCK for concerts at the Forum.

Clippers owner Steve Ballmer has assured us the arena deal will get done. When built it sounds like the arena will be closer to this intersection of Prairie and Century.

Right behind that mound of dirt.

Remember the entire project, according to “LASED.com” will include:

That’s a lot of goddamn construction and that’s not even factoring IN the Clippers arena.

I promise to make more frequent trips over to the site as the construction develops since, you know, shit is actually being built.

yeah right
yeah right is a lifelong Vikings fan. And always wanted to be an astronaut. And a cook. So he's cooking for astronauts now.
Please Login to comment
11
9
0
11

[…] a good commenting day yesterday. Got my first banner in over a year, and made what I thought was a good Philip Rivers joke in yeah right’s RAMMIT […]

Elisha just turned so green with envy that people are going to think he got traded to the Jets.

found a funny:
Euron Greyjoy is if Bam Margera was a pirate.

Oh! And that face in the Weirwood tree is Ryan Dunn, right?

This deserves more love. Or scorn. Whatever – I wasn’t a fan of Jackass.

It will also allow the Chargers to sleep in the basement provided it uses only the back door to enter and exit the building.

“Nine kids proves I don’t go in any back doors!”

Should have been you, University of Notre Dame

torn here, i like the joke, don’t like the video, so not sure to plus 1 one or not.

Where are the biggest loadberring structural weaknesses? What’s the most used fire door in case of an emergency? Will the “Visitor” owners booth have bulletproof glass? I expect these questions to be answered in the next installment. You know, for an Elder God friend of mine. 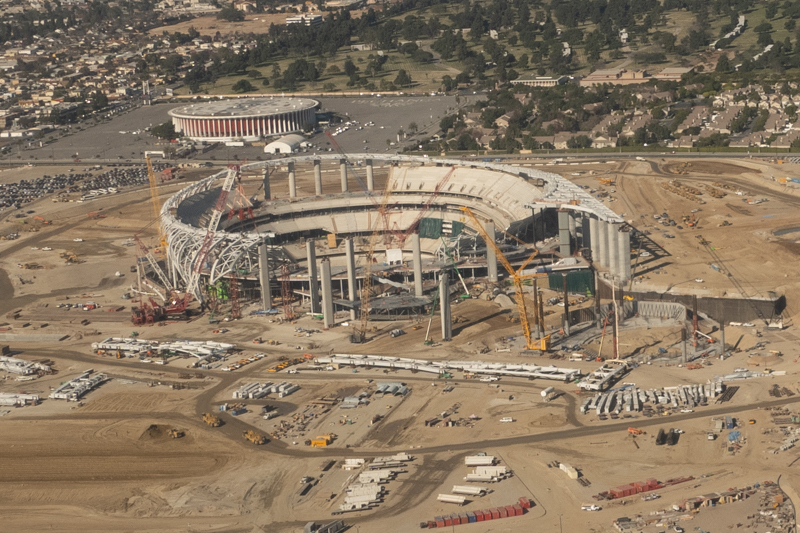 Wow, you were really high that day.

This was taken from my private jet The Sex Farm

I always pictured you as more of a private dirigible man, Brick.

The Clippers announcement brings into perspective the leaked emails from the Lakers talking shit about “Balls” and looking to jump into a rebuilt Forum.

It’s Inglewood. The Staples Center is far from a shithole. The LA Live area is fairly nice now. There’s like 5 Lakers statues out there. And Jeannie Buss wants to cockblock the Clippers strictly for hype. Is it sexist to say this woman is straight up insecure?

Maybe I should quit basketball…

She should be happy that the Clippers want to leave.

It’s funny how Inglewood thinks the way to prosperity is through stadiums and arenas instead of addressing crime, homelessness, and gang activity.

But hey, Inglewood’s always been up to no good.

That first picture looks like you bought a pizza and left it on top of the car and it is in the process of flying off as you hit the brakes.

It does! That’s actually a transponder for fast lane access.

That’s what I figured.