Good morning everyone! I trust you all had a nice weekend and those of you who are lucky enough to have your mothers with you were able to at least give her a call.

I was thinking this weekend: Sure, there’s a Mother’s Day and a Father’s Day, but where oh where is Motherfucker’s Day? I mean, with all the single moms out there, isn’t it obvious that their boy toys should get a day to recognize the hard (he he) work they put in day in and day out?

So, I put it to you that we declare the Monday after Mother’s Day to be Motherfucker’s Day and may each and every one of us get the sexual favour of their choice on this happy day.

With that business out of the way, I want to mention two things:

All DFO lurkers, commentists, stalkers, and authors are welcome!

The concept is simple: We will meet up at LA’s Union Station. From there, for the low low price of $7 for a Metro Day Pass or $10 for a Metrolink Weekend Pass, we will explore the best bars located within one or two blocks (that’s maximum LA walking distance, btw) of a metro station.

In order to make it easier for our folks in surrounding counties to join us, we will all meet at Union Station between 10:30 and 11:00 AM at the doors of the Imperial Western Beer Company located within Union Station for a kickoff drink as soon as they open at 11.

We will then take the red line subway to the Hollywood/Highland stop where our crawl will begin. During the crawl, we will visit several bars on our way back to Union Station.

Here are the confirmed stops:

This Hollywood legend is the oldest restaurant in Los Angeles and will be celebrating 100 years in 2019. This place was the center of the literary and cinematic worlds of Los Angeles for decades and has been featured in multiple movies and novels. It’s also home to the best martini in America.

We go from one Hollywood legend to another. While not as old as Musso and Frank, it IS the oldest bar in Hollywood because the Frolic Room started as a speakeasy during Prohibition and became a “legitimate” bar when it was repealed. It’s famous as writer Charles Bukowki’s favourite drinking spot. It’s also alleged that this was the last place the Black Dahlia was seen alive. It’s known for good drinks, good service, and good ambiance.

Heading south and east from Hollywood, we emerge from the subway right into the middle of DTLA (DownTown Los Angeles) and next to the newest skyscraper in LA. We will head to the bar tucked into a corner of the bottom floor of the Fine Arts Building built in the 1920s and designated as a Historic-Cultural Monument. I’m sure our resident Irishman, Low Commander of the Super Soldiers, will say this is as Irish as Shaquille O’Neal, but the attraction here is cheap beer and a large selection of whiskeys.

Have you ever wanted to have a drink in Tijuana without actually having to cross the border? At a place that allegedly was once a bordello and still has the stage where girls would allegedly parade for customers? And where Younger Balls had more than one happy hour turn into a crazy night? About ten years ago, they sold $2 Tecate cans. They may be $3 now.

Don’t let the exterior fool you. This bar is actually known informally as the “Pirate” bar due to the interior decor and drinks on offer.

In the evenings, they have live music and a lively crowd. Oh, and there are some stories that this place is haunted by non-live beings, if you believe in that kind of thing.

We will finish where we started so our out-of-town guests can catch the last train out of town and sober up on the way home. Depending on which level of drinking we reach, though, those plans may go out the window

and we may end up at The Streamliner, the cocktail bar adjacent to the Imperial Western that has a cooler and darker vibe; perfect for early evening, when it opens.

Based on the positive response so far, we will have DFOers joining us from North Carolina, San Diego, Orange County, and the greater Los Angeles area!

I will be wearing my Geelong Cats guernsey and I will be providing a complimentary sleeve of Sponch! to each crawl participant.

Won’t you join us too? LA is a great place for a vacation!

Discuss your plans to attend in the comments.

My liver and I will be there. One of us may not make it back.

I have a TAP card. Should I not use that and get a day pass instead?

Yes, use the TAP card. Scan it on the vending machine and load a one-day pass on it.

The online portal for TAP is insanely bad. I may ask for help if I’m on the struggle bus.

Is June scarf weather in LA? Maybe I’ll wear my GWS scarf just to be a pretentious douche.

June Gloom! You’re in it now, in May!

I will be packing my Geelong scarf, generously given to me by Balls nearly three years ago. Depending upon weather conditions I may or may not wear it, but we can still act like hooligans and fight.

What medium are we using for when 1-5 of us is invariably late?

I WON’T BE LATE THIS TIME!!!!!!
…ahem…
Unless I meet another hot chick at the weed store. Then all bets are off.

No gluten-free pizza this time, stoopit.

That was not a fun night.

Don’t tell me what to do

I’ll have to hold off the Motherfuckers Day celebration until Thursday, but I’m looking forward to that and this crawl very much.

Rather than spend time thinking about Game of Thrones, I’m staying positive and reliving Leonard’s buzzer beater last night. I particularly like this crowd reaction shot because you can hear a collective groan after the first “thunk” of the ball hitting the front rim.

At Jurassic Park! Outside what used to be called the ACC. RT @TSN_Sports: KAWHI. AT THE BUZZER. TORONTO GOES WILD. pic.twitter.com/C4KaL7DLKc

I wander through this area when I actually go into the office. it’s a court that they have blocked and fenced off to have fans watch a big screen outside the arena. Obviously I’m old, as I totally don’t see the point of going down there for hours to watch the game in the cold and rain.
/get off my lawn 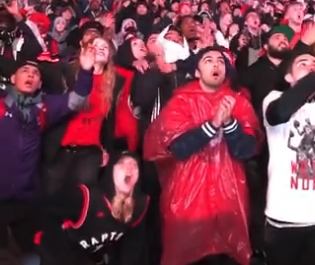 Based on the positive response so far, we will have DFOers joining us from North Carolina, San Diego, Orange County, and the greater Los Angeles area!

One of these things is not like the others. You fuckers better be glad I like you so much.

You’re right.
It is highly unusual to see someone from San Diego willingly come visit LA.

Isn’t someone from the Bay Area showing up one of the signs of the apocalypse? 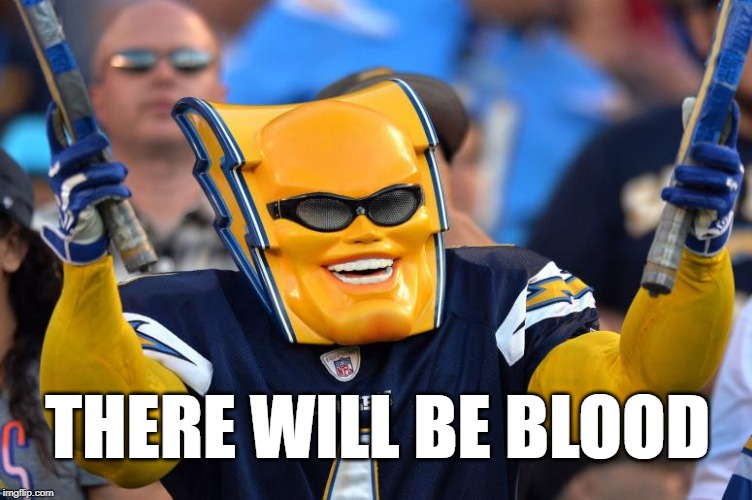