Yes, we assemble together again.  Another season, knowing the ending is gonna suuuuuccccckkkk.  But there is familiarity in routine, and really, there is no substitute for the beautiful, mathematical violence that is professional football.

And wouldn’t you know – we get treated right away to a game like Fuck Lions/Qardinals (hat tip, OSZ from the preview series) randomly becoming Match of the Day.  For one, it was a glorious DRAW.  That should be enough, but we got there in such a beautifully derpy way.  Kyler Murray started 9 of 29, Detroit calmly and almost competently chewed up clock and yardage.  In the 4th quarter, it was safely 24-6, game well in hand.

Then, the script flips, Murray and pals run off 18 straight, culminating in a two point conversion that sends us into overtime.  Each team got a FG on their opening drive, then shat on their dick on #2.  The match ended with Fat Stafford throwing a Hail Mary (from inside his own 10) into the first row (sideline) of whatever the fuck they call Fake University Stadium nowadays.  27-27, taking the point will likely be both squadrons’ highlight for quite some time.

We didn’t get any more hot sister kissing, but Jacoby Brissett did similarly drive the Humps for 8 points on their final drive (and turning a 9-24 deficit into 24-all, despite Adam Vinateri looking like he belonged in Chi****, not the Hall of Fame), forcing OT in Carson.  However, Clippers du Merde leaned on their RBs to go on a long TD drive to kill things outright, 30-24.  Not-SD proved yet again the axiom of running games being at least 80% scheme and offensive line, with Justin Jackson looking great in limited carries and Austin Ekeler easily being the Man of the Match.  Odds of Melvin Gordon getting that big money deal?

We also have deaths to report!  One Karmic, one not.  From the same game, Big Dick Nick and Tyreek (“I’mma choke a bitch”) Hill both went down with major shoulder/collarbone boo-boos.  No word yet on when either will be back, but I’d bet no sooner than October for Hill, November (if at all) for Foles.  The actual game featured star turns for Sammy Watkins (3 TDs, 198 yards) and Gardner “Pornstache” Minshew, Mike Leach disciple (and former EZU Pirate).  Talk about outhouse to penthouse!  Kansas City won easily, though.  Also, Andy <3 Shady will be a thing, making all Chef RBs unplayable in fantasy.

Unlikely, but maybe not when considering the competition, 400-yard passer?  Our favourite processed ham product, DAK! went the fuck off on the miserable NYG secondary.  Amari Cooper, Michael Gallup (on everyone’s bench, UGH), even old man Witten got into the action.  With the Bearistocrats! looking like crap, perhaps Dallas is your NFC clubhouse leader.  Fuck if I know.  Their defense can at least hit folks.

Really goddamned unlikely, no matter how much ether you huff?  Red Rocket going into the 12s Lair and putting up 4 bills (including 2 long scores to someone called John Ross III) on the SeaTruthers.  Still lost, though.  21-20.  Because Bungles gon’ Bungle.  Beatie Mixon dinged his ankle, too.  Long season is coming, Redshirt and the handful of other fans left.

OK, even more unlikely than THAT, no matter the quality of opposition?  LAMAR! going for 324 and 5 TDs.  In the AIR.  Everyone will run get this “Hollywood” Brown off waivers, and we will never hear of him again.  59 points represented an all-time Ratbirds high, and somehow the LOLfins’ 10 seems deceptively competitive.  Will Mercury Morris and his crew of assholes open champagne if/when this shitheap goes 0-16?  Seriously, it strains all credulity to call this a professional football squadron.

You get further reminder that the P*ts get spotted 6-0 every season, based on the derpy-as-fuck Bills/Jest game.  The Jest D started like a house of fire, getting a Pick Six (missed extra point, so stayed 6), then a safety.  It was the Jest offense beating the Bills’ offense, 0 to -8 (hat tip, Senor Weaselo).  Then, somehow Darnold got a score of his own, plus a wacky 2-point conversion.  You can’t get much MOAR ded than Buffalo was in the Joisey swamps.  Except they somehow rallied, scored 17 in the last quarter-plus, and won the fucking game.  Despite remarkably weird playcalling that saw them hardly hand off the entire game.  Noo Yawk kept them in check like a vise all day, until they fell completely apart.  Neither of these teams would do better than 4-12 in any other division.

OF COURSE, the P*ts shithoused the Stillers.  I barely paid any attention.  No faith in Giant Meteor to remove all these wastes of carbon from the planet.  19-0 feels like a very real plausibility.

Oh man, DonT is gonna hate me for leaving the Tits this far downstream.  It surely seemed that #ThePauls were poised to end their 14-game opener losing streak – the hype was thick enough all spring/summer to need a buzzsaw to cut it.  But Erotic Smashmouth went into Believeland and…smashed some fucking mouths.  43-13, and it never seemed that close.  Despite spotting the home side an early 6 points.  Look, I just can’t comprehend TN at all.  I never draft any of their players, until I took Corey Davis for $4 at this season’s auction.  With all that scoring?  0 catches, 0 yards.  It’s all voodoo, y’all.  Just enjoy the ride.

The Vikings looked similarly steamroller, defeating Sherman’s Ashes 28-12.  And really, it might as well been 28-nil, the score at which they quit giving two shits.  Dalvin Cook and Founding Fathers (hat tip, Fronk) were a monstrous rushing duo.  They just need Captain Dingleberry to stay out of the fucking way.

The Redacteds made all of Survivor/Loser Pool participants gasp, taking a 17-nil lead in Philly.  But their “plan” to leave TheSean Jackson wide open backfired and then some, needing a garbage time score to get the margin down to 32-27.  Hey, they covered!  About as good an outcome as Fatty Gruden can expect.

I kept Cam Newton on my bench, because I wanted to see him prove that he was healthy.  Uh…still waiting.  Black Panthers ended up losing only 30-27, but that was almost all McCaffrey and a still-decent defense.  Cam did not run.  Cam did not throw downfield (at least not effectively).  Riverboat Ron continues to work on his resume.  It’s a road win for a West Coast side in EST – so one can hardly shit upon it.  But RRRRRRRRRRRRAM IT!! looked dicey, as they did in last season’s playoffs.  I think the window is closed.

Last and kind of least, all the guffaws at Rapey Jameis.  He was just…a turd out there, matching his real life “personality.”  Fumbles, ridiculous pickerceptions, throws of his back foot – he put out the entire “I am functionally brain damaged” highlight reel.  Bruce Arians is a little old for a gut and rebuild job, but that’s what he’s got.  31-17 to the visiting Tomsulas, who still have some questions around Janeane Garofolo (love ya, girl!) – but have a defensing unit that looks rather menacing.  Each side got a defensive score, and each side paid rapt first half homage to BLEERGH (4 combined TDs off the board).  No, that’s not a misprint.

[…] as usual, had it right about the Seahawks-Bengals […]

John Sterling is on WEEI, and Luke Voit just missed a homer. I wonder if he would’ve done the call.

I have a side bet with one of my friends that the Clots will win no more than 5 games this year. Stupid Clots, you’re supposed to beat Not SD and then fail the rest of the year! No gravy for a month!

“In tonight’s news, further rioting in America’s Heartland after Central Indiana’s economic infrastructure collapsed due to the ongoing gravy embargo…”

As opposed to the regular infrastructure like bridges, which collapsed during the ill-fated AFC Finalist parade of ’14.

Home from work event (so fucking hot out there), thankfully back home with magical Donks/Obama shirt on. LET’S DO THIS!!

We just wants to beat the Raiders, and for Bradley Chubb to be DPOY I’m sure she gives great helmet.

I can’t wait to go to the Bears opener in Denver this weekend.

glad that pre-season is finally over

first side to 2 wins!

Bronco’s offense is in question: 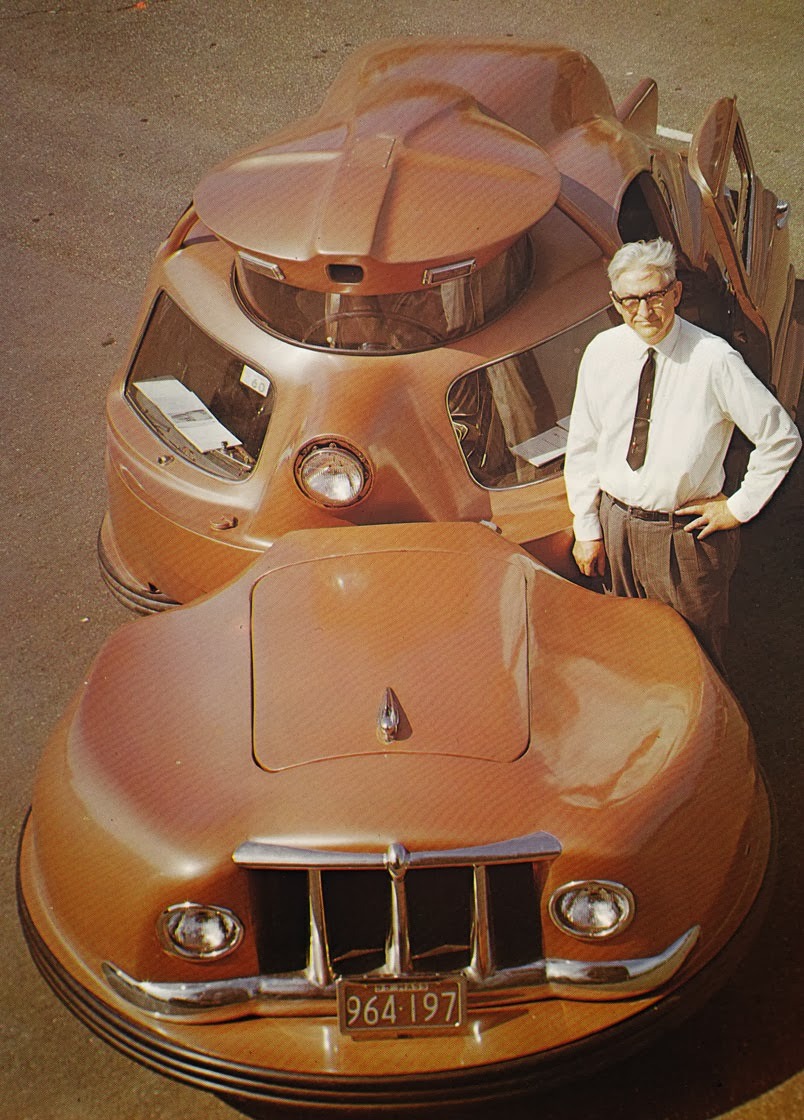 Though sadly enough, Bleached Assholes almost certainly would have benefitted from starting Flacco this week. Oy.

Also, even with the offensive question marks, I absolutely LOVE fundamental, defensive FITBAW, and plan to enjoy the shit out of our season, regardless of record.

yup, can’t have everything. At least McManus is good.

Yeah, I’m considerably less excited about being there in person than I was a week ago.

Thank God the war on opioids is wholly fabricated and completely ineffective.

Also, I think it would be awesome if the mutinying Dolphins turned every game this season into a massive “FUCK TRUMP” protest just to fuck with Stephen Ross. Plus, it would probably help them get themselves fired so they can get the hell out of there.

I honestly don’t believe that there is a single game this season that matters for anything until the inevitable Chiefs-Patriots matchup in the AFC Championship game.

The only data that could make a difference in the outcome are the injury reports.

Kansas City’s defense is so, so bad again. Our only hope is injuries to the Patriots. C’mon, Dolphins, you can do it!

The only way Dolphins players are going to injure anybody is if the opposing player disturbs them in their hammocks during naptime.

We’re doing kind of a Vegas theme for our downstairs guest room. Not too gaudy, as I have mentioned here before, but the coup de tête is arriving Wednesday: this 5.5’ wide 6000 piece The Strip puzzle.

If I do watch any football this season, it’s going to be in the shadows of trying to get this baby done before Christmas.

Hey those chicks are just trying to make a living!

You should cue this song to play whenever anyone walks into the room:

If you didn’t order that puzzle sent to your house “c/o Langdon Alger” I am not sure we can be friends anymore.

Coors Light: the beer for when some random guy in Vegas whose truck you jumped into the bed of while he was waiting at the drive-thru invites you into his basement for a beer so you can “talk this thing over”.

you got pills? We can talk!

Best way to start a Monday!

So glad I don’t care about the Steelers anymore. Come to think of it, I should start gambling again. I clearly saw that blowout coming…

I also wrote that sentence in Q2, published before half, never gave a thought re having to maybe edit.

I just learned that KC was only favored by 3 points. It’s like Vegas *wants* people to win big the first weekend and then spend the rest of the season slowly watching it bleed away and then chasing once it’s all gone.

fuck you, YOU have a problem!

Hey, I called the score once Mosley went down too, so that’s a thing.
/Can’t drink because I’m at Toyota getting my wheel fixed

I’m really sad I didn’t think of rimjob before.

I should have mentioned the Mosley thing. You wouldn’t think one dude should change a whole unit from “angry bear” to “dollar store sieve” – but it fo sho happened that way.

It’s not that you can’t drink, it’s that you didn’t prepare properly.

This might have been the best Hippo in EVAR.
LMFAO’ing at Not great Bob.

Eli continues his descent into “Checkdown Madness”, continually throwing the 3 yard pass when 8 or more are needed for the 1st down.

The D was burned for 2(!) TD’s by tight ends yesterday. This is a tradition begun around 2012 and has not been addressed by three separate coaching regimes and 5(?) different DC’s.