It’s December, which means, welcome back to DFO’s Annual Christmas movies review. This feature is where one of us poor bastards watches a Christmas movie and summarizes it for you, so you can go for a snooze or drink more booze when your significant wants to watch the movie but you have already seen it.

Today’s DFO at the movies summary is Noelle, starring Anna Kendrick, currently being streamed on Disney+. I figure I would start with this one because Mrs. Wakezilla impulsively signed up for a free month trial of Disney+ and I’m sure* we’ll be cancelling this stream once the month is over.

Oh DFOers, I really took one for the team watching this one. Have you ever watched a comedy where it was so unfunny, when the cast did a read through of the script, you totally know that the only person laughing at the shitty punchline was the writer of the joke? That is Noelle.

Noelle starts off with a girl–who the actress is clearly way older than the age she is supposed to be playing— catching Santa in the act. But. . .

Santa (played by Bryan Brendle) is literally the girl(Noelle)’s father! In vitro fertilization technology in the North Pole should be passed along to the rest of the world.

After a cringe worthy “I’m actually embarrassed-to-watch-this” dialogue between the two, where I could almost hear the writer who wrote this shit dying in hysterics in the background, the Pringles sit down and exchange presents.

Since Walt Disney was a fascist, Santa gives meritocracy the middle finger and gives his Santa hat to Noelle’s older brother, Nick, who looks dopey as shit and probably sniffs glue all day while cranking it to some elves porn in the washroom–when he says he’s blow drying his hair– despite the Kringles not owning a blow dryer. Which is to say, Nick will become Santa once his father dies. Nick puts on the hat and it doesn’t fit, which it won’t at that time because it will only fit when the person is ready to be Santa. You should remember this because they mention this line approximately 97579379759676421 more times.

This upsets Noelle and through a ton of horrendous dialogue full of nothing but implication, the audience infers that Noelle, a girl, wants to be Santa!

Since Disney is a family full of 1950s white middle-class America values, Santa is a misogynist piece of shit who goes hilariously bugged eyed and tells Noelle her place is “At home, making Nick feel the Christmas spirit.” (Are we not doing phrasing anymore,Disney?)

Fast forward through time–it’s never specified how much time. Infact, the concept of time is pretty confusing throughout this movie–and Noelle (now played by Anna Kendrick) and Nick (Bill Hader) are all grown up and their father  has died. Thus we get to see Nick training to become Santa and. . .

it’s going about as well as Colin Kaepernick getting back into the NFL this season.

It turns out that all the genetic traits that the Kringles have to be Santa–ie: Instinctively knowing what people want for Christmas, speaking every language imaginable, knowing how to fit in chimneys, etc– are traits that Nick doesn’t have. There’s even a “Guess the Gift” scene where Nick gets 0/5 on what each person wants (spoiler: They all wanted an ipad. Congratulations Apple, you have Disney’s attention. Your days are numbered!)

(Perhaps) realizing he isn’t Santa’s kid and will never be Santa Clause, Nick (at the advice of Noelle), runs away to Phoenix, Arizona, who totally didn’t give Disney a massive tax break to film there inorder to promote tourism. *cough*

This causes widespread panic in the North Pole because no one wants to look for Nick since all the elves are afraid of the unknown. The President of the Elves Union declares that they should name a new Santa. Naturally, they decide to select Noelle because she is clearly the most qualified and it was quite frankly an oversight to not name her Santa the first. . .

I’m sorry, I can’t even say that with a straight face. No, they decide to go with Billy Eichner’s character, who is a cousin of the Pringles and works in the IT department because A WOMAN’S PLACE IS IN THE KITCHEN!

Also, since she is no longer apart of the new Santa’s nuclear family, everyone treats Noelle like a social leper.

For the next part, it’s a little hazy. At first I thought it was because of my buzz, but no. My wife, who was sober watching the film, also couldn’t really recall what happened next because the writing was that bad. Not bad in a Hallmark way where the movie is so bad, it’s like watching Tim Tebow playing Quarterback in the NFL so you can’t help but look with amusement. Noelle is bad in the I just saw my parents bang so I’m repressing this memory type of way.

Essentially, Noelle finds Nick–who is now a yoga instructor–and tries to convince him to be Santa by getting practice as a mall Santa. To the surprise of no one, it’s a complete flop for Nick, but it’s revealed that Noelle has Santa’s traits, like speaking multiple languages and knowing everyone wants an ipad for Christmas.

For racial diversity, Noelle talked to the whitest and most non-threatening black man I have ever seen, played by Token Black. Sorry Eric Andre, you are about to lose some beer commercial spots as non-threatening black man who is the best friend of the white male protagonist. That’s it. That’s his purpose. Even NFL GMs who try to curb the Rooney Rule was offended by this. (Oakland Raiders, I’m looking in your direction)

Noelle and Nick return to the North Pole and Nick tells everyone that Noelle should be Santa. Not quite convinced, Billy Eichner’s character gives up his spot so he can go back to IT. Since it’s Christmas Eve, the elves decide to reluctantly accept Noelle as Santa so she can deliver toys to 1000 kids (only 1000 because Eisner’s character created a new,draconian algorithm where all kids are on the naughty list). Noelle does this–along with Cocaine– and Christmas is saved for 1000 kids.

So remember ladies, if you have God like powers, are clearly the best candidate for the job when it’s between you and an incompetent man and another man who is a psychopath, if both men speak over you and tells the committee that you should get your dream job, minutes before an international crises hits, you can be anything you want!

*Lemme have this one

I Watched It So You Don’t Have To: The Knight Before Christmas – [DOOR FLIES OPEN]

[…] Last week, I mentioned that Noelle was bad– but not in the Hallmark sense of it’s so bad,it’s amusing, like watching Tim Tebow trying to play Quarterback in the NFL. Noelle was so bad, you actually repress what happens. Thankfully,The Knight Before Christmas pairs really well with liqueur and is on par with watching a bad Miami Dolphins offense use the Wildcat to beat the Patriots. […]

I welcome you all to the Jewish faith

All you had to do was say “Anna Kendrick” and we would have understood the torture you went through. My condolences.

So then, is the only reason this movie exists in the first place Anna Kendrick cheesecake? 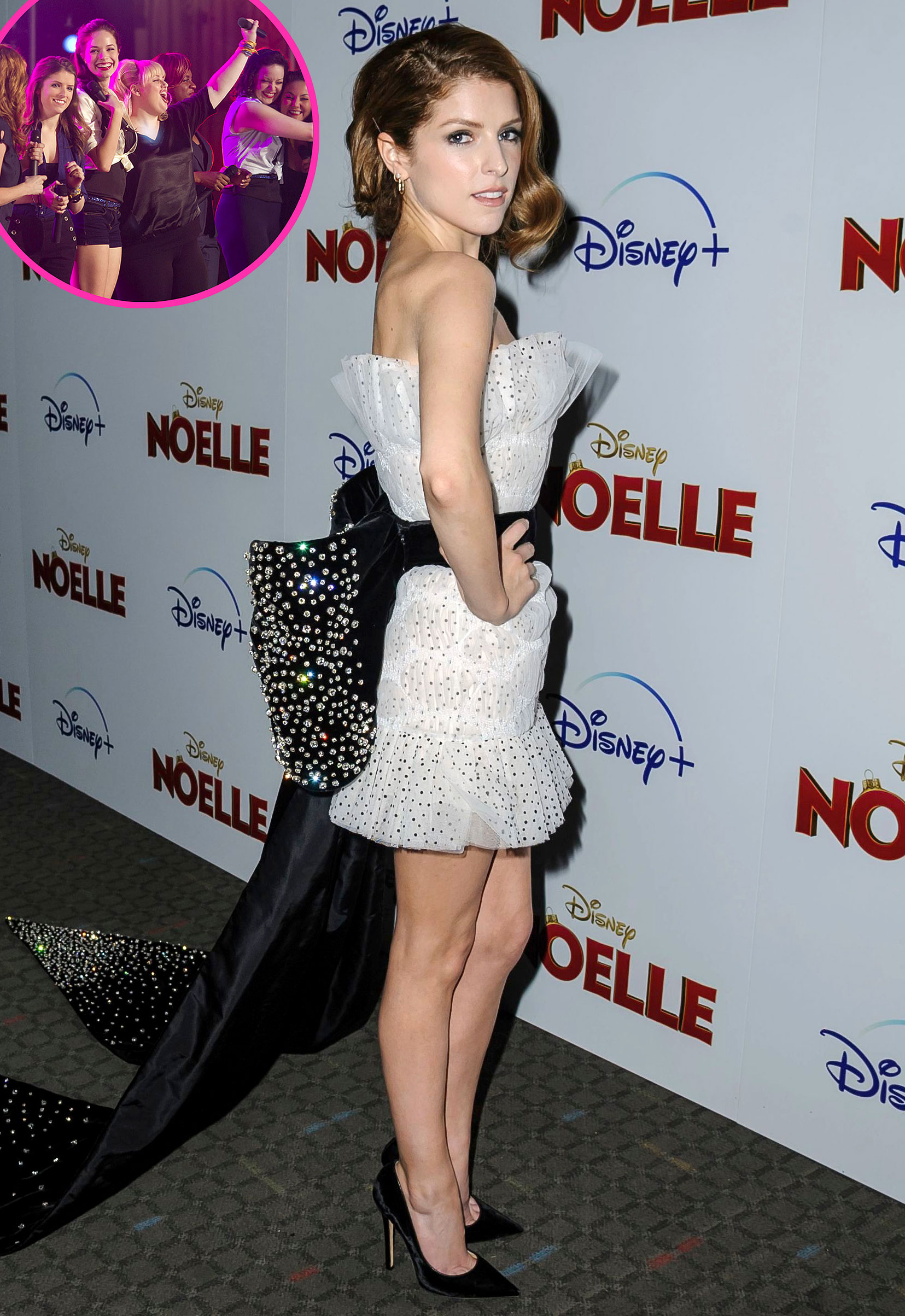 “I’d sure like some of Anna Kendrick’s cheesecake…” – Andy Reid, unironically

“Well, really, any cheesecake.”
/kicks rock, hits Mahomes in the eye
-A. Reid