I cured one of my players’ painkiller addictions. With just my mind.

Bullshit, Jim. You definitely did not.

It’s true! All I had to do was offer him a vacation to China if he stopped popping pills. We have a booster who’s a big travel agent outta the West Coast – had a great time at the Vatican with him a few years ago!

Jim, there’s more pills in China than you could count in a thousand lifetimes. You know they basically invented drug addiction, right? I’ve got a good one for you this week…

Reason for Conflict: Somebody wanted to distract a bunch of people fucked up on opium.

What happened? In the late 18th century, the British Empire, by way of their East India Company, was illegally smuggling Indian opium into China by a variety of means, including overland and by sea. Despite four separate edicts passed by Chinese emperors between 1729 and 1831 prohibiting the sale of opium, the trade continued, and by 1773, the East India Company was the largest supplier by far; by the 1780s, the EIC was importing 4,000 chests of opium a year into China – each one weighing about 170 pounds. A century later, that number was sitting at close to 70,000 chests a year, and continued to rise until the early 20th century. Based on some quick math here, if the average dose of an opium pipe is about a pea-sized dollop – about 0.33 grams – then a single chest of opium can produce 231,540 doses of opium. Based on that figure, the total annual opium trade in late 19th century China was 16,207,800,000 doses. That seems… bad for one’s health, probably.

The Chinese Emperor was determined to stop the opium trade, and with successive written laws proving entirely ineffective, the government was forced to take other measures. A letter from the Emperor to Queen Victoria pleading with her to stop opium smuggling went unanswered; offers for foreign nations to surrender their opium stores in exchange for tea were also met with resistance. Thus, the Chinese confiscated 20,000 chests of opium in 1839, with no compensation granted to the smugglers. The Emperor also decreed that a blockade be set up on the port of Canton, in order to keep foreign ships out.

The British, history’s greediest people, responded in kind by moving forces into position in order to counter the blockade. From 1840 to 1860, two separate wars raged that would have devastating impacts for China well into the 20th century.

In the First Opium War, the British captured a ton of strategic Chinese territory, including Canton, the Pearl River Delta, Shanghai, Hong Kong and Nanking; in the Treaty of Nanking, which formally ended the war, the British returned most of the territory they’d captured, but kept Hong Kong permanently. The British also received a $21 million dollar indemnity as costs for the war, and also opened up an additional five Chinese ports for foreign trade – a huge upgrade compared to being only allowed to trade in Canton, previously. The British would also receive extraterritorial ability to assert their own laws and customs, and also became the “most favored nation” status encoded into Chinese economic laws concerning international trade.

The Chinese people felt outrage and shame at the Emperor’s helplessness in dealing with the British and the opium trade; 20th-century Chinese nationalists marked the end of the First Opium War as the beginning of the “Century of Humiliation”, and in 1850, a rebellion against the Qing Dynasty broke out. Between 1850-1864, 20 million Chinese died in the Taiping Rebellion, and with civil war raging, the British saw an opportunity to strike again.

In the Second Opium War, from 1856-1860, the British once again smashed the Qing Dynasty, this time with a little help from the French. When the Emperor seized the British HMS Arrow and imprisoned its entire crew and officers, the British took up arms once again. The British bombarded Canton very heavily, but failed to take the city due to insufficient military support; when a riot broke out in 1857 and many European-owned businesses were destroyed and burned, a French missionary was killed. With the French government furious, they backed the British and launched another excursion into southern China. By 1860, the Qing Dynasty was defeated decisively for a second time. The Treaty of Tianjin, which was signed in 1858 but not ratified by the Chinese until 1860 due to continued fighting, was even more one-sided against them than the Treaty of Nanking. It opened ten more Chinese ports to free trade; ceded Kowloon to Britain and eastern Manchuria to Russia; established freedom of religion in China, including for Christians to have full civil rights and the ability to evangelize; gave Britain, France, and Russia permanent diplomatic presences in Beijing; forced China to allow the trade in “coolies”, indentured Chinese laborers, to the Americas and elsewhere; forced China to pay an indemnity of 8 million taels of silver (about $168 million USD in 2020) each to Britain and France; and, worst of all, legalized the opium trade in China.

So, yeah. Opium devastated not only the Chinese population, but also India – cultivating poppies was the second-largest source of revenue for the colonial Indian government in the 19th century, behind only land taxes. In fact, opium accounted for some 15-20% of the British Empire’s total annual revenues by the mid-1800s, and caused a scarcity of silver in China due to the exorbitant demand for the drug. In northern India, some ten million people were left in poverty by oppressive land taxes worth half the value of the crops of poppies grown for producing opium. Subprime loans to farmers to incentivize growing poppies were granted, but with oppressive contract requirements and a centralized Opium Agency mandating pricing and growing of poppies, the industry was ruinous to the workers responsible for its cultivation. With farmers and landowners forcing peasants to grow poppies in place of other crops, famine was inevitable, and millions starved to death in the 1870s.

So… the whole decorating with bouquets of poppies wasn’t a “re-balancing our players’ inner energies” thing, like my running back claimed?

Jim, if that were me, I’d probably call that a CBA violation… but then again, when has the NFLPA done a damn thing to help with players’ drug addictions? Still, call your booster. You might wanna postpone this trip for a while.

The Maestro
The Maestro is a mystical Canadian internet user and New England Patriots fan; when the weather is cooperative and the TV signal at his igloo is strong enough, he enjoys watching the NFL, the Ottawa Senators & REDBLACKS, and yelling into the abyss on Twitter. He is somehow allowed to teach music to high school students when he isn't in a blind rage about sports, and is also a known connoisseur of cheap beers across the Great White North.
https://www.doorfliesopen.com/index.php/author/the-maestro/
Please Login to comment
7
16
0
9

“Juveniles, of course. Although I do prefer the Young Boys”

You magnificent bastard. It just wasn’t gelling for me.
-B. Cosby, on his “special” Jello shot recipe

“It’s dangerous if you fall asleep on someone.”

established freedom of religion in China, including for Christians to have full civil rights and the ability to evangelize… legalized the opium trade in China

The opiate of the masses and the opiate. 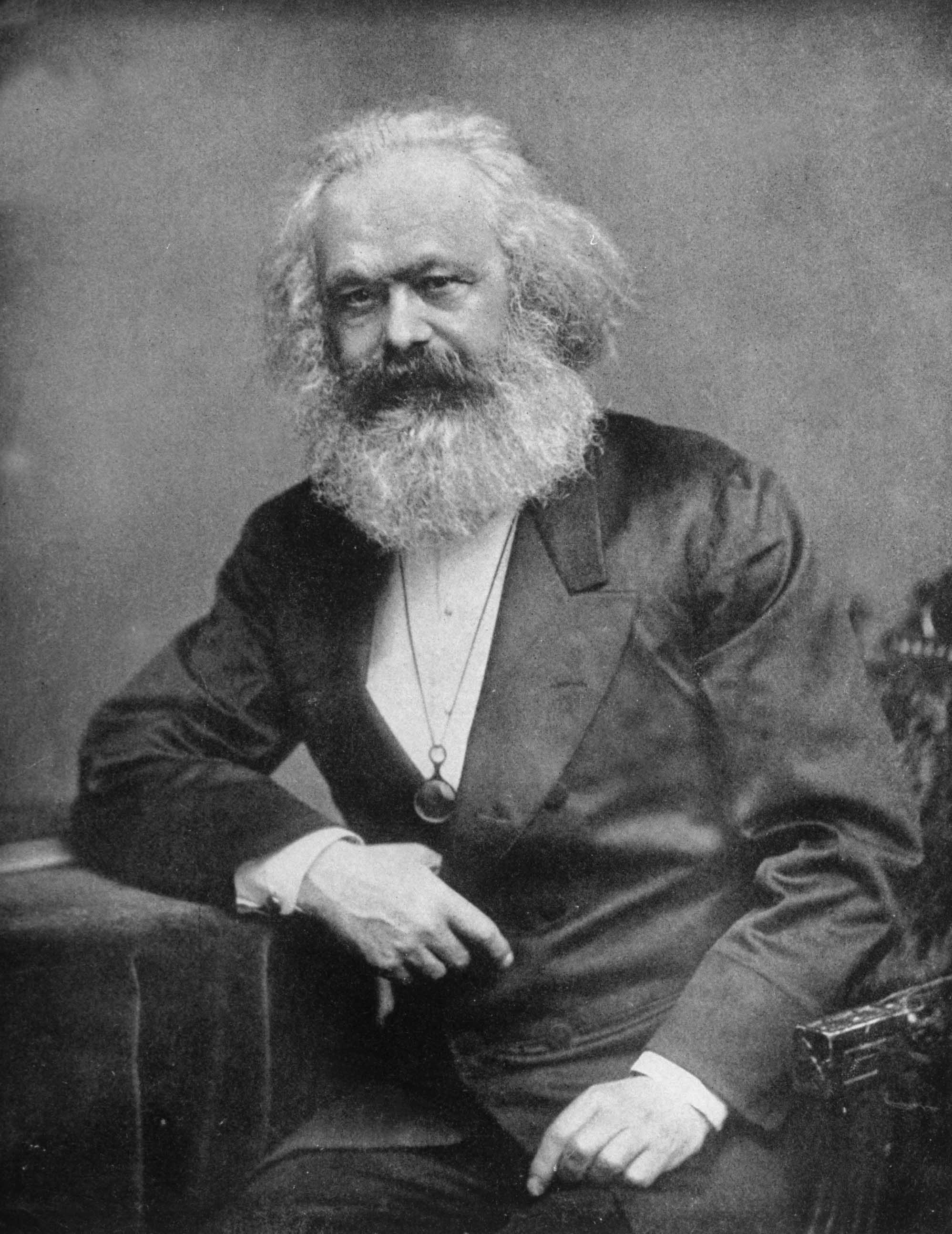 This just makes me think of Afghanistan, and how the American opioid epidemic blossomed bigly mere years after our invasion of that poppy growing nation. I’m sure it’s all a coincidence.

It has to be. It’s not like our Central Intelligence Agency has any experience smuggling or dealing drugs domestically right?

I love how conspiracy theorists completely buy into some shit that is impossible, but never pay any attention to something that is so well documented as to be incontrovertible. [goes back to alien autopsy photos]

I am reading a (sort of) Legacy of Ashes – The History of the CIA; it essentially Legacy of Fuckups and Idiocy. Kind of depressing. 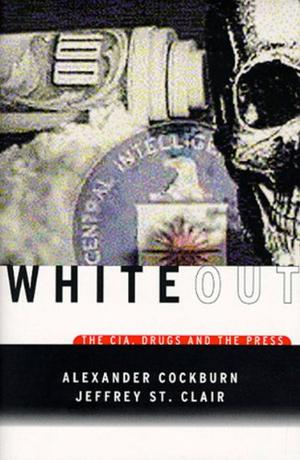 Based on some quick math here, if the average dose of an opium pipe is about a pea-sized dollop – about 0.33 grams – then a single chest of opium can produce 231,540 doses of opium. Based on that figure, the total annual opium trade in late 19th century China was 16,207,800,000 doses. That seems… bad for one’s health, probably.

/born a Hippo out of time

ah could even write some badass clickbait for it!

We gave opium a try. Here’s why we’re NEVAR going back.

That really was an impressive feat by the British. Destroy the well being of the two most populous places in the world, and make them pay for that privilege. They were really good at that colonialism thing.

“Hold on! That’s not civilized!”

-UK to other nations doing the same thing.

So, how did Macau become a Portuguese possession?

Simple land-lease agreement with the Ming Dynasty, at first… however, the Portuguese saw the success of the UK establishing sovereignty in Hong Kong and Kowloon in the 1860s, and decided they wanted full sovereignty over the region, and forced the Chinese to broker a deal in the 1880s that established it as a full colony, as opposed to just rented land.