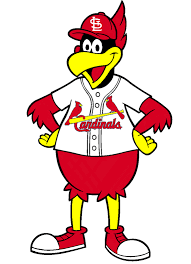 There’s really fuckall to do until Most Glorious el beisbol Cardinals start around 2p (banner pic in honoUr, also since it pisses so many off that maybe we can has extra clubhouse participation??).  That’s because all the Premiership fixtures are tomorrow morning.  So sad.  Everton’s match is on CNBC, which I am sure you were all just DYING to know.

Wakey’s Red Devils qualify for Shempions play if (i) they draw against Leicester; or (ii) Chelski lose.  Prong (ii) might be likelier than chatted about, since Wolves have to worry about 7th not being good enough for Europa (should Arsenal win the FA Cup).  Chelski lose all tiebreakers, due their meagre +13 goal differential.  If my feeble brain’s maths is correct, Chelski get 4th (ie, can nae finish 3rd or 5th) if they draw.

Don’t worry, Rebecc-ur and the Robbies will ‘splain it much better.

Two of Cherries/Moose Hornets/Villa will punch they tickets down the Lesser River Styx, alongside poor, super-duper-ded Norwich.  Villa survive with a point, unless Watford win.  Should BOTH win, then our Moose Hornets need to win by TWO GOALS MOAR than the Midland Twats.  Goals scored is the next tiebreaker after goal differential.  Poor yeah right, he needs BOTH fellow shitmonkeys to lose, and a Bournemouth win.  But since their GD is even with Watford, and only 1 less than Villa?  Margins don’t matter to Cherries folk.  To make it even more impossible to predict, all three of their opponents (Hammers, Gooners, Badass Muthafuckin’ Toffees) have almost nil to play for.  They may not show up at all, they may play like their hair is on fire.

The Athletic also has a great, long-form piece on the Bananacakes Deluxe final Championship round, if you have access and a spare hour (you deffo have that, don’t kid yourself):

But no access?  Litre has yewwwww covered, with his own imaginary two cents:

OK, so if you have followed along on my roller coaster ride (you shouldn’t have), Shad Khan’s futbol club is in the C’Ship playoffs. Playoffs you say? Yes, it’s very intense, but ultimately rewarding should you win. What do you win? A lot of money and usually a weekly shitkicking by a club with way more money than you.
Recently as a supporter I have been through this twice. The first time we lost to Reading like we were graduating at *UNC. The second time we beat John Terry and that dickhead Grealish in the final and got promoted. That. Was. Awesome.
This year our neighboUrs Brentford finished 3rd and will play a team from Wales. We finished 4th and will play a team from Wales. The last day was bananas, and I didn’t get to watch it as I was airport, but just as well because Mighty Whitey (nawt Raycess) drew to Wigan who sadly will go down due to financial issues.
As I mentioned above if you win promotion you get the opportunity to get shitkicked every weekend next year except against similiar less talented clubs. Fulham once finished 6th in the league (Seriously!) but they inevitably went down due to lack of funds and shitfuckery management. Would I like to see the team on teeeveee every weekend? Yes. To get shitkicked? No, that hurts. In the C’Ship it’s ruthless, but every week the London Jaguras have a chance to win. I like that. Due to all this I am pretty ambivalent about promotion. If it happens, great, if it doesn’t we will lose some players and be in thr C’Ship for ahwile, great.
In the Prem, I want Villa to go down. That is all.
Monday is the 1st leg and both West London teams play in Wales. I have a 2 hour conference call, because of course I do.

As one would expect, Hippo has 2 Swedish and 1 Nor-vay offering to GAMBLOR.  I shall spend my Saturday morning cursing that, and denying the awfulness of reality with Pretend Man City.  Big Black Ricardo is now my starting keeper and captain (he won the “Golden Glove” award for 2052!), and Black French Satan is my lead striker.  French forwards and Sudamericano midfielders – that’s where it’s at, y’all. 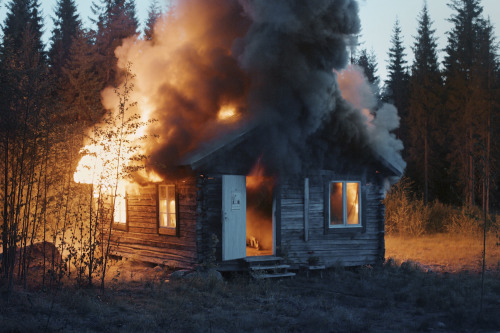 [up in the woods version]

Where’d I leave the marshmallows

Congrats Fox. Your first full day of baseball coverage and you absolutely screwed the goddamn pooch. Who gives a 3 hour window for a baseball game? Oh you can finish watching the game on our fucking app!

And the virtual fans are a goddamn freak show.

[…] with baseball season officially underway, and the Cardinals having already poisoned our screens, it’s time for the annual argument about baseball […]

Here’s a weird sports related coincidence: I know two kids who are professional race car drivers. The first, Garrett Smithley, is the son of a guy I went to high school with. His dad Bob was my brothers best man at his wedding. The other one, Bret Holmes, just won his first race on Friday in the Arca series. He went to high school with Gumby’s best friend’s kid, and we spent a lot of time with him.His Aunt Cindee is a friend of ours too, and she is a loud and proud lesbian, she’s fucking hilarious and we love her! I haven’t seen Garrett since he was little, but I saw Bret a year or so ago in Birmingham. I have zero interest in racing, but weird, huh?

He was certainly in the top two Fleetwood Mac guitarists. But Regis could almost make Notre Dame likable. Almost.

Given the events of the last couple years, I’d say second best FMac guitarist ever is now Mike Campbell. Though that Buckingham fellow was pretty proficient! Extra points for having sex with Stevie Nicks!!

I am really disappointed we didn’t get to see Regis take over Merv Griffin’s role in a remake of The Man With Two Brains.

Or better yet they could make a sequel and call it:

The Man With Two Brains Two.

Or The Man With Two Brain Farts. That could be me!

“Bear with me. Imagine a society where everyone had to wear a mask but there was a censoring device in it so that you could cut anyone off at any time if you didn’t like what they were saying. [starts writing]

“Lock down got you down? Don’t distress Tess! Call Carl’s mobile euthanasia service! One of our friendly life extinguishers will be at your front door in no time! Kick your depression right in the nuts while also kicking off this mortal coil. What are you waiting for?

Fifty percent off special for all Trump supporters, just show your red hat for confirmation.

Please post this at least once a day; if things continue in their present direction, eventually I’m going to be ready to take the plunge. And pay full price.

They should have switched out Portnoy for PFT Commenter at the last minute. He probably could have wheedled some incredible soundbytes out of Mango.

There’s so many things to love about AFL. One of them is that there are regularly “hail mary” plays, and even if nobody catches it, THE PLAY DOESN’T END. It’s great fun.

That Power-Saints game was something, wasn’t it?

It certainly didn’t end the way I expected it to!

Through the first half, this Port Adelaide / St. Kilda is a great game.

Most Glorious el beisbol Cardinals are also going “all in” for Black Lives Matter. Staff ace Jack Flaherty is mixed race, I believe (and identifies as black, even though he could surely “pass” for white), and has been the leading voice.

Everyone supported him with BLM warmups yesterday, even the self-described “Conservative Christian” element, who rightly stated that it was his duty “to love my neighboUr, as best I can.”

I cannot wait to see the fans’ response

GAMBLOR 0-1 so far. My side led for 80 minutes, then got red carded and immediately conceded the equalizer. Godfuckingdamnit.

interviewer: do you have any questions

me: oh sorry, if bigfoot worked here would you call him bigfeet

these are some rocking dogs

I’m watching the replay of Port Adelaide vs St. Kilda (no spoilers please).

If you are a Christian evangelist, how do you choose who to root for in this game? I mean, the Saints seem like the obvious choice, but it must be hard to resist the siren call of the Power’s logo:

The hand holding the lighting bolt is not white.

It’s not brown or black, either…wait…

Just in case you missed it; Kyle Hendricks damn near threw a Maddux yesterday. CG shutout with 9 Ks and 0 walks on 103 (ish?) pitches.

Not sure we’re even going to finish this weird fucking season but goddamn that was beautiful. In only 2 and 1/2 hours to boot!

The Houston Chinese consulate story seems like a hot one.

Just the prelude to both sides continuing to make some very bad decisions.

I’m more interested in the arson case in Maricopa county.

How’d Wainwright look in spring training? Thinking of starting him at P on my fantasy bets today. Everyone is gonna load up on Strasburg.

I think West Ham comes to play tomorrow. Since the restart, they’ve been playing their best footy of the season. Soucek just signed a deal to stay. I dunno. They’re feeling good, and with nothing to play for, they’ll be loose. Bad news for Villa.