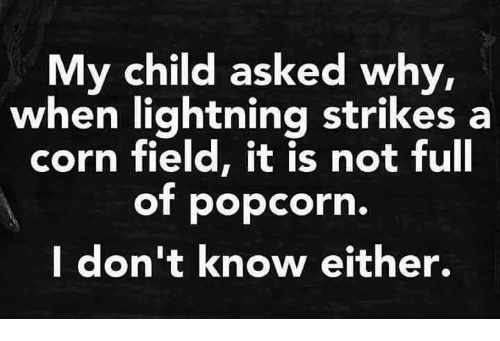 What up all? As always, I hope you’re as well as can be considering all the shit going on in the world these days.  I try to stay away from politics, but only one more sleep until there’s a new president, so that’s a plus, i think. I’m hoping it’s a peaceful day tomorrow.

For the musical/drama fans, this made laugh

You didn't think I'd send him off without my own departure ceremony, did you? 👋🏻🌈🎶 #SeasonsOfTrump pic.twitter.com/hEI276wISC

On the home front, we (the province of Ontario) are starting week 2 of “just-stay-the-fuck-home” orders and it looks like the previous lock down (started Dec 26th) is starting to work as the new case numbers are dropping here.  So that’s some good news, but we are still a long way from opening things back up I fear.  Cannot imaging trying to comprehend the new rules as a business owner.  Hurry up Mr Vaccine.

Deshaun Waston tweetering song lyrics that all but say trade me.

Trying to give youz y’alls some topics to discuss amongst yourselves:

in 1935 Coopers sells the first men’s briefs, called the :Jockey”.  Which makes me wonder what they did before

in 2013 Lance Armstrong admits to doping in all of his Tour Wins.

And it’s National popcorn day, so now your snack is taken care of.  For the banner pic, someone is trying to find out.  Can’t make this shit up

Don’t forget to add your submissions to the Quotables thread

For you viewing pleasure tonight there’s hardwood, JV hardwood and ice footy on.  Check you local listings for games and times.

Write something below. Or Not. Whatever.

Game Time Decision
Recovering lurker; jack of all trades, master of none; Canukian; not as funny as he thinks he is.
Subscribe
Please login to comment
89 Comments
Inline Feedbacks
View all comments

The first electric streetlights were in Jersey because Menlo Park NJ is where Edison’s research center was.

Goddamn it, I think that I should start spiking the DFO watercooler with some caffeine or something, because you lot consistently fail to show the common courtesy of being awake ‘n’ commentin’ in the middle of the night 😀

Of course sez I, the voices in my head can’t type on a touchscreen, DURRRRRRR

Unrelated – this is surprisingly relaxing (even if it only comes with Frenchy subtitles)
https://www.youtube.com/watch?v=CzmIu-VjRCM

A lot of people are upset that Bannon is getting a pardon, but I think it’s delightful. A bunch of Trump supporters spent all their insulin money on a scam, and the guy who ran the scam is going to get off scott free (freeing up prosecutors to work on other stuff) and will die of cirrhosis of the liver within a year, I bet. It’s win-win-win!

Agreed, it’s an un(?)intentional Fuck You to his own immigrant-fearing supporters.

Plus imagine the relief that X isn’t going to rot in prison… suddenly gets crushed, because any number of state governments are more than happy to sueball ‘im all the way to whichever state prison (preferably one of the privatised hellholes) XD

Personal Highlights during the Trump Administration:
/opens drawer, takes out horn
From the very beginning, I was right about Louse Mensch and Michael Avenatti.
//toots

The Marshall of the Supreme Court is on his way to your home. I take no pleasure in reporting this. 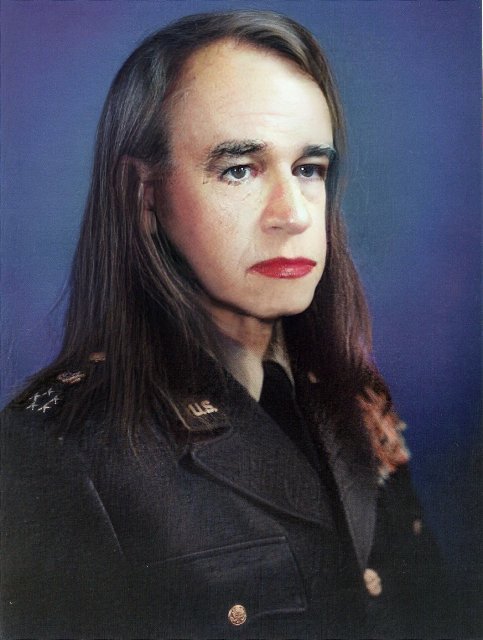 This feels like a year ago. But timeless cuteness 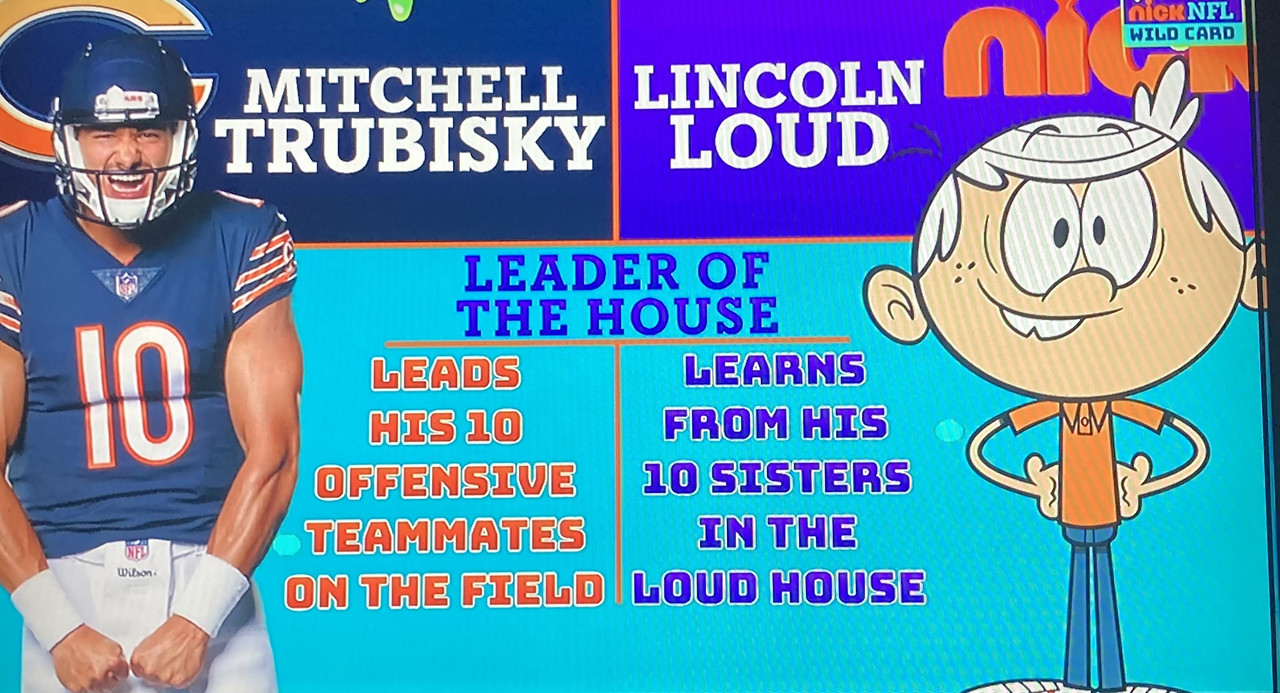 There was a missing “And you know what else is loud?” in that segment.

Down here is already the 20th. I don’t have any illusions about the future. I’m happy enough that Trump will be reduced to a citizen, and I’ll take odds on 45 being a pariah by this time next year. 🎉

I know it’s not going to be immediately better, but it sure as hell feels like it’s the first step

Eh, from an outsider’s perspective – the names and parties may change, but the legitimately retarded (and shortsighted) policies will chug on right along… Only difference is that with Biden, there’s at least an outside shot that he probably won’t initiate WW3 just because the other G7 leaders don’t respond to his DMs on Twatter

And fuck that “Phil Rivers is a Hall of Famer DUH” narrative. He played a playoff same with a busted ACL—yes, the guy is great. But the ass kissing demeans EVERYBODY.
Guess I’m still pretty fucking mad. I was really, really looking forward to a heated argument about driveway blockers deserving a crowbar’s teeth into eyesockets.

The guy left. Didn’t even yell. The rain did not wash away the three eggs on the car’s roof. Owe ya one, Jehová.
I’m guessing the next escalation is acid and plausible deniability.
/checks online for mini-catapults

On the roof is nice and subtle

Time for banana in the tailpipe.
https://www.youtube.com/watch?v=YuIJK3ZZ1CU

This would be a galactic-level troll if they follow through.
The Scots are circulating a petition to rename Prestwick Airport – where Trump often flies to when visiting Turnberry – ‘Joe Biden International’.
https://www.rawstory.com/rename-trump-scotland-airport-biden/

It would even be better if they could get the IATA airport code to be Biden’s initials, JRB. Or maybe OHJ, for Old Handsome Joe.

Or DJB, for Diamond Joe Biden.

I dunno, Trump will just think it’s a typo, and that they meant DJT.

No, it’s better, because every time they say D…J… his mentally declining ass will get all excited and then they’ll bust out the B! and he’ll remember again and get infuriated all over again.

The only thing I think of when I hear DJ is this guy from my childhood. 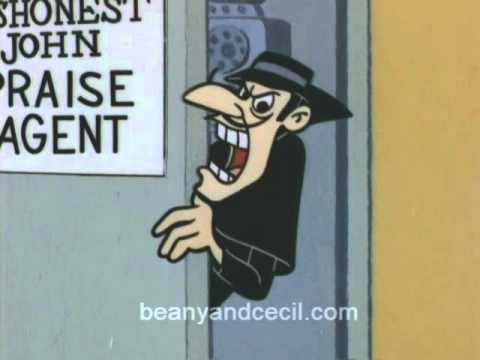 Based on last night’s TV thread I discovered I get HBOMax because I have AT&T cell phone service, and also a channel “curated” by TCM, and it’s pretty vast. In the last two (three) years all I ever watched was football and the occasional baseball game (never TV news unless local weather/fires/car chase) because there was nothing on and I didn’t get cable channels. I think I’ve had these all along and didn’t know it.

Also: I bought a blender today.

Make sure it’s on “Liquefy” or slower before you put your dick in it! 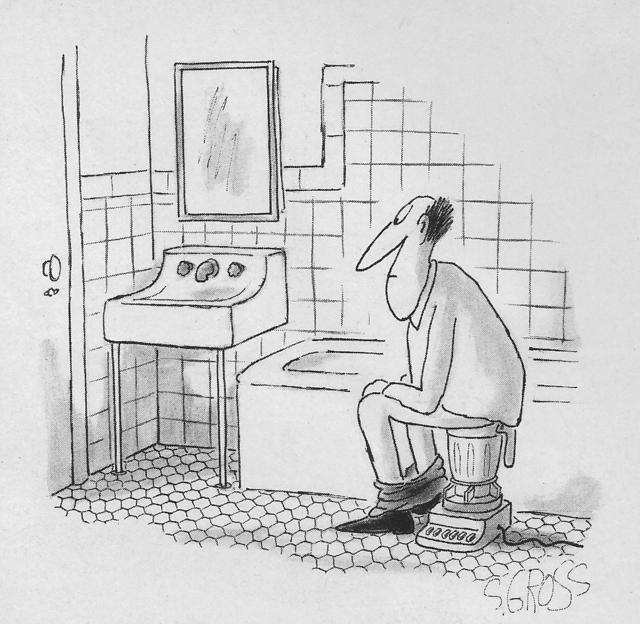 Amazingly, Sam Gross’s last name is not a stage name or nom d’plume. His stuff for the old Lampoon was fucking crazy. 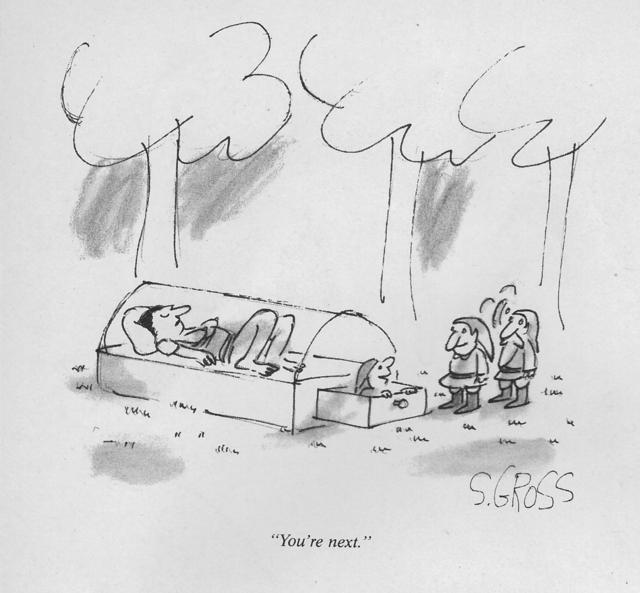 I really enjoyed The Flight Attendant. You should binge it.

Last edited 1 month ago by ballsofsteelandfury
1

Now to finally catch up on Letterkenny

I may have to get Hulu just because of that show.

Guy I’ve told three times NOT to park blocking my driveway did it again. So I egged his car. And hid the machete.

Did you hide the machete before or after using it to puncture his tires?

Get a quart of milk, press one of the door windows in enough to create a gap between the weatherstrip and the glass, and pour in the milk. Wait a few days. He’ll have to get rid of the car, unless he’s got covid and no sense of smell..

Only three though. If it’s all four it gets covered by insurance, from what I’ve been told.

6 on 4 powerplay. Lets leave the front of the net open so the goalie can see everything. Just Rangers things

Last edited 1 month ago by Sharkbait
1

Hey, they went several minutes without allowing a goal!

Does anyone here watch Search Party? I watched the first couple episodes and enjoyed it, but the Dr. Mrs. isn’t sold.

Last edited 1 month ago by Rikki-Tikki-Deadly
0

FWIW most shows about young people in New York City annoy me.

/burns pilot of “Senor in the City”

I told Senorita Weaselo I want a sitcom of her best friend, who did such brilliant things as accidentally send his sushi Uber Eats order to KFC.

I assume intoxicating substances were involved with that error?

Totally sober. He originally was going to get KFC and had never used Uber Eats before.

He also sent her a “Happy Birthday” song message… and fucked up the words. To Happy Birthday. We listen to it whenever we feel like it, on par with the “Gonpachiro Kamaboko” meme from Demon Slayer.

In an ever-escalating push to get ppl to sign up for Peacock, they are hosting 5 hours of Katy Tur* inauguration coverage.

*where Dunstan checks in if u noe wut I mean Will they show a hidden camera live feed of Trump the moment he’s no longer President? After four years, I think we all deserve to see him crying.

That is the pay per view, so he can cash in as much as inhumanly possible.

Honest to Morrigan, I think he would sell small capsules of said tears if he thought it would make him a buck.

they would be orange and not clear\blue

Ah, nice to see the Ice Giants’ (lack of) defense has shown up. Again.

I absolutely cannot wait for tomorrow to get here, because we will be starting the day off with a bottle of Prosecco and it’s just going to get better from there.

Barenaked Ladies – If I Had a Million Dollars (BEST Lyrics Video!) – YouTube

I’m not greedy. One of you can win the jackpot tonight. I’m happy with the 2nd place prize.

Last edited 1 month ago by Redshirt
1

Think of the DFOCon we could put on!

Didn’t you pay attention during Hamilton? Because “everything’s legal in Jersey”.

I thought it was just because that’s where Edison had his lab. But you may be right, isn’t that why they set The Sopranos there?

Al Gore looks like the Upside Down version of Jeff Goldbum.

Somehow, it makes sense that he’s the Reverse-Goldblum. 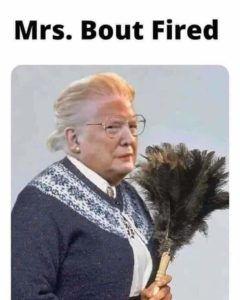 12 hours until he leaves (8 am he is scheduled to be departing to Flor-eh-DUH).

Last edited 1 month ago by TheRevanchist
2

I’m not going to be comfortable until the ceremony is done and Biden is safely away. I still remember what happened to Anwar Sadat.

I remember fondly those games watching Carr throw to Mr. D Adams, who went to live in Green Bay. Man, that Fresno State team was something special.

Watching the Vuelta Espana on the Olympic Channel, which is rapidly becoming my favoUrite channel that doesn’t involve naked female roommates ordering delivery pizza, and I now love having Tour cycling on while I work. The scenery is always outstanding, it’s fascinating to watch strategies develop and change, the camera angles they get these days show the absolutely insane speeds and inclines/declines these lunatics deal with, and Lance Armstrong isn’t involved any more.

I try to watch the tour when on. The country side shots are always amaz-balls and the crazy that they do whilst on bikes is on full display.

This stage went along the northern Spanish coast and through some towns with old monasteries and cathedrals and holy fuck do I hate being stuck in the house right now.

haha, yep. The Country side stuff is also one of the reason i watch Top Gear\Grand Tour. they are so well shot

The Tour de France was the perfect Working at Home background. As you guys said, the scenery is beautiful and when you have a chance to look up from your laptop for a few minutes, the competition is intense.

I’ll have to check out the Vuelta.

I’m due for a Mongolia GT re-watch.

Do they do a lot of drone photography now? Seems like it would lend itself very well to the sport.

I think most of the airial shots is done with a helicopter, with lots action footage taken off the back of a motorcycle.

What GTD said, any aerial shots I’ve seen seems to be from helicopters.