People have this image of Canadians as nice, genteel people, who will wait in line for a bargain

LIES! Boxing Day both brings out the crowds

and the assholes who throw down over parking spots.

All to save money on last year’s models.

So next time someone tells you Canadians are generally nicer than Americans, remind them that it’s true, unless Gordie is trying to buy the last thing on the shelf. Then it’s go-time!

With Bowl games on the docket pretty much every night there isn’t NFL action between now & New Year’s, I thought I’d make #content quota by trying to figure out which C-list announcing teams are trying to climb the broadcasting ladder. I will rely on the American commentists to pass judgement on the quality of their work, as most bowl games aren’t shown on Canadian TV, and the Seattle stations only show the majors and games featuring Washington state teams.

We are now after Christmas, where the quality of games begins to take an upward turn. The Holiday Bowl, for me, is usually the tipping point for when the games start becoming better matchups, and the announcing becomes the quality we’re used to on a national stage. But, we’ll see.

Need some great meat and good reading material for the holidays, both at great prices? Join @Rentley50 and me at Sobie Meats this Saturday from 1-3! pic.twitter.com/7Rb8O91sa7

Probably the most professional crew calling a minor bowl game. They will prove far-more competent than the teams playing the game.

Spent last weekend in the @NHLBlackhawks booth and inside the TV truck.

Eddie is one of the best, most active, most perceptive analysts I've ever seen work. A truly remarkable mind and spirit. https://t.co/Gr4EquxJBt

Some kid who fought his way to the top of his profession, and the idiot brother of one of the NFL’s best-ever quarterbacks. If Benetti didn’t have CP, I’d lay good money on him beating Jordan Rodgers to death.

The World Juniors are in Buffalo this year, and they will be playing the USA-Canada game outdoors on December 29th. I have tickets for next year’s tournament in Vancouver. WOO HOO!

Beerguyrob
A Canadian man-child of indeterminate age, he stays young by selling alcohol at sporting events and yelling at the patrons he serves. Their rage nourishes his soul, and their tips pay for his numerous trips to various sporting events.
Please Login to comment
62
103
0
19

I wish I could give a thumbs up to each picture.

I’d be happy with one thumb up in that last one.
And my thumb I mean something else.

2017 was so stupid that it was revealed how Osama bin Laden would get into Youtube flamewars with 9/11 truthers. No one cared. I had totally forgotten until I was just reminded on a ‘best of’ podcast episode. 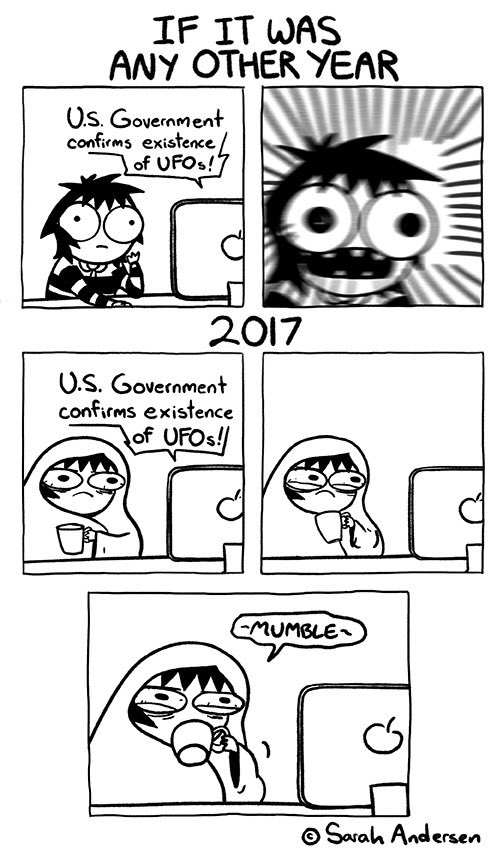 “Why haven’t they killed us all yet?”

There is no such relief in the darkest timeline.

Has anyone ever been to a bowl game parade? Lady BFC and I are considering the Holiday bowl parade Thursday.

I went to the Tournament of Roses parade as a kid. It seemed like it went forever, but that’s probably because nine year-olds shouldn’t enjoy parades unless they have brain damage.

The Rose Parade really shouldn’t count as it’s really its own thing.

I went bowling once. Middle guy is standing at attention.

Jesus, is any Russell Wilson social media post not stolen?