Every year of my football-watching life, the off-season has been a giant slog punctuated by tiny dopamine hits along the otherwise slow, cruel, and seemingly endless march to opening kickoff. As soon as the Super Bowl was over, I craved football’s return. Not unlike James Woods delighting in the small bits of joy found in individual Reese’s pieces, I would keep my head down, partake in the moments of happy distraction from football-like activities–ooh, rule change!  ooh, NFL draft!  oooh, new horse on the coaching carousel!  ooh, OTAs!–and then be trapped by actual football content to have me back in the pack by the time the first pre-season game is played. In fact, I have probably attended (googles how many a score is, nope, that’s not it, I mean, it’s close, but it’s probably between a 12 and 18) on the order of a dozen pre-season Bears games over the years, and even though I know I’m getting between zero and five possessions’ worth of starters playing football, I always got into it.

And not just better than nothing football, but genuine goshdarned excited about pre-season football. There was poetry in it. Football meant fall was here, my favorite season in all senses. The crisp days were on their way with diverse foliage and cool air punctuated with the crunch of not just leaves underfoot but even more loudly the crunch of one behemoth hitting another Atwater-style. It didn’t matter if I was a little fat kid in a Mike Singletary t-shirt or a big fat adult in a Nathan Vasher jersey (and no, I am not the asshole from the well-timed 2018 Bears edition of WYTS); stepping into Soldier Field made me giddy, and the preseason starting meant that was a possibility. It was worth getting excited about. Looking forward to. Lusting for.

This season I forgot the Bears were playing in the Hall of Fame game until I walked into a packed bar filled with hipsters not giving a shit about football.

There was no countdown. No waiting with baited breath. Hell, I didn’t even watch the draft this year, I just checked online every round or so and popped in on the liveblog here to see whose dick jokes made me laugh the most (Probably Spam. It’s always Spam). Some of it is getting older. Some of it is life getting busier. Some of it is moving across a few time zones and feeling disconnected from the non-asshole Bears fans that I promise you are out there. But most of it is that football has spent more time letting me down the last few years than reminding me why I love it.  Shame on you, football.

I’m not going to rail about how I’m done with football or share some screed about how the game is crap and I’m tuning it out. The truth is the game is not crap and I’m still going to tune in on Sundays and occasionally Mondays and Thursdays and goddammit are there still Saturday games late in the season?  But it has gotten worse. I am sick of Commissioner National Disgrace and the cabal of old racist owners deciding that they should be offended by social justice protests on their plantations, I mean fields, and of not knowing what a catch is or if the Bears’ top draft pick is holding out because no one knows what a legal tackle is—

Oh, shit, I did pick up on a few things this offseason.  I guess it’s the rocket launch fart dust or whatever. (RIP Louis CK. Your cock and your ego and lack of respect for other people killed our ability to fondly laugh at you)

So what do we have? As blax pointed out yesterday, the Vikings and Packers are Vegas locks to win the division. The Lions are butt, and the Bears are a great unknown. The good news is that the Bears’ starting cornerback is absolutely dominating in coverage against 40 year old coaches, so maybe that Pats game won’t be a complete blowout.

Seriously, though, there are some things to like (with a healthy dose of sarcasm peppered in along the way): 2nd year MENSA-caliber QB likely to build on a solid rookie season; new head coach who knows that Mike Glennon isn’t an NFL-caliber giraffe; Jordan Howard and Tarik Cohen combining for arguably the best backfield combo in the league; improved talent at WR; another year of Vic Fangio leading a great defense, a decent chance their top draft pick eventually gets into camp, and the underlying truth that the “Any Given Sunday” maxim still reigns true all add up to mean that this team has a shot—if a few bounces break their way—to sneak into the playoffs.  Plus, Hippo GUARANTEES that the Bearistocrats will go to the NFC Championship game, so…yeah, there’s that. On the flip side, Kevin White is still there for at least another preseason game or two; local reporters can’t stop calling Allen Robinson introverted; Jordan Howard apparently needed to practice catching tennis balls to prepare to play on 3rd down and is already dinged up a bit; they lost to the Ravens in a meaningless game and have a statistical chance at an 0-5 preseason; the biggest upgrade to the offensive line was a new coach; someone named Taylor Bray is on the roster; and if things start to go well then they’re somehow going to find a way to lose to the Jets.

BrettFavresColonoscopy
BFC is a Chicago native transplanted to our nation's capital and transplanted again to the mountain West. He enjoys football, whisky, and the oxford comma.
Subscribe
Please login to comment
43 Comments
Inline Feedbacks
View all comments

I liked this Brett, you really personified bears suffering lately.

also, no pre-season RedZone until 30 August, which is some goddamned bullshit

/called back, then he done it again, ouch

awwwwww, yeah! I can channel flip to Black Panthers/Bills! Guess I should pay attention since I’s writing a half-arsed preview on CLT

oh snap now I have sommet to look forward to!!

/so so many poor life decisions

I just filled in a DFS roster for tonight. The fuck is wrong with me?

We’re basically a support group like the “turning into our Dads” commercial.

where la biscotti del verdad? WHERE???

Little known fact is that Brown Bears is the name of the best gay club in Mumbai.

Win the Division, 2 or 3 seed, NFC Title Match v. the RRRRRRRRRRRRRAM IT!!!/Tomsulas winner, minimum. This is my guarantee (end result, seeding and brackets may differ slightly), and ah stand by it.

*seriously, the only large city I’ve been to outside of Canadia that did nae make me want to kill every last fucker in sight

It’s like y’all think I’mma be wrong, just ’cause I’m wrong all the time. NAWT FAIR!!

Smoke some weed; you’ll be fine.

KEVIN WHITE: This year is going to be different. This is the year that I finally…[pulls hamstring]

That’s a sentiment I can get behind.

“You really should shower before analingus” – oh, I ain’t sayin’ who! 😀

All depends on what you think of the AFC East. I think it’s a piece of shit worth preying on. Same for the Lions.

You missed an opportunity to use a great gif. Do you know how many times straight the Bears have lost to a division foe?

The Lions have owned the Bears. They are 1-9 in the last ten games against the motherfucking Detroit Lions. I don’t think I’ve ever written a sadder sentence.

Remember when everyone thought Trestman would be good?

Remember when everyone thought John Fox would be good? http://www.chicagotribune.com/sports/football/bears/chi-john-fox-coach-hire-20150115-story.html

I mean . . . You really can’t trust a bald guy in a visor. It shows terrible judgment. (Sure, the play calling at the end of the Chiefs-Titans playoff game also showed terrible judgment, but how is that relevant?) 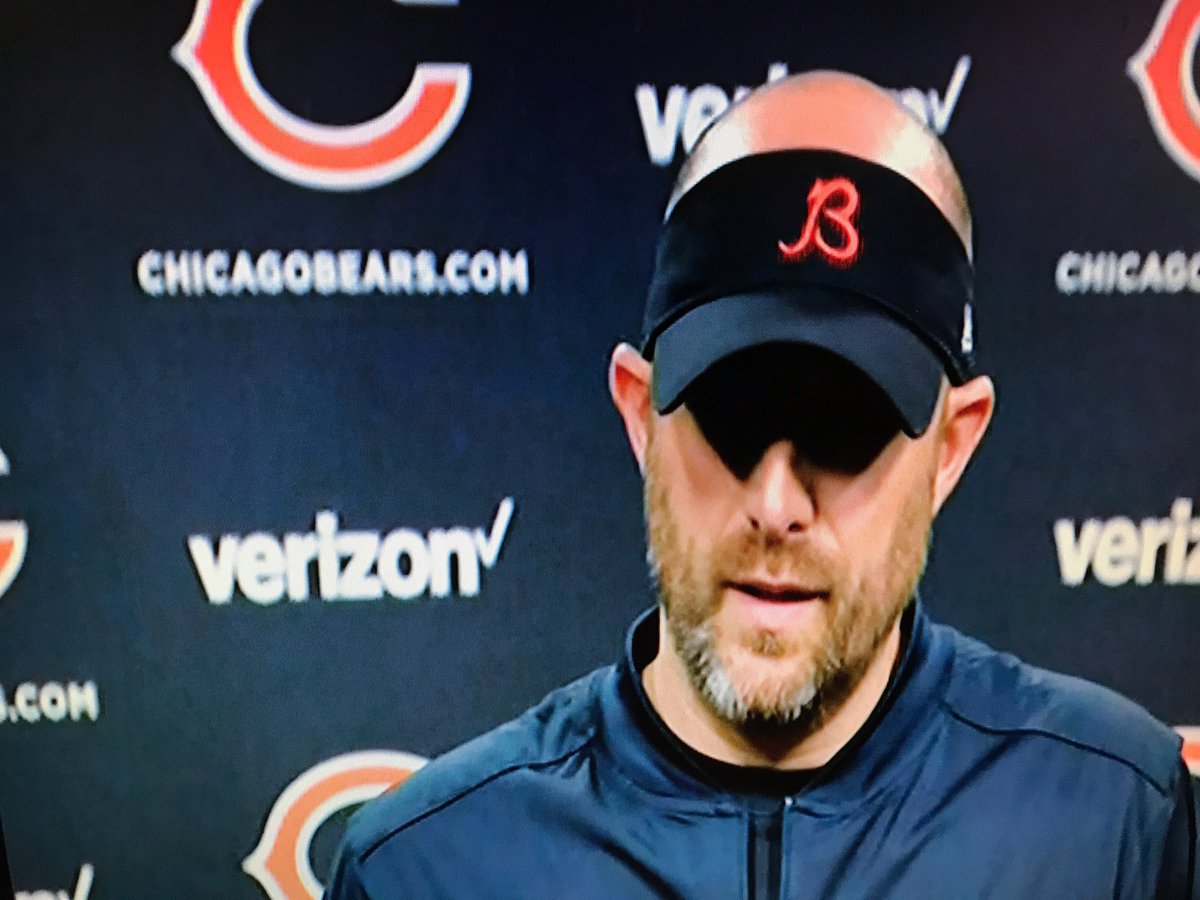 u doubt teh Hippo??

“He is really good. He hasn’t been caught yet.” 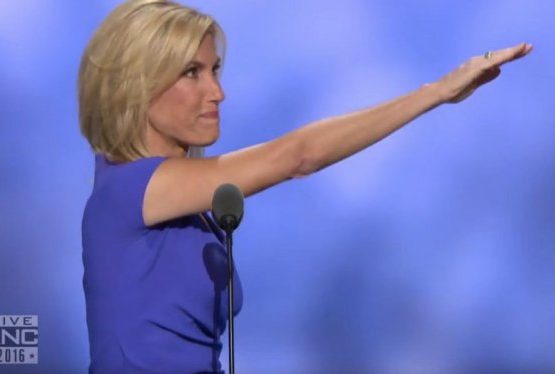