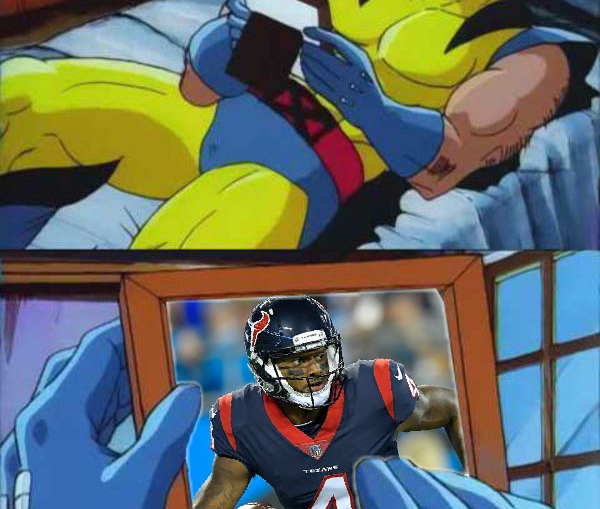 A Familar tune begins to play….

Out here in the fields

I fight for my meals

I broke my back for my living

I don’t need to fight, to prove I’m right

I shouldn’t have apologized for being asked to be forgiven….

Hello all, welcome to Brocky’s preview of the 2018 Houston Texans’ season.  You no doubt have noticed that I framed my intro with a classic rock song. My personal favorite recording was from the 1999 film summer of sam.

Why do I bring up this joke of teenagers for a football team preview? Because the texans are entering their 17th year! And like 17  year old, you can expect some key things:

Like previous years, there was a optimism for the franchise going into last season. Coming off back to back playoff appearances, the Texans had drafted their quarterback of the future in National Championship winner Deshaun Watson. Surely the texans would win the AFC south for the third year in a row, and could possibly advance to their first ever AFC championship game.

Well, like U2 song says, the game, she moves in mysterious ways. Starting in week 2, deshaun lit the fantasy world on fire…. for about 8 weeks before a non contact injury. As this did not occur during a game, we have no footage of it, and we have to improvise:

So yeah, it seems that both the offensive and defensive mvps for the Texans are big question marks going into this year, as shown above, the commercially omnipresent JJ Watt was once again injured while carrying this team. 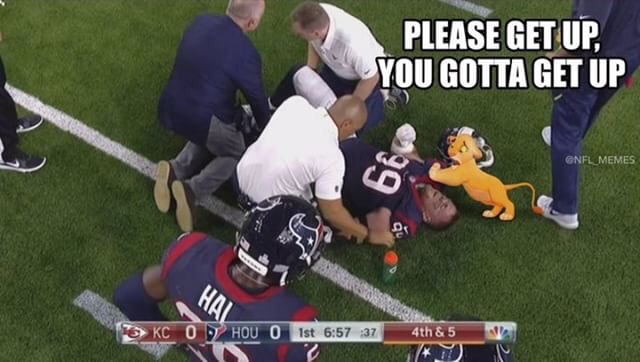 The real highlight last year was this man:

DeAndre Hopkins was 4th in the league in receiving yards, and led all wide receivers with 13 tds. A stud fantasy asset to be sure.

On a side note, who had him in the dfo league?

Sorry Hippo, couldn’t resist. I’ve been waiting to use this screenshot for the last eight months.

Back on track to the team though, I was really surprised to find that the texans did not draft a running back. Apparently the collective talents of lamar miller and alfred blue are good enough for belichik discipline #258, which makes perfect sense when you compare this team to New England, you’ll fall into the trap of thinking, “well, someone has to be getting carries. It’s a trap though, no texans running back will be good this yeaar, and the texans themselves won’t be anything worth writing home about.

Some of you may be asking about the term,  the “500’s” well, it has it’s more dubious origins, but I kind of like the idea of continued mediocrity. This Texan squad will finish 8 and 8.

Also, just for the hell of it, here’s some footage of the Texans cheerleaders throwing a private bikini BBQ. Somewhere in the distance, andy Reid was heard mumbling about joint practices 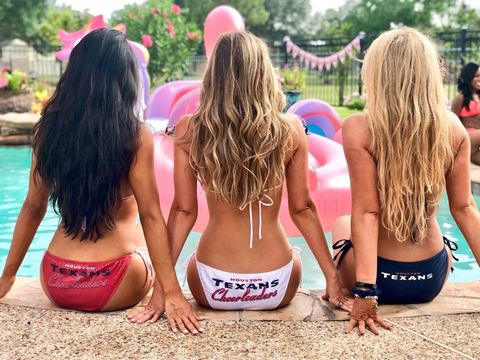 Also, if you’ve made it this long, yes I am hoping to put out the finale of Fantasy Gods (my chronical of my espn league) before this season starts. Cuz I know you’re all just dying to read up on the adventures of troll God and his son.

Brocky
Congratulations, you've wondered to the profile the being commonly known as Brocky, step 2 is washing it off. Brocky is a castaway from the old site, and took part in the great migration of 2015. His tastes can vary from the cynical to the bizarre, and a weird affinity for the band Nightwish. Brocky is a die hard Chicago fan, and can be found hanging his hat in Indiana, his windbreaker in ohio, and once lost a shoe somewhere in northeast michigan (Don't worry lefty, you and your brother WILL be reunited) anything else? feel free to ask... also, if you're wondering about the pic, its a hyena carrying a the head of a lion. King of the Ocean my Ass!
Subscribe
Please login to comment
11 Comments
Inline Feedbacks
View all comments

hey, I had him in my money league (also Deshaun Watson, but Baby Baby Buster stepped up and we won anyway).

Basically, any Hopkins/Gurley Man side was idiot proof, and last year, I was that idiot.

It’ll be extra amusing when JJ Watt gets injured because his body is clearly more HGH than flesh at this point.

Counterpoint: I wouldn’t know a good gyro if it ran me over with a segway

nomonkeyfun
Reply to  Moose -The End Is Well Nigh

I didn’t know Jimmy Buffet was a #BFIB.

nomonkeyfun
Reply to  Moose -The End Is Well Nigh

So THIS is why 90’s nerds didn’t believe in the female orgasm.