So, this summer I turned 50. Not a big deal to most, as average life spans are now at the highest they’ve ever been, as long as you aren’t an Iraqi refugee or a black man from Chicago. But still, given the ulcers I developed at age 7 due to some quality paternal parenting methods, my adolescent self-destructive streak which involved petit theft & youth court, and the college-years attempt to drink all of the alcohol, it is remarkable I made it to this point without having to be permanently hooked up to a machine.

So, as the date approached, I was asked by various & sundry, “Hey, do you want to do anything special?”

I wanted two things – a trip, and a party.

It turned out the party was the easier thing to arrange. My mother wanted to visit from Palm Springs, so I arranged her visit to be around my birthday. Done. My mother-in-law wanted to make her gift food preparation, plus dog-sitting when & if a vacation took place. DONE! A few phone calls & trips to Costco resulted in a very nice barbecue and a coordinated gift from my brothers-in-law of 50 beers for my 50th birthday.

I got the cheesecake I wanted, but only a bag with a unicorn on it, NOT AN ACTUAL UNICORN, DAMMIT!

The trip was a different animal. And it actually turned out to be three trips.

The first trip was a welcome surprise from my brother. A year ago, he purchsed tickets to the Rugby 7s in San francisco for he & his wife. Well, it between then & then, his step-daughter graduated from high school & announced she was leaving to go to school out of state. So, her mom wanted to have a last, long summer vacation with her baby. So he hooked them up with enough miles to spend a month touring Amsterdam, Germany, northern Italy & French wine country. That directly conflicted with the rugby 7s, but he turned that frown upside-down by announcing that we were going, and – more importantly – that he was paying. Giddy up!

Because he was paying, we stayed at the lovely Westin St. Francis on Union Square. It was about a 30-minute walk to the stadium each day, so it was considered ideal for walking off the day-before.

We had tickets for all three days; games started each morning about 10:00AM.

The fun thing about Rugby 7s is that the matches last 15 minutes; there’s always lots of scoring; and the fans are ridiculous. If you can keep the schedule straight, there’s always a team or two that you want to watch.

The round-robin format of the opening days meant each match had consequence, and both the men & women played on the same days, alternating between blocs of matches.

A fun part of the event was that the sidelines were reserved seats, but the end zones were general admission, so we could alternate between watching the games from up high

and then from down low.

Also, because in-stadium beers cost $13 each, we set up secondary camp at The Polo Grounds bar across the street, where actual pints were $7.

On Day 2 of the tournament, a sad little drama played out on the DFO Slack page as Dok Zymm & I tried to cross paths. Sadly, a meeting never came to pass, a fact that I consider fortunate, since actually meeting me might finally turn her off humans altogether.

The fans at the event are always part of the spectacle.

And there’s always one guy whose patriotism goes so overboard he gets accused by others around him of being unpatriotic.

Naturally, the event was a New Zealand sweep. Hakas for everybody!

As for things done & sights seen whilst in San Francisco, I did a little walking around Nob Hill before the flight back to Seattle,

and one night we ate at the finest restaurant I’ve ever been to – the House of Prime Rib.

This place was fantastic. The menu has only six items – five of which are just portion requests for meat.

The sixth dish is fish, which I presume is for vegetarians.

The beef is cut & served tableside, so there’s no guessing about what your slice will look like.

And starting at $45 per diner – with the ability to get seconds at no additional cost – a comfortable evening of meat sweats was also on the menu.

We flew back to Seattle on Monday, July 23rd, where I dropped my shit off at home & turned right around into trip #2.

“Baseball is the only sport that appears backward in a mirror.”

I became Beerguyrob as a result of working as a beer vendor, mostly at Nat Bailey Stadium in Vancouver, selling beer to first Triple-A, then Short Season Single-A baseball fans.

Happily selling beer in 2012; grotesquely participating in an official Nathan’s regional in 2008.

I have also taken advantage of the relationship to road trip to many towns that have other minor league baseball teams. Since I don’t fish or hunt, they were a convenient excuse for getting away. Twenty years into my marriage, I don’t get away on them as much anymore. But using the Veneer of Respectability turning 50 allowed me, I was able to get away for a complete day of baseball with my good friend Matt, who is currently a BC Lions media rep and who I broadcast Canadians games with in 2005 & 2006.

Where the second-best colour-man in the Northwest League would occasionally interview moms & sisters for aunts listening at home.

July 25th was a specific date chosen for the ability to create a doubleheader of viewing experiences. The Mariners were playing the Giants at Safeco at 1:00, and the Canadians were playing the Aquasox up in Everett at 7:00. If traffic & timing worked out, we could easily slide from one to the other with minimal interruption.

The day started at 8:00, after I got to his place & we headed down in his car. Using our NEXUS cards, we skipped the one-hour border lineup & were in the US by 9:00. Two hours later we were in Seattle, and my first beer was in hand at Henry’s Tavern by 11:30.

After a couple more of those Mack & Jack bad boys, and a brief chat with His emissary on Earth (or, at least that street corner),

it was time to get into the stadium. It was a perfect day for a ball game; the good weather, the early start, and the fact that the Mariners were still in the playoff race at the time meant the game was just about a sellout.

The game itself was entertaining enough – the Mariners went up early, blew the lead in the top of the 8th, and then went ahead for good in the bottom half, claiming a 3-2 victory & sending the fans home happy.

Then, the biggest ordeal of the day: Seattle traffic. It is 30 I-5 miles between Safeco Field and Everett Memorial Stadium. We left the parking lot at 4:00PM. It was a Wednesday in July.

Luckily, there was no chance of the game being sold out, and we had tickets through the Canadians. So, we found our way into the stadium,

and settled in for some fine, low-level minor league baseball.

It didn’t matter who won. All told, it was an excellent day with a good friend.

And that was “The Summer of 50” during the month of July. Once July came to and end, that set the stage for Phase Two – the whisky tours, and extending the veneer of respectability to another country.

Beerguyrob
A Canadian man-child of indeterminate age, he stays young by selling alcohol at sporting events and yelling at the patrons he serves. Their rage nourishes his soul, and their tips pay for his numerous trips to various sporting events.
Please Login to comment
18
11
0
16

[…] Having gone to the series in San Francisco last summer, this is a good time. […]

[…] not NFL news but follow-up to my story yesterday about selling beer at minor league baseball games. The Northwest League championship was decided in […]

This is great work.

According to a helpful brochure I received in the mail, it’s never too early to plan your own cremation. Plus, it’s good for the environment! Contact the Neptune Society today.

I don’t need a cremation service. My body has a permanent BAC of 0.02, so all the wife needs to do is put me on a raft & give me a Viking funeral. I should light up like a grass fire.

Is there audio of the second-best colour commentator in the Northwest League? Asking for a friend, the friend is me.

Minor league baseball is the best fan experience of any sport. It’s fast and exciting and they’re good but they fuck up and it’s a fun party in the stands.

Many years ago I would go to Charleston Royals games (I think AA) on 25-cent beer night. You could buy a whole rack for $2. The entire team was made up of shortstops, so all the players were fast as shit. It was fun to watch.

Welcome to the downhill side, BGR. Did a party and a trip last year when I hit the 50 mark — ’tis a winning combo!

Make sure to say hello to the newest inductee into the Poise Boyz:

Great stuff Beer Guy. I’ve got to get to Safeco for a game and might be looking at next season. ATT is fantastic and is in my top 3 stadia this far.
Can’t wait for part deaux!

Wow, this is so much better than the summer of Wakey, which included moving 3 times, moving out a ton of shit out of my hoarding MIL’s place and culminating with throwing out my back.

Hahahahahaa, I scrolled down to look for this comment knowing I wouldn’t have to go far.

“Who cares, did you get the mother’s phone number, asking for a friend.” – Bill B. in New England

Tell me about these 50 beers. Tell me slowly and sexily.

Nice hair on Step Daddy. Where is his Colombia shirt?

The unicorn bag was magical.

Another fantastic post, as usual, by Beerguyrob. And there’s a Part II yet to come!

I am picturing Andy Reid going to the House of Prime Rib and being a little disappointed that it wasn’t actually a house made out of prime rib. 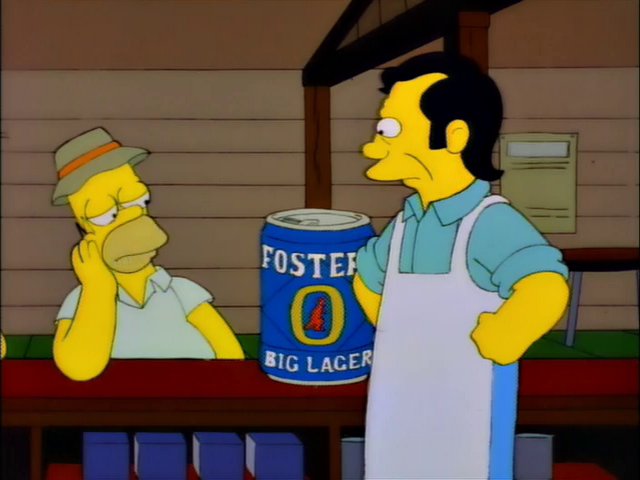 Hot take: I don’t care for the haka and think it’s played out. Do their rivals whip out a Doc Holliday style haka involving…a whisky cup? I bet that would be a real crowd pleaser. They’d then get stomped because as I understand it, NZ is pretty good at rugby, but still, worth a laugh.

The think about the haka is that it would look ridiculous for anyone to do if they weren’t as consistently dominating as New Zealand.

The 2016 Arizona Wildcats football team represented the University of Arizona in the 2016 season. The season was the Wildcats’s 117th overall, 39th as a member of the Pac-12 Conference, and its sixth within the Pac-12 South Division. The team played their home games at Arizona Stadium in Tucson, Arizona for the 88th straight year. They were led by fifth-year head coach Rich Rodriguez. They finished the season 3–9, 1–8 in Pac-12 play to finish in last place in the South Division.

I like how #45 there can’t even keep a straight face.

Sure, he can’t help laughing at the fact that he, an African-American gets to take part in appropriating someone else’s culture. It’s a real trip man.

On my honeymoon Mrs Cola and I went to Wallabies v All Blacks in Auckland. The hair on my arms stood up during the haka, it was unreal.