No one really cares about this team. The last time they were interesting, Mike Alstott was winning fans’ hearts two yards at a time, and Jon Gruden was considered a quality football mind. With that in mind, this preview is gonna be a listicle. I’m lazy, you don’t care, it’s like kismet but less Turkish. (Actually, this is turning out to be a series of bullet points instead of a listicle. This is truly an abysmal effort and I’d be ashamed were I capable of feeling that way.)

Hometown: Tampa Florida (apparently Tampa Bay is a body of water that is comprised of five mini-bays that form a natural harbor and holy crap I’m already bored.) Tampa is a city on the gulf side of Florida that’s mostly known for meth and being the sister city of Ashdod, Israel, which is obviously famous for being where Philip the Evangelist converted an Ethiopian eunuch to Christianity.

Home Athletic Field Park: Raymond James Stadium, which has a stupid-ass pirate ship at one end. I mean, look at this stupid thing:

Nickname Origin: The team nickname came from the days when a pirate named Gasparilla came ashore seeking food and supplies. He met with the local Indian tribe (probably Seminoles or Hindus) who offered to sell him corn (in their language, “maze” because the kernel pattern looked like a labyrinth). Gasparilla was eager to load up on the corn, as he was stupid and thought scurvy was due to a lack of starch. He inquired as to the price, and the Indians huddled among themselves. “We should trade each corn unit for the male deer he has with him,” the head negotiator whispered, noticing the deer for the first time even though, come on, full-grown male deer are pretty damn big. With that, the chief looked at Gasparilla and said, “Okay pirate, you must give us one large deer for each piece of corn.” Gasparailla thought about this for a moment, and said, “You got a deal, chief!” The natives could not believe they sold their corn for a buck-an-ear, and they decreed that if football was invented and a team came to this area, buck-an-ear would be the nickname. It remains the only Indian tradition ever honored by white men.

Ownership: The Buck-an-ears are owned by the Glazer family, whose patriarch Malcolm died five years ago. They also own Manchester United (a “soccer” team in “England”), and lots of real estate. It’s nice that they pay less in taxes than they used to, because it’s about time multi-millionaire inheritors caught a break in this country.

2018 Record: 5 wins, 11 losses. It’s a boring crappy record, like something from Death Cab For Cutie.

Offensive Playmaker: Jameis Winston is quite offensive, especially to certain coeds at Florida State vis-a-vis getting raped. Winston was eventually gifted a charge-dropping, and is a sympathetic character to certain right-wing publications who just hate to see a guy accused of sexual assault (even a black guy). He’s an undeniably talented player and a complete fucking bonehead. It would be lazy to include a meme about the time Winston stole crab legs, so

Other Guys On Offense: Mike Evans spend a couple years in college convincing idiots that Johnny Manziel was a good quarterback, so that’s a positive negative or whatever. Peyton Barber is a running back who can’t run, and O.J. Howard is one of the better non-killing O.J.s in NFL history.

Defense: Jameis said he didn’t do it, and he also screamed “Fuck her right in the pussy” so we report, you decide. Also, the Buck-An-Ears might have some players who play defense, but I don’t get paid enough to look up how to spell EnDommaKong Sue. Actually, I need to discuss my per diem with management. Most leather bars don’t serve food, but getting spanked with a bullwhip should be covered in lieu of lunch. How does bullwhip insertion get coded on our expense reports? Spanking, of course, not insertion, that’s crazy talk ha ha I am a joker. Anyway, coordinator Todd Bowles will probably run a 4-3 system unless he chooses to run a 3-4. Nickel defenses are used on passing downs to keep offenses from stealing your five cent coins.

Special Teams: The ’88 Dodgers, for one.

2019 Prediction: I dunno…let’s say 6-10, with several shootouts, due to a lack of defensive prowess and entitled white incel cucks.

MRSA Forecast: Partly infected with a chance of necrotic tissue.

Anything Else: Nah, we good. Please spay or neuter your pets.

SonOfSpam
SonOfSpam is a mediocre ship captain and an even worse writer. He is allowed to contribute to this website in exchange for money and drugs. Please don’t encourage him or make direct eye contact.

SonOfSpam
SonOfSpam is a mediocre ship captain and an even worse writer. He is allowed to contribute to this website in exchange for money and drugs. Please don't encourage him or make direct eye contact.
Subscribe
Please login to comment
23 Comments
Inline Feedbacks
View all comments

[…] Our 2019 Tampa Bay preview focused on the team’s nickname and the crab-filching faltching felching stealing quarterback. Well, seasons change, people change, but Tampa Bay’s quarterback remains shady. Just in case you missed the news (and the accompanying screeching and wailing from the Greater Boston area), Tom Brady decided to head south for the winter and play his 33rd (ed. – check this or whatever) season in the MRSAmeth capital of Dixie. The 2019 Buccaneers finished 7-9 and played an exciting and unpredictable brand of football. It’s possible that Jameis Winston was a great quarterback and just threw interceptions to keep the crowd interested. But my friend Occam said that it’s more likely he kinda sucks. So in order to get them (warning: sports cliche ahead) to the next level, the Bucs signed a legendary quarterback who’s just entering his prime. […]

Jameis and the Giant Zilch: The 2019 Buccaneers at the Buccabye – [DOOR FLIES OPEN]

[…] bye, and the players rejoice (like they didn’t joice enough the first time). This week, the Tampa Bay Buck-an-Ears get to play grabass off the field and not get CTE, which means I gotta fucking write about how […]

While I was working on my house in Phoenix to prepare to sell this summer, I was running severely low on headphone #content and started following the Bucs’ Canon FIre Podcast. I listened to a couple episodes, thinking I could cover BA getting the old band back together (Andre Ellington still in the NFL, you say?) for previews. Now I see this post and, checking my phone see that six episodes are stored in the bottom of my podcast subscription because, eh, I just did not care.

So, as far as nailing the interest of this taxpayer-funded tax-shelter-for-the-rich — 10/10.

I have a brother who’s a die hard Seminole fan. He seriously believes the grocery store chain has a unwritten agreement with FSU where athletes are allowed to shoplift on one day of the week and Winston’s mistake was choosing the wrong day. Also believes Winston was only told he was suspended half a game (not a full game) thus allowed to dress and warm up and the Uber driver made the accusation because he gave her a bad review.

There is a somewhat plausible conspiracy about the crab legs though. Some say he was given the crab legs by an employee for free, but hey now that would be impermissible under NCAA regulations and could result in more severe penalties to his playing time or against the FSU football team in general. So by “stealing” the crabs he got off pretty light.

“How does bullwhip insertion get coded on our expense reports? ”

That form goes to Accounts Payable. This is Accounts Receivable. Now get that shit outta here ‘fore I cut your white ass. 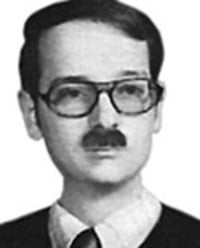 Please spay or neuter your pets.

Todd Bowles is perfect since the stadium is so wretched it makes everyone shit themselves.

How does bullwhip insertion get coded on our expense reports?

I saw Jameis Winston play in person. He was just awful. He wasn’t reading the defense and he was forcing his balls into tight spaces where it didn’t belong. Two things he learned in college I guess.

The natives could not believe they sold their corn for a buck-an-ear, and they decreed that if football was invented and a team came to this area, buck-an-ear would be the nickname. It remains the only Indian tradition ever honored by white men.

That crab leg photoshop is glorious

I was wondering where the deer corn joke was going and I was not disappointed.
Death Cab for Cutie opened for Franz Ferdinand in 2006, they sucked then so I assume they continue to suck.

The last team preview I read was informative, taught me somethings about the team and even that Jim Borgman is a Bengals fan. This preview is full of misinformation and left me feeling confused and stupid for ever expecting something worthwhile out of it, like something from Death Cab For Cutie.

He really is a dumb motherfucker.