Seriously, it really is.  And I’m gonna tell you why.

Well, it’s the last weekend of February already.  Can you believe that?  I can’t.  Even still, however, it should be the last DAY of February today, but we arbitrarily add a 29th day every four years, which comes tomorrow of course.

3 out of 4 years, the March calendar is easy-ish.  The dates (numbericals that is) for each day is the same for March as it was for February.  Less shit to ‘memember.  That’s always good.

But then that fourth year arrives.  THIS year.  Leap year.  We add one extra day and it fucks everything up.  Wouldn’t it be easier to just install a reverse thruster onto the planet and slow shit down ever so slightly so it actually orbits the sun in 365 days flat, rather than 365 and 1/4 days?  And even without that technology, who cares?  So what if in 400-500 years or so we’d be celebrating Christmas in September.  I seriously doubt Jesus would care.  He’d get his Birthday Party earlier that way anyway.

Sorry, am I rambling?

OK, fine.  If the people who make the calendars can fuck about with time, then I can bitch about it.  And I can also just arbitrarily do whatever the hell I want just like they do.  And that’s what this week is.  A free for all.  No themes.

WHO WANTS TWO DAYS OF SEXY THIS WEEKEND?

But tonight, just like on February 29th once every four years, you’re getting whatever the hell I decide to make up and give you.  Good luck with that.

And of course March starts up on Sunday.  And I’ll still be just as lazy.

Which reminds me…  When do we turn the clocks back?  Wait whut?  Forward?  Are you sure?

I’ll get it right by the time we get there.  Presuming I don’t just smash all the clocks.

Yeah, you know who you are….

Frankly, I’d rather kill myself than watch that.

Some Pretty Girls Who Could Stop Time

You ummmmm….have a little bit of sand on your cheek.  No the other one.  I’ll get it for you.

Yeah, I’m out of touch and now out of time.

Have a great weekend everyone.

theeWeeBabySeamus
An unapologetic, even if often manic-depressive (it's a requirement given his choices of sports teams), fan of NC State University, the Baltimore Ravens and the Baltimore Orioles. When not parked in front of the computer and/or TV, can often be found on the golf course shouting obscenities to no one in particular.
Please Login to comment
55
71
0
18 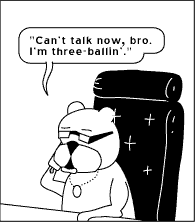 Bad night on the sheet tonight. I was chucking rocks into the seats. That First Lady is delightful. The first picture, I mean. My phone capitalized first lady on its own. But if the dems want to win they’ll run Michelle next time around. This election is the equivalent of a rebuilding year.