An aspiring nihilist who lives in British Columbia and enjoys watching the Seahawks, Blue Jays, and many of the incredibly frustrating teams based in B.C.

Many days ago I went to buy a roll for my bathroom. I reached for the last one they had but so did another man. As I rained blows upon him I realized there had to be another way.

What happened to the roll?

It was destroyed. But out of that a new method was born. The bidet was the new way!

And I had no idea there were bolt-on bidets you can just jam right onto your existing turlet! What a world we live in.

Now, as I’m sure you’ve heard due to the relentless news coverage, my curling league been cancelled. It was the week of playoffs so we will never know for sure if the team could have repeated as Friday Night Novice Champeens.

No matter. The real crime was the cancellation of the 2020 World Women’s Curling Championship. In an attempt to suture this gaping, tattered gash on our souls I will present to you the Theoretical Women’s World Curling Championship! This is something I brazenly cribbed from the Banner Madness series due to the sheer joy of voting and seeing the numbers go up afterward.

Will anyone care? Most likely no. But will there will be hot curling ladies aplenty and as much erotically-charged curling innuendo as I can think up on the fly? Most definitely.

For some inexplicable reason (lack of interested countries? I know Estonia can play) there were only 13 teams competing for the title this year. This works fine in a round robin/page playoff event but in order to make this work here I’m just going to give a first round pass to the top three teams based on their world rankings (which is how they’ll be seeded for the imaginary tournament).

So since #1 Sweden, #2 Canada, and #4 Japan are off polishing brooms, here are your Round One competitors:

First off we’ve got Team Stern from Switzerland, the sixth-ranked team in the world. Elena Stern is the skip but throws third stones.

They’ll be taking on Denmark, led by skip Mathilde Halse. This is a pretty young team, I don’t think they play in the Grand Slam events on this side of the Atlantic so I can’t even say who’s who on the roster except that Halse is the second from the left here and I like the way the two on the right are smiling at me.

Who puts it right on your button?

Next up is world #9 Eve Muirhead and her Scotland rink. She’s had a good amount of success in international play, including a bronze in the 2014 olympics and winning the 2013 world championships, but has recently been overtaken by Anna Hasselborg for the title of “best non-Canadian lady curler”.

Scotland will be putting their 51-21 record and a shining 8.49 PPG vs. 5.90 PA up against Anna Kubeskova and her #79 ranked team out of the Czech Republic. I know nothing about this particular group but they’re sure to put in a game effort.

They’ve got a record of 21-27 and have scored 6.42 per game while giving up 7.29 so they’ll have to hope they can improve their hammer efficiency from 0.27 to have a shot in this tournament.

Who’s sweeping it right into your pocket?

Next up we’ve got Tabitha Peterson from the #10 ranked United States. The team is usually skipped by Nina Roth but Peterson is skipping due to a baby coming out of Roth.

They’ve been to the Worlds twice and the Olympics once. I thought Team Sinclair with the foursome of leggy models would be here but, alas, they are not. Their 43-16 record is impressive, as is their 0.56 force efficiency. I’m a fan of second Becca Hamilton (below, second from right). She seems like she’d beat me at most sports.

They’ll be up against the Italians and skip Veronica Zappone, who in addition to having a great name also has a really good-looking team. She’s second from right below but whoever is in the middle should always be the designated screamer on the ice. I have yet to have that agreed to by the team but I will continue to send my weekly request letter.

Which team makes you hurry hard?

Now for one we’ve all been waiting for – the Russians. Sidarova and Bryzgalova are much better known due to a tendency to remove clothing in the vicinity of photographers but this year they are led by Alina Kovaleva.

They’re matched up against another one of my favourites, Daniela Jentsch and her team Germany rink.

They not only have the most widely varied heights of any of the teams, I just really like Daniela’s whole look. Those glasses, man, they make me want to pull out my old corn broom and just start a-sweepin’.

Whose slider would you clean?

And finally we have the #17 ranked team from Korea, skipped by Un-Chi Gim. They’ve got a 61-24 record and a nice 0.60 force efficiency. They’ve scored 8.74 per game vs. 5.89 per game against and here they are with their Canadian coach, who needs to quit thinking those dirty, dirty thoughts.

South Korea will be taking on #26 China in this matchup. China is led by skip Yu Han and brings with them a 38-21 record and a steal efficiency of 0.41. With 8.57 / 5.70 points for and against, they almost certainly bring along their own, equally filthy-minded, Canadian coach.

Whose guard would you bury your stone behind?

That’s it for the first round. That was long and unnecessary but I had to write an overly long post about something so… there you go.

BC Dick
An aspiring nihilist who lives in British Columbia and enjoys watching the Seahawks, Blue Jays, and many of the incredibly frustrating teams based in B.C.
Please Login to comment
15
13
0
13

“After a night of drinking my husband is lucky to manage a .12 force efficiency. I usually finish in the bathroom after he’s passed out.”

I should’ve rigged the matchups so the ones I like best would win. Though based on the drooling below it looks like Eve and the Scots are going to be a tough out in this competition regardless of matchups.

I have been working and lurking, but did want to thank you degenerates for the continued content while we are all shut ins and to echo the sentiments of folks below like 1) excellent work, BC Dick and 2) that Scottish lass warms me up like the 18 year old Balvenie I am now going to hunt down in my liquor stash and savor a bit.

I really want a plug in bidet now. My asshole needs some loving.
Wait, let me rephrase that….

I’ve seen a girl holding a golf club with that look in her eyes before. So has Tiger Woods. Neither of us would reccomend it.

This was so goddamned great. BLESS YOU DICK.

Get me a case of Buckfast, a carton of Lambert & Butlers and lock me in with the Scottish team. 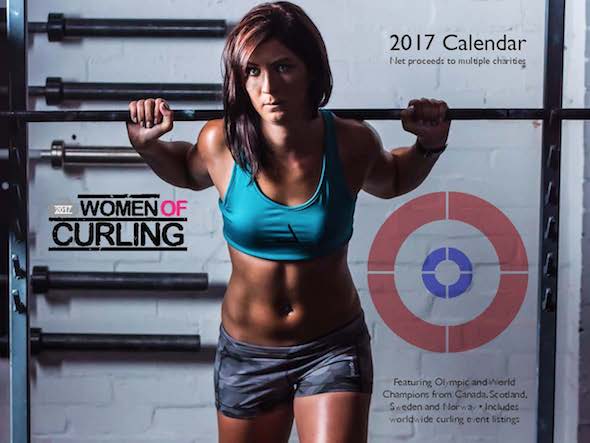 I need to find this calendar!

You’d never get the pages from January and February separated.

Congratulations on your bidet reveal getting me to literally burst out laughing. I needed that.

Im into the blonde shorty with the glasses. Is she team Germany or team Russia? 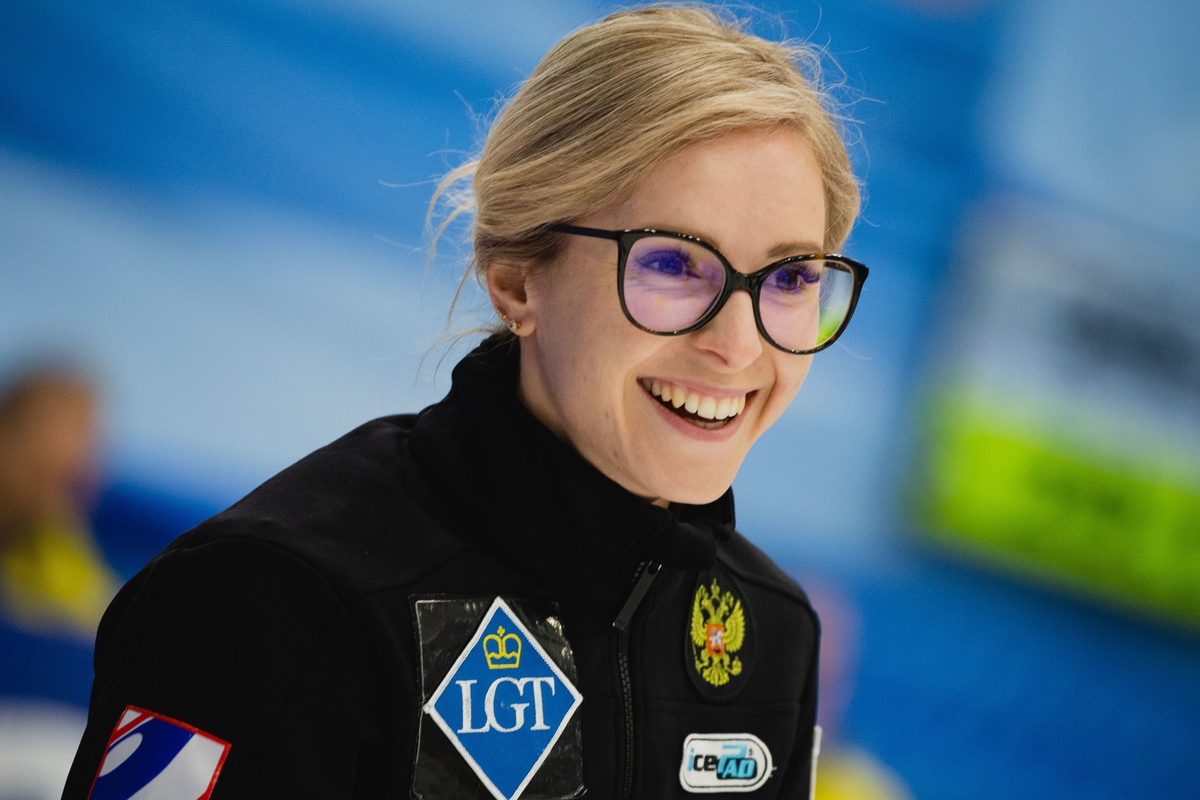 The mayor of San Diego shut down all the beaches.
Good call.

That Danish team looks like it was made for Jeffrey Epstein.

-He’s dead, but his co-conspirators aren’t

Like I’m ever going to bet against Russia when it comes to a battle against Germany in the winter.

If they had Daniela and those glasses back then we’d all be speaking German today.

I would let Eve Muirhead do terrible terrible things to me.

yeah, she’s my favourite, even before you get to the “more head” jokes.

I am also up for the whole broom thing if need be.

Holy shit the last two were tough decisions! I gave it to China just because of the girl in the middle.

“I gave it to China”

And boy, is your dick tired!