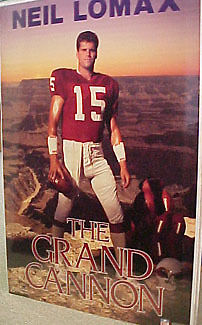 litre_cola
Loves to use the letter U behind O. Iggles fan, Fulham FC supporter. Bartend as a hobby in Canadia.

I love the desert, maybe I can squeeze some golf in after the interview. It’s so handy that the stadium is so close to the metro area and Sky HarboUr…… It has proven to be very successful for the local hockey heroes, their attendance is through the roof and they have never had any issues with the City of Glendale. In all seriousness for 8 games a season the University of Phoenix Stadium is fine but it is no wonder that the Ice Cards get no one out there but nonetheless ole Herr Bettman still seems to think it is viable. The restaurants around the facility are great but you have to wonder how busy they are when nothing is going on.

Hey! They are rolling in the playing field from the parking lot, maybe I will just hitch a ride in.

I approach a dread-locked man with his back to me. Is it? Could it be?

LC: Excuse me sir, I was wondering if you could show me to the locker room where I have a scheduled interview? 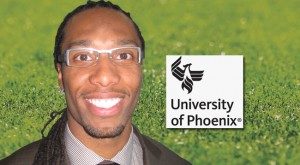 Larry Fitzgerald : Sure! Who are you here to interview?

LC: Well the website I write for has me going city to city in the offseason interviewing qb’s for the upcoming season.

Fitz: Ummm, I don’t know how to tell you but we don’t have one. In fact we have no qb’s on our roster at all.

LC: What do you mean?

Fitz: They all either retired or got wheeled out of here at the end of the season.

LC: Well you signed on for another year why would you do that with not knowing who your qb is going to be? You could have gone anywhere.

Fitz: Have you seen what I have had to deal with in the past? Whoever we get they have to be better than what I have dealt with. That, and I am not Jerry Rice, did you know he played for Seattle?

LC: I did, it was a sad way to end a career for sure. You must just be content playing at your alma mater’s stadium.

Fitz: I went to Pittsburgh.

LC: So, all those commercials I hear are false? I thought that you were the greatest receiver to ever come out of U of Phoenix?

LC: Oooh you’re a doctor then?

Fitz: I have heard about you and you truly are an idiot.

LC: I get that a lot but I’m an accredited journo just like your dad! Are you playing next year?

Fitz: I certainly am not telling you. Don’t you think I would tell my father?

LC : Well you did go to University of Phoenix. 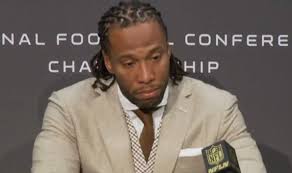 I make my way into the facility to see what they are going to do about the apparent lack of qb’s on the roster. Might as well skip the locker room and head to the offices to see what is going on. There is a sound coming from inside one of the offices, 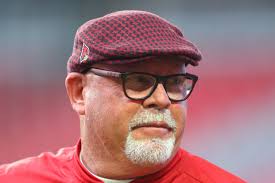 LC: Can I ask you a couple questions?

BA: IF YOU HELP ME WITH THESE GOD DAMNED BOXES SURE AS SHIT YOU CAN!

LC: I have a bad back and didn’t bring my medicine but what the hell. Are you excited to be retired?

BA: WHO THE FUCK SAID ANYTHING ABOUT RETIRED? MAYBE I’LL CALL FUCKIN BOSS TODD AND WE CAN GO HUNTIN FOR TRIM IN HIS IROC. THAT FUCKING ASSHOLE IS A GOOD TIME. PRO-TIP, DON’T GET BETWEEN HIM AND THE CHAMPAGNE WIVES BECAUSE SHIT GETS PHYSICAL. I ACTUALLY THINK I’M GOING TO BUY ME A FUCKING BOAT, GRIND TAPE, AND FISH. YOU KNOW WHO ELSE DID THAT?

BA: GOD DAMN RIGHT, JESUS MARTINEZ COACH OF  A PREP SCHOOL DOWN IN YUMA. THAT FUCKING GUY ONLY SLEEPS 2 HOURS A NIGHT AND WATCHES 3 SCREENS. I DON’T KNOW HOW HE FUCKING DOES IT. PROBABLY MESCALINE BUT MY OLD TICKER CAN’T HANDLE THAT ANYMORE! JUST GET ME A ‘LOB.

LC: Alright then, so you left them with no quarterbacks here on the roster and you supposedly didn’t know if you were returning or not, so you kinda sabotaged yourself wouldn’t you say if you were to come back?

BA: BURN IT TO THE GROUND I TELL YOU. OLD BA HAS A FUCKING TEETIME LATER AND AIN’T  HELPING WITH SHIT. YOU MET THOSE BIDWELL ASSHATS.? YOU MET EM? YEAH FUCK THOSE GUYS WITH BOSS TODD’S DICK. I FUCKING NEED TO CALL THAT GUY. THE BIDWELLS TALK ALL THIS SHIT ABOUT INVESTING IN THE TEAM AND THEY DO A BIG FAT FUCKING NOTHING. THEY JUST FUCKING SIT HERE AND COLLECT THE GOD DAMN CHEQUES. I GOT A GOD DAMN QUESTION FOR YOU MUCHACHO, FITZ BEEN HERE HOW LONG?

BA: I DON’T FUCKING KNOW EITHER, BUT HAVE YOU GOD DAMN SEEN THE QB’S HE HAD TO CATCH FROM????

LC: Wow, other than Warner that is mediocrity at its finest.. I can honestly say I do not remember St. Pierre, Bartel or the fact that Derek Anderson played there.

BA: DAMN STRAIGHT? I THOUGHT JOHN NAVARRE PLAYED FUCKING GUITAR FOR JANE’S ADDICTION YOU KNOW. NOPE. BA WAS DEAD WRONG THERE. WASTED TALENT THERE. IF THEY HAVEN’T HELPED OLE FITZY FOR FUCKING YEARS THEY AIN’T HELPING BA! MAYBE ADRIAN PETERSON CAN SWITCH TO QB! WHAT DO YOU THINK ABOUT THAT?

BA: THANKS BUD! THIS WAS GREAT BUT I GOT A FUCKING TEE TIME AND THE A FUCKING TRIP DOWN TO THE HABERDASHERY FOR SOME GOD DAMN NEW HATS. SEE YOU ON THE TAPE BOAT MOTHER FUCKER.

If you missed two weeks ago in Dallas.

*It is very odd to me that the have no quartebacks anywhere. If JFF wants to prove he is on the straight and narrow he should get a camp invite. I like the Cardinals and they really should have a couple guys in there learning the new system.

litre_cola
A pugs best friend. Wine drinker. Loves to use the letter U behind O. Iggles fan, Fulham FC supporter. Bartend as a hobby in Canadia. One of the resident futbol freaks at the clubhouse
Subscribe
Please login to comment
28 Comments
Inline Feedbacks
View all comments

Beautiful. Then again, I’m easy when it comes to Fake University jokes. 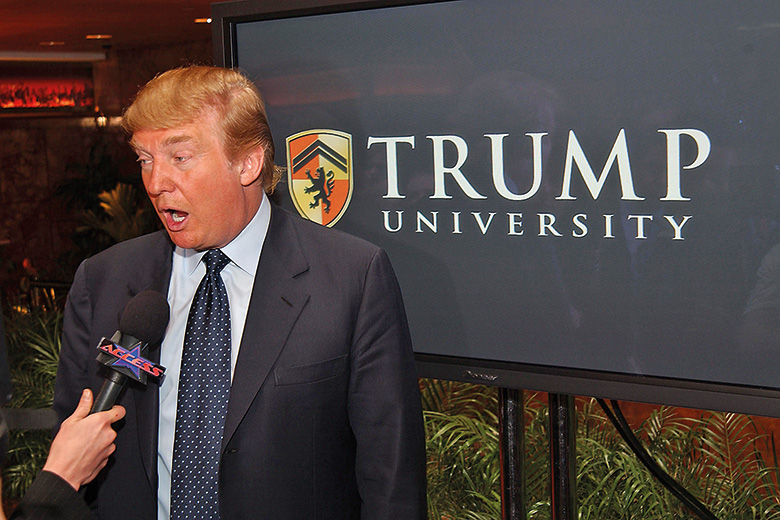 You know who else is big in the deserts besides Jesus?

“Oh, you said deserts, not desserts…nevermind.”

Didnt he become all jesus-ey and is saving clitoris’ in Africa or something?

What do you save those for? Like a soup stock?

SonOfSpan turned into Patrick Bateman so gradually I barely even noticed.

Not sure, but that sounds like something he’d do. He’s a complicated guy.
He was molesty harf harf long before Ben. Ppl forget that.
But he’s done some good shit too. Also a big weed guy.
Weird dude.

Pleaded to a misdemeanor when he got drafted. Yes; he is an advocate for THC to be used more as a painkiller so that people don’t get addicted to opioids.

No; he moved to Idaho to be near his family and told the NFL to fuck off; turned down $5.3 mil, a lot at the time. He was really bothered by Pat Tillman’s death in Afghanistan by “friendly” fire and the subsequent cover-up by the army.
https://www.milehighreport.com/2011/2/9/1985168/former-broncos-qb-jake-plummer-continues-to-do-things-his-way

Who you tryin’ ta mess with ese?
Don’t you know I’m loco? 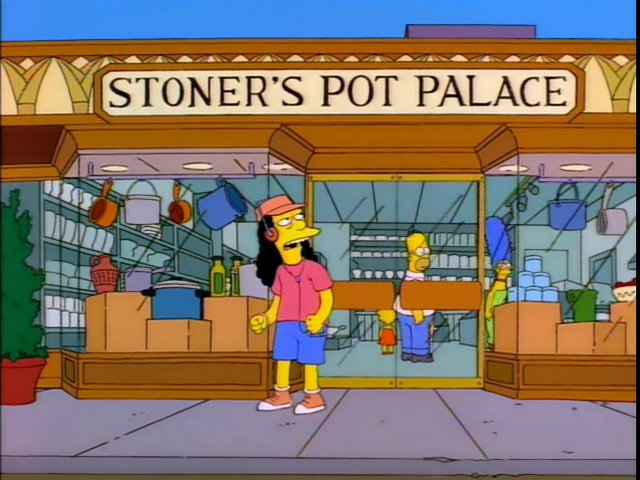 None of the Above is an improvement over what they had. 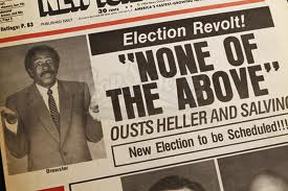 I can think of a quick solution to their QB problem:

He cares as much as the Bidwells.
I think that I had better do the Dolphins soon or else he will be gone.

The lack of the sombrero threw me off

Probably need spoiler tags on that.

Too late, we’re all pregnant now.

“I can’t wait to go for a ride on this…Tape Boat…oh, nevermind.”

Why do I feel like Matt Leinart is already loafing on Bruce Arians’ boat even though the man hasn’t even bought it yet.