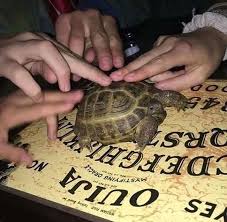 I tried to get a “Wednesday Motivational” out of TWBS through a séance with my santero neighbors. Turns out the oracle (turtle) only knew Spanish. And, I was too high to translate. Sorry, I’m an atheist; had to take the edge off my snark to make it out alive.

Turning to terrestrial matters, I really do believe it’s gonna be OK, eventually. I have hope. To be precise, I am sure that there will be a 2020 NFL season. Should Gamblor were to charm me, I’d put $100 USD that the season will start in September, 2020. In short, we have to remain positive, and I have complete faith in the NFL’s greed.

While the NBA, NHL and MLB are still working our what to do with their seasons, the NFL had the draft and schedule release—full of caveats, but a complete schedule nonetheless. During these last weeks, smack in the middle of the NFL offseason, states have been announcing that professional sports can resume. Meanwhile, NFL teams have been opening facilities (Beerguyrob covered all this magnificently in last night’s Open Thread), and I presume the league has been developing PPE uniforms, chloroquine* Gatorade, hand sanitizer stickum, and new waiver clauses to all contracts.

* Do not take chloroquine, unless you’re President.

The new collective bargaining agreement added two playoff teams for the 2020 postseason. Until the season is played, that’s honey for everyone but the eventual #2 Conference seeds. The broadcast contracts run until 2022 so ***Obvious Crap Alert*** the NFL needs 2020 and 2021 to be as profitable as possible. Time is on the NFL side, and the league is crapulent enough to deliver.

TWBS used to say I was an optimist, then we usually argued about who thought worse about humanity. But we both thought that one has to work within the circumstances and only worry about what’s within our control. And sometimes, you just gotta get detached, 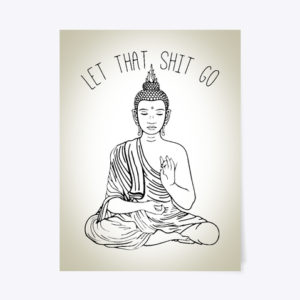 , and trust that the NFL is not going to exercise discretion during the first season of the Las Vegas Raiders.

I still remember when Tony Romo had a Fantasy Football venture in 2015 that the NFL shut down. For the league, it is never about integrity. Then again, the purpose of any private company is making money. Virtue does not fund any commercial operation, and I’m sure even food banks employ assholes.

So fear not. The NFL season will start on time because it’s run by capitalist pigs who consider scruples an obstacle for growth. High school seasons have been cancelled. 2020 college football it’s still in the air. The NFL could well become the only game in town. Ooof, the windfall is so nauseating in a very, very soothing way.

If, per Wednesday tradition, a positive exhortation is required, how about “let’s be less judgmental with ourselves for supporting corrupt entertainment concerns”.  I certainly try. Then again, I’m a smoker and a boxing fan. So, with the NFL, guess I’m in three product-over-nefariousness camps.

As to NFL players, I’m not worried. Actually, what I’m not worried about is being condescending towards NFL players, by thinking that I know more than them about the risks to themselves. Whether it’s concussions, El Covid, foggy plexiglass facemasks, 17 games in 2021, or playing for Dan Snyder, it’s the players who take that risk—and I respect their decision to play a dangerous game. When they play, I’ll watch. This timeline needs a lot of frivolity.

Portuguese bullfights are the bomb.

I like them only when the bull wins. Now I can take your NFL comments in context.

I am positive that you are the master of the double entendre.

I just watched a replay of a KBO game where it was scoreless by the bottom of the 8th and I actually became interested enough in seeing who won that I kept watching after my workout was over. It show just how starved for sports entertainment I have become. And now I don’t even remember who was playing. Samsung Lions were one of them.

Oh, and Hank Azaria called in as Brockmire. He was pretty funny.

Remembering that time trolls in World of Warcraft predicted the pandemic
https://www.youtube.com/watch?v=EB3jOD2wjUc 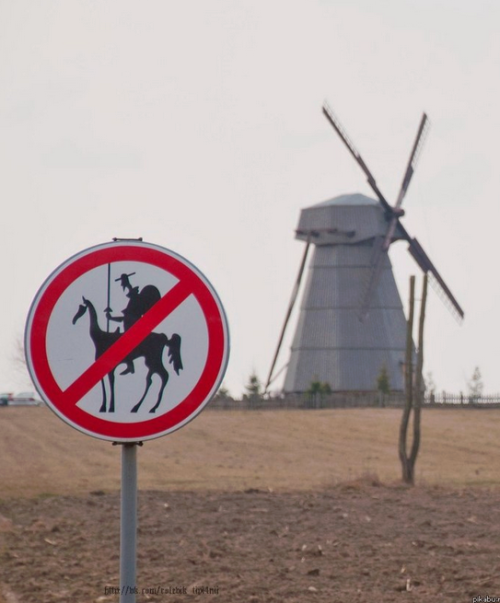 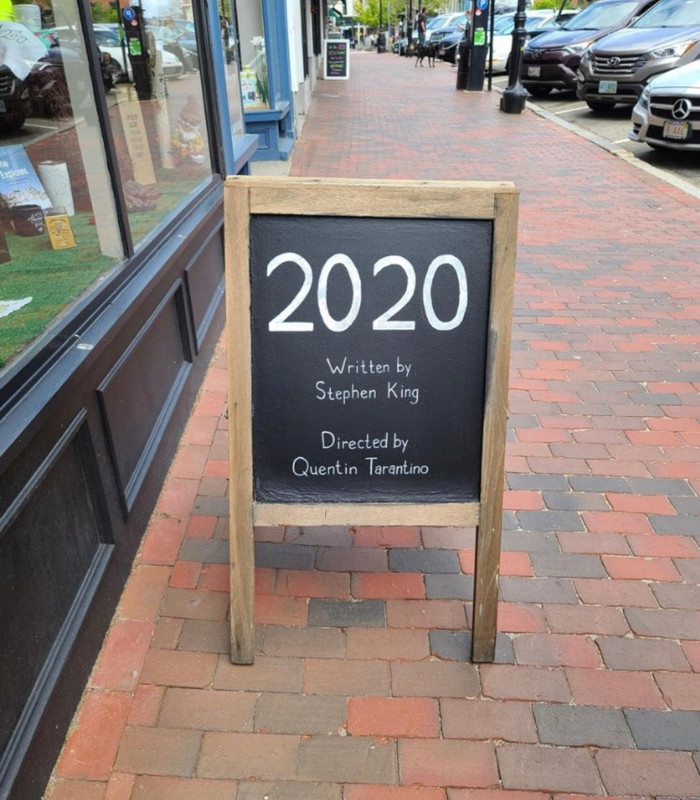 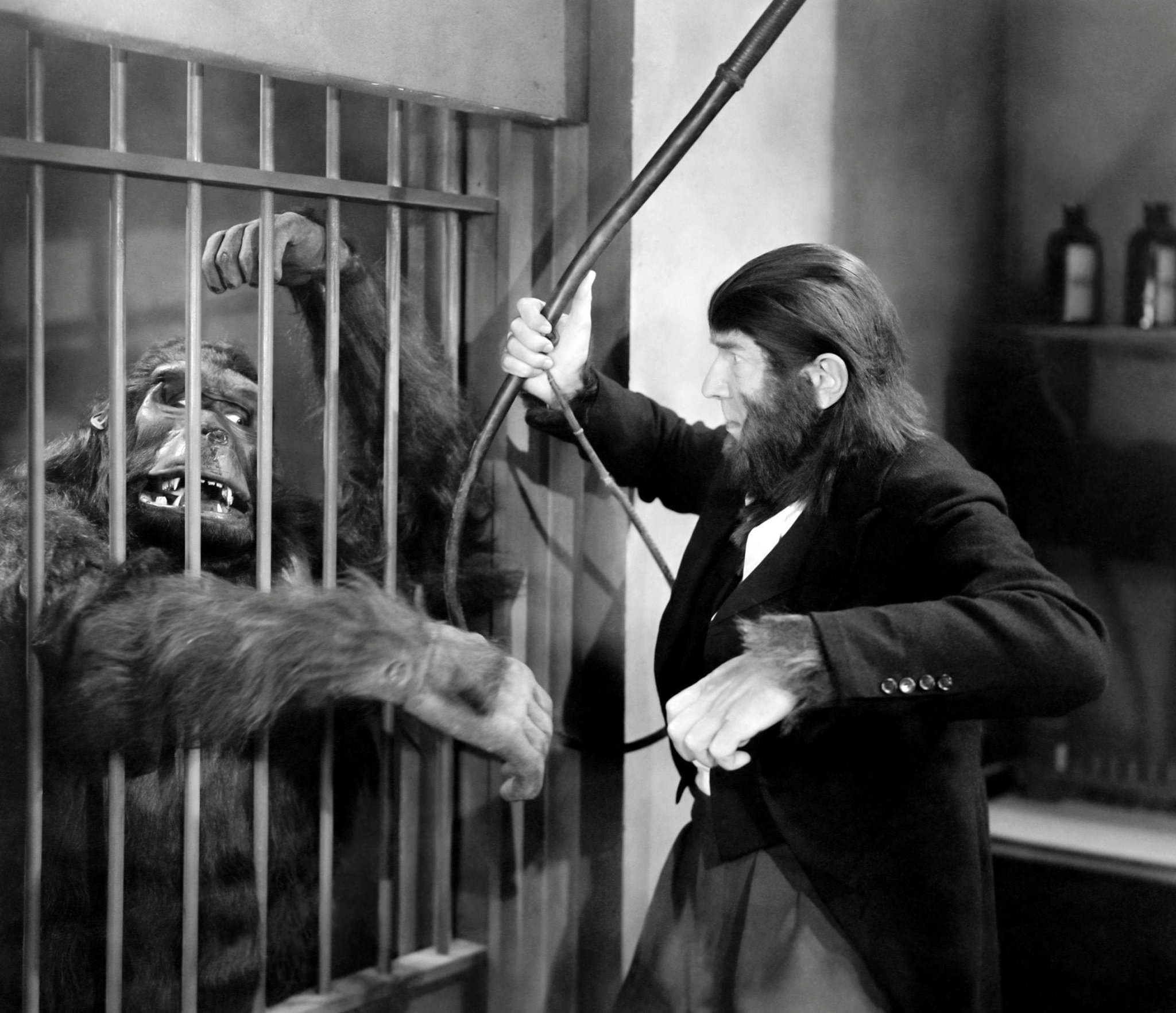 Get Oook a fucking lawyer!

Some sports to resume, but thankfully sports Crimebeat has never left us.

High school seasons have been cancelled.

Have they really? Even in Texas? 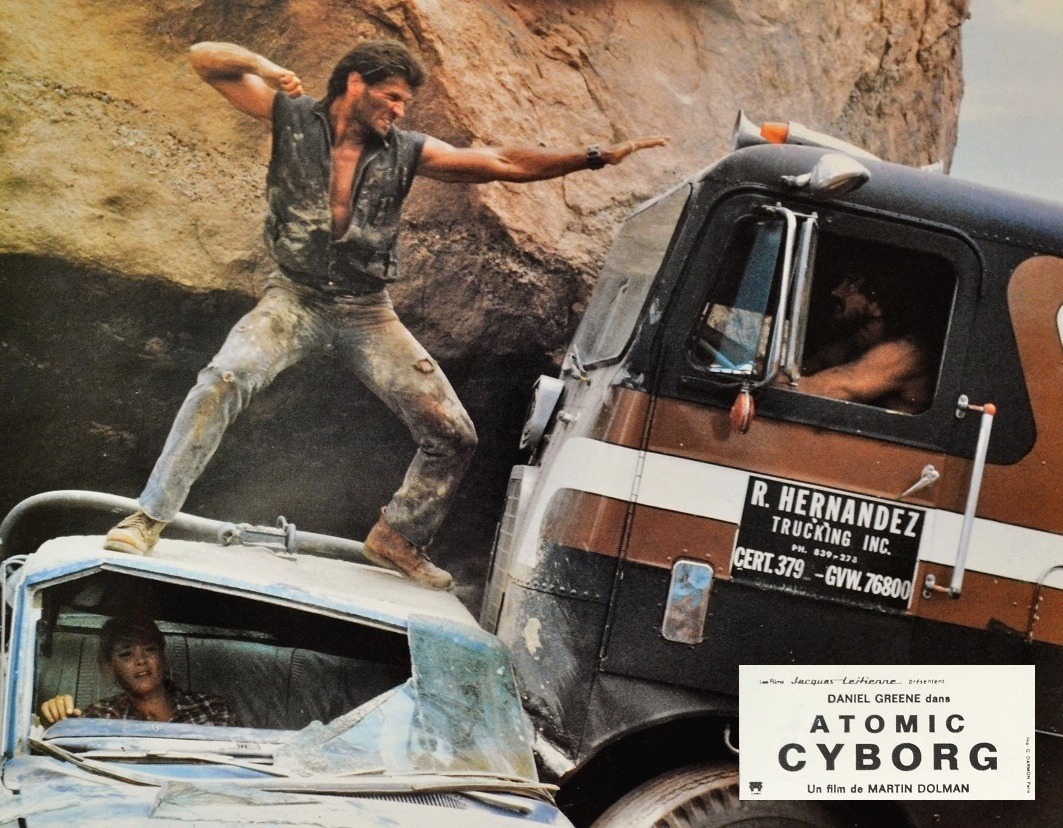 The new Citations Needed episode is on how the NFL reopening is likely to be a cudgel Trump will try to use to win an election, so every ounce of bullshit will be employed to make it happen. Owners are gonna be even slimier and more insufferable than usual.
https://soundcloud.com/citationsneeded/news-brief-trump-the-nfl-and-the-upcoming-mother-of-all-culture-wars

I think they are vastly overestimating how popular football will be without the socialization aspect of it. I mean, it will still be a big deal, but any kind of rah-rah bullshit they try to use the games for will just be preaching to the choir.

While I agree, I also believe the morons in charge believe it’s a slam dunk of the George Tenet variety.

Maybe they can get the Air Force and Navy to continually overfly the stadiums during the game and broadcast footage of the planes doing their formation flying every time there’s a break in the action. Hell, they could just use stock footage and save an assload of money. 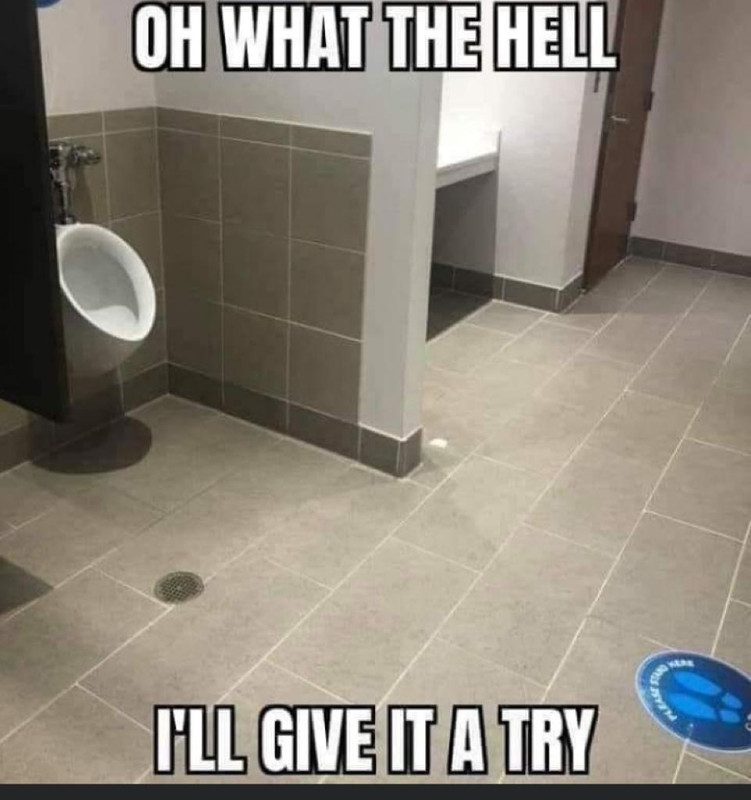 Bonus points for sharp shooting into the floor drain?

Mrs. Sharkbait and I re-located to Cape Cod for the time being. Our mid June to mid July tenant unfortunately had to cancel their booking so we’re going to stay down here for a while. If we’re going to be stuck somewhere, might as wekk be somewhere were we have a yard and more space.

We’re being responsible and not leaving the house at all for 2 weeks just to be sure.

How will this impact the new server build?

Running Anydesk because I dont want to expose a port for windows built in remote desktop, and I havent figured out how to VPN back to it. As of now It’s up running Server 2016 for an OS and its main function is my Plex server. I also installed HyperV to run Raspbian on a virtual machine for a raspberry pi for network wide ad blocking

Why am I just finding out that one of our DFO brethren has property on the Cape available for renting? Do you take DFO stock as payment?

I’ve finally gotten used to the fact that this is going to be a year(s) interruption instead of a temporary inconvenience. We’ve adjusted life accordingly and it’s bearable.

Now it’s just getting through the long slog without forgetting why we’re locked down in the first place.

I really feel for the folks who eventually return to the workplace. It ain’t easy doing this shit everyday but I’ve done it daily for the last two months. Just don’t let your guard down and continue to take this shit seriously. And for Christ’s sake wash your goddamn hands!

And wear your mask when out and abouts

Now it’s just getting through the long slog without forgetting why we’re locked down in the first place.

Russian visionary is wrong in predicting that a mere 40 years later in 2021 that countries would actually be able to deal with a pandemic. 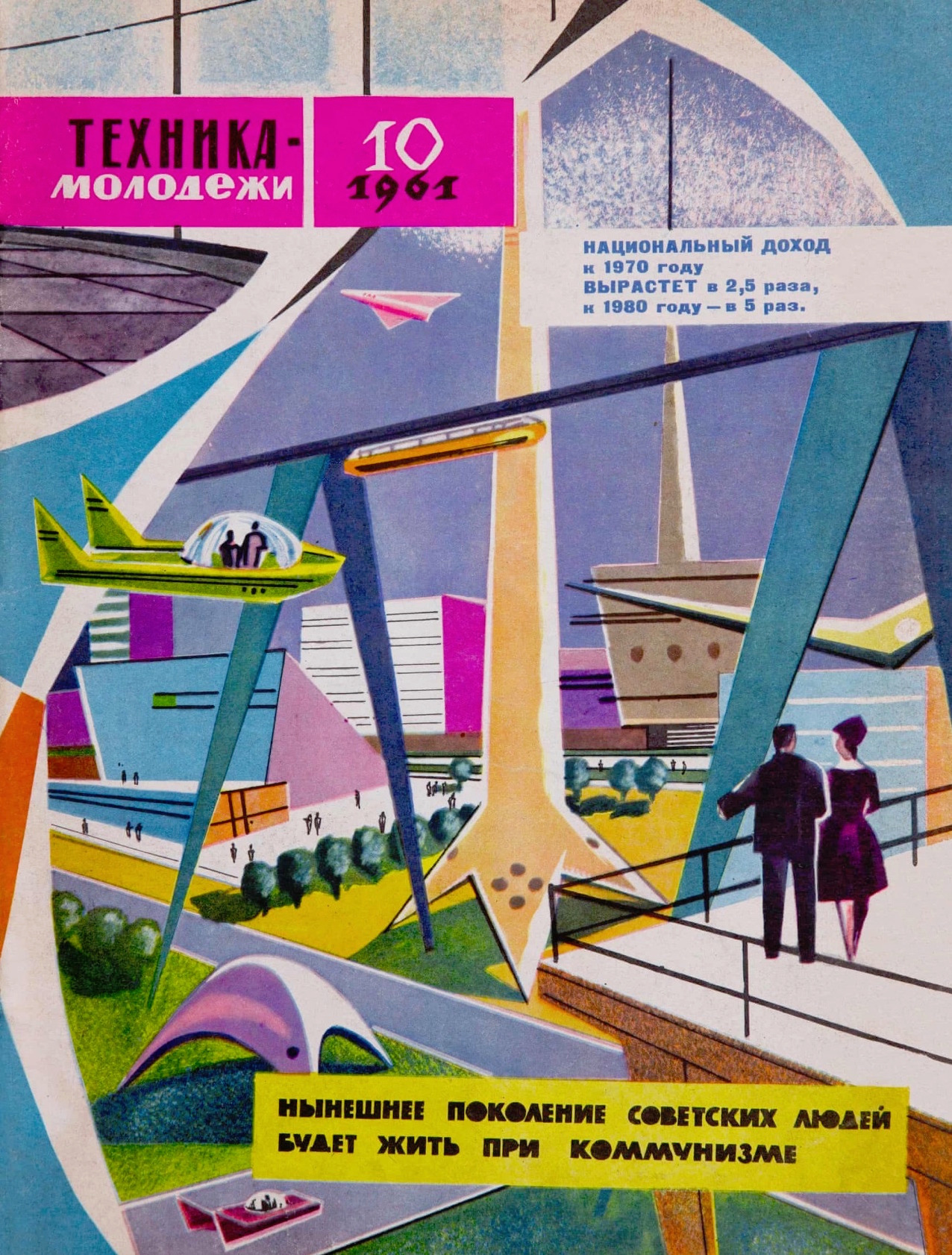 Also heads up the Space X launch is scheduled for later today.
Should be cool. 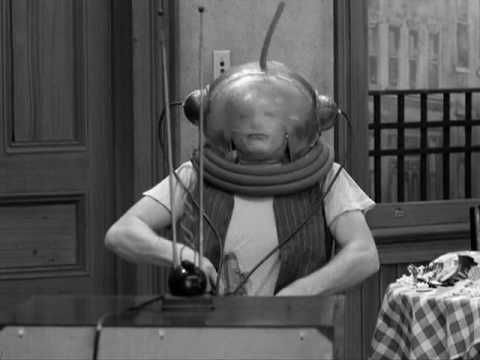 I’m watching the Bundesliga as the canary in the coal mine. If those guys start testing positive, NFL will really have some tap dancing to do, even with empty stadiums (stadia?).

The Bundesliga certainly should be. But I’m afraid the NFL, like the US Fed. government, make up their own rules.

I too am watching Bundelsiga like an addict. Probably due to me being a futbol addict amongst other things.