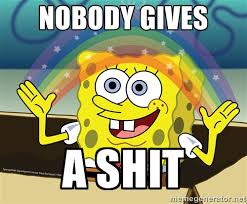 This year, for some God-forsaken reason that I can’t remember, I decided to join 5, count them, FIVE fantasy football leagues including the two 20-team insane leagues we created in this here website. How did I do?

Team name and meaning: Steel Sidebottoms and it’s a play on a real-life AFL player named Steele Sidebottom.  I shit you not.

Regular Season result:  3rd of 12. Qualified for the playoffs!

Summary:  The guys that run this here site had been running this league from back in the KSK days and (out of pity?) decided to invite me to join them this year.  Luckily, I was able to put in a good enough showing so that I’ll be invited back next year.  Although, I’m still pissed that I missed out on a first round bye because the tiebreaker in my division was head-to-head and I lost to Cuntler twice. Ah, well, it probably wouldn’t have mattered because I got stuffed into Horatio’s locker in the first round of the playoffs and them promptly got steamrollered by Rikki Tikki Deadly in the 5th place game last week.

Team name and meaning: Laveon’s Steel Balls and it’s a play on Le’veon Bell, Steeler RB until his leg was destroyed for the year.  Apparently, I can’t spell his name right.  I’m a horrible fan.

Regular Season result: 4th of 12. Qualified for the playoffs!

Summary: I’ve been playing in this league for almost 15 years.  It’s put together by a friend of mine that used to work for me many jobs ago and it’s mostly made up of his family members (hence the name) who all happen to be Raider fans.  There’s a sprinkling of Cowboys fans too and some law enforcement, so basically it’s made up of the most hated people on this planet.  Injuries really ravaged this team, but I managed to sneak into the playoffs.  This is a big money league, so I was hoping to at least get 3rd place money, but that dream was dashed when I lost in the first round.  Subsequently, I lost in the 5th place game.

Regular Season result: 2nd of 10. Qualified for the playoffs!

Summary: This league started back in the KSK days and has a bunch of kommenters from there.  It’s a committed group and we’ve been able to hang in despite the downfall of our beloved old site and the fact that people move on.  This is my other money site, so making the playoffs was key.  I won the first round and just this weekend lost in the championship game.  It was a nice reversal as last year I beat the same team for the championship, so the circle was completed.  I don’t mind second place.  This league is tough.

Team name and meaning: Nakia’s Cockatoos and it’s another play on the name of a real AFL player.

Regular Season result: 6th of 20 (but only because the playoffs got expanded to 6 teams at the last week.  Yeah, I was the Washington Redskins of this league.  Still qualified for the playoffs!)

Summary:  This is the first of the two 20-team leagues we put together on this site and I can say it was pretty damn fun!  20 teams wasn’t as bad as I thought it would be.  Of course, since this league is made up and the points don’t matter, the championship will be held NEXT WEEK. I lost in the first round of the playoffs, but came back to win this week and grab 5th place over Hodor?

Summary: Sill’s insanity league was indeed insane as we routinely had scores in the 200s and even some in the 300s as his scoring rules were…not normal.  That made it a lot of fun, though.  I won my first playoff game last week against VaccinesCauseCutler (3 seed) and I thought I would be in trouble against the #1 seeded Krieger’s VAN van.  Somehow, someway, I pulled that one out of my ass thanks to Kirk “YOU LIKE THAT” Cousins who got 63 mothaflipping points to vault me to the championship.

Feel free to share how you did in the comments.  No one cares, but it’s still fun to talk about it.

I know I’m late to the party on this one but who doesn’t love a good bad-beat story? Oh, everyone? Too fucking bad.
I finished my main league from work in 1st place for the regular season and secured the 1st round bye. In the second round, my team put up a solid 126, strong enough to beat every one else in the league. However, this is the roster I ran into. He set a goddamn league record for scoring, then couldn’t crack 100 the next week in the championship. I wound up 3rd out of 12.
https://flic.kr/p/CFywKX

I care because you are not happy.

Good to see Penn playing on national TV, only down 32-5 to Villanova. Yeesh.

Also the Gratuitous Simpson’s League is far from decided my friend. If Demaryius Thomas can put up a mere 65.54 points I am right back in this thing.

Holy hell did my team pick the wrong week to eat the entire bag of dicks.

I did bad and I feel bad.

In my paid ESPN league, my team (Tom Brady’s Deflated Balls) is 3 points away (Come on AJ Green and Brad McManus!) from going to the Championship game.

In my Yahoo league, San Diego Gritcoins is 6.5 AJ Green points away from the Championship game.

I was in two other Yahoo leagues this year. Didn’t finish higher than 5th in either of them.

I’LL GET YOU NEXT TIME, BALLS OF STEEL! NEXT TIIIMMMMEEE!!!!

Dr. Claw sure loves jackin’ it.

My FF teams are undefeated 3 years running because I have not played any FF in that time. 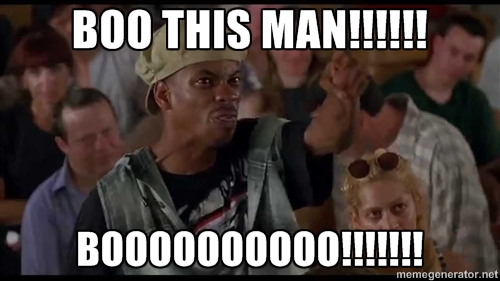 Huh, what are the odds that the image I chose was already used on DFO.

One (4-8) non-playoff performance; one (6-8) and still battling in the consolation playoffs performance. Not really sure what happened because I must have had the cumulatively highest paid roster in both my leagues. That I’m shocked this didn’t translate to wins makes me Fantasy Dan Snyder, I guess.

56MillilitersOfFury was positively flaccid this season, limping its tiny way to a 17th place finish in the insanity league. At least it was two places above my draft position.

I thought that it was a lot of stupid fun and I’m definitely going to set it up again next year.

Congrats to Balls on his winning the whole nothing. At least he beat WCS’s homer ass.

WhooHoo! Thanks for setting it up this year. It was indeed a lot of fun!

I, too, enjoyed Insanity League and hope to be a part of it next year. Especially if the rules can be updated to crush the value of any WR who has a drop or any RB for putting the ball on the ground.

All players already get -3 for a fumble, -5 for a lost fumble.

There is no drop penalty possible in the Yahoo scoring format.

In my money league for troglodytes (sample team name, sigh, “Damn The Irish”), I stopped caring after Week 8. But Los Traidores can finish 3rd in Sill’s league. Of course I’m patting myself on the back.
Thanks Sill for setting it up, and Balls for the invitation.

The Insanity League was great because Alex Smith was one of the best QBs every week.

You’re not going to find that anywhere else, especially Kansas City.

The team names in the La Familia league kill me. They are exactly what I’d expect from a bunch of Raiders and Cowboys fans.

Oh, and I lost in the first round of the playoffs of both of my 12-team leagues. Check out this roster and let out a low whistle when I tell you that these guys took my team “Ghost in a Jar” to a first place finish in the regular season.

You should be running the Browns.

Looks like that’d be a fun group if you were running a Lake Minnetonka Sex Boat excursion.

Giant Fingerblasters: Bounced in round 1 of the playoffs, won 5th place game

Please tell me you used an image of Billy from Predator as your Giant Fingerblasters mascot.

BTW, if Steve Harvey is the one who crowned you champion we might need to double-check the results.

You know something, you’re right though. I don’t care.

Pfft. Loogit this fuggin’ winner over here. Hey! Winner guy! How’s it feel to win all the time, huh? Must feel pretty good, right? HOW YOU LIKE WINNING NOW?