[In attempt to meet my quota from the #content mines, and in respect of Canada’s 150th birthday this coming July 1, I am republishing my Flag Day post from last year, with updates to obsolete information & additions of information I found fascinating for my students. If you emigrate here, you’ll need to know some of this for the test.]

Canada’s Flag Day is February 15th. As with most things Canadian, the change is not the result of war or an incident of historical significance, but of tedious discussion & debate around what the “nation” was at that time.

Canada’s centennial of independence from Britain was due in 1967. In advance of that date, a number of politicians thought about upgrading certain national symbols and institutions to reflect the country’s growth out of colonial status. However, as befitting the changing of such an important national symbol, a discussion about national symbols turned into a debate about the national and ethnic identity of the country as a whole.

The old flag clearly represented British heritage. Canada had fought two World Wars under those colonial colours, and there was a natural hesitation among those of British heritage to “abandon” the monarchy by amending the flag. At the same time, the major world powers that Canada saw itself as equal to only considered Canada as an appendage of Great Britain. The US only recognized Canadian independence in 1927 – after Britain announced through the Balfour Declaration that its “dominions” were able to create their own, independent foreign policy – and only considered Canada worthy of “embassy status” in 1943, in advance of the Quebec Conference. Even until the late-1980s, the branch of the US State Department that handled Canadian relations was also responsible for monitoring British overseas colonies. The Prime Minister of the day, Lester B. Pearson, saw the updating of national symbols as a way to make a symbolic advance on the world stage. Since he was from the Liberal Party, and they had a significant portion of their MPs from Quebec, some saw Pearson’s move as a sop to the non-British wing of the party.

During this same era, nationalism was beginning to emerge as a political force in Quebec. The 1960s were a time of ethnic unrest among minority populations around the world, and for a significant portion of Quebec’s population, there burns the constant desire to create their own country. A separatist premier (i.e. – equivalent of a US governor) of Quebec, a man named Rene Levesque, once called Quebec a “French lifeboat surrounded by an English sea”. He intended to form a government in Quebec and engineer the proper conditions so people would willingly vote to leave Canada. Outside of politicians, the separatist movement gave birth to a terrorist movement, the front de liberation du Quebec or FLQ. They felt politics moved too slowly, and that direct action was necessary to force the changes they wanted. (The FLQ came about in the same era that gave western Europe the Red Brigades and the Baader-Meinhof Gang, although the FLQ actually had more in common with the IRA: “Are you with us? Then you’re against us.” BOOM!)

Finally, emerging federal multi-culturalism policies were emphasizing a “Canadian” identity. Canada, especially after World War Two, began accepting immigrants from more areas than “traditional” sources. The peoples coming to Canada did not represent English or French, and wanted their new country to give them a form of equal representation at the federal level. Sometimes, the essence of “being Canadian” is proving you are “not American”.

The debate lasted two years, over colours, symbols and meanings. According to records of the day, 3,541 entries were submitted, many containing common elements:

One condition of the change, as promoted by the committee head, was that the design “be easy for schoolchildren to draw”, so that’s what eliminated the beaver & moose from consideration.

After a summer of taking submissions, and 6 weeks of debate, shortened by the forced closure of debate by the ruling Liberals (with help from the CCF & creditistes parties, the red and white version was approved on December 15, 1964, and became official February 15, 1965 – “Flag Day” (since 1996). Of all the versions submitted, this choice was made because:

As Canada embarks on a year of sesquicentennial celebrations, the Maple Leaf has been updated as a part of the official symbolism of the event, and they’ve developed a new typeface to further identify this occasion. The typeface supports Canada’s two official languages, as well as our country’s Aboriginal languages, and includes all Latin characters and accents, common Cyrillic characters, and syllabic and diacritical elements contained in Canada’s Aboriginal languages.

In comparison, the US Flag has its recognized origins on June 14, 1777, when the Continental Congress decreed:

That the flag of the United States shall be of

with a union of thirteen stars of white in a blue field,

It was first carried in battle on September 11, 1777 at The Battle of The Brandywine, the largest battle (by troop numbers) of the War of Independence. It was a one-day battle, where an overwhelming defeat of Washington’s forces led to the eventual British capture of Philadelphia on September 26, 1777.

Unofficial observances of a US Flag Day date from the 1880s. The generally recognized first comes from Wisconsin teacher BJ Cigrand, who started the tradition in his classroom in 1883. In 1893, the Society of Colonial Dames, led by Franklin descendant Elizabeth Gillespie, pushed for civic recognition of the date in Philadelphia. Flag Day became an official date of observance in 1949, when President Truman signed an Act of Congress declaring June 14th “National Flag Day”. Like Canada, it is a day of observance but not a “national holiday”.

From the Smithsonian page on the history of the flag, here are some interesting US flag facts:

If the US ever adds more states, I expect that flag changing discussion to dwarf the current, expected minimum 6 months about what to do with Trump’s Supreme Court nominee.

At any time during the course of a year, at least one country is having a national debate about changing its flag or other equally prominent national symbol. New Zealand was the most recent, having held a mail-in referendum during March 2016.

The flag on the left was the proposed new flag, selected from a choice of four in a separate referendum. The one on the right is the past & current flag. The vote to retain the current flag passed with 56% of the votes in favour.

In conclusion, I leave you with the salient words of Eddie Izzard on the concept of colonialism and flags.

Beerguyrob
A Canadian man-child of indeterminate age, he stays young by selling alcohol at sporting events and yelling at the patrons he serves. Their rage nourishes his soul, and their tips pay for his numerous trips to various sporting events.
Please Login to comment
6
15
0
7

[…] is so much excellent content today, there’s no need to be selfish & repost the repost, so I’ll link it here if you want to read […]

You tricked me into learning about Canada! 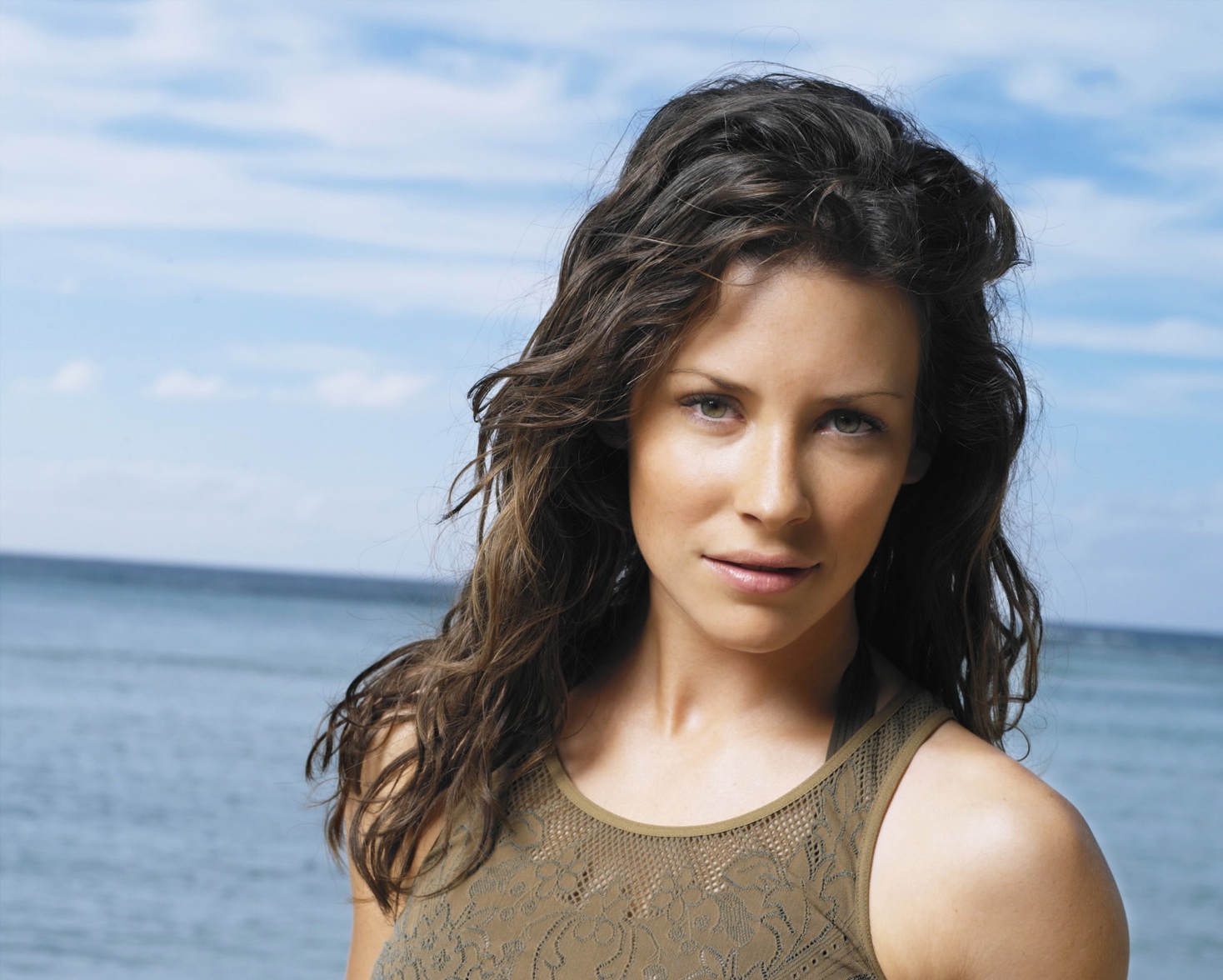 [Comes back and profusely apologizes]

I loved this post the first time around. Thanks for updating it!

Thanks. I liked the ability to clean it up & add new facts, since I was doing it for my class anyway.

How many holidays do you guys get?

Says the guy who has next Monday off for a holiday.

Usually one per month. In February, we have “Family Day”, which takes place the second Monday in BC, but the third Monday in the rest of Canada. Because politicians are idiots.

Next on the list will be the Good Friday / Easter Monday exacta in April.

How many months (mounths?) are in the Canadia calendar?

13. Since we’ve adopted rabbinical or Sharia law (depending upon which alt-site you read), it’s much easier to figure out dates, because they align with the cycles of the moon.

Do the rabbinical holidays control 0.76 of the banks?